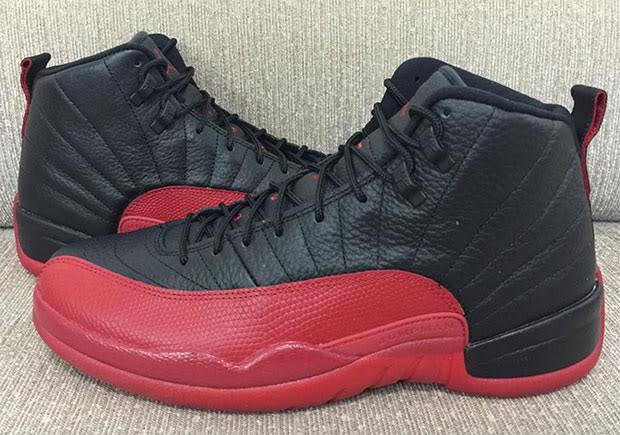 A Detailed Look At The Air Jordan 12 “Flu Game”

Michael Jordan’s infamous Flu Game wasn’t even caused by the actual flu. Instead, those legendary “flu-like symptoms” that hobbled Michael Jordan during Game 5 of the 1997 NBA Finals was caused by some bad Salt Lake City room service apparently. Regardless, the fact that Mike willed his Chicago Bulls squad to a victory created quite a buzz and the black and red Air Jordan 12 pair he wore stole the nickname shortly thereafter. This year’s Air Jordan 12 “Flu Game” will drop on May 28th for $190 and sees the return of premium tumbled leather and Varsity Red accents, unlike 2009’s pair that featured a different take comprised of nubuck and unique details honoring the point tally Mike scored during Game 5. Traditionalists will take solace in knowing that the true and through OG detailing arrives in remastered form. Check out more detailed photos of 2016’s retro below and stay tuned for more Jordan release dates right here on Sneaker News.