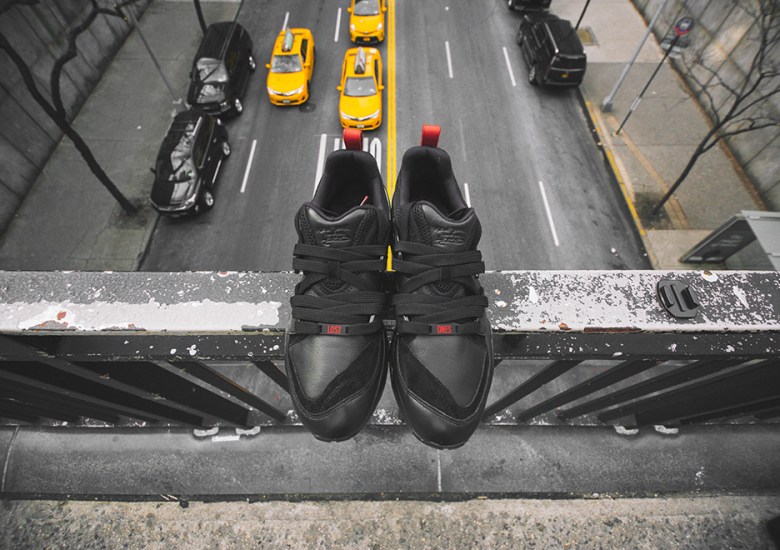 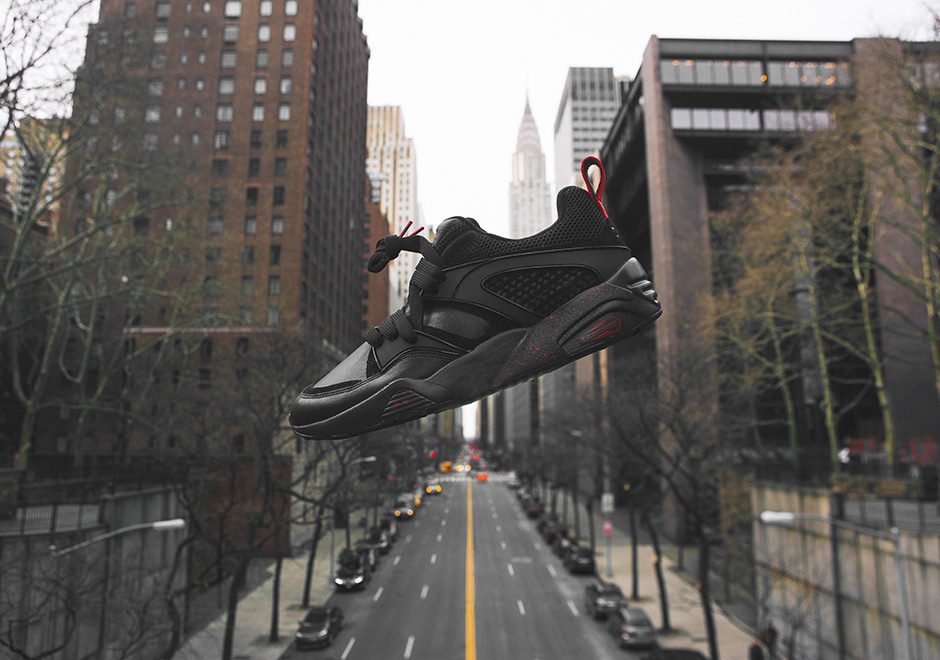 There’s a profound power in sneakers that has developed mightily over the years. Back in the day, an eccentric pair of kicks made you the talk of homeroom class. Somewhere down the line, they became a means of financial growth, and we all know how big the re-selling aspect of the industry has been. There is no geographical territory left uncovered by sneaker culture, and thusly the potential for shoes as a delivery medium for an even greater message is fairly limitless, but very rarely do we ever see a release be used for that purpose.

The latest drop for the weekend comes and goes and the because of the sheer amount of collaborations that are around these days, impressions are hard to be made. Late last year, Puma teamed with Rise of Huntington Village, the Long Island-based shop that is just beginning to develop its collaboration portfolio. We were instantly enamored by the design; premium red leather uppers, speckled midsoles, and heart-shaped cut-outs on the heels of the Blaze Of Glory spelled out one of top store collabs of the year, but we soon learned that the shoes were just part of a greater story that traces back over two decades. 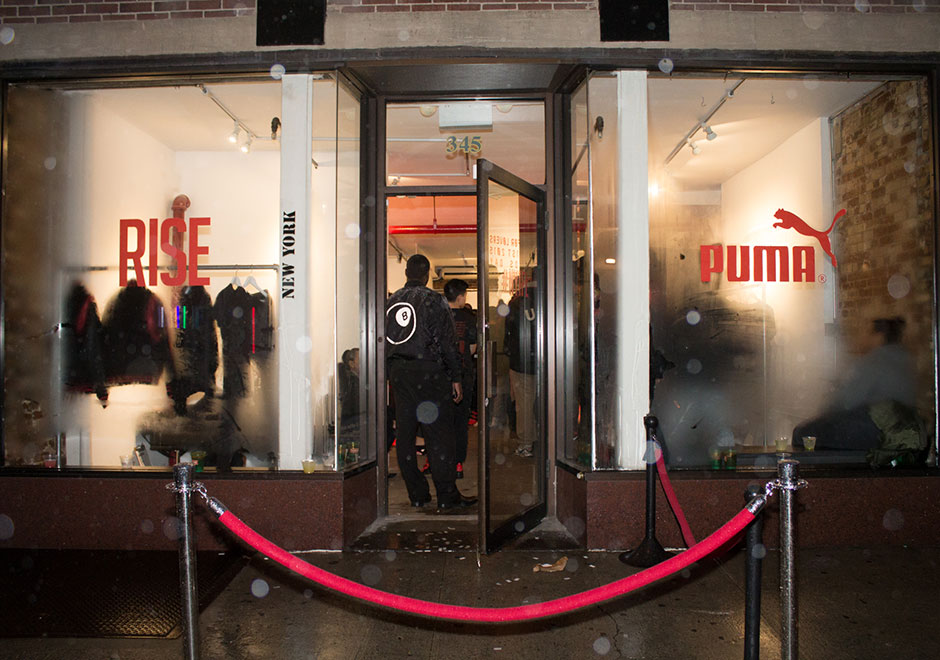 Above: RISE and Puma open up a special pop-up shop for the release of the first #NYIFL sneaker.

In November 2015, Chase Peso, co-founder of RISE, unveiled “New York Is For Lovers”, a heartfelt capsule of footwear, apparel, and accessories inspired by his father’s battle with HIV/AIDS, the disease that took the world by storm in the 1980s that continues to affect individuals, families, and communities today. While the global public appears to be aware about the disease, HIV/AIDS is still a tough subject to discuss for some, and footwear brands have actually shied away from the opportunity to tell Chase’s story. Puma, however, found the mission to be admirable and joined forces with RISE for #NYIFL.

After a successful global launch on World AIDS Day on December 1st and a special release event in downtown New York City, RISE and Puma raised $15,000 towards HIV/AIDS research. The signature red/black Blaze Of Glory reached store shelves of the world’s most respected retailers and through shoes, Chase managed to share his story across the hemispheres. This Saturday, RISE will present the second installment of #NYIFL with “The Lost Ones” – a 500-pair exclusive that you can only get through RISE. We had the opportunity to talk to Chase about his project, so read more below and get a worldwide exclusive look at “The Lost Ones” below. 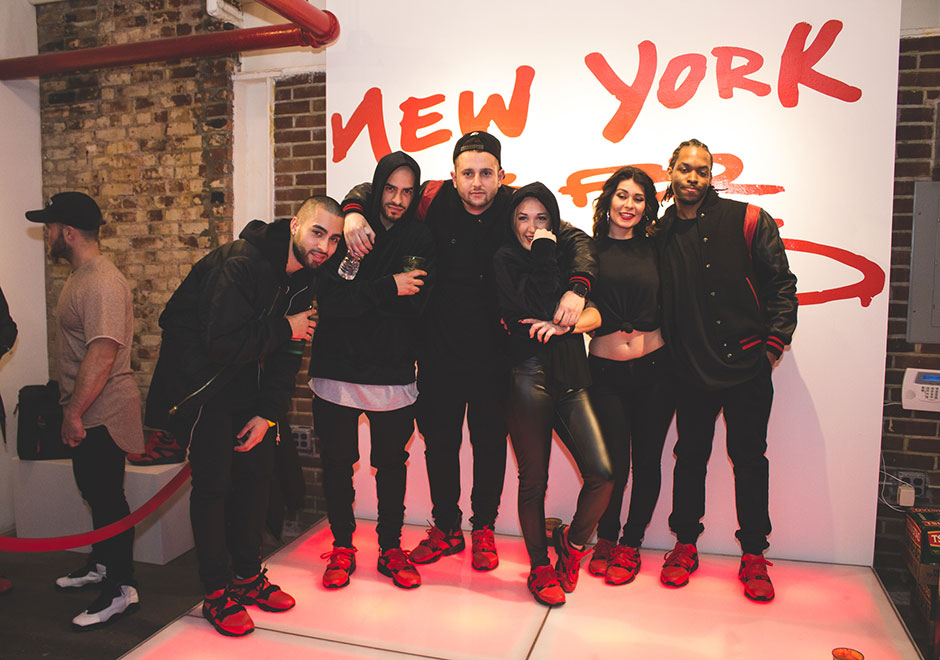 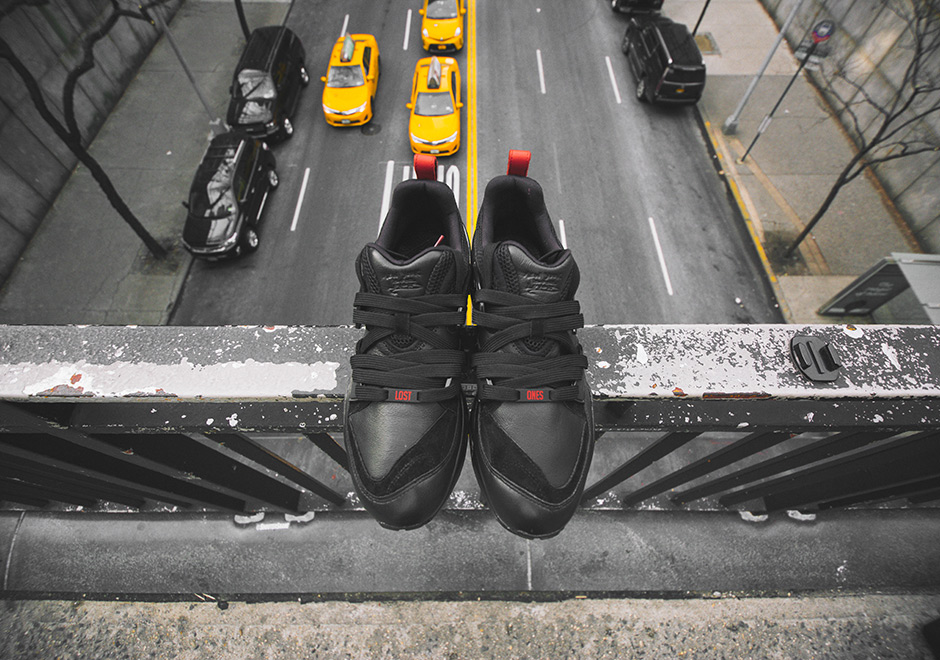 Above: RISE NY’s second installment of #NYIFL called “The Lost Ones”

Sneaker News: HIV/AIDS has affected your family and countless others for decades and it seems that the #NYIFL project has been in your thoughts for a while. Why now, and why Puma?

Chase Peso: “New York Is For Lovers” has lived in my mind for more than 20 years. It is something very real to me. Losing my Father to HIV/AIDS impacted me and my family tremendously as the disease has affected so many families. This isn’t just another collab… it is a call to action.

This isn’t an easy story to tell. So, in complete honesty, when I presented the idea to Yassine and his team from PUMA’s HQ, I was prepared to be shot down. But the concept won them over and I couldn’t be more thankful. They gave me the chance to communicate something much larger than a traditional sneaker collaboration.

They afforded me a platform to really make a difference. And, once amfAR signed on, we were off and running. 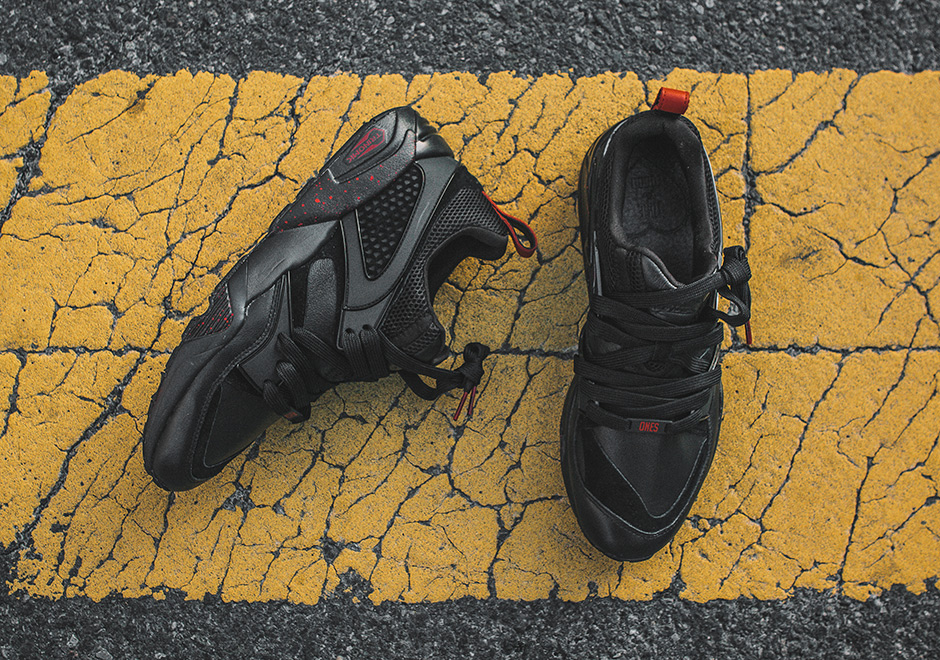 SN: You mentioned that other brands shied away from the subject matter. In what ways was Puma more receptive?

Chase: I completely understand why some brands would be reluctant. The subject matter isn’t exactly easy to discuss. Couple that with the fact that the audience isn’t consuming these collab projects at the rate they had been just a few months ago and it makes sense for a corporation to turn down a project like “NYIFL”.

Thankfully, PUMA saw this as an opportunity to make an impact and participate in a larger conversation. They showed complete trust in my team and I to execute and deliver this story. I can’t thank them enough for that. 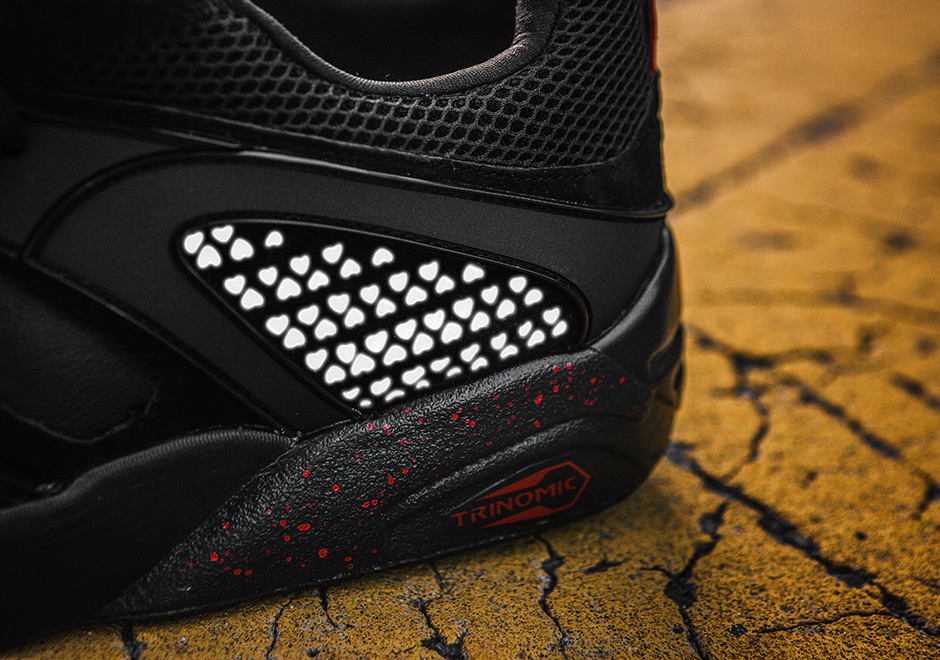 SN: About the shoes – did you have the Blaze Of Glory in mind, or was that something offered up by the brand?

Chase: The Blaze Of Glory is the shoe I selected. It’s been a favorite of mine for years. I had never seen anyone handle that heel counter in the way I did — for years I envisioned those heart-like perforations being backed by 3M. It wasn’t easy to execute, but PUMA was willing to create a new die-cut to make it happen for me. Being given the ability to alter one of their heritage silhouettes is something I’m very proud of. 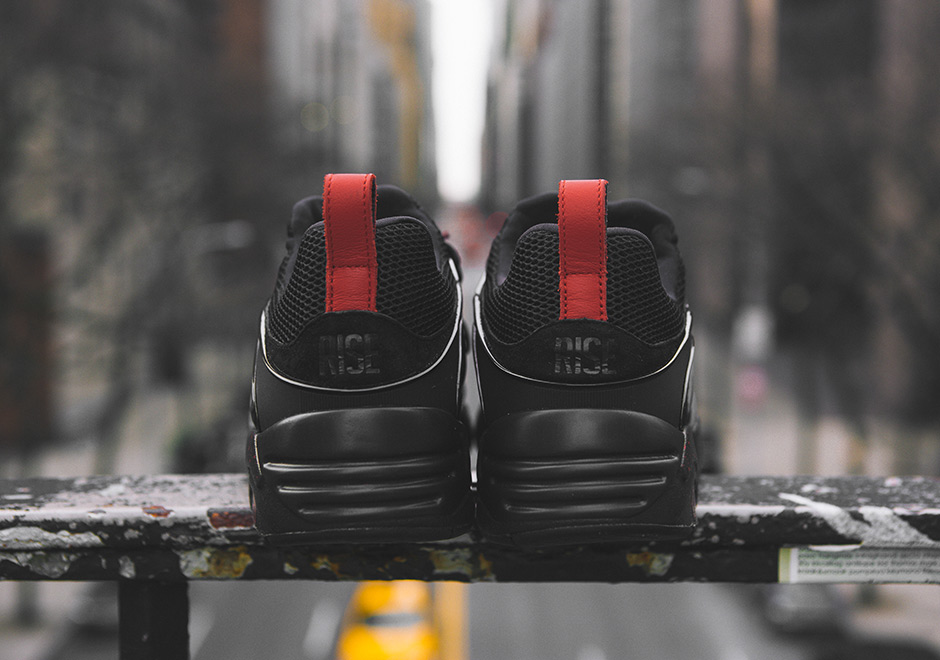 SN: Can you elaborate more on “New York Is For Lovers” and how that translated into the final design?

Chase: I’ve always felt that as New Yorkers, we’re automatically branded as assholes by outsiders. “I Love New York” is more than just a slogan for shopping bags, it’s a way of life. In my mind, to love New York is to love New Yorkers. All New Yorkers. And, by educating each other and looking at these issues honestly and seriously we are fighting to erase stigma, whether that stigma is as a New Yorker or as someone who is fighting an illness.

This project is more than just my story. So many folks have been impacted in so many ways. We’re using the social force of a global footwear collaboration as a tool to lift others up and away from the fate that millions have already found, and change the path of those already there.

As to translating that to the product, we all know that hearts are traditionally symbolic of love. So the choice to use this universally recognized icon was important in communicating why we developed this concept. To really know someone is to love them. And, to care for someone and remember someone who you’ve lost is a very visceral feeling. This release, titled “Lost Ones”, pays tribute and sends love to those who are no longer with us. 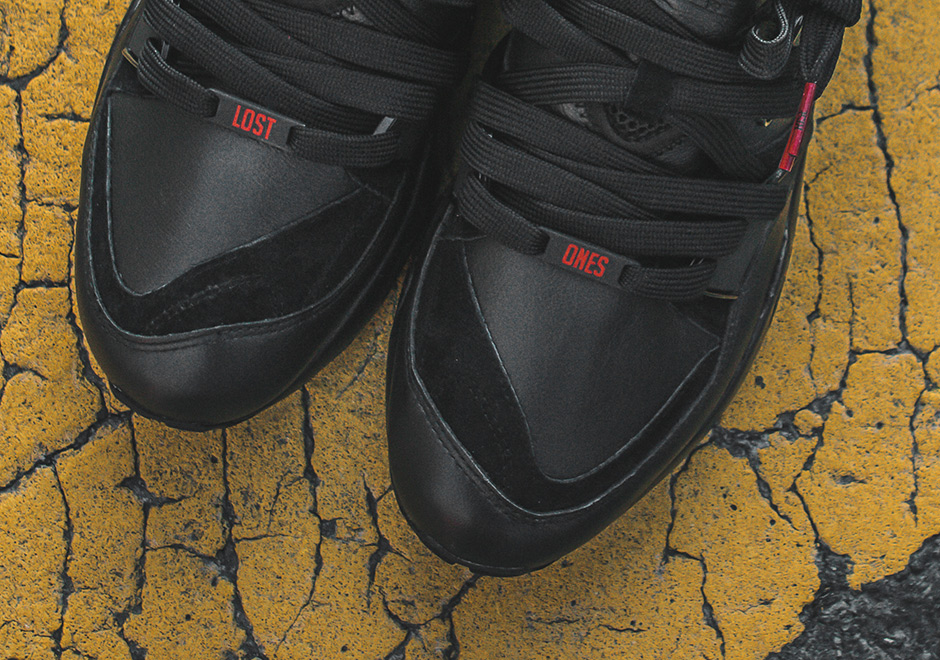 SN: What is your big-picture goal with #NYIFL specifically in the sneaker community?

Chase: Thankfully, the concept has been received very well. I wasn’t sure if the culture would embrace it, but I am incredibly happy that they have. That tells me that our audience is still very much interested in meaningful stories.

We’ve had discussions with a variety of (footwear and apparel) brands regarding “New York Is For Lovers”.
My goal is singular. I’m here to help. I will do anything I can do to help protect another young boy or girl from experiencing what I did as a child. And, as long as brands are willing to assist in this urgent cause, “NYIFL” will continue to brought to market in a meaningful and tasteful way. 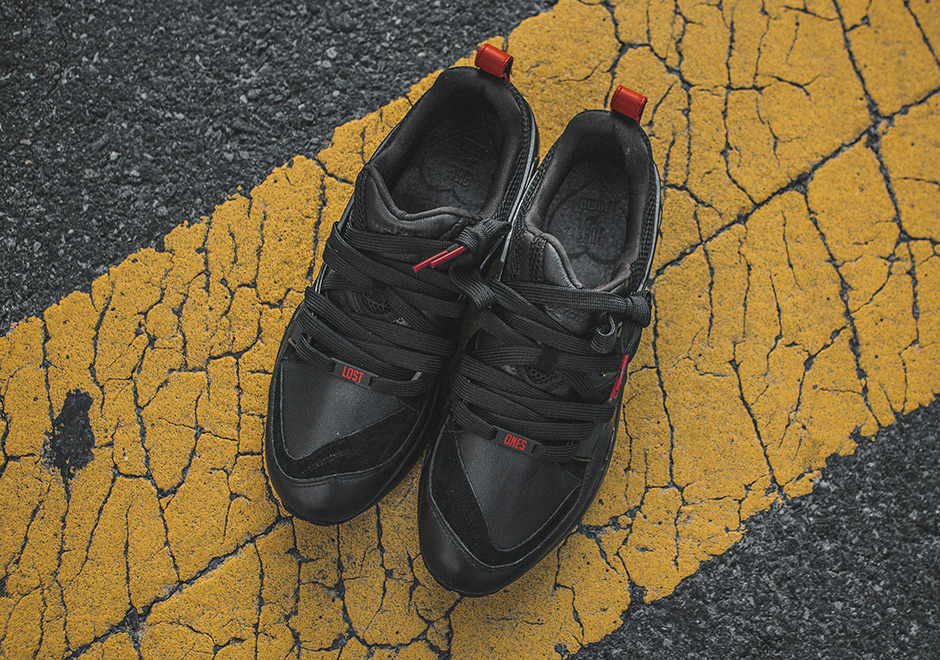 The RISE x Puma Blaze Of Glory “Lost Ones” releases exclusively at RISE45.com on Saturday, February 6th. Only 500 pairs will be released and will not be available at other shops. Follow @RISENY for more updates on their upcoming collaboration.