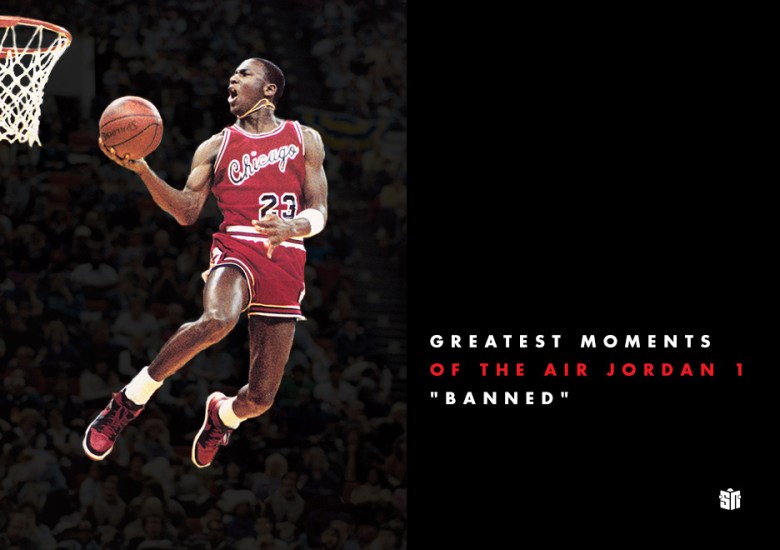 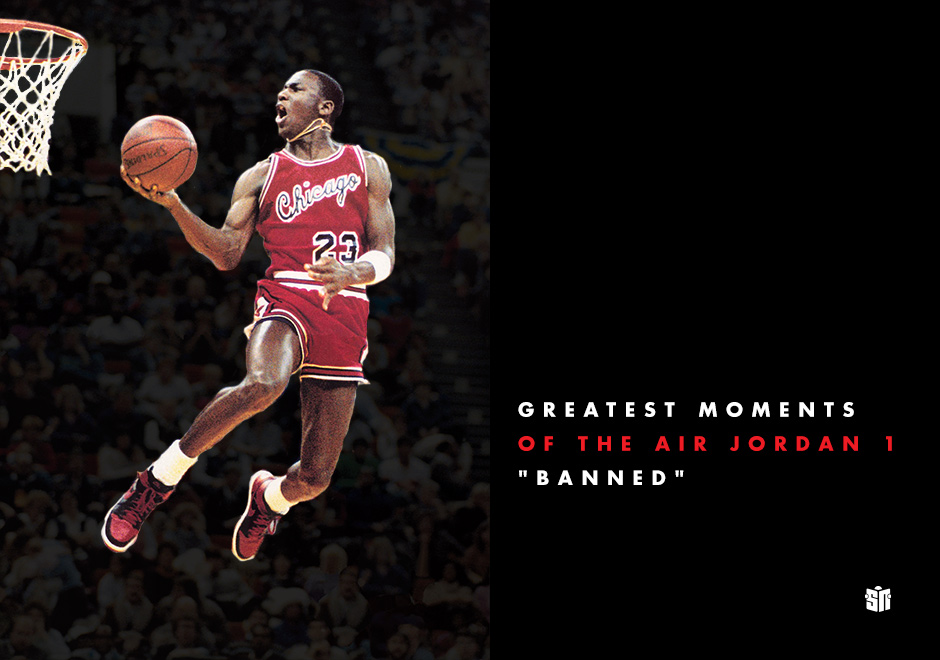 “Black/Red”. “Bred”. “Banned”. Whatever you want to call them, there’s no debate that the original black and red colorway of the Air Jordan 1 is one of the most legendary sneakers of all time. As you probably already know, the fabled shoe is releasing once again this weekend (its sixth release in the original high-top silhouette). So to celebrate we’re taking a look at the black and red Jordan 1’s most memorable moments on and off the court throughout the last 31 years. These are the shoe’s “greatest hits” that have made it into the icon it is today.

Banned by the NBA…Or Was It?

Contrary to what Nike marketing lore has taught you over the years, the black and red Air Jordan 1 was actually not the shoe banned by the NBA. Research done by Air Jordan fans has determined that the “banned” shoe in question was the Nike Air Ship—a shoe similar to the design of the Air Jordan 1—that the NBA took offense to after Jordan wore them in a black and red colorway during the 1984 preseason before the Air Jordan 1 was ready. Not following the NBA’s rule that a sneaker had to be 51% white, the NBA essentially banned Michael from wearing them, and the next game he indeed did switch to a white-based version of the Air Ship.

And that part about Nike paying $5,000 fine every game that he wore the black and red colorway on court? That apparently was part of the marketing myth, as well, since there is no evidence of Michael ever wearing the “Bred” Air Jordan 1 in a game any time that season. Any photos you see of Michael Jordan wearing the Air Jordan 1 in an NBA game will be the “Chicago” or “Black Toe” colorways.

Even though the concrete evidence points to a different reality, the “Banned” narrative created by Nike goes all the way back to the original 1985 ad for the shoe, seen below.

The commercial mentions October 18th 1984, which is the date he wore the black and red Air Ship in a preseason game.

So, the “Bred” Air Jordan 1 was never worn by MJ in a game, but it did make one official NBA appearance: the Slam Dunk Contest at 1985’s All-Star Weekend. A young rookie Michael Jordan—complete with an Air Jordan warm-up suit that he wore during the first round and gold chains throughout the competition—rocked the cradle and took off from the free-throw line, but it wasn’t enough to beat the in-air artistry of Dominique Wilkins to win the event. Michael didn’t come out victorious in ’85, but it still made for some iconic imagery in the black and red 1’s, like the photo you see here.

Another early appearance of the black and red Air Jordan 1 was during young MJ’s visit to the David Letterman show in 1986 after his second year in the league. The “banned” Air Jordan 1 makes an appearance (4:47 mark in the video above) while David and Mike explain why the shoe was outlawed by the NBA because of its lack of white, and then showing the colorway we know as the “Chicago” version that was created to remedy the issue. As you may know, this appearance on Letterman was the inspiration for the “David Letterman” Air Jordan 1 colorway from earlier this year in colors matching Michael’s outfit. 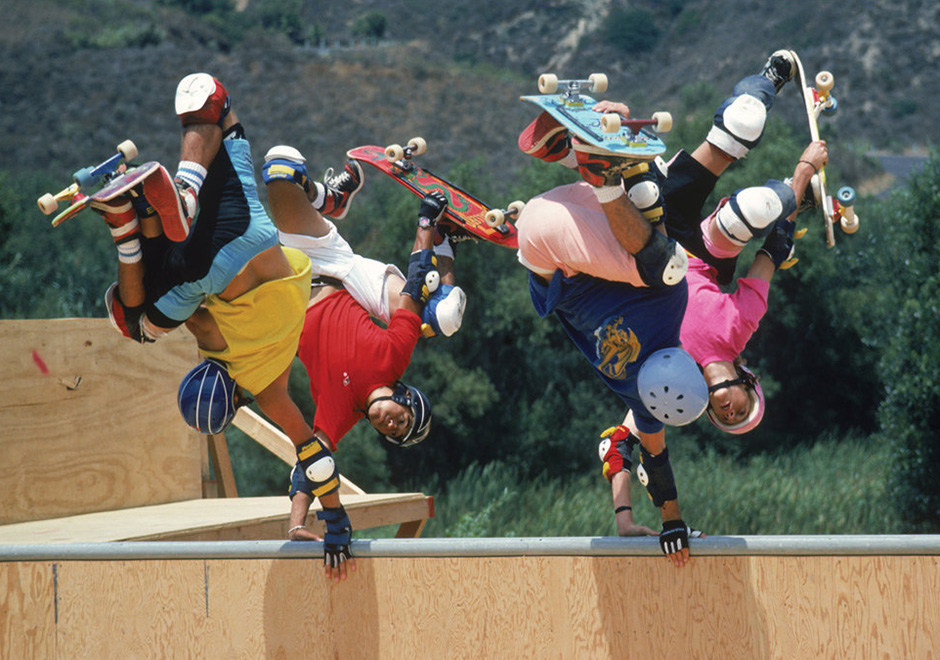 Due to its immediate success and high demand, Nike churned out more pairs of the Air Jordan 1 than any previous basketball shoe in their history. Eventually, demand declined, which meant many pairs ended up on the bargain racks. This was perfect news for skateboarders, who were attracted to the supportive and protective design of the high-top hoops shoe that they could get for cheap. By 1986 the Air Jordan 1 was a staple in the skate world, worn by everybody from the kid down the street to the biggest names in the pro ranks. Skaters wore any colorway they could get their hands on—and often even customized their pairs with their own paint jobs—but the photo above from Powell-Peralta’s The Search for Animal Chin video with Bones Brigade members Mike McGill, Steve Caballero, and Lance Mountain all wearing the black and red colorway while handplanting is no doubt the most iconic imagery of the Air Jordan 1 in skateboarding history. 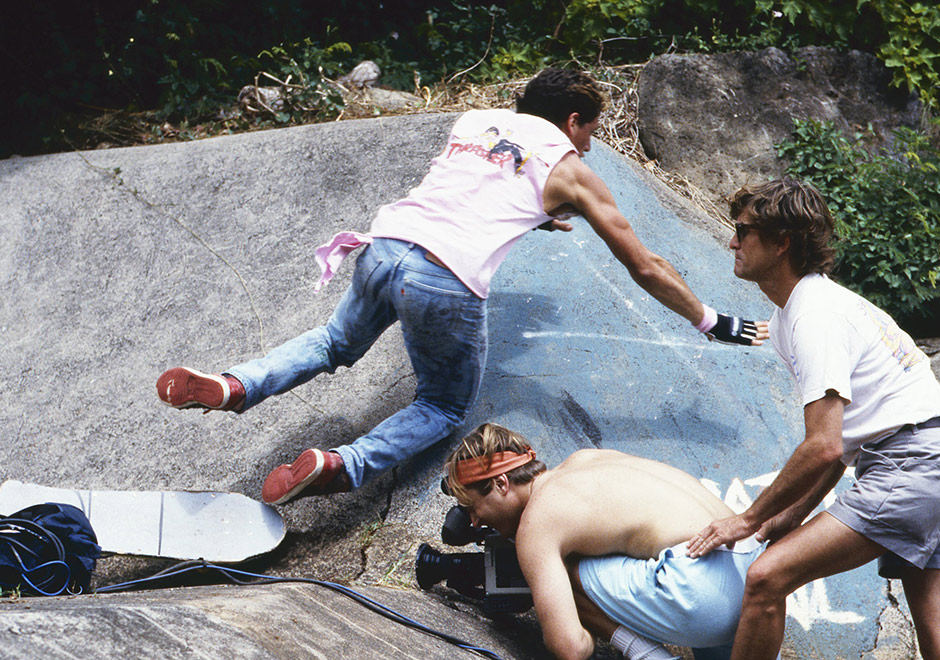 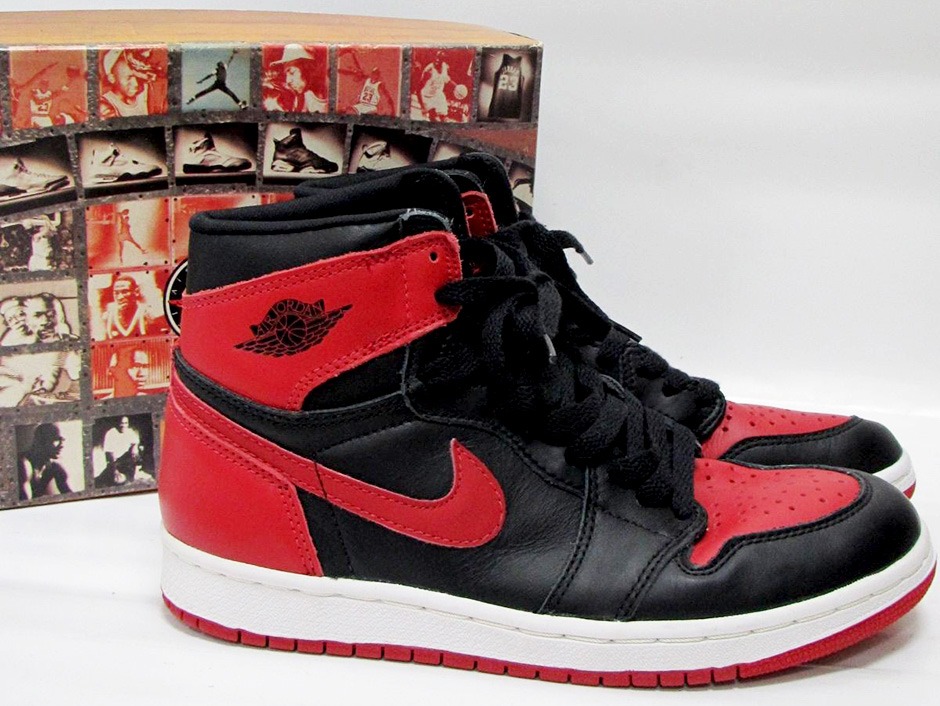 A Retro Ahead of Its Time

Among the first-ever retros of any Air Jordan was the 1994 release of Air Jordan 1 through 3, which included the return of the black and red colorway. The world wasn’t exactly ready for the concept of retro sneakers yet all the way back in 1994, so many pairs of the shoe ended up hitting the sales rack just like its OG counterpart in the mid-80s. While sales weren’t that great, the early re-release of the Air Jordan 1 was incredibly important since it pioneered the retro craze we live amongst today. 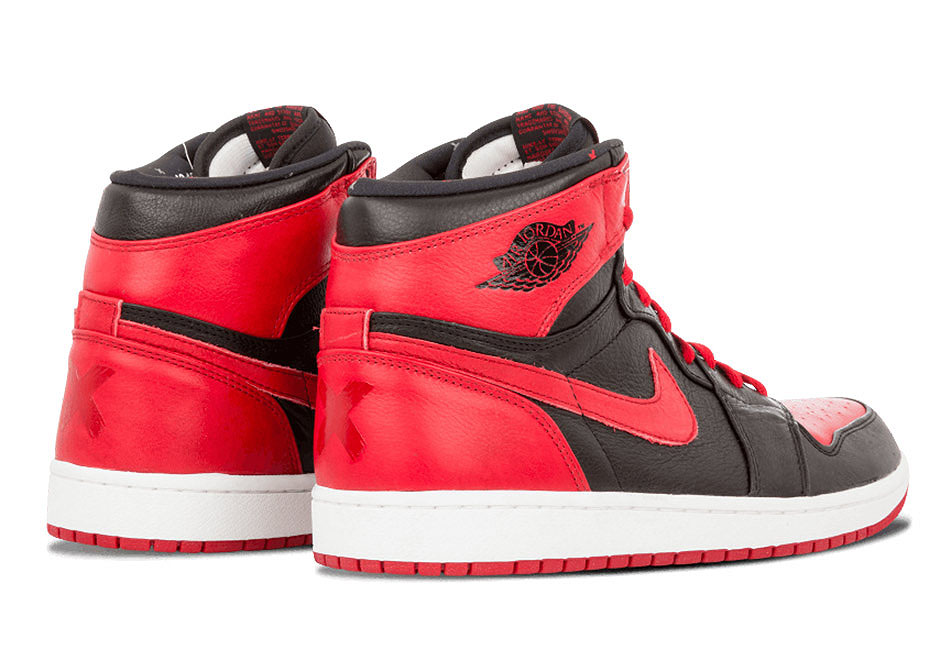 Unusual Release of the “Banned” Version

Playing into the story of the black and red Air Jordan 1 even further, Jordan Brand released an official “Banned” version of the shoe featuring an “X” on each heel in 2011. But it was a very unusual release. All pairs were sold only at Nike outlets labeled as being b-grade quality, despite them having about the best leather quality of any Air Jordan 1 retro we’ve seen. The sneaker world has never gotten any explanation from Nike as to why the now highly sought-after edition of the Jordan 1 released in such a strange fashion, making it one of the most head-scratching sneaker drops of all time. 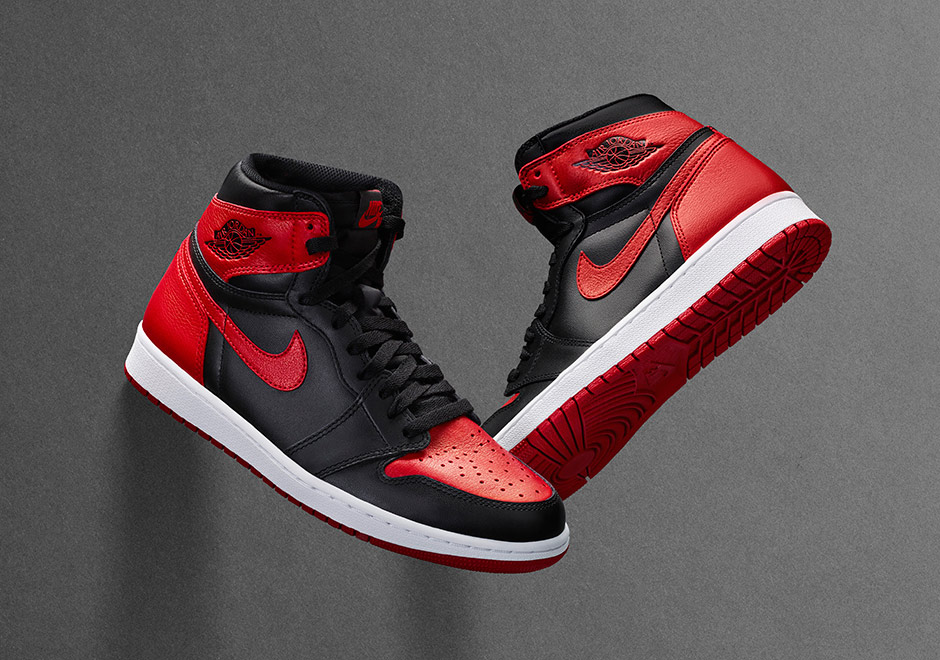 Last but certainly not least, our final pick for the greatest moments in the history of the Air Jordan 1 actually hasn’t happened quite yet, but we know it’s going to be big. This Saturday’s release of the remastered Air Jordan 1 in the more-than-iconic black and red colorway features the overall best quality of materials, shape, and attention to original details we’ve seen on the shoe since 1985. No doubt one of the biggest Air Jordan releases of 2016, we’re betting that this version will be the gold standard of Air Jordan 1 retros for years to come.