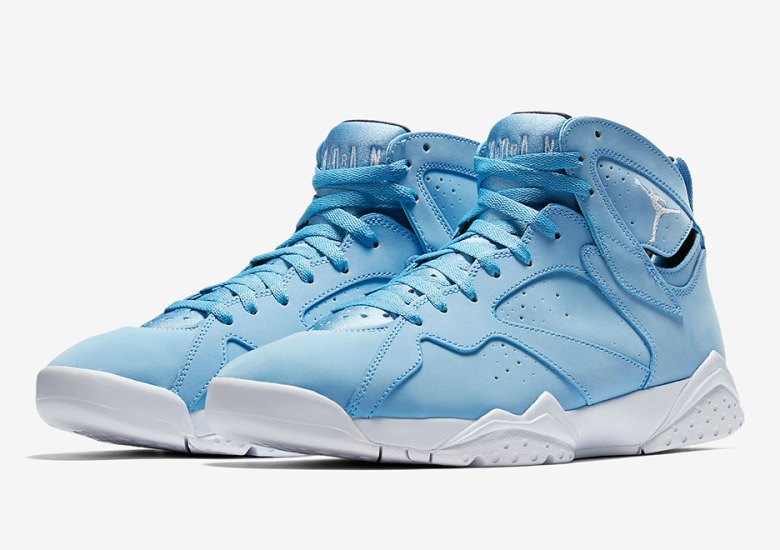 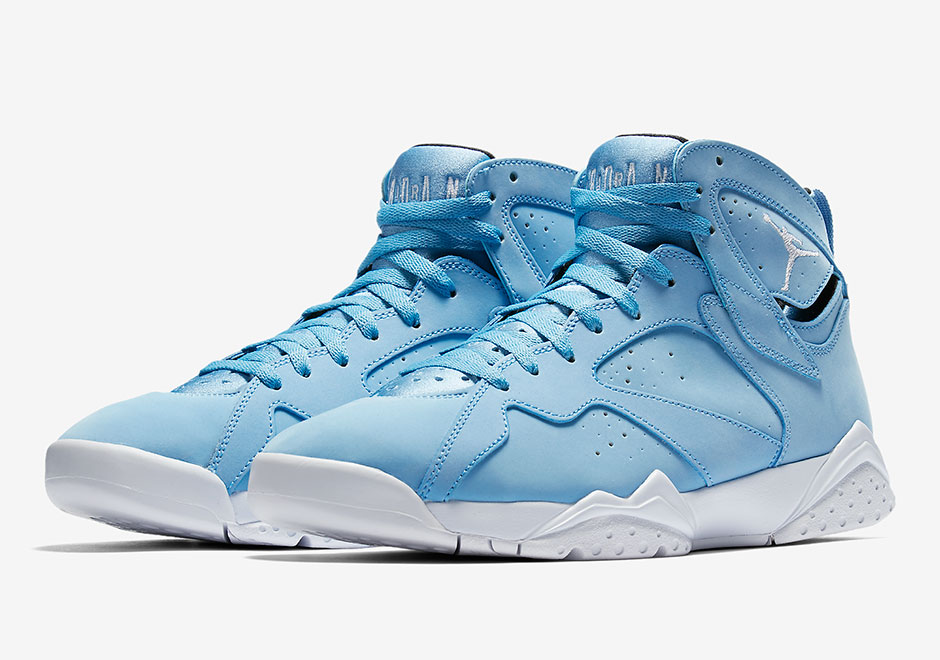 By now you know the story behind this legendary sample colorway of the Jordan 7. Originally known as the Jordan 7 Pantone from the 2010 World Basketball Festival, a collection showcasing Carolina Blue samples to harken back to Michael Jordan’s playing days at the University of North Carolina, Jordan Brand is finally releasing a number of exclusive looks at retail that were once off limits to the public. The Air Jordan 7 Pantone will launch at retailers on April 29th, 2017 featuring a remastered upper to more closely resemble the original silhouette shape of Mike’s seventh signature model, while a University Blue dominates the numerous panels and the neoprene tongue. About the only thing that isn’t draped in the Tar Heels’ signature shade is the black lining and all white midsole/outsole unit to match the Jumpman branding throughout. Check out more official preview images below directly from Nike and be sure to head over to our always updated Jordan Release Dates page for a better look at the Jumpman schedule for the next couple of months. 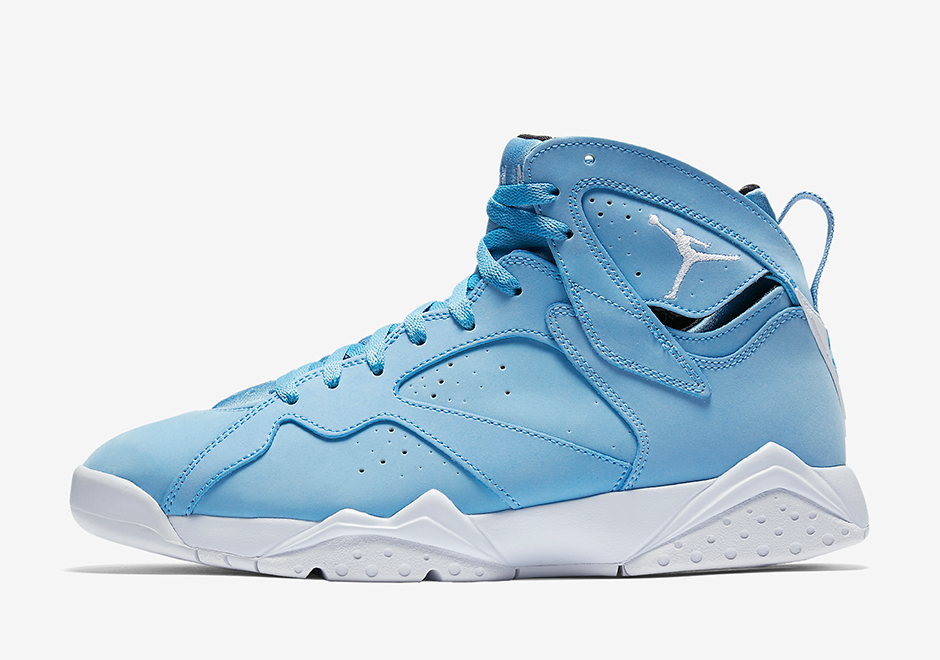 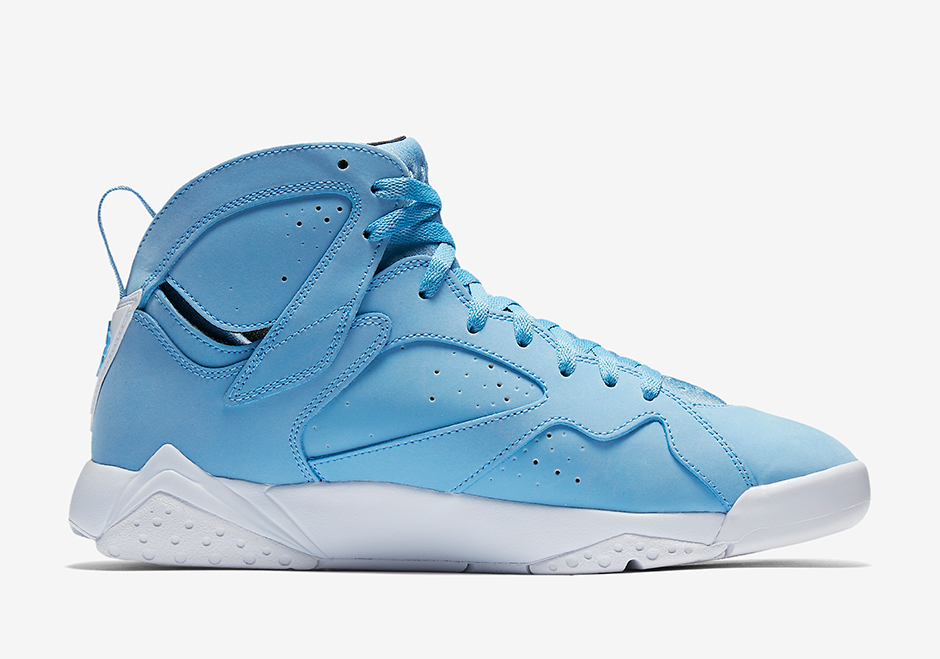 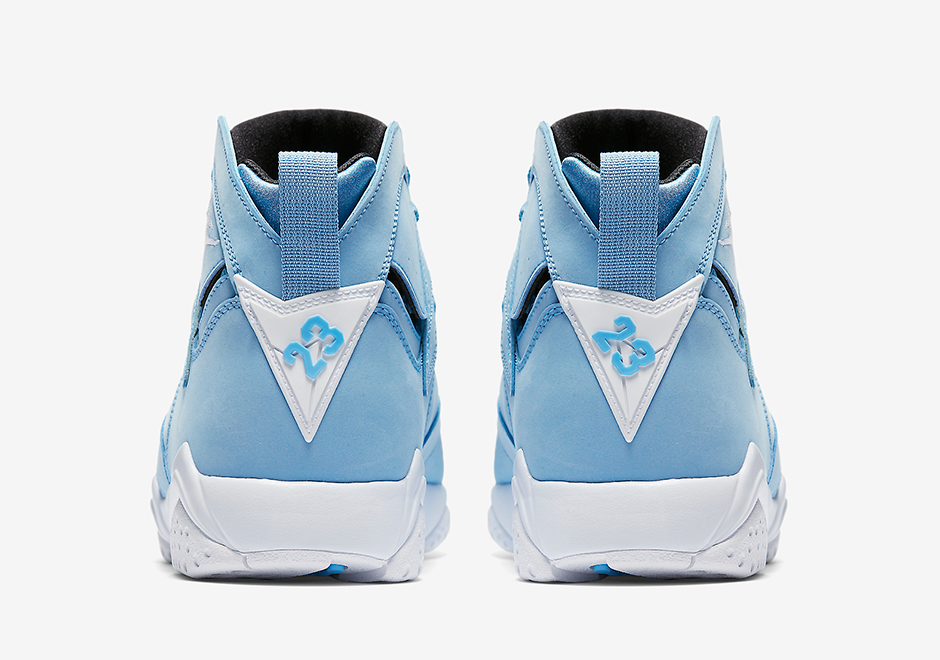 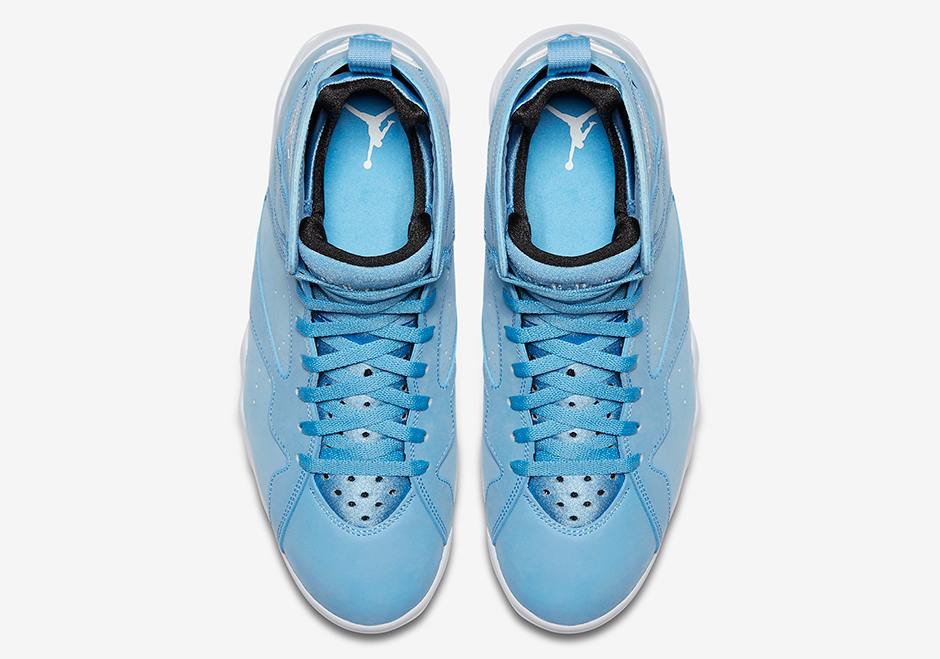 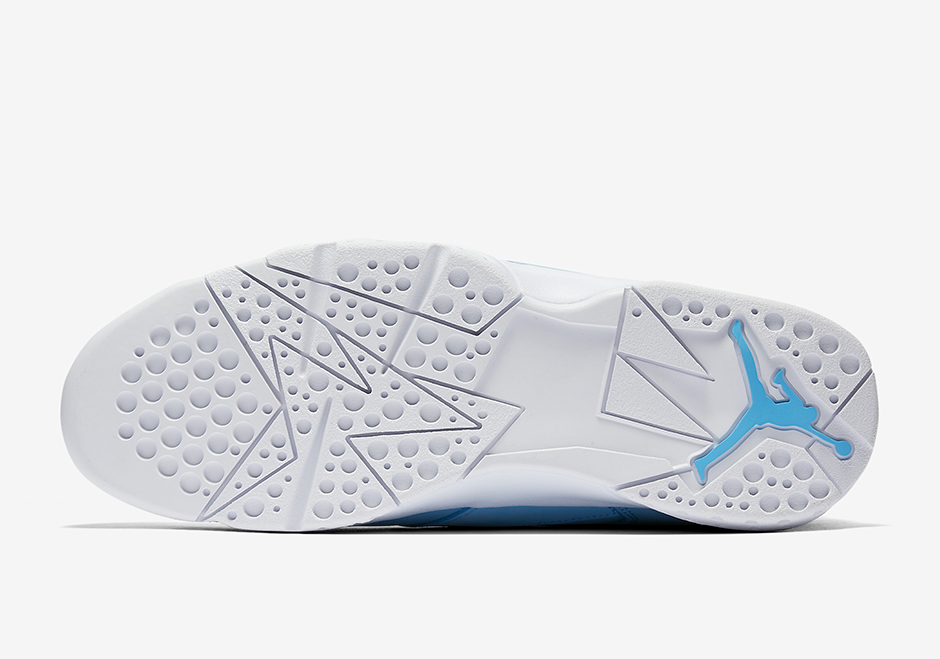