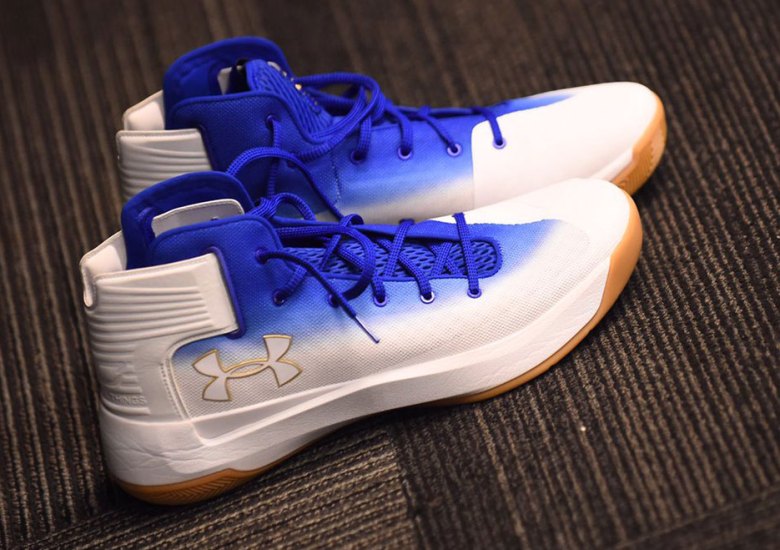 The Golden State Warriors are going back to the NBA Finals for the 3rd straight season, this time with the help of Kevin Durant. They did so in style too, becoming the first team in NBA history to go undefeated leading up to a Finals appearance. So what were the Dubs wearing in Game 4 of the Western Conference Finals? The Warriors official Twitter and Instagram accounts gave us a nice pre-game preview. Steph rocked his new post-season model, the Curry 3ZER0 in a player exclusive featuring a royal to white gradient with a gum outsole. Kevin Durant championed his recently announced KD 10 Anniversary colorway that’s set to release later this week celebrating his 10 years in the NBA. Klay Thompson had his official ANTA signature sneaker on display and Draymond Green showed how diverse a playmaker he is with a head-turning Nike Zoom Rev 17. Andre Iguodala even gave Kobe a shoutout with a Warriors-themed Kobe AD option. Check out all of the Dubs footwear selections below and let us know who you have winning the NBA Finals in the comments section.