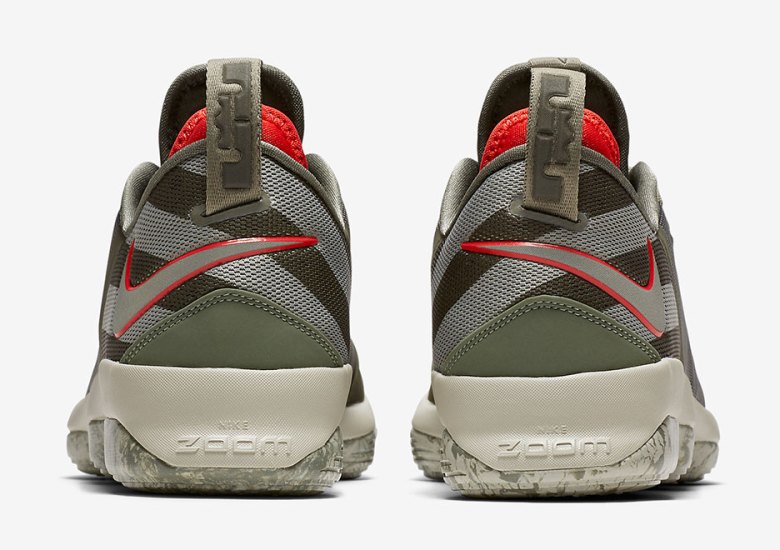 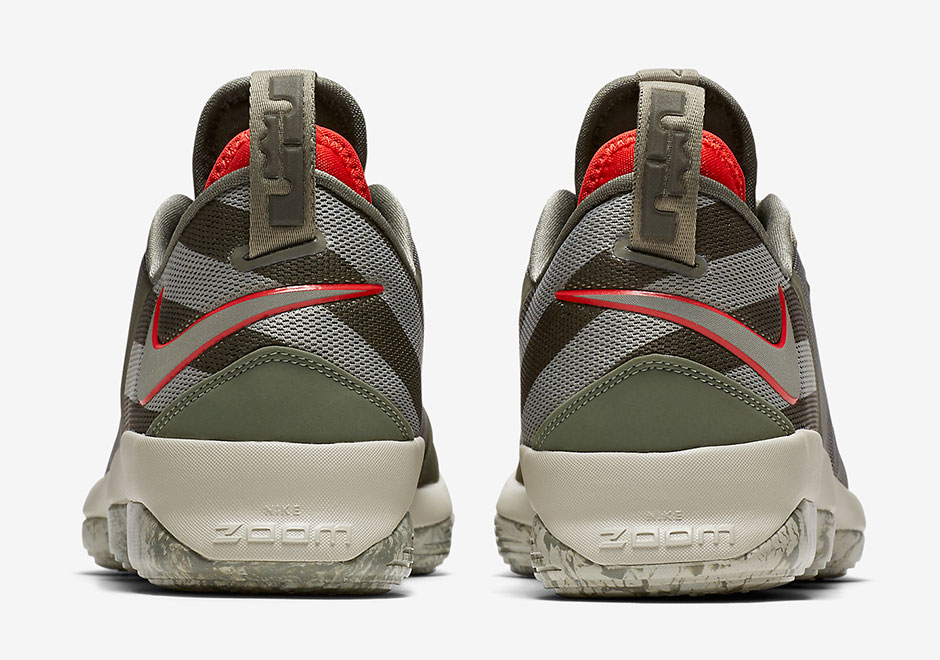 The Nike Air Zoom Generation is releasing in the classic White/Black colorway later this month. It was the first pair that LeBron wore during his first professional game against the Sacramento Kings back in 2003. Now some 14 years later, LeBron has lived up to the hype of being the ‘Chosen One’ and remains to be one of the game’s greatest players both currently playing in the league and on the historical spectrum. While Nike Basketball is prepping for LeBron’s 15th signature model, the summertime is all about the refined and reworked LeBron 14 Low, seen here in a brand new mesh combination paying respects to the military through a “Flight Jacket” inspiration.

Nike and Jordan Brand have both utilizes the bomber jacket aesthetic featuring olive green and bright orange accents throughout the year, most notably on the Air Jordan 8. Here, the LeBron 14 Low ditches the usual woven upper for a more traditional performance mesh adding ventilation to the model. The heel dons bold horizontal stripes with large Swoosh branding while a marbled sole adds a lifestyle finish. Expect this LeBron 14 Low Military offering to arrive at retailers later this month. Stay tuned for more updates, and in the meantime check out the news of the coming Zoom Generation retro. 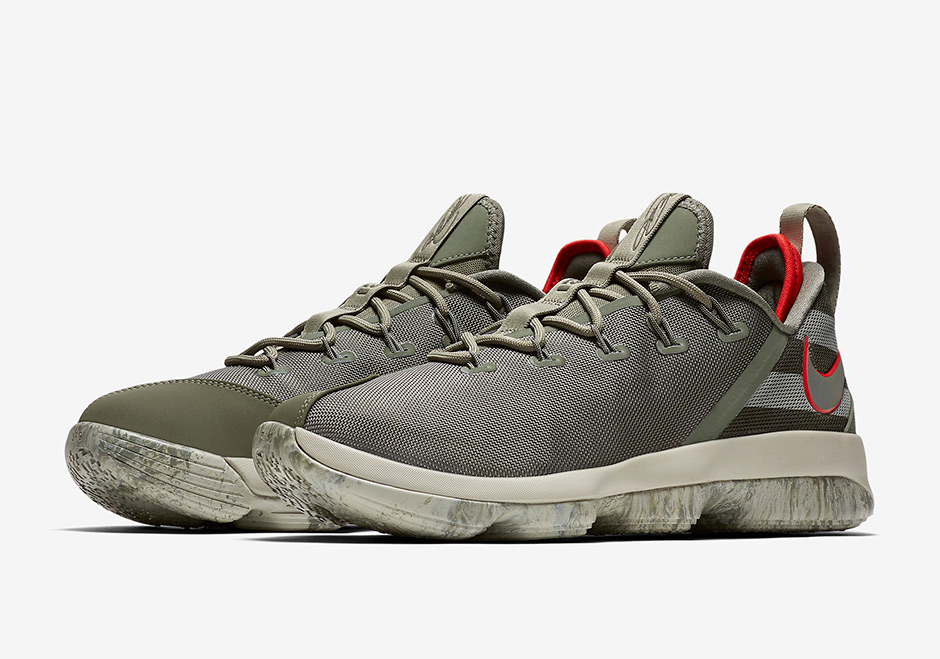 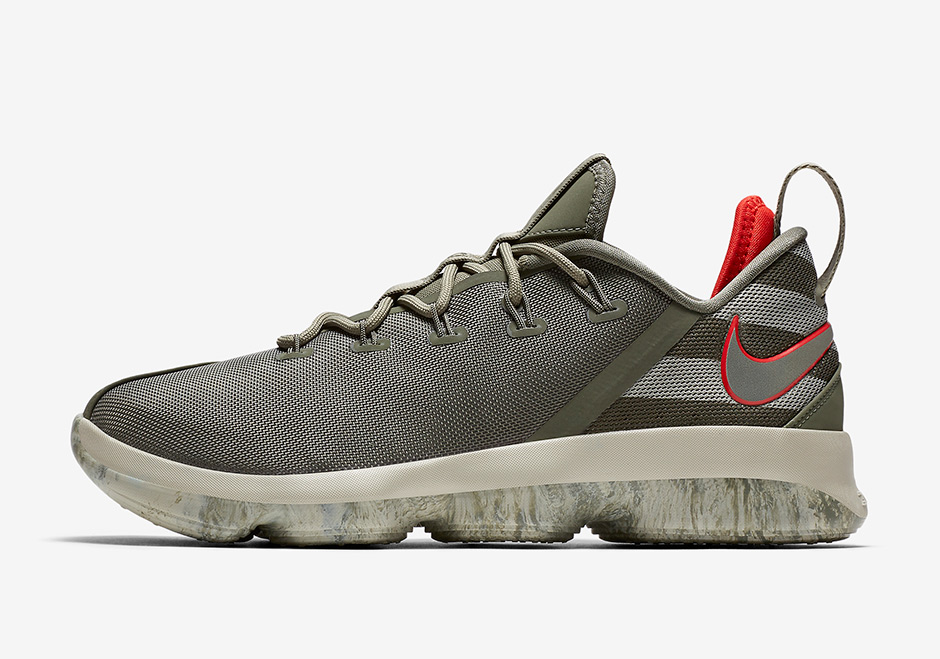 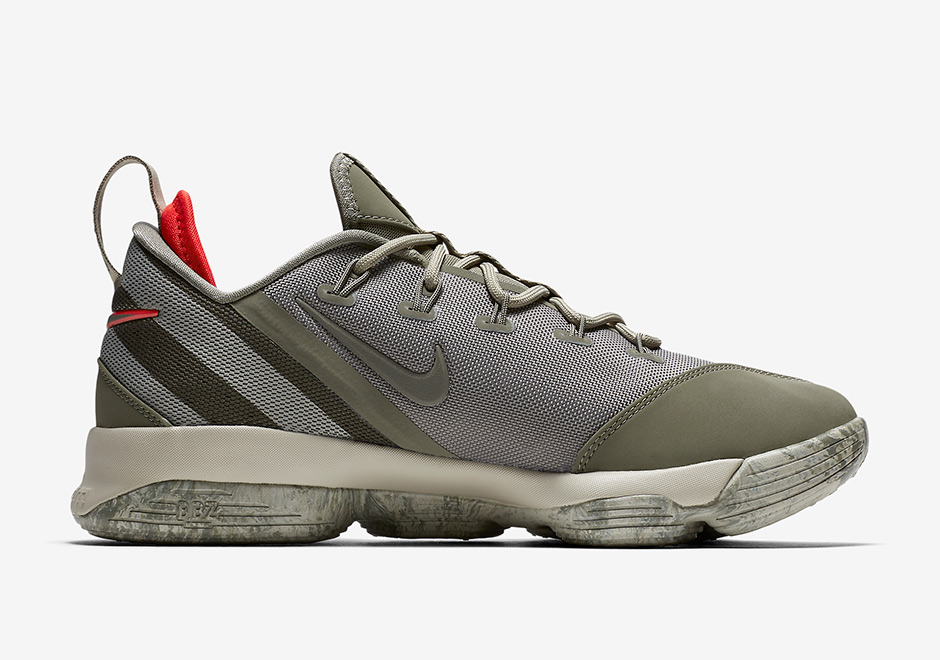 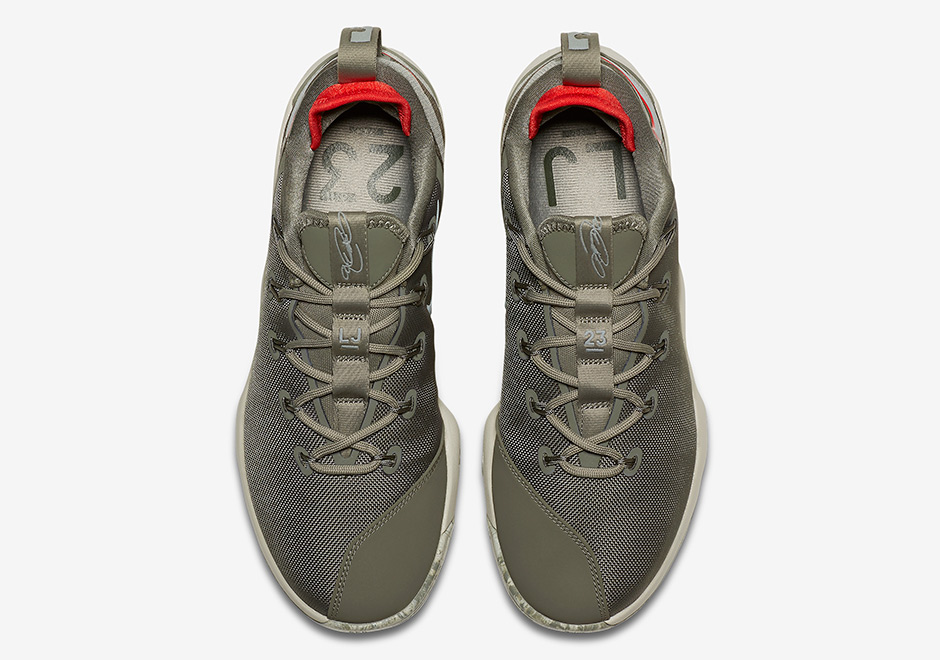 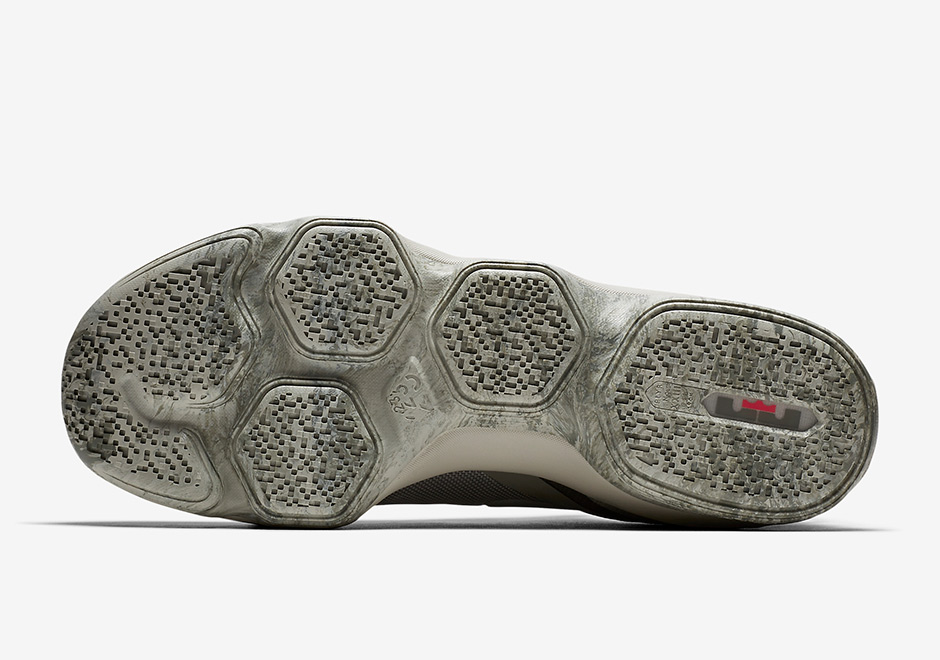 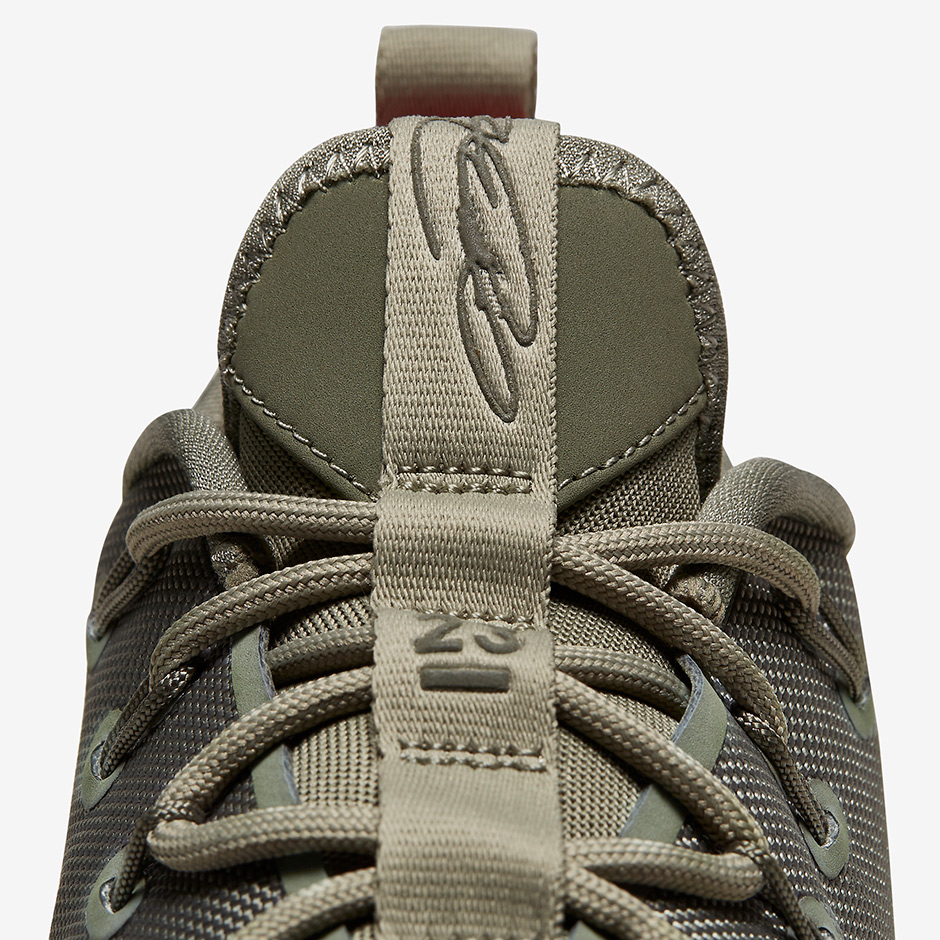