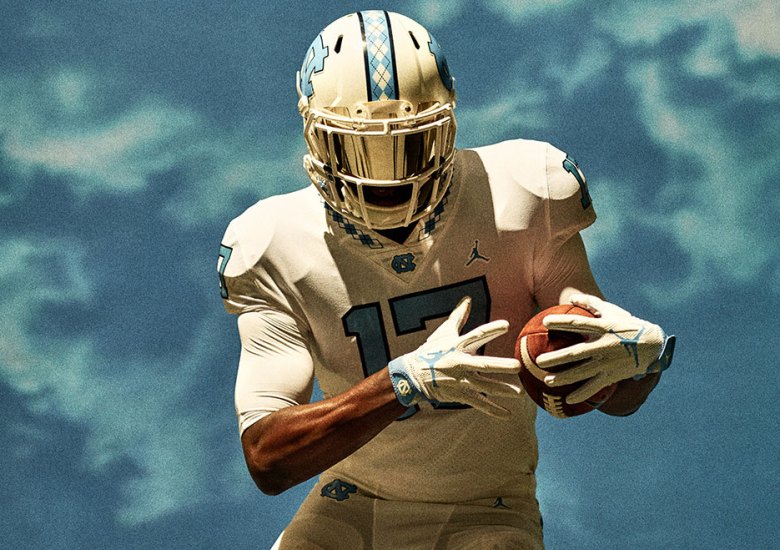 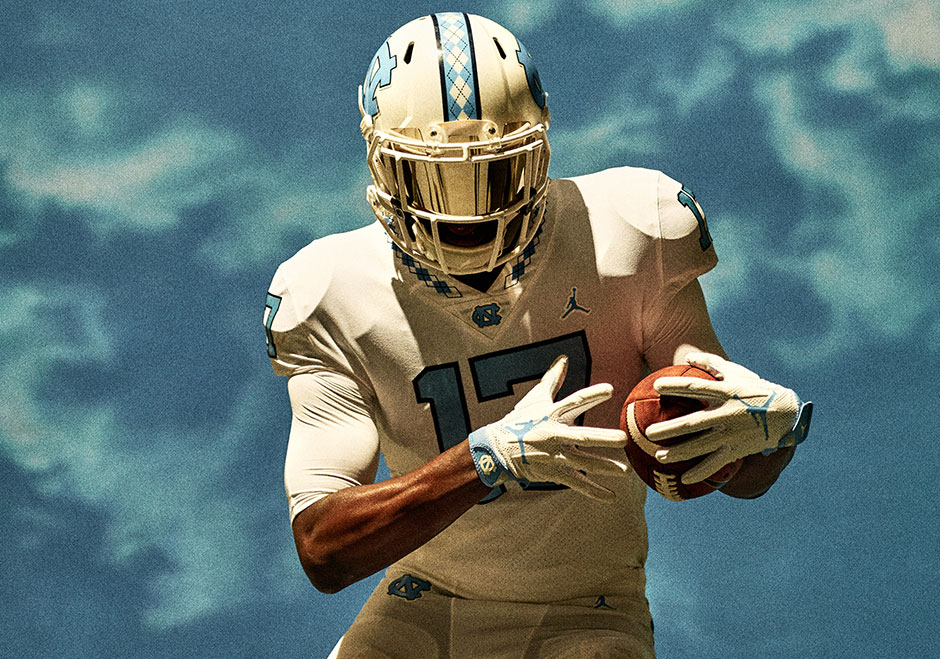 College football season is right around the corner, and brands are already preparing for the NCAA season to start with Nike’s “Week Zero” Free Trainer V7 Pack arriving next week in an insane 24 different colorways in honor of various Nike sponsored schools trying to earn their spot on the Top 25. More uniform previews are coming in too, as Michael Jordan’s alma mater, the UNC Tar Heels showcased their new threads in a recent Nike News post.

The new Tar Heels Jumpman football uniforms feature the Nike Mach Speed chassis designed to maximize the athlete’s full range of motion with minimal seams throughout. UNC also updated the uniform stripes to include the iconic argyle print first implemented by designer Alexander Julian at the wishes of legendary basketball coach Dean Smith back in the 1980s. And even though the University of Michigan was the first football team to wear the Jumpman logo on their uniforms, it’s only right that the stamp of approval is featured on the Tar Heels’ latest options. Jordan Brand even updated the alternate with new navy blue colors inspired by his practice shorts.

Update: The UNC Tar Heels will even wear helmets with the Jumpman logo on the side at practice per Darren Rovell 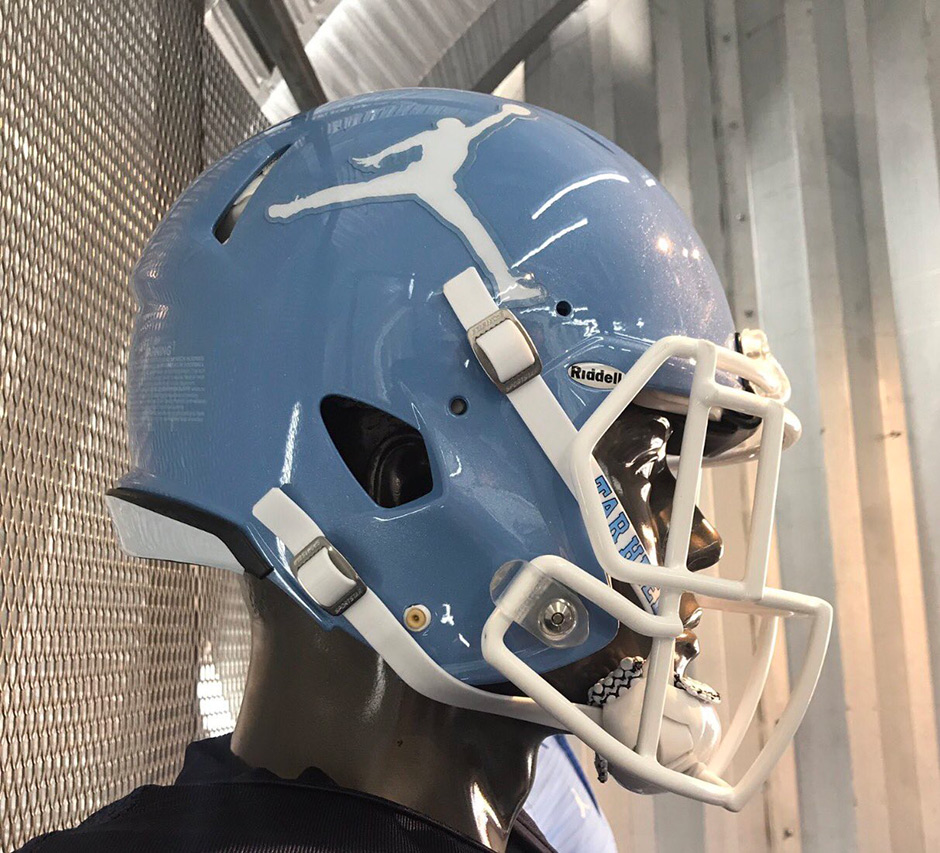 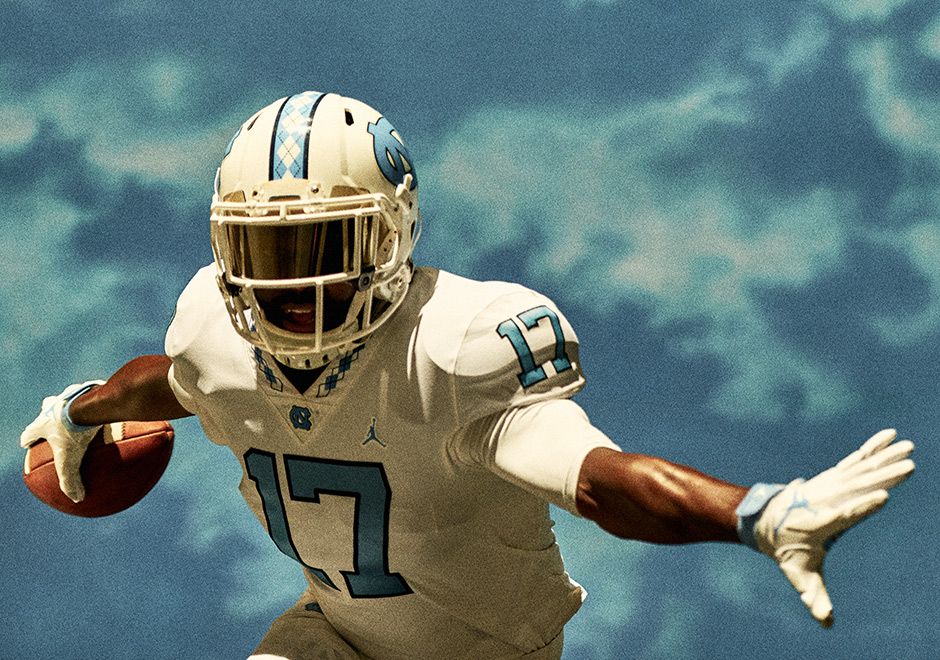 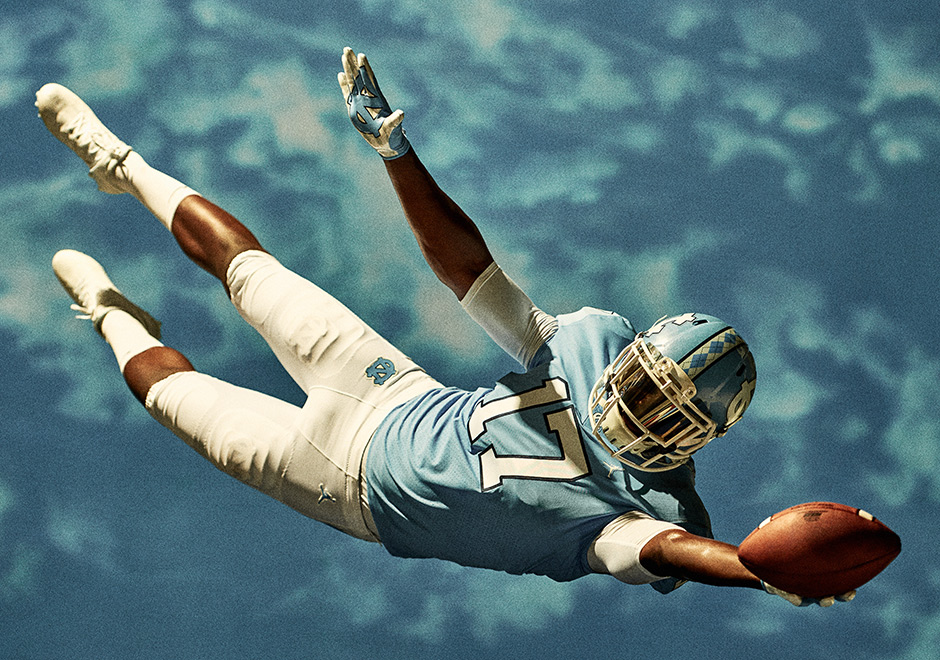 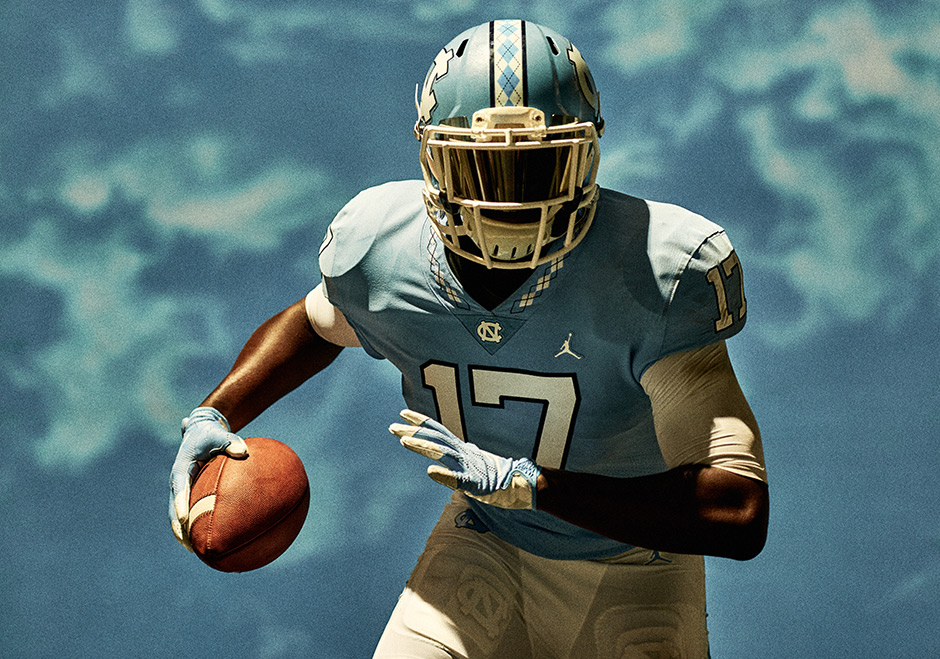 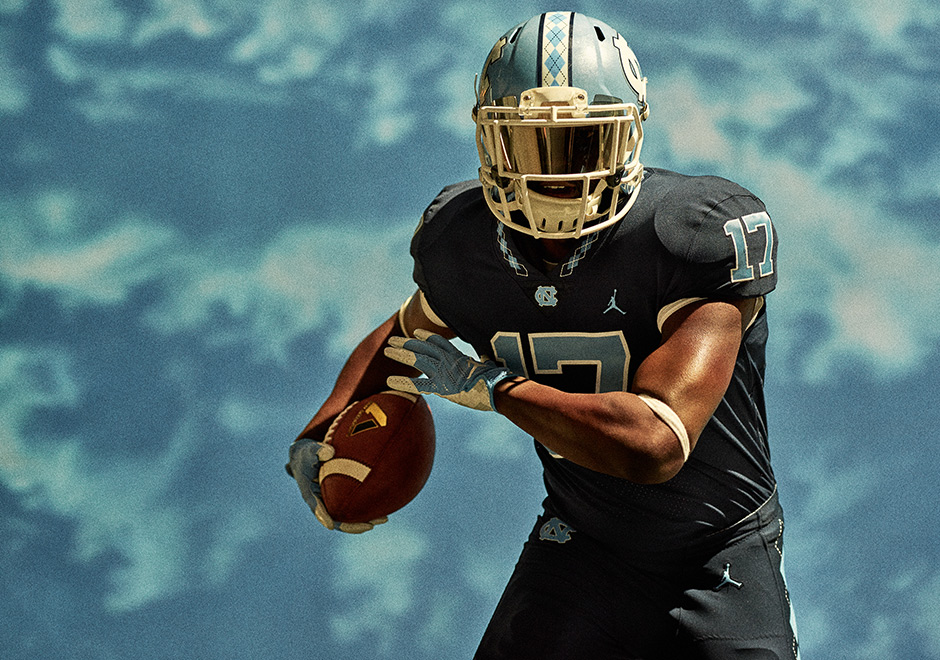 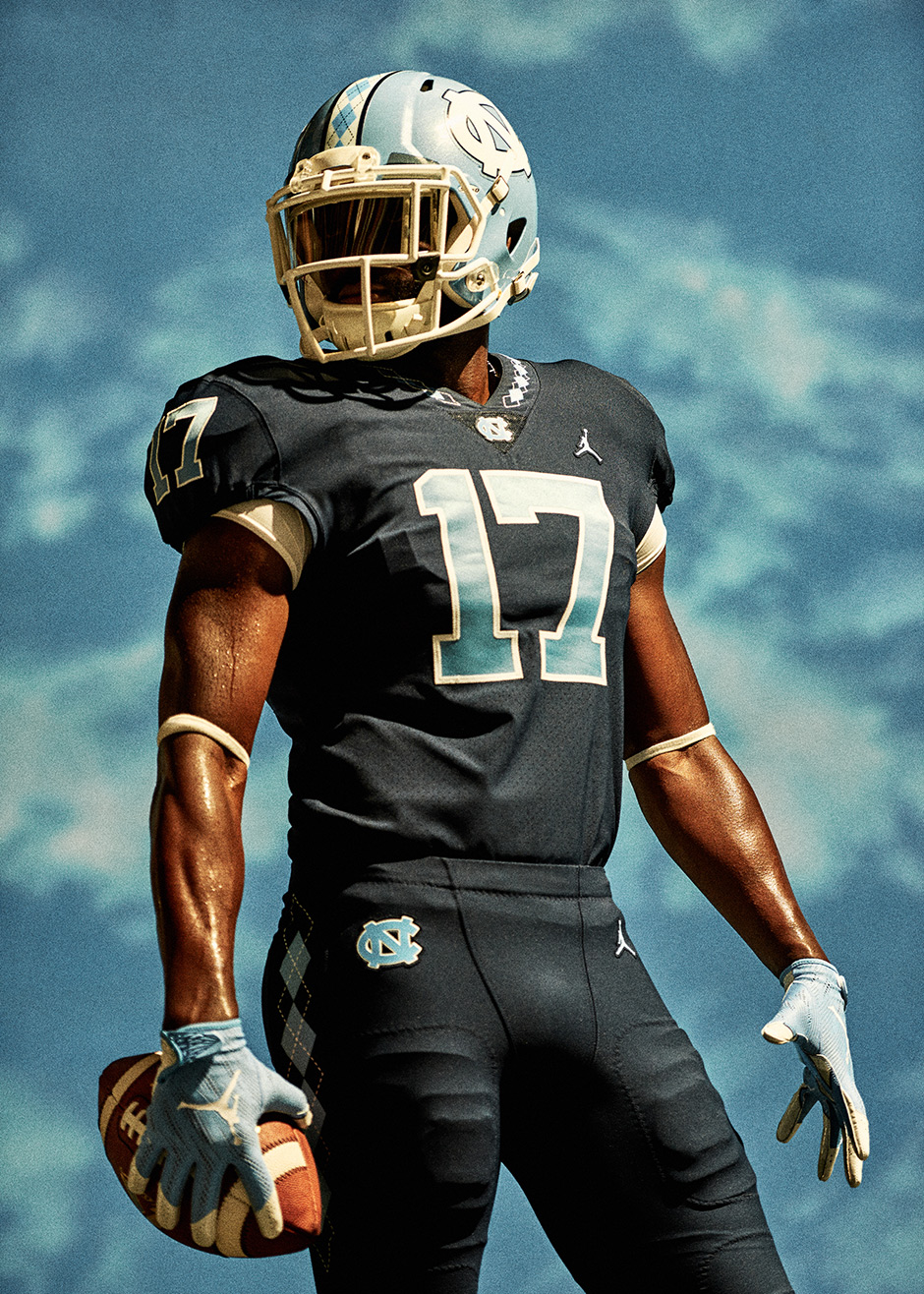