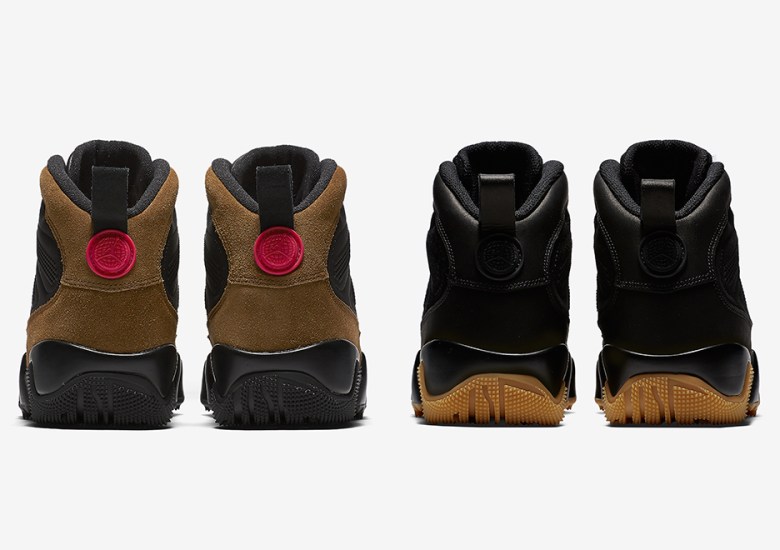 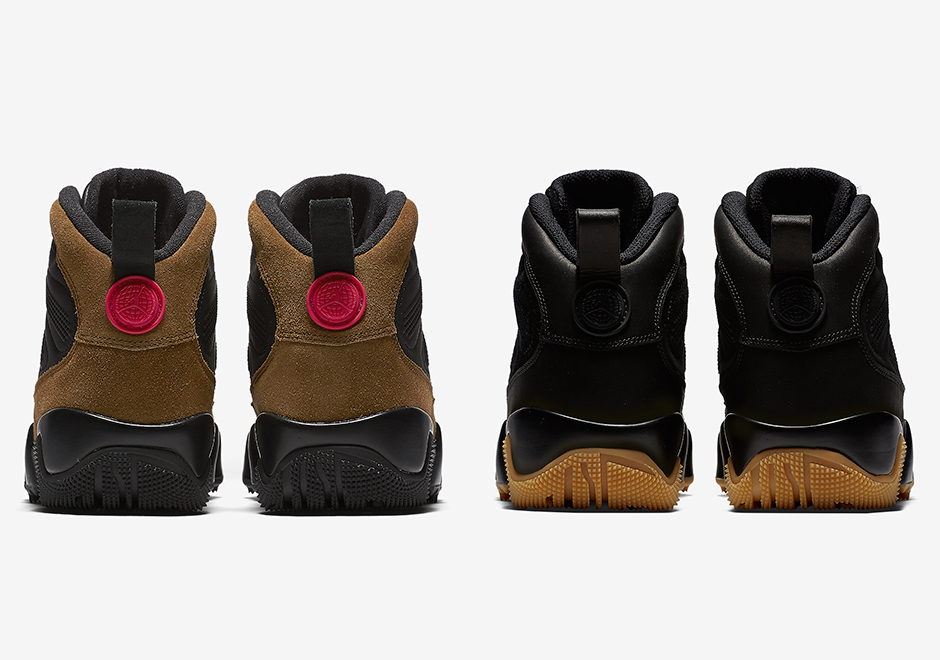 A beefed-up rendition of the Air Jordan 9 that first surfaced in the classic “Olive” colorway is now set to drop in a second colorway alongside the “Olive” tomorrow. The new colorway features the popular “Black/Gum” color scheme with a tonal black upper and gum sole. Both versions of the Jordan 9 NRG Boot come with a more durable upper and far more aggressive outsole traction than the traditional Jordan 9. The goal for Jordan Brand is to make it possible to still rock your heat even when conditions get less than ideal, which could also explain why the brand went with such timeless colorways for the release. The shoes will also come in a new Jordan box that features classic images and advertisements from the brand’s past.

Both colorways will release tomorrow (December 6th) at 10 AM EST on the Nike SNKRS app. And with new winter-ready components comes a new price tag of $225. 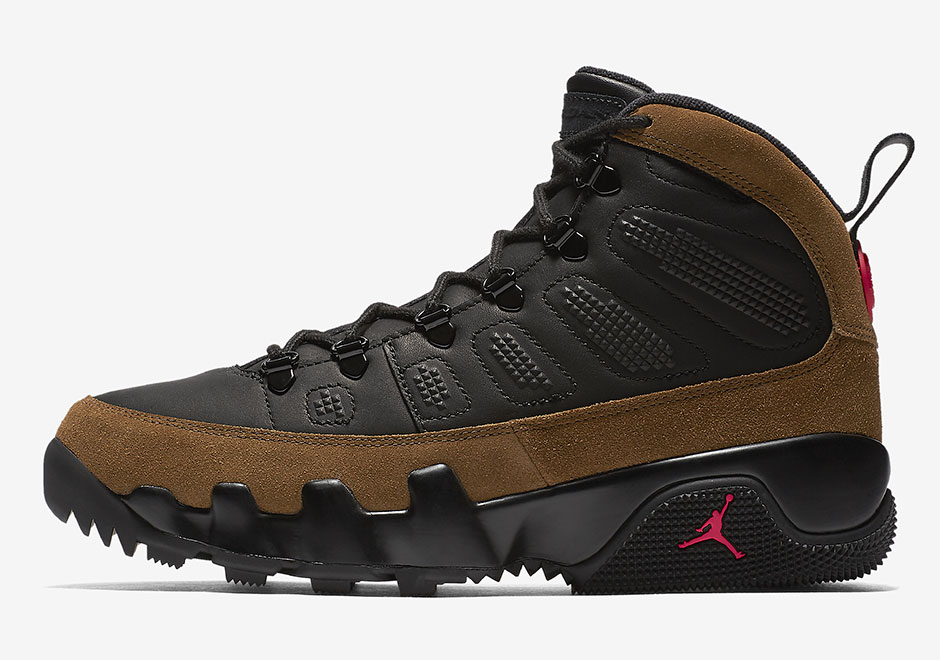 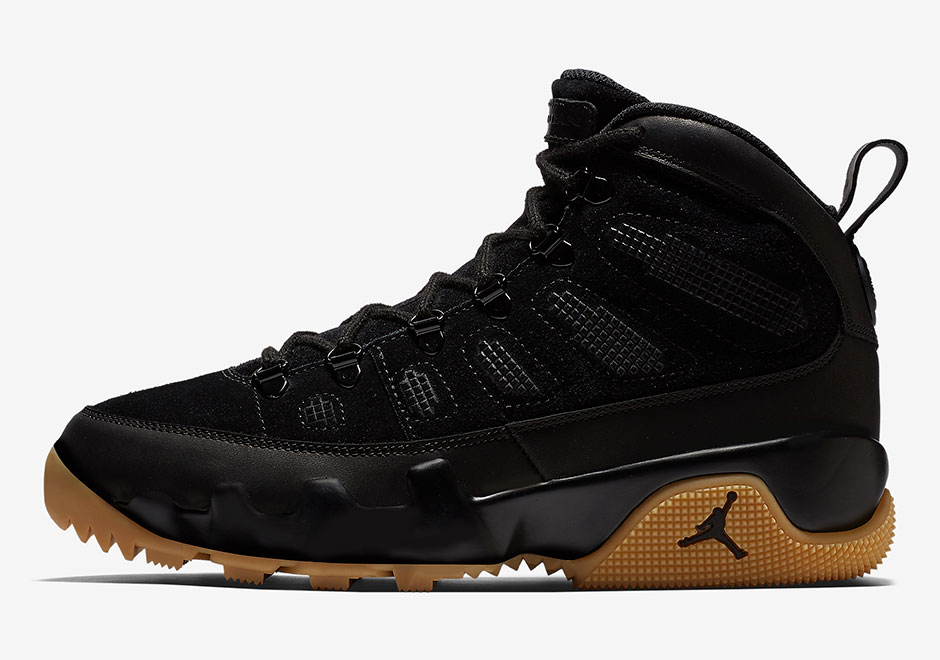 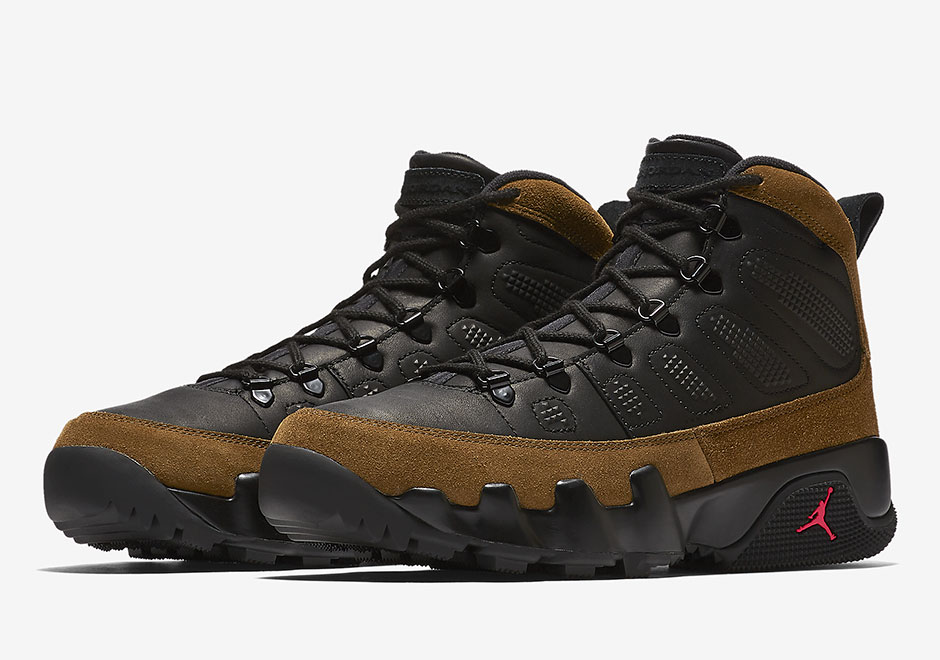 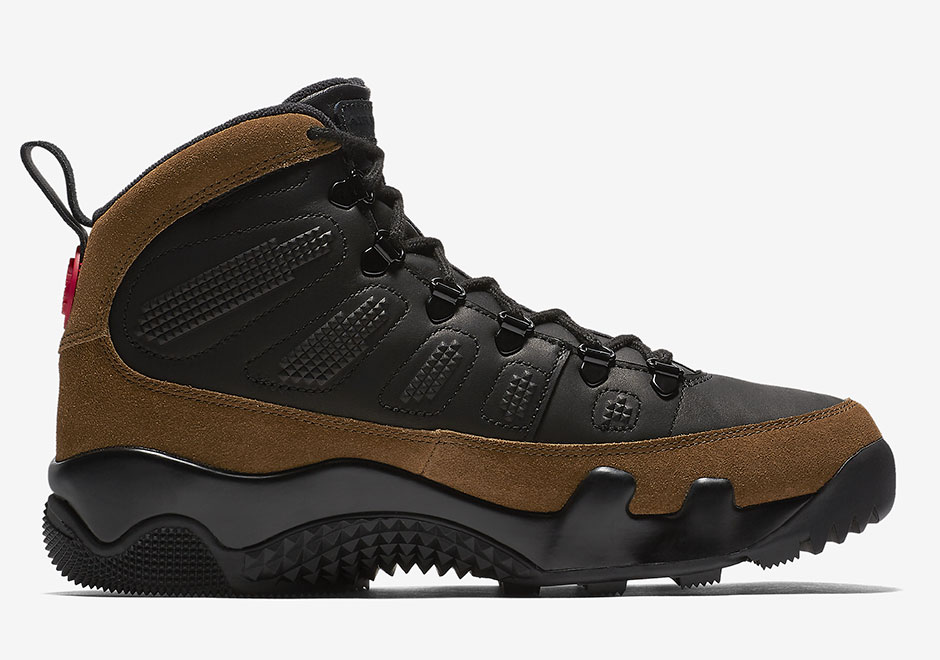 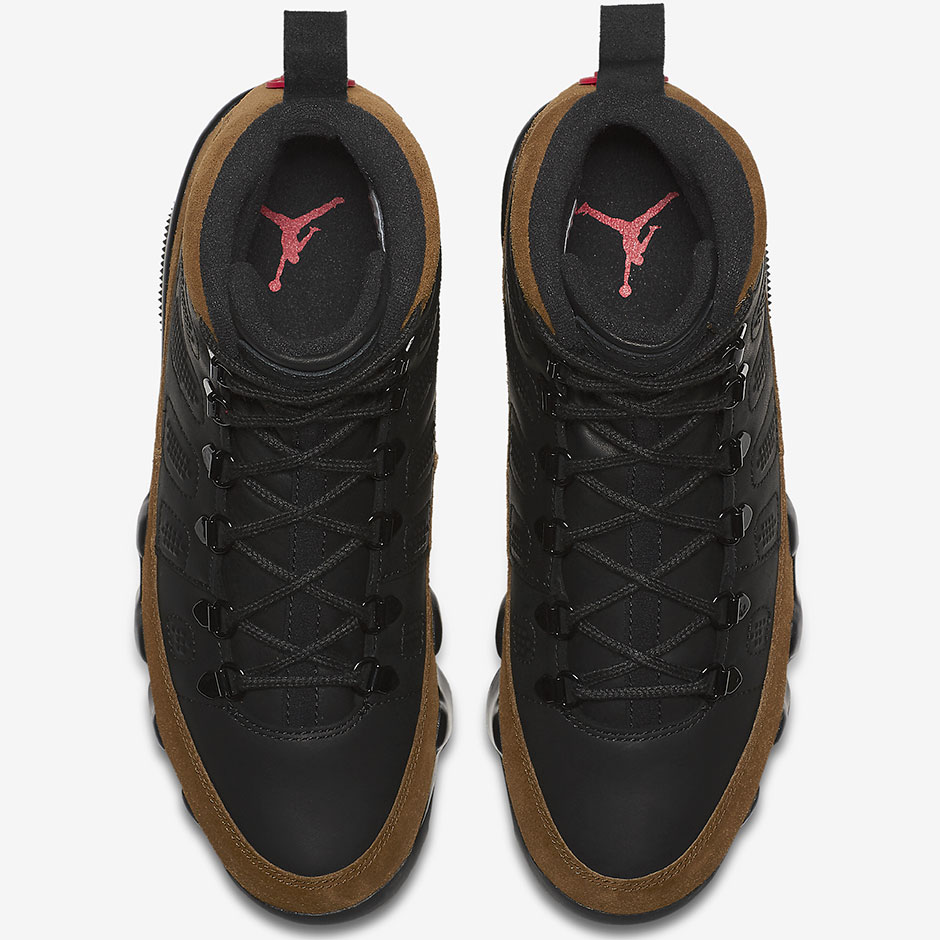 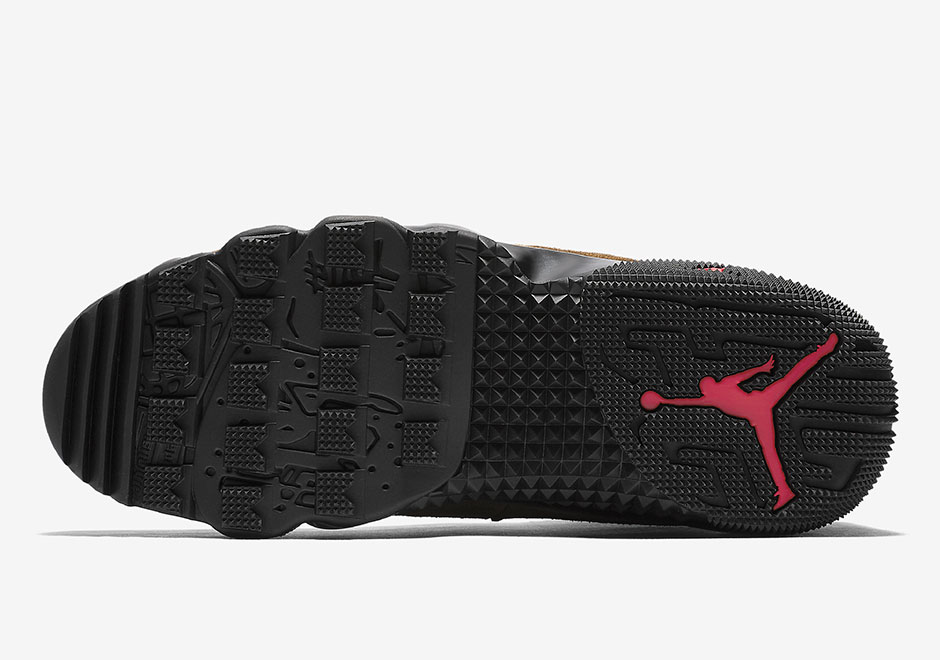 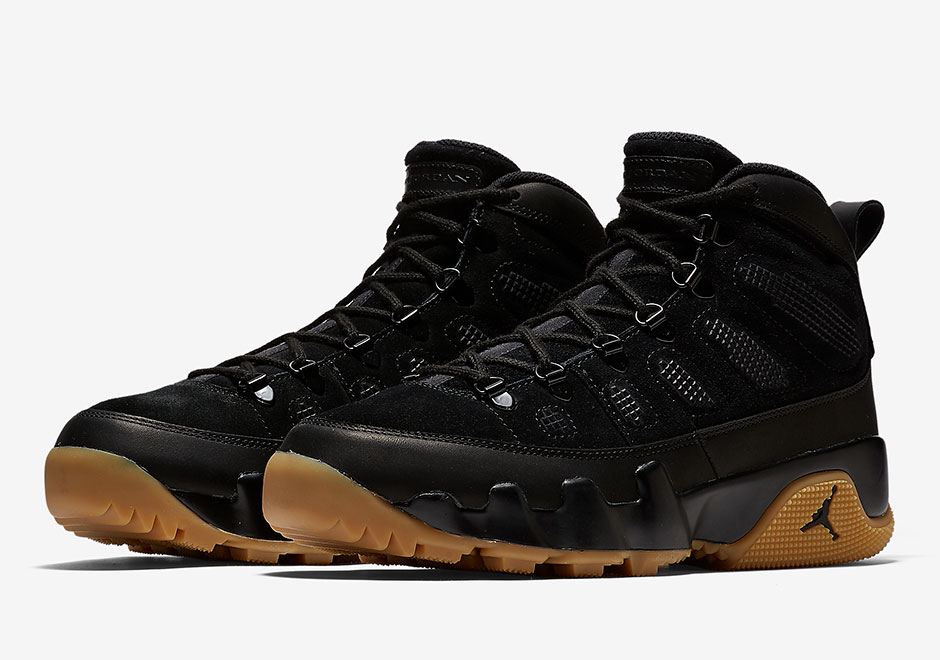 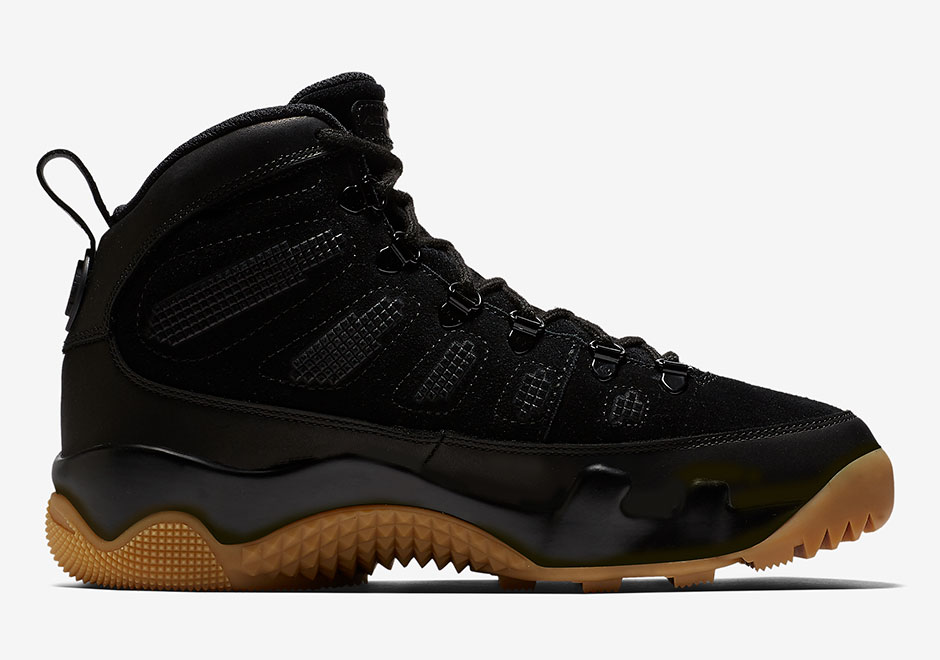 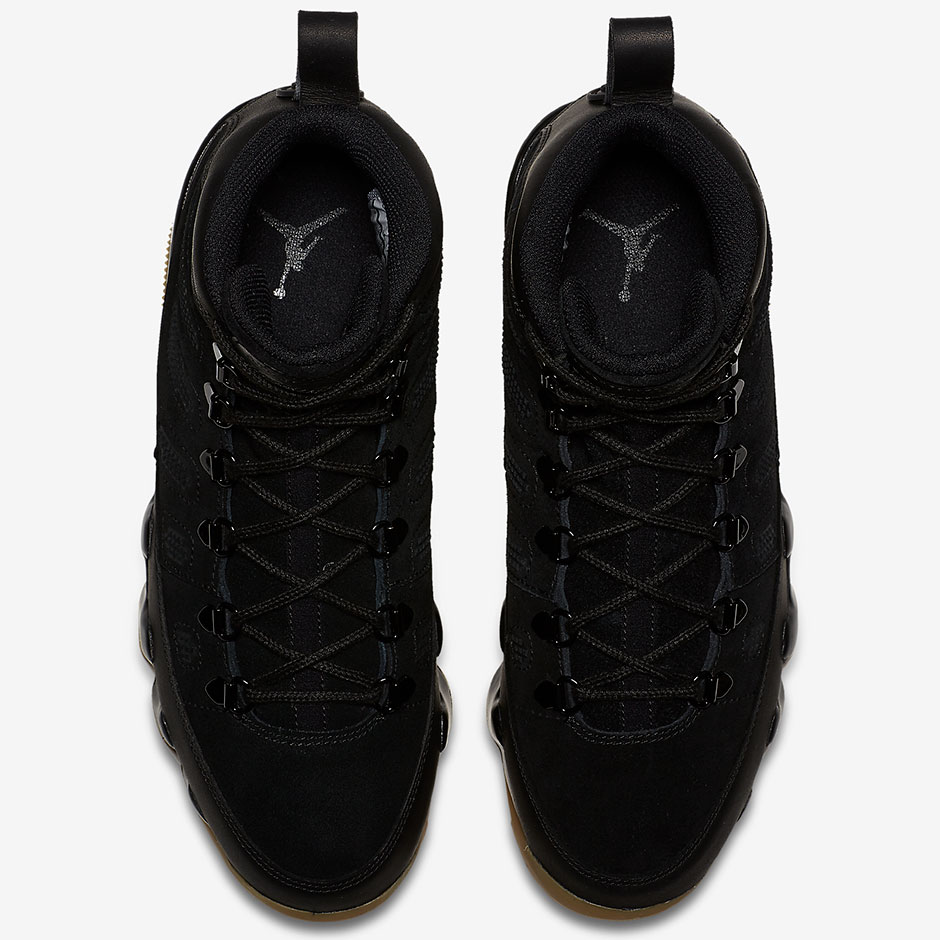 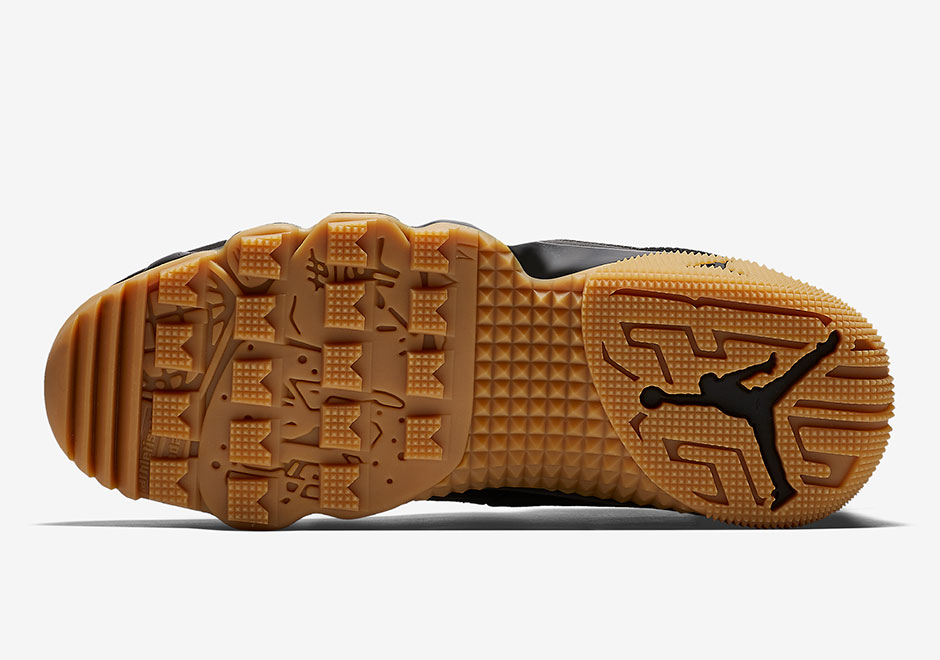