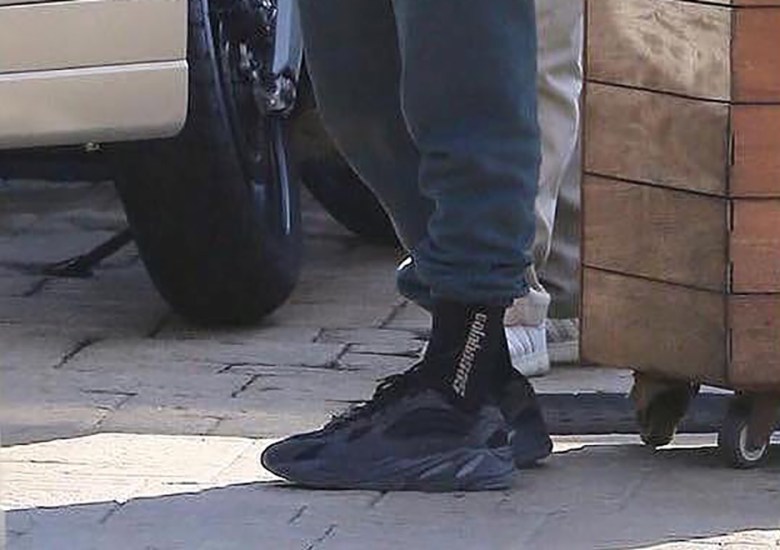 Kanye West’s temporary departure from the globally popular Yeezy Boost 350 V2 line was met with mixed reviews, as fans either fell in love with the new-look 700 Wave Runner Design or couldn’t mesh with the bulky yet chiseled aesthetic. The sneaker’s initial colorway actually sat on Yeezy Supply for a few hours when it first dropped in August, but has since gained traction on the resale market as trends continue to shift. Likewise, the recent release of the Desert Rat in the egregious $760 bundle proved that Ye’s fans are willing to follow wherever direction he goes. Kanye was recently spotted sporting a new Triple Black colorway of the adidas Yeezy 700 Wave Runner, adding to a series of other yet-to-release colorways that will surely move the needle in 2018.  No official release information has surfaced regarding a release of this specific colorway or any other second version of the Wave Runner just yet. 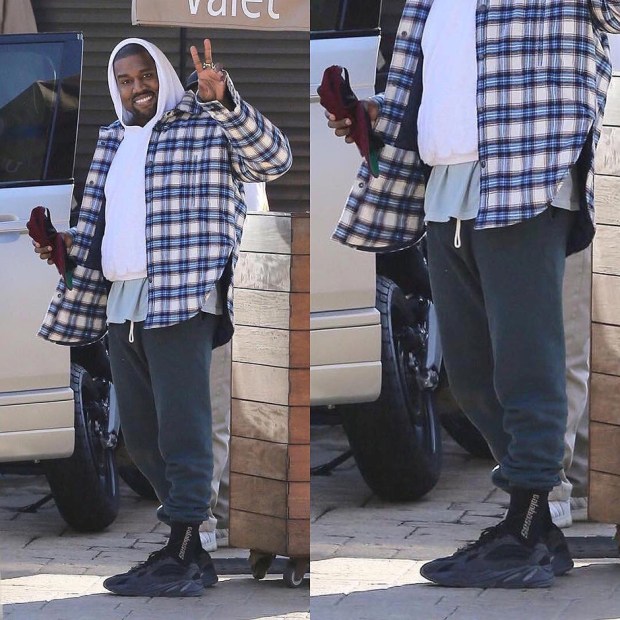