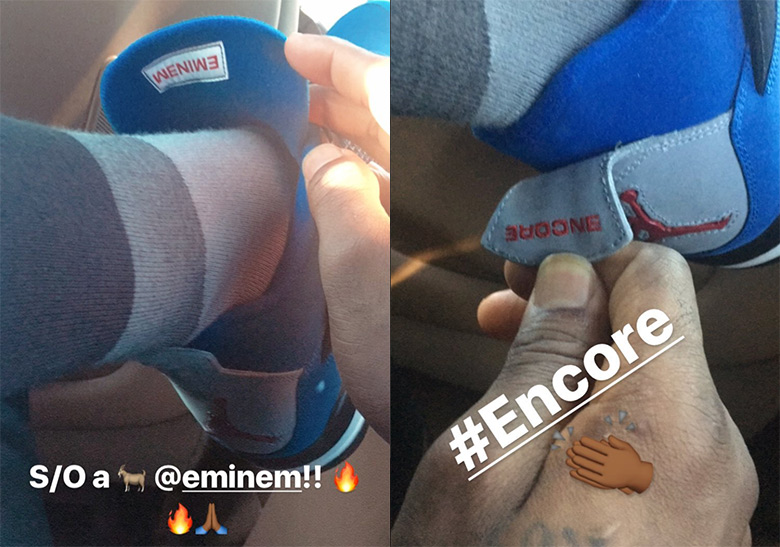 One of the biggest headlines to close 2017 was the sudden return of Eminem’s Air Jordan 4 collaboration. This re-issue is confirmed to be far more limited than the first production round as only 23 pairs have been made for friends and family. The first pair was given to Michael Jordan, a second got auctioned off, and now it appears that a third pair is accounted for as LeBron James just took to his IG stories to reveal his new pair of kicks. How the remaining twenty will be released is still up in the air, but we expect an auction of some sort to raise funds for charity. 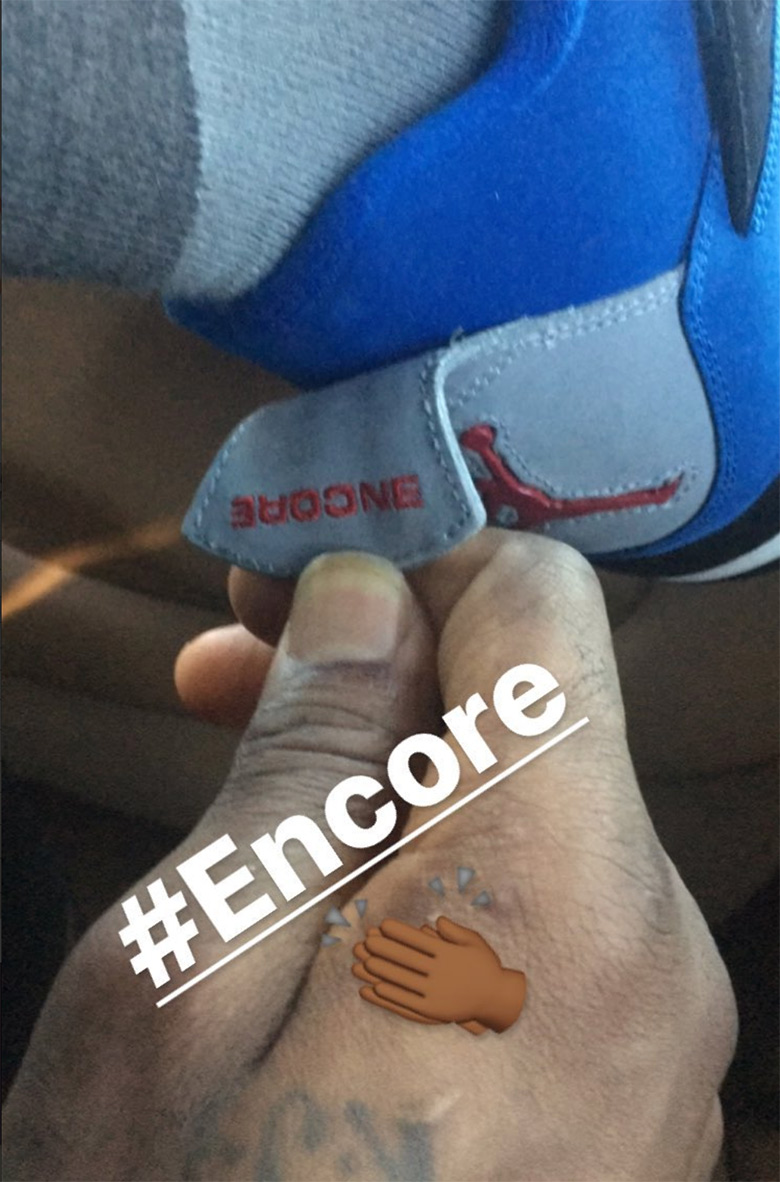 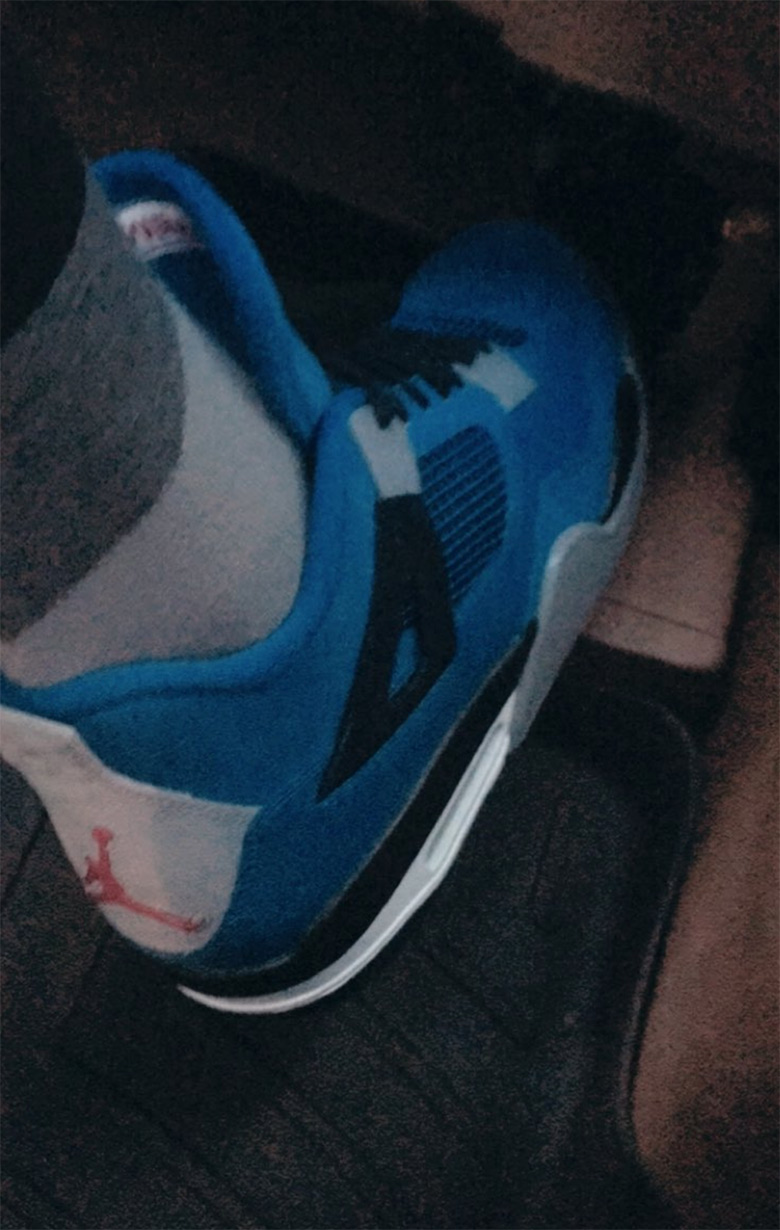 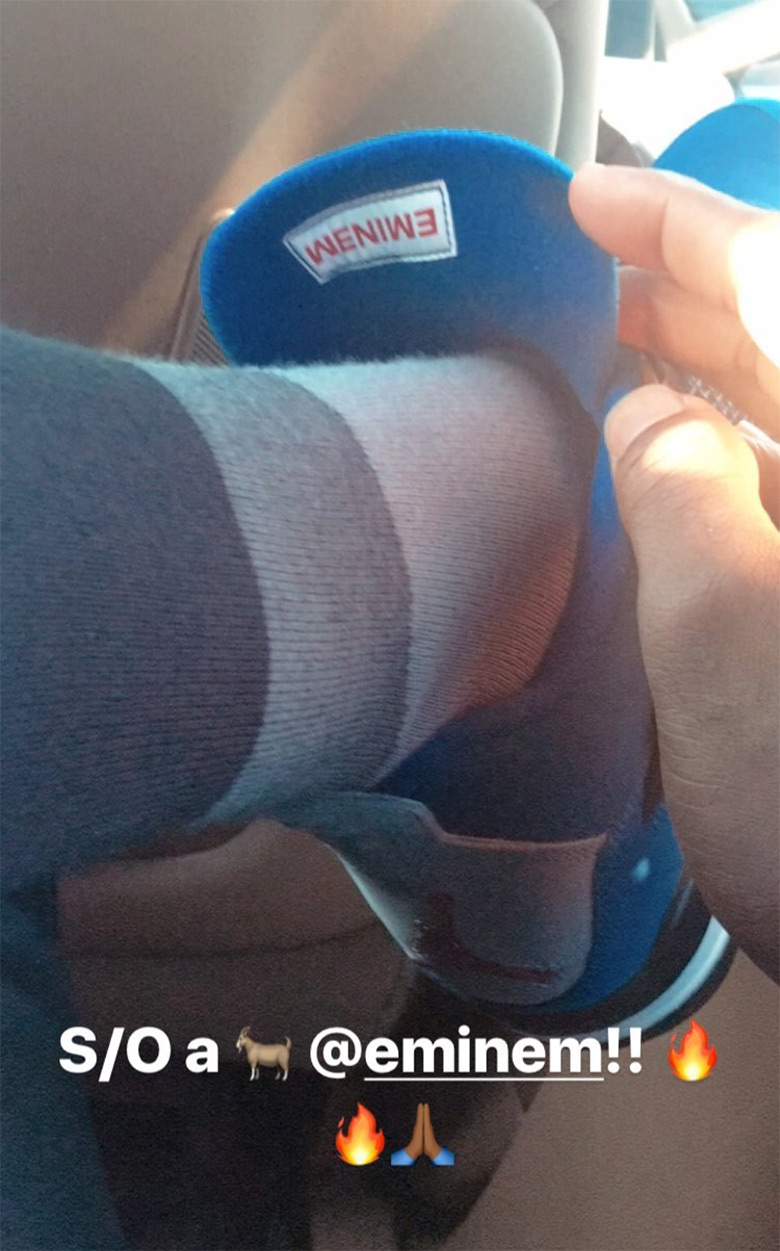