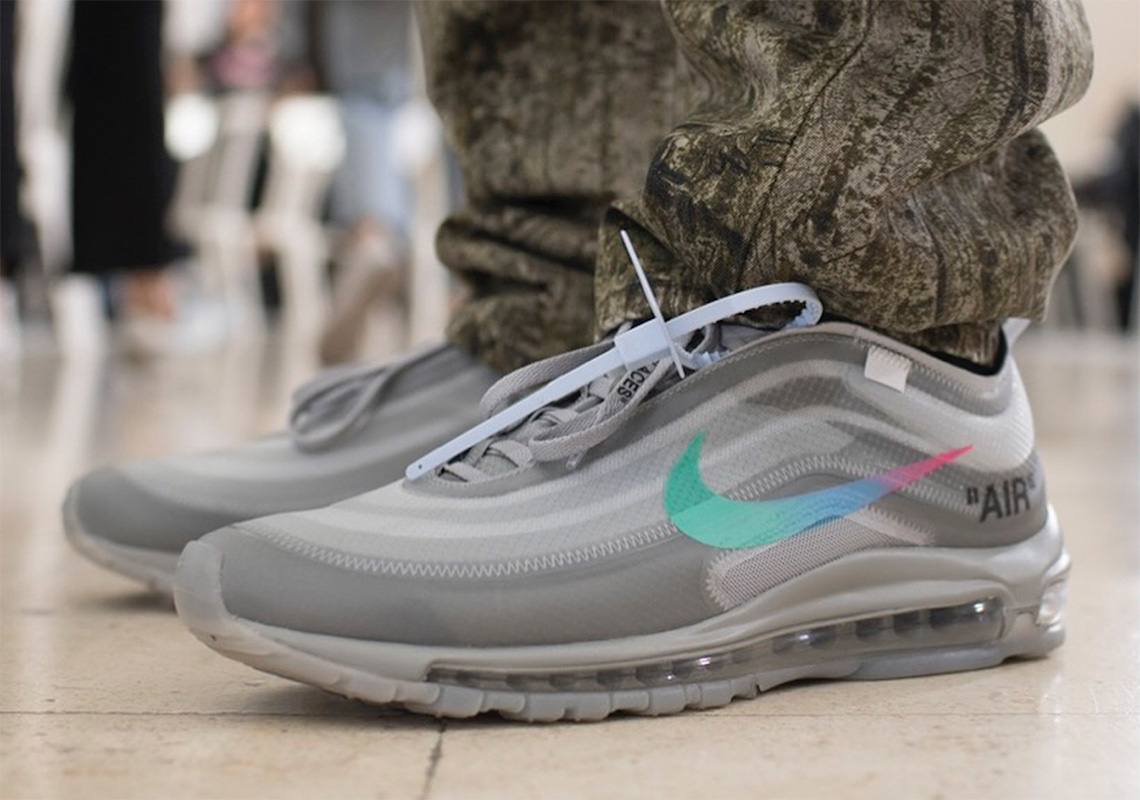 The second generation of Virgil Abloh’s collaborative movement with Nike continues to reveal itself model by model as both colorways of the upcoming Air Max 97 have been revealed during Virgil Abloh’s Off-White runway show in Paris Fashion Week. Two colorways of the Off-White Air Max 97 are set to release later this year – a sporty grey version with a rainbow gradient Swoosh, and a black iteration with a contrasting white Swoosh. The construction of each of these new styles is identical to the first version, but a new white zip-tie hangtag appears to be in the mix to complement the fresh color palette. While official release dates for both versions have eluded us, we can expect them sometime in November. 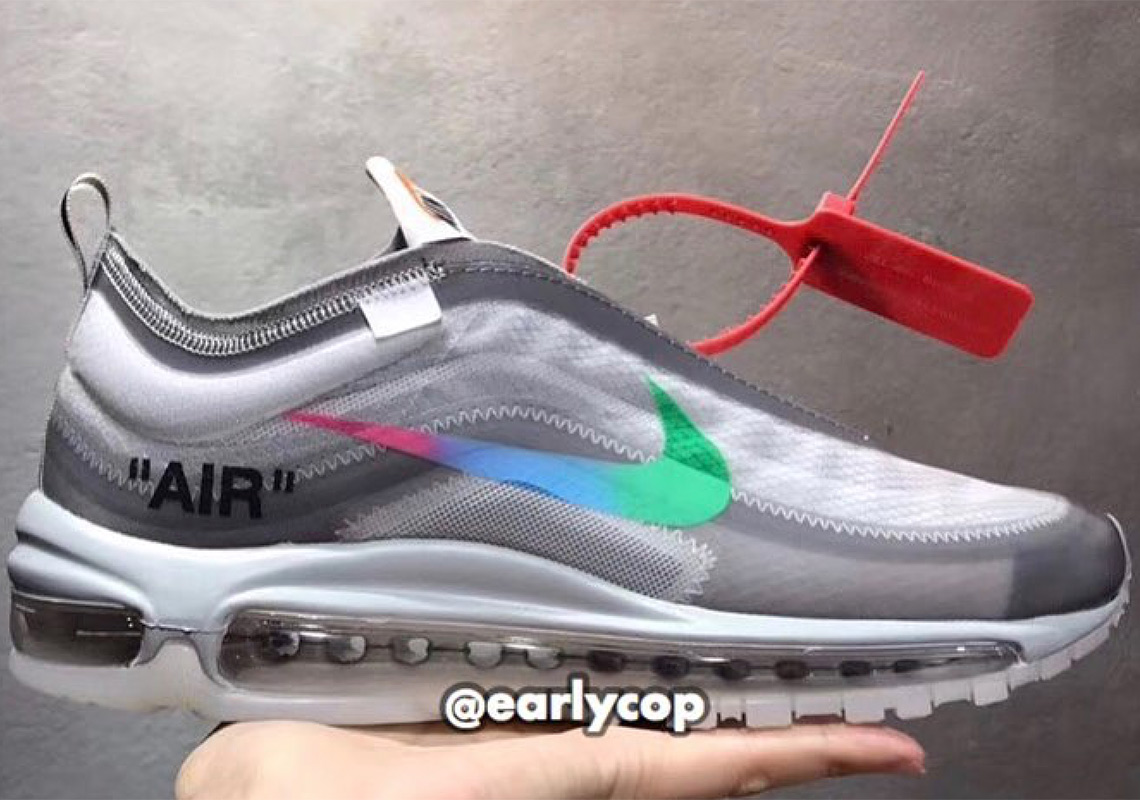 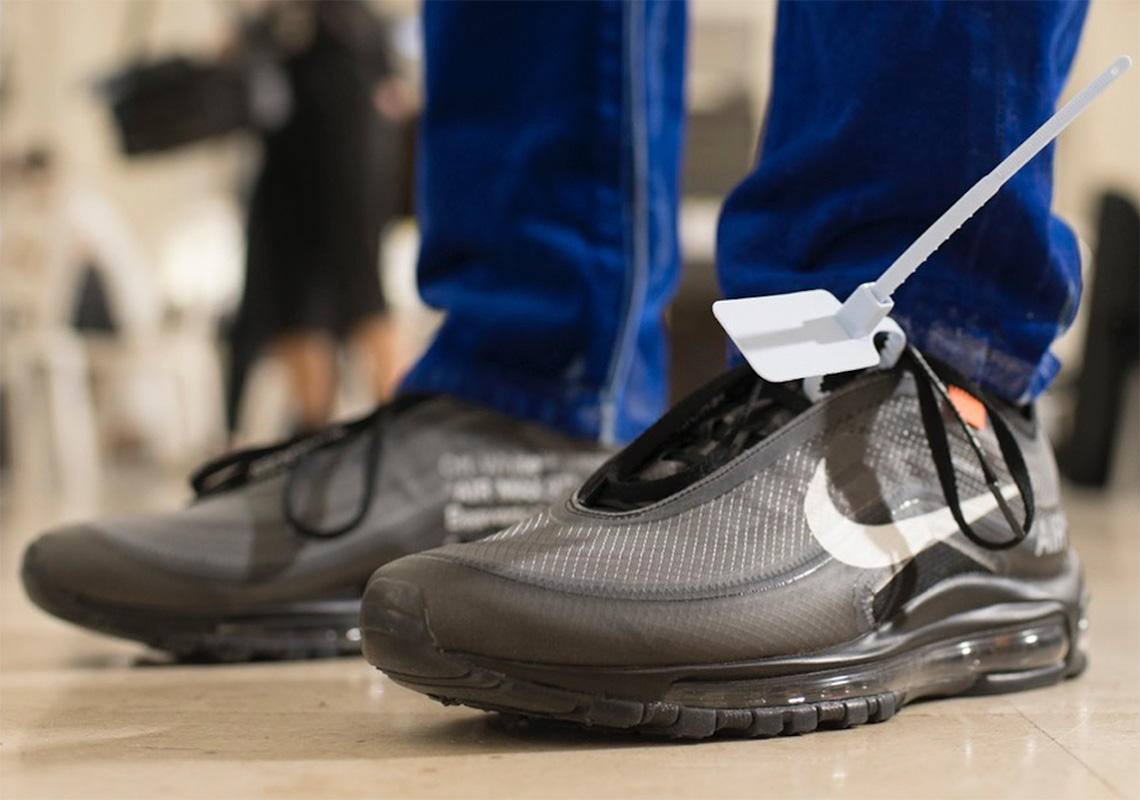 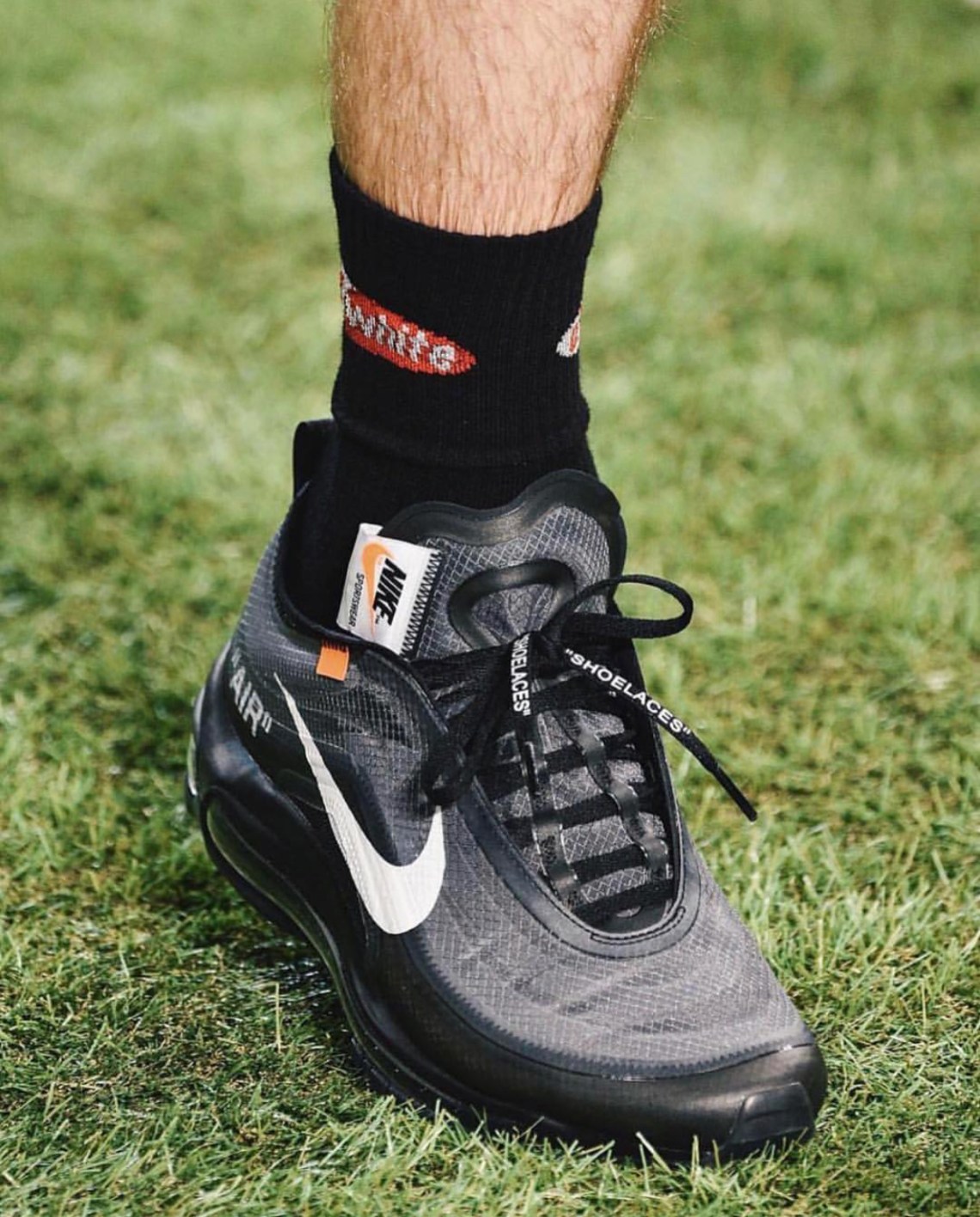