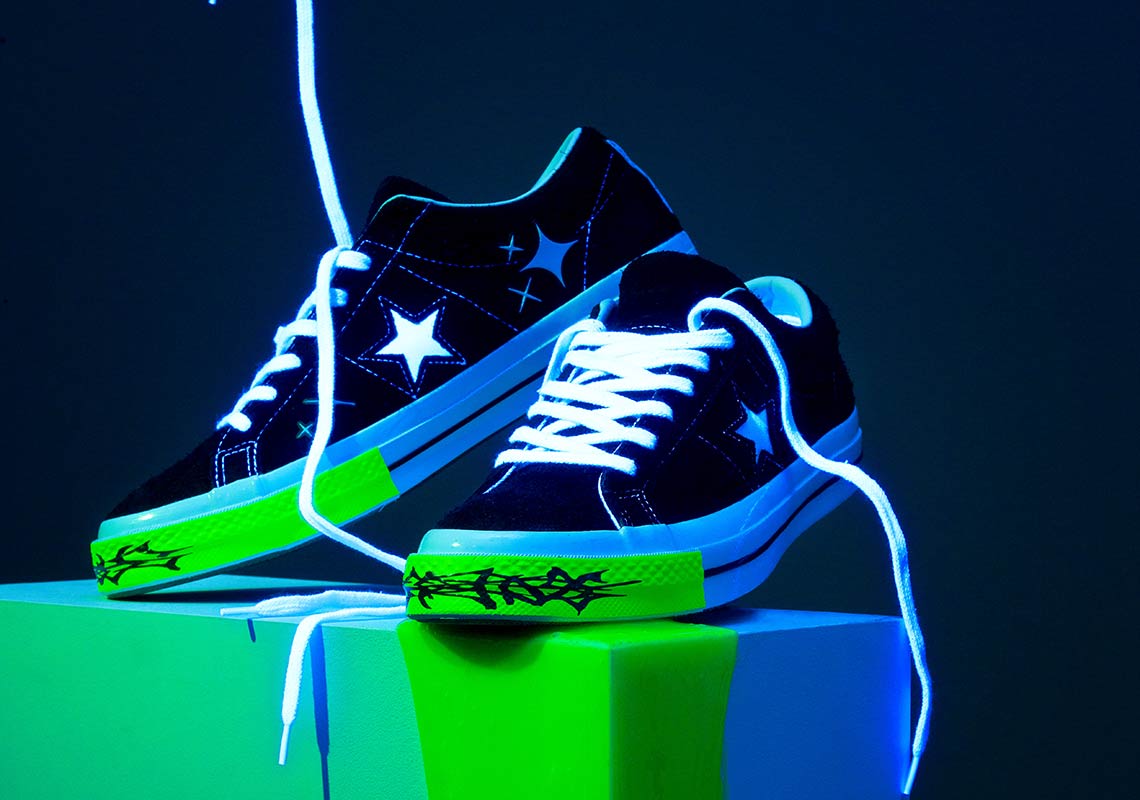 Converse And Yung Lean Collaborate On A One Star

Swedish rapper Yung Lean has long been known for his heavily Internet-inspired aesthetic, evident in his music, videos, and merch. That aesthetic extends to footwear as well, as Lean and his Sadboys imprint are re-releasing a collaborative Converse One Star that originally dropped over All-Star Weekend this past February. The shoe is constructed of premium suede and features a simple black/white color scheme, but they’re far from simple. Lean’s Tumblr-esque touch is readily apparent as the upper is adorned with a myriad of rubberized graphics, from a dog to a spiky Sadboys logo. Extra stars arrive on the medial side of the upper, and the shoe’s rubber toe features a head-turning slime green swatch with black tribal-style accents. Like the unique look? These Sadboys kicks will arrive in limited quantities alongside a collection of matching apparel on the Sadboys website June 28th at 9pm CET-4pm ET in the US. 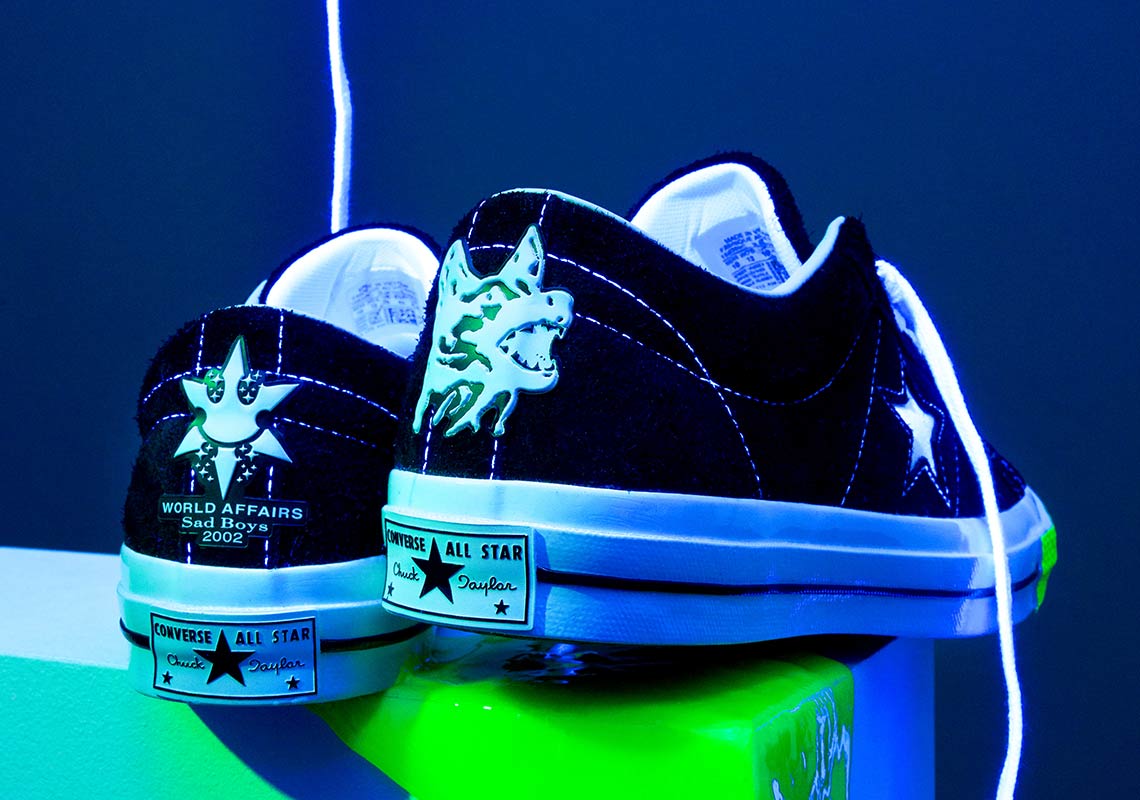 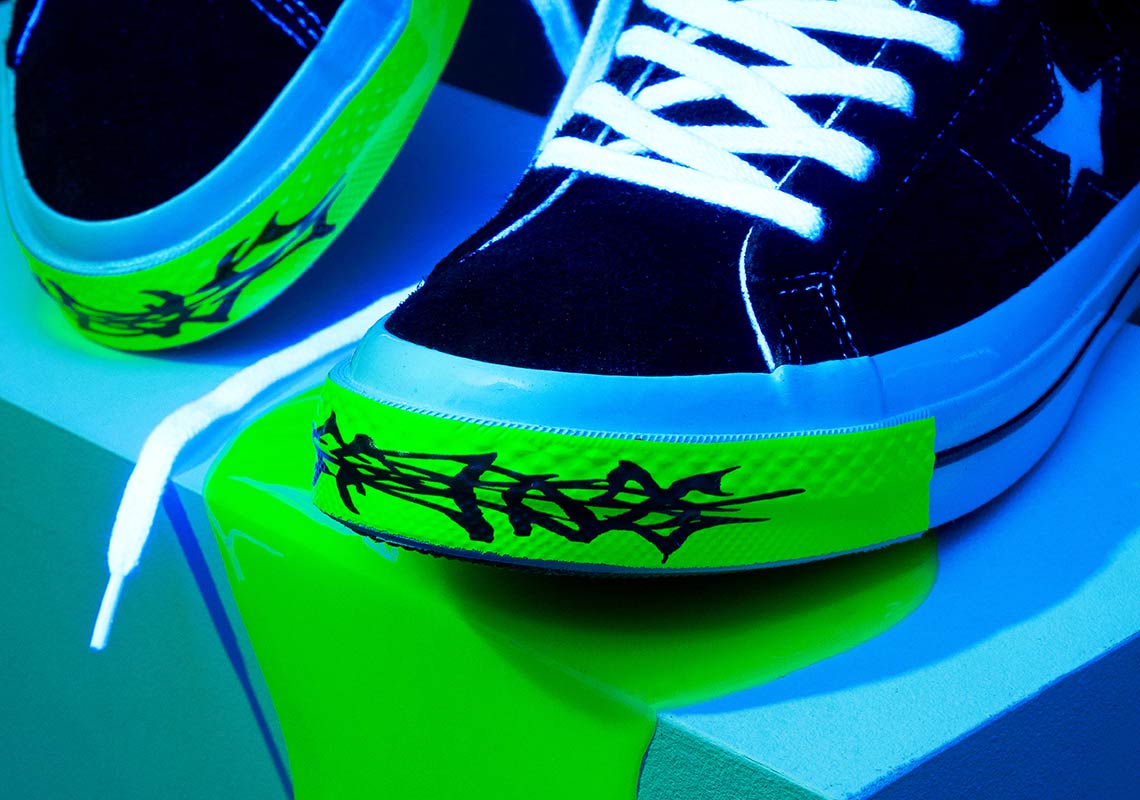 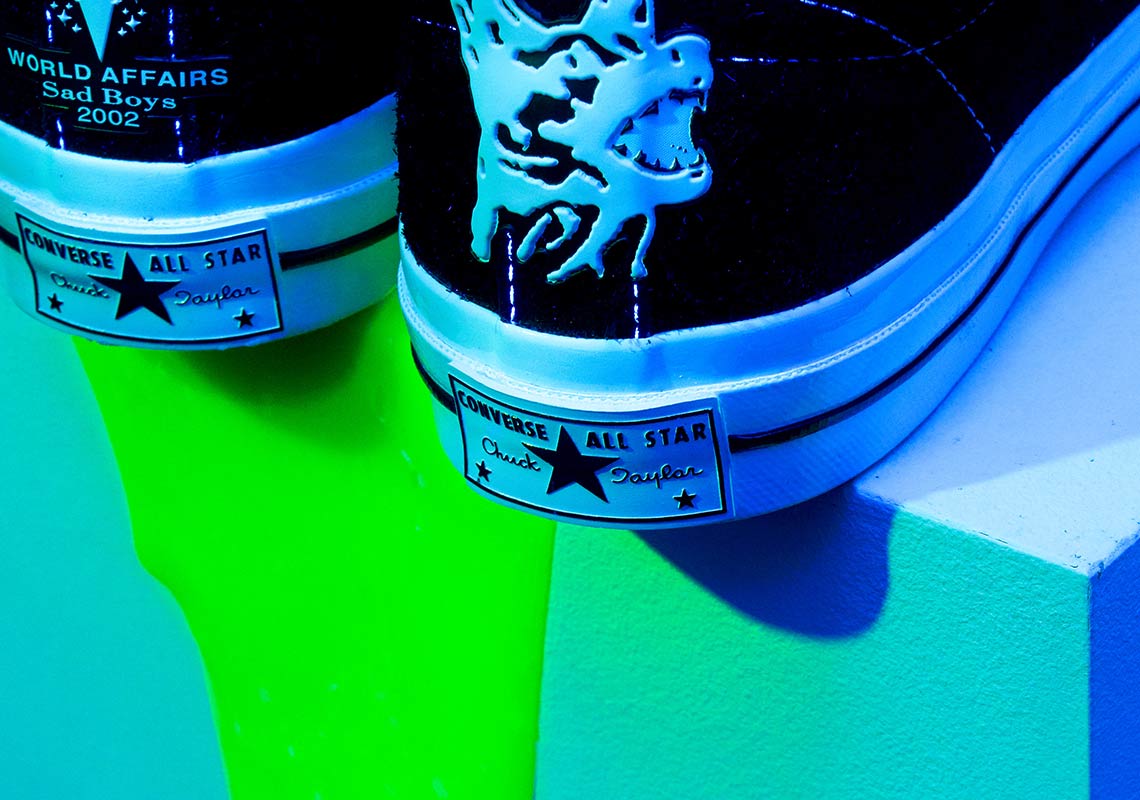