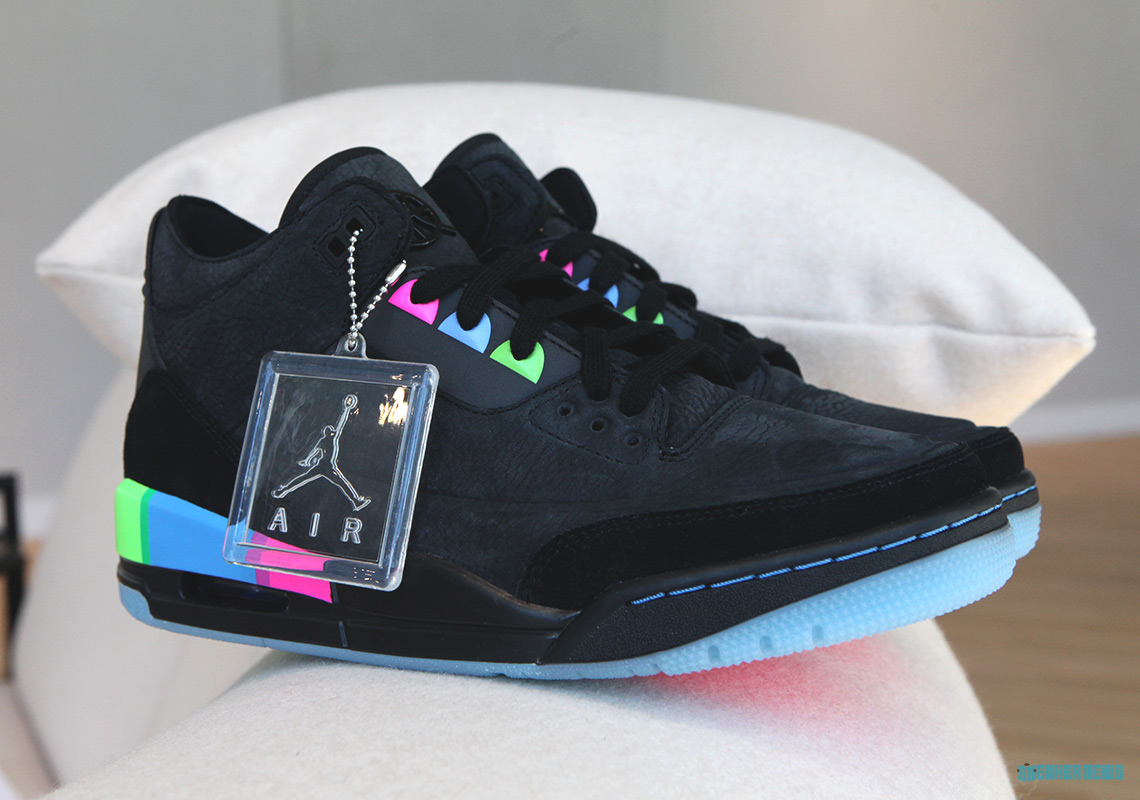 The shoe features a upper constructed of a soft ashy black suede, while darker black accents arrive on the heel and toe mudguards. A special Quai 54 logo replaces the Jumpman that’s normally used on the heel, and the sockliner offers a look that’s more slim than the standard Jordan 3s. Despite all the stately tonal detailing, the shoe’s main features arrive via the colorful hits on the lace loops and midsole, as both boast a bold retro-style assortment of neon green, blue, and pink. The shoe’s look is completed with an icy blue outsole that features extra neon detailing. Look for these unique Jordan 3s to arrive sometime late summer/early fall, and keep it locked to our Jordan Release Dates page for all things Jumpman.

Update: The raffle for Air Jordan 3 “Quai 54” is now open at Sneakersnstuff. 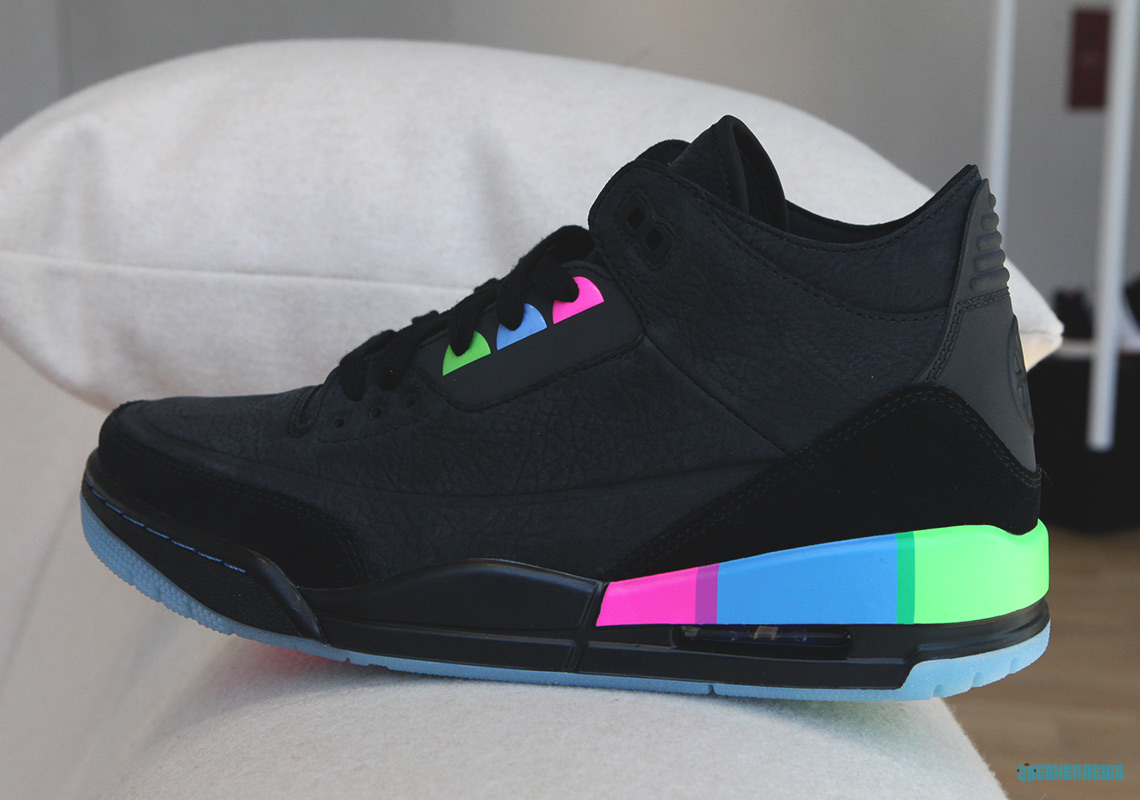 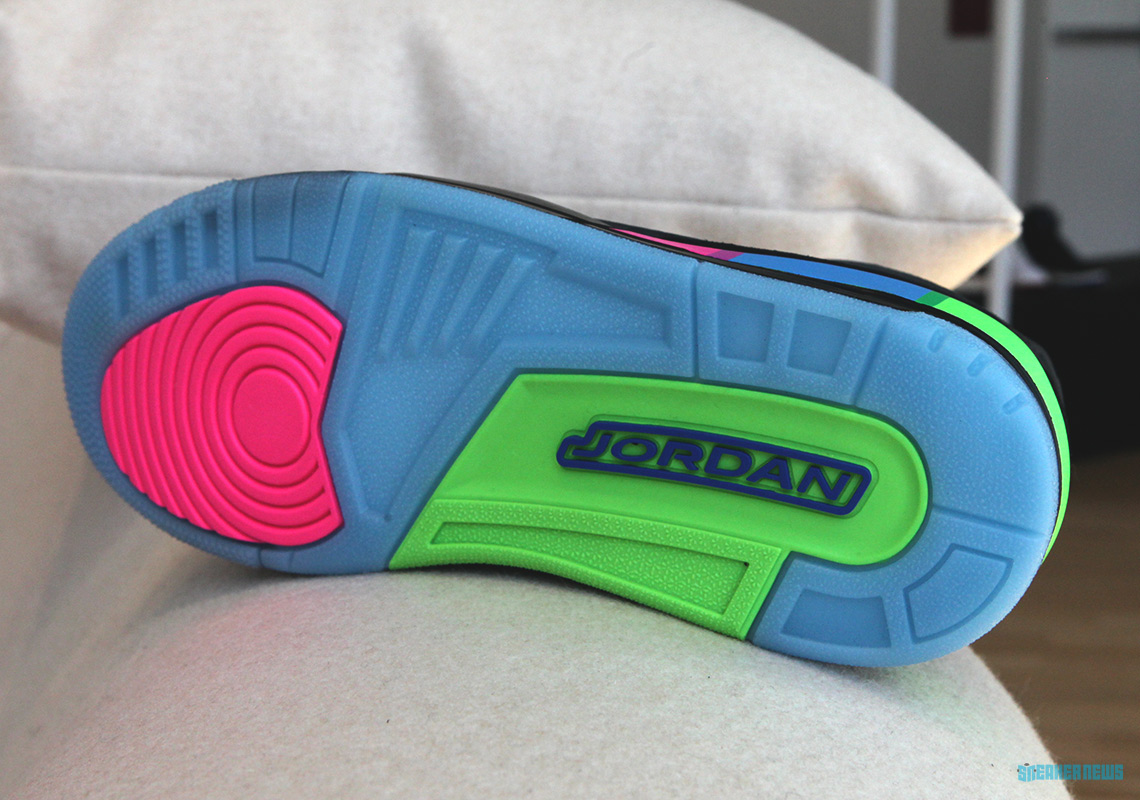 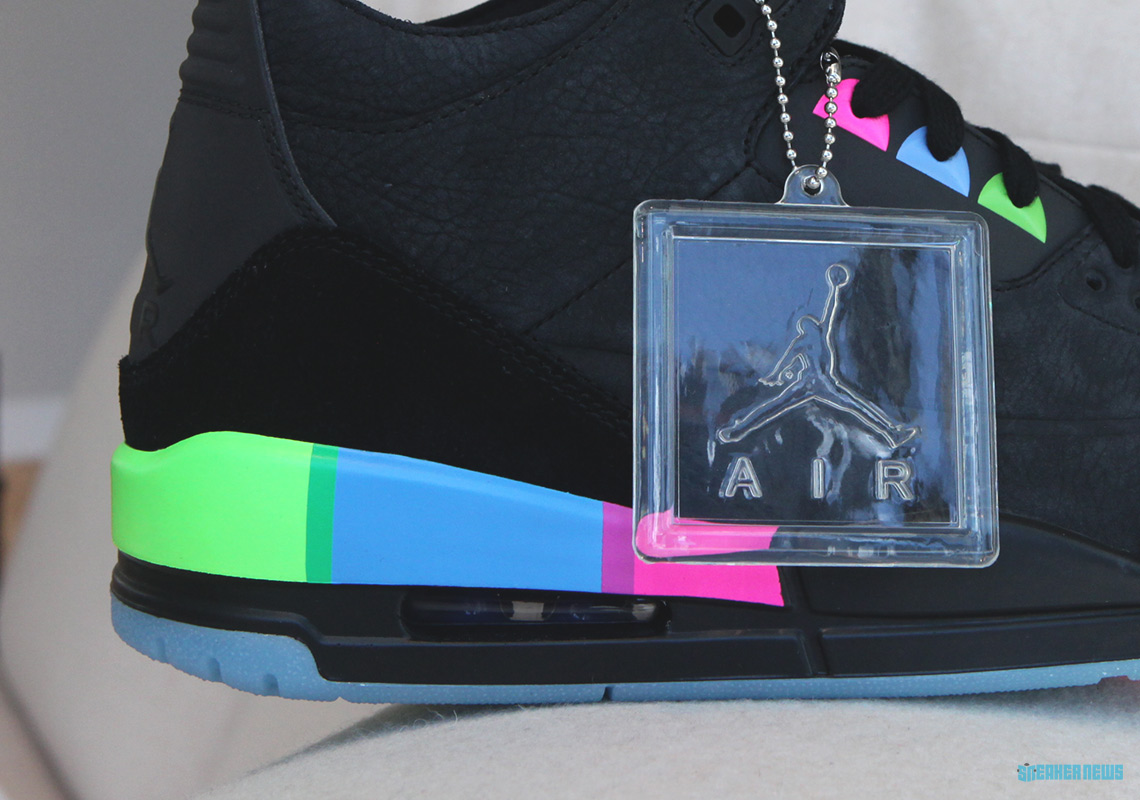 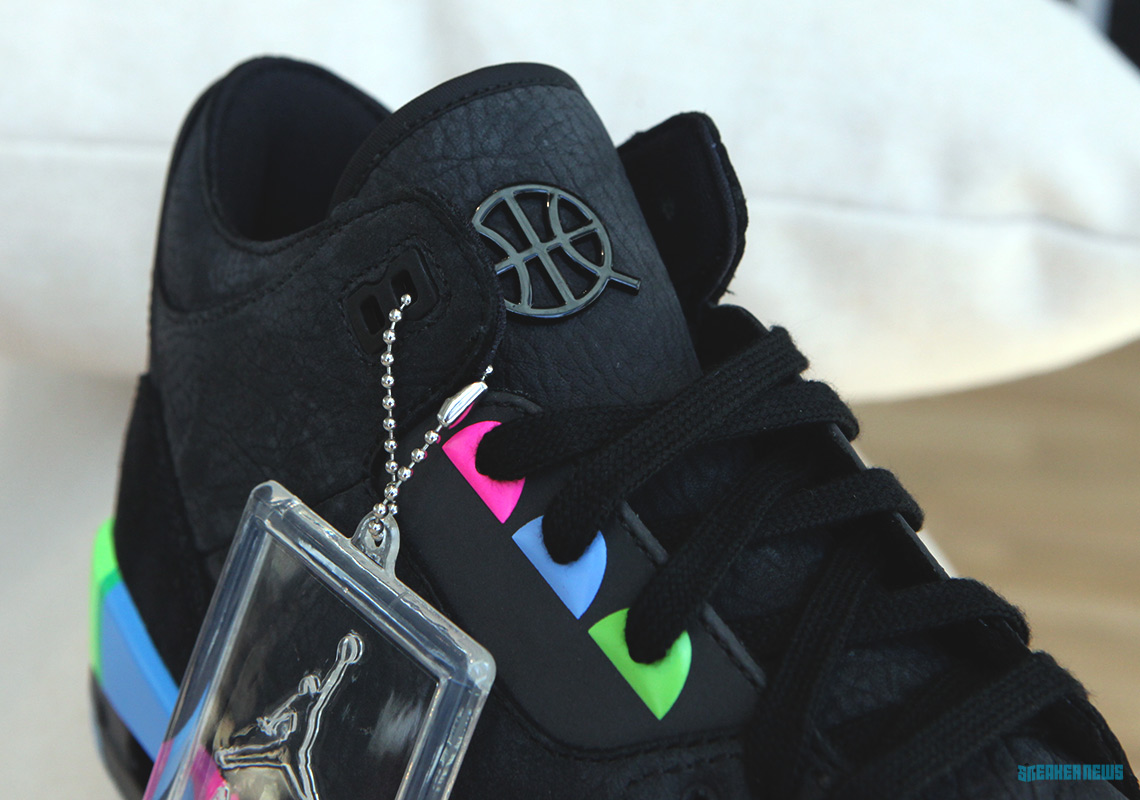 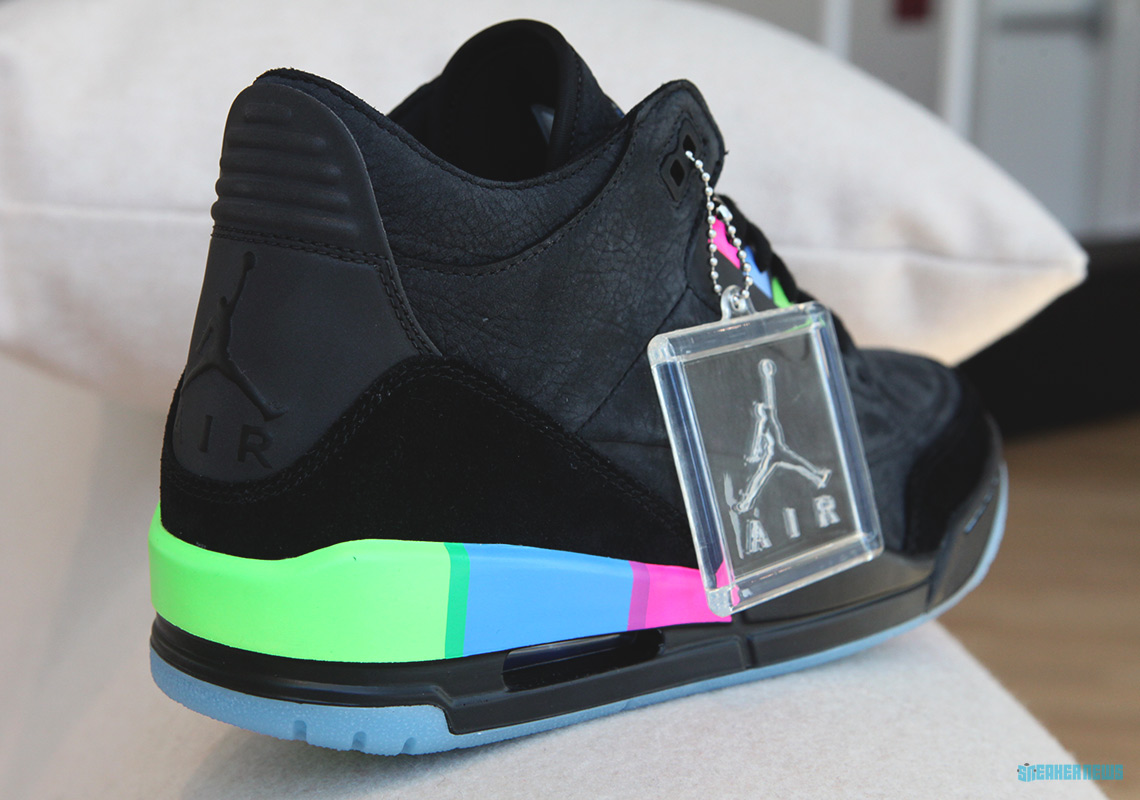 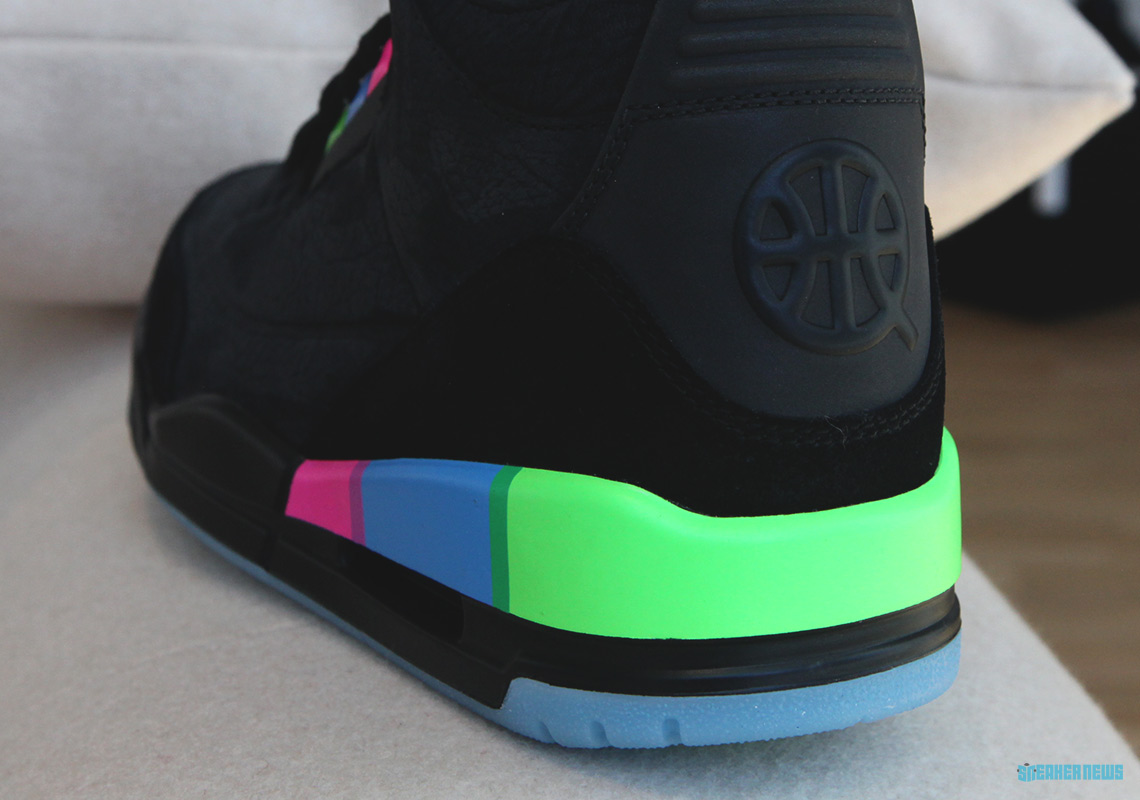 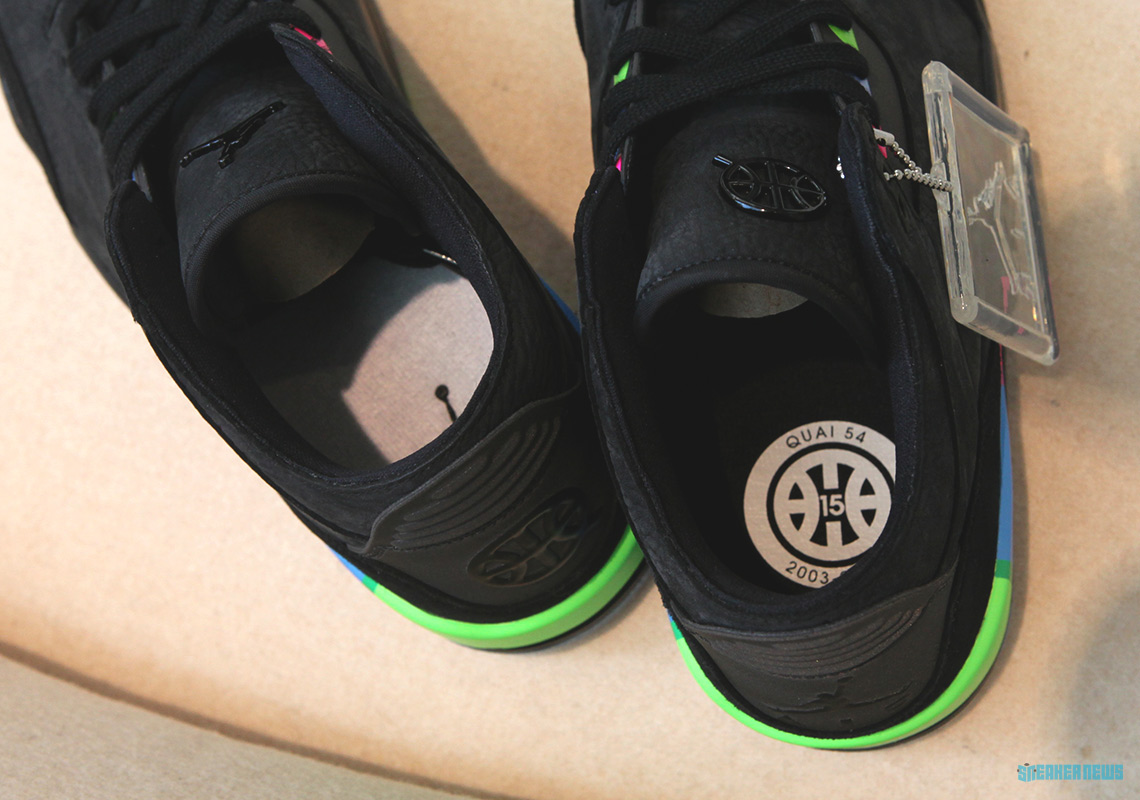