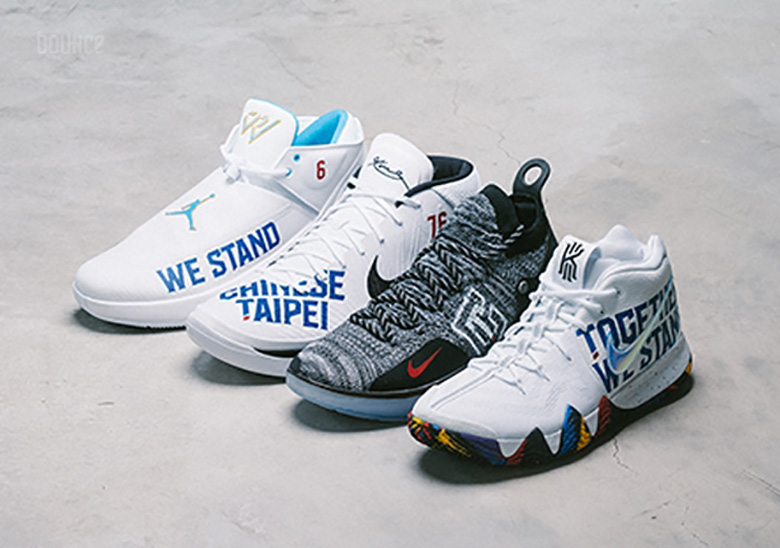 In honor of the 2019 Men’s Basketball World Cup Qualifications Tournament taking place in Asia this weekend, the Chinese Taipei National Team will be wearing four custom Nike shoes. During their matches against the Philippines and Japan, players will have their choice between a Nike Kobe AD, a Nike Kyrie 4, a Nike KD 11, and a Jordan Why Not Zer0.1. Equipped with each individual player’s uniform numbers, the shoes also feature the phrases “Together We Stand” printed onto the sneaker’s uppers in a number of different ways. Chinese Taipei’s national colors of red and blue are represented throughout each shoe along with yellow and green mixed into certain sneaker’s elements as well. Take a look at all four options for the National Team below and tell us which one of these Chinese Taipei customs is your personal favorite. 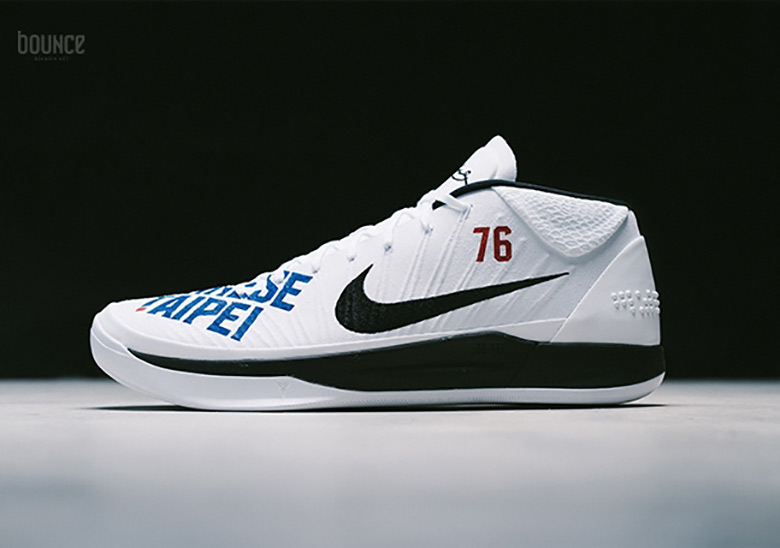 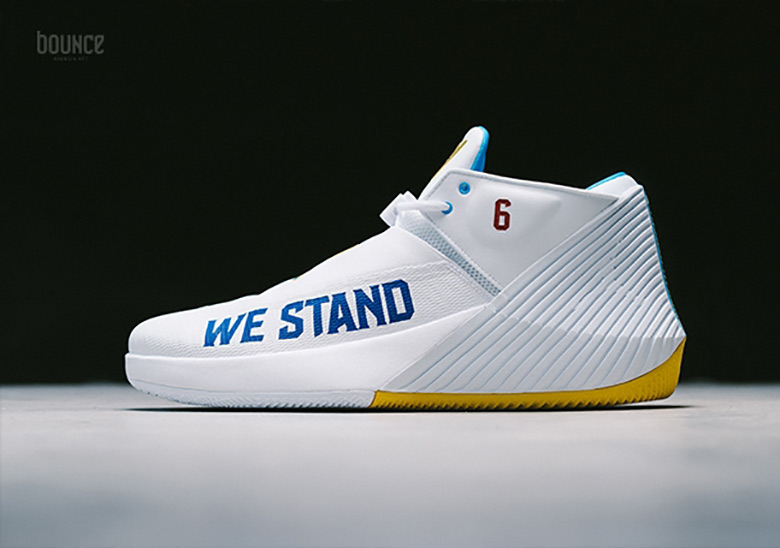 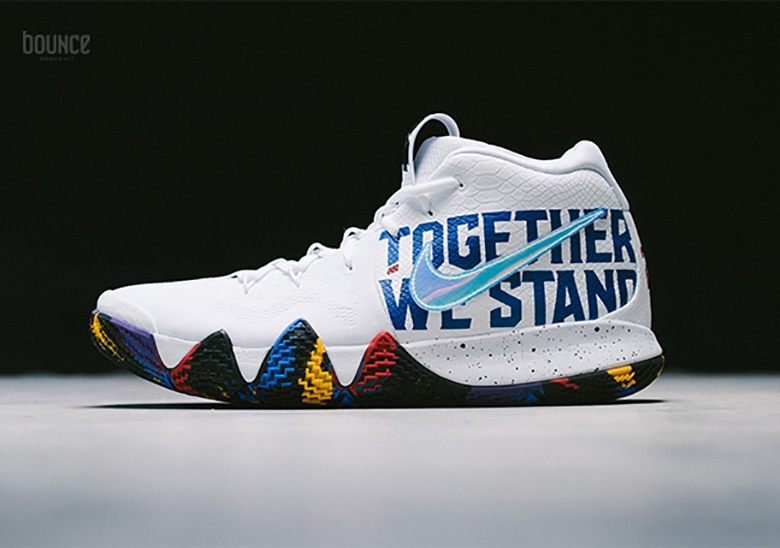 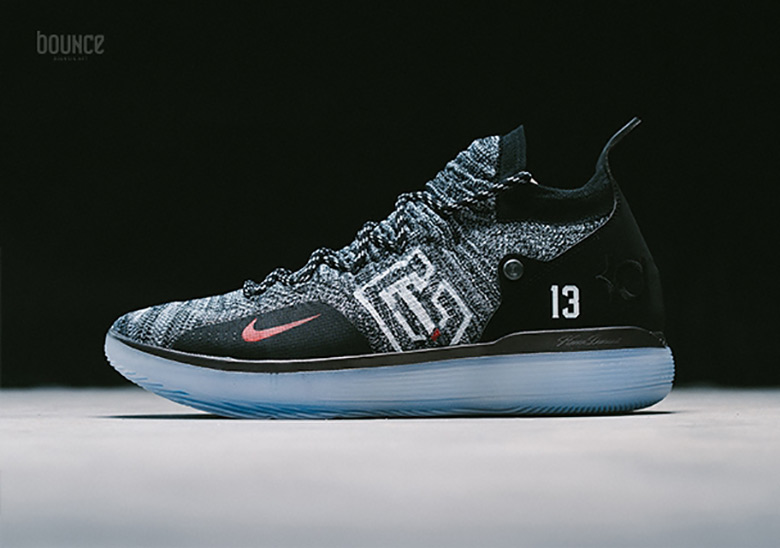 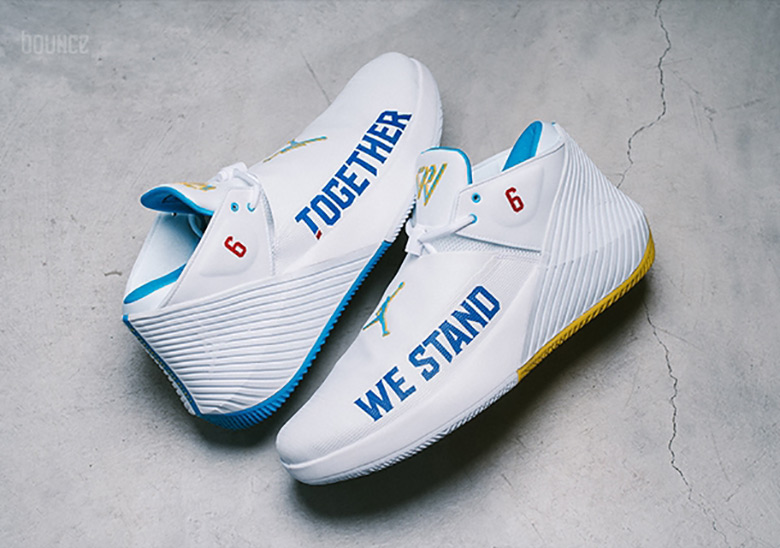 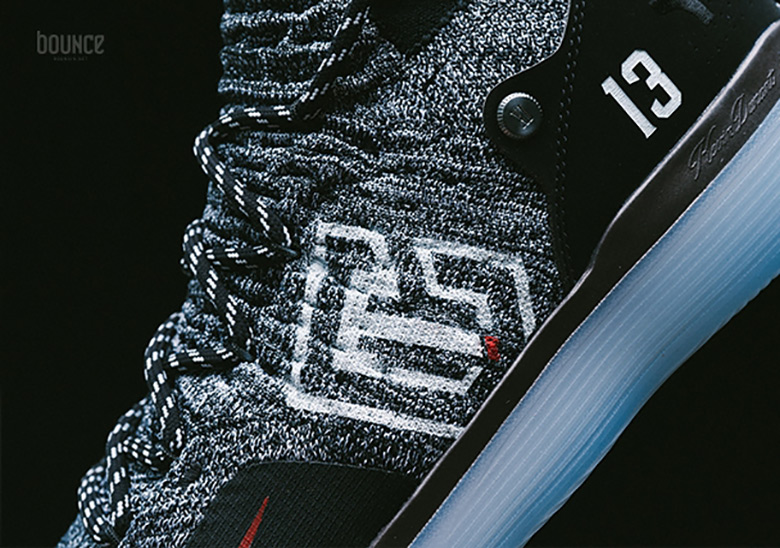 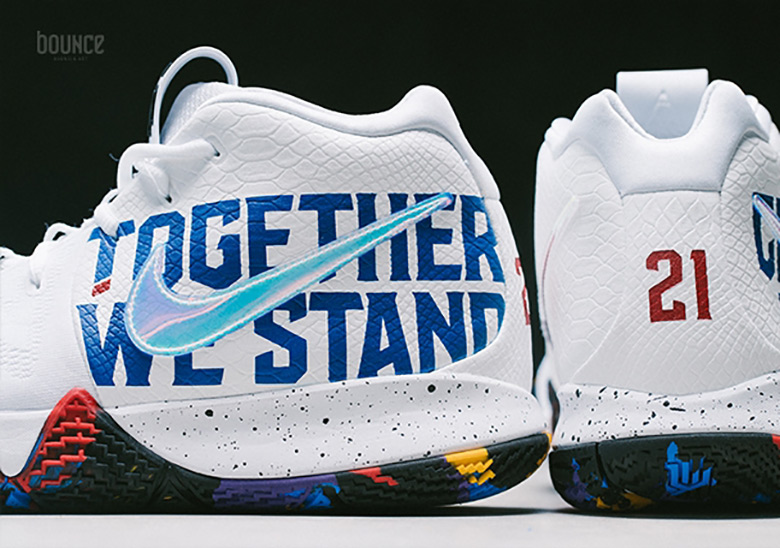 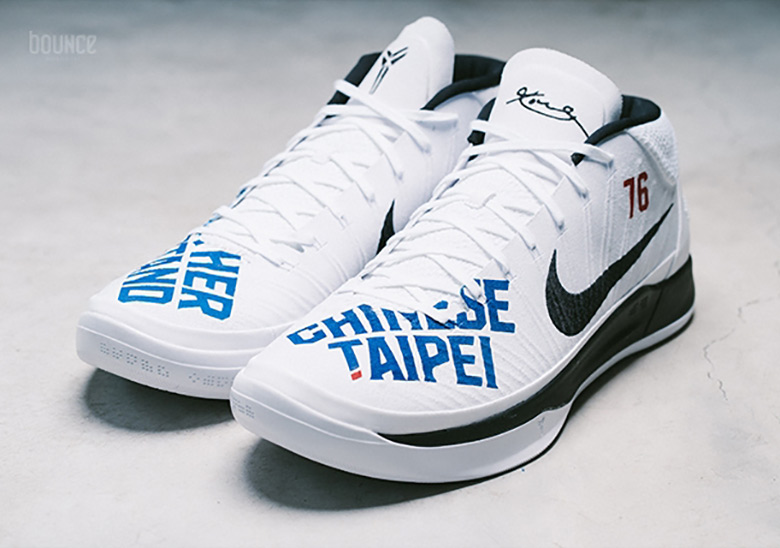