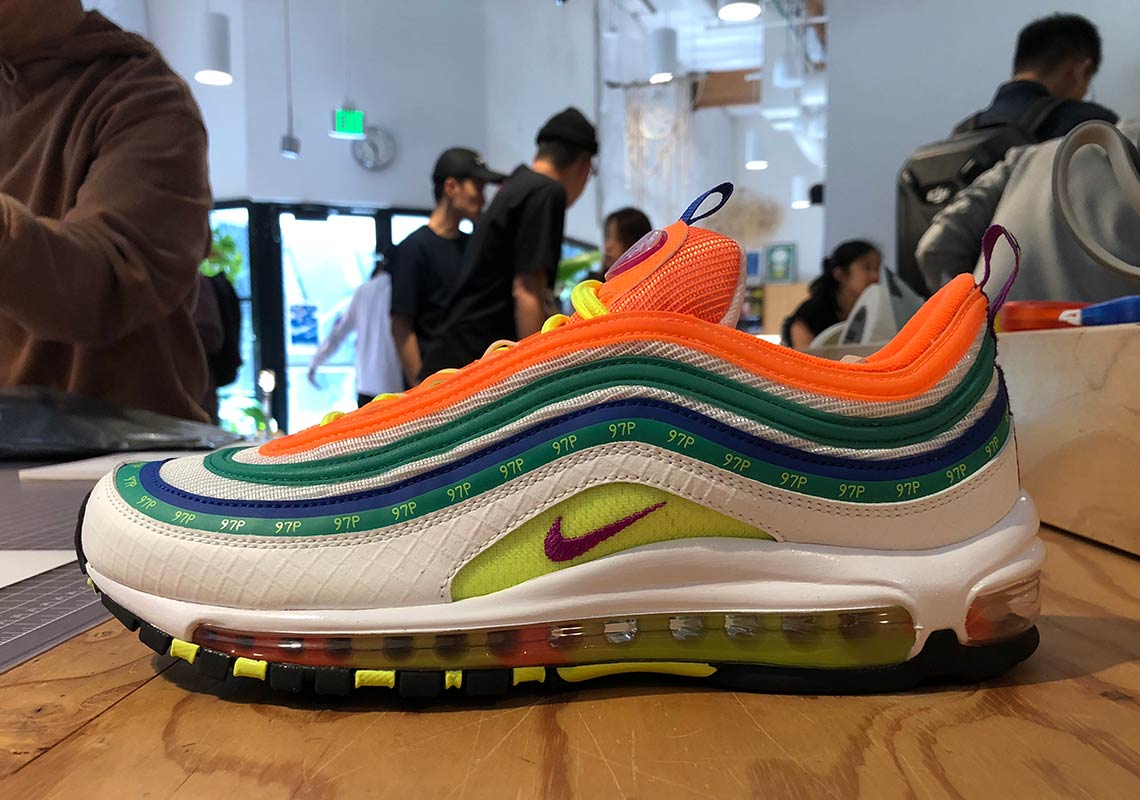 Nike’s On Air Vote Forwards competition took six cities known as epicenters of sneaker culture—New York, Seoul, Paris, Tokyo, London, and Shanghai—and gave young creatives from each an opportunity to conceptualize their own Air Max sneaker inspired by their home and their personal stories. After thinning all the submitted designs down to 18 and then trimming the 18 designs down to 6 winners that were officially announced in May, the first samples of all six winning designs have now been revealed at Nike’s Blue Ribbon Studio in their Beaverton headquarters. Each generation of Air Max makes an appearance, as the Air Max 1, Air Max 97, Air Max 98, and Vapormax Plus are all represented, and the designs feature a cornucopia of colors and patterns, paying homage to their cities in striking fashion. Enjoy a first look at all six designs below (and the “London Summer Of Love” 97s above), let us know which pair is your favorite, and be sure to keep it locked here for updates, as all six of these shoes are early samples and changes may very well be made before their final release. 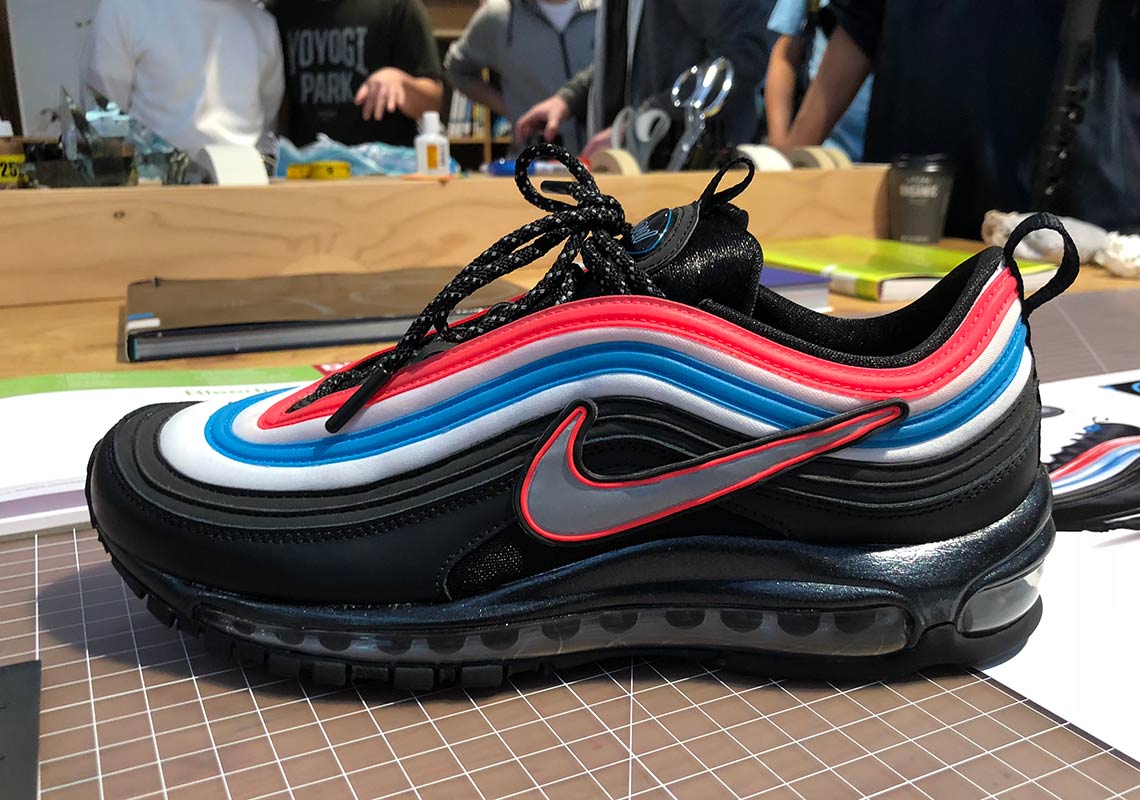 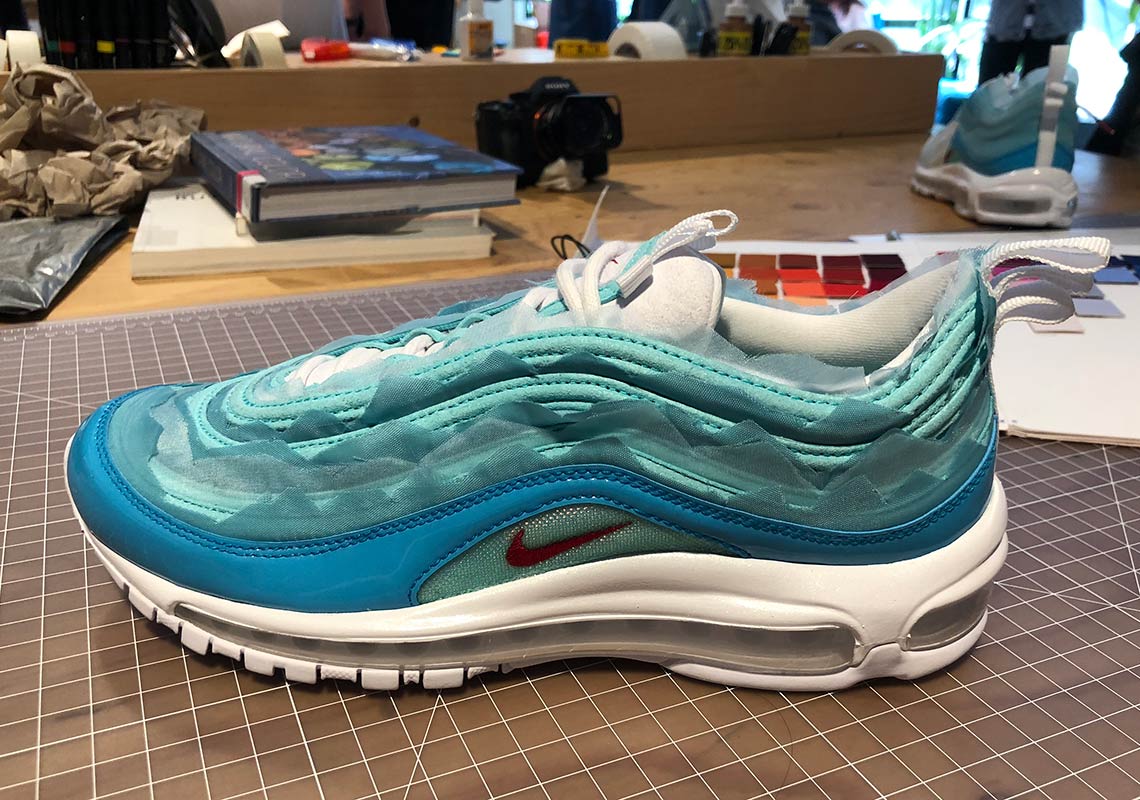 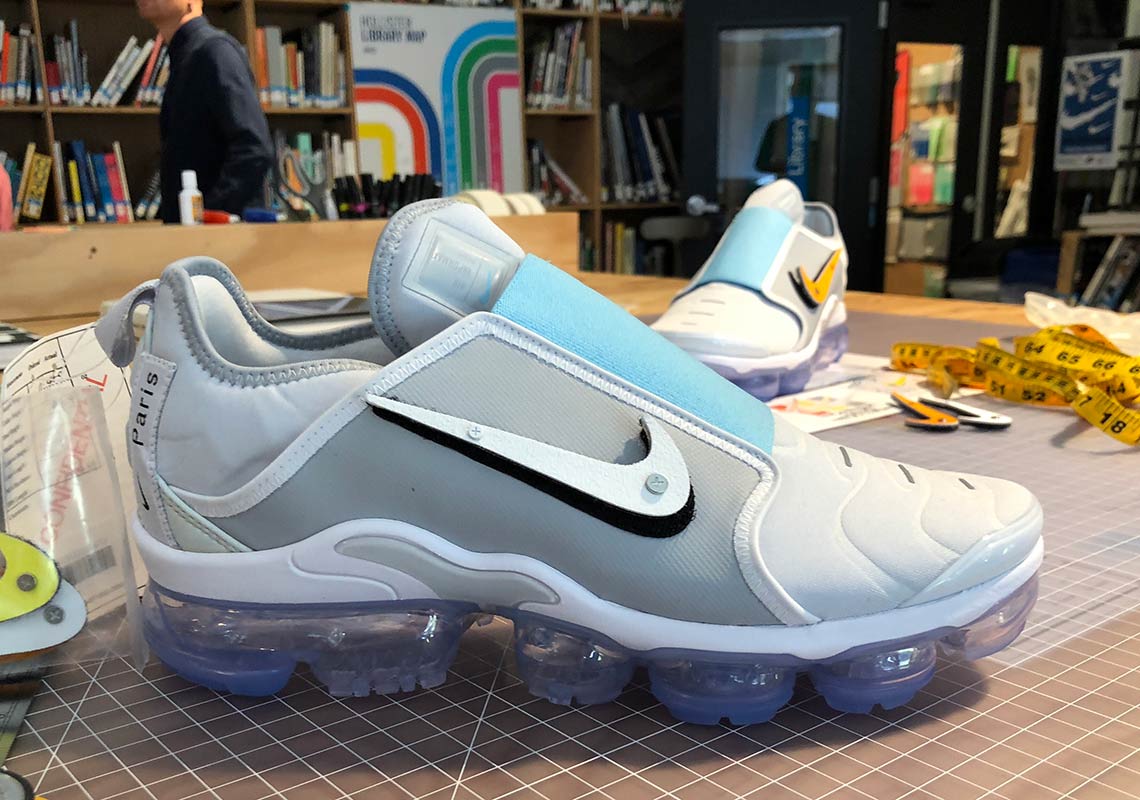 Nike Air Vapormax Plus On Air “Paris Work In Progress” 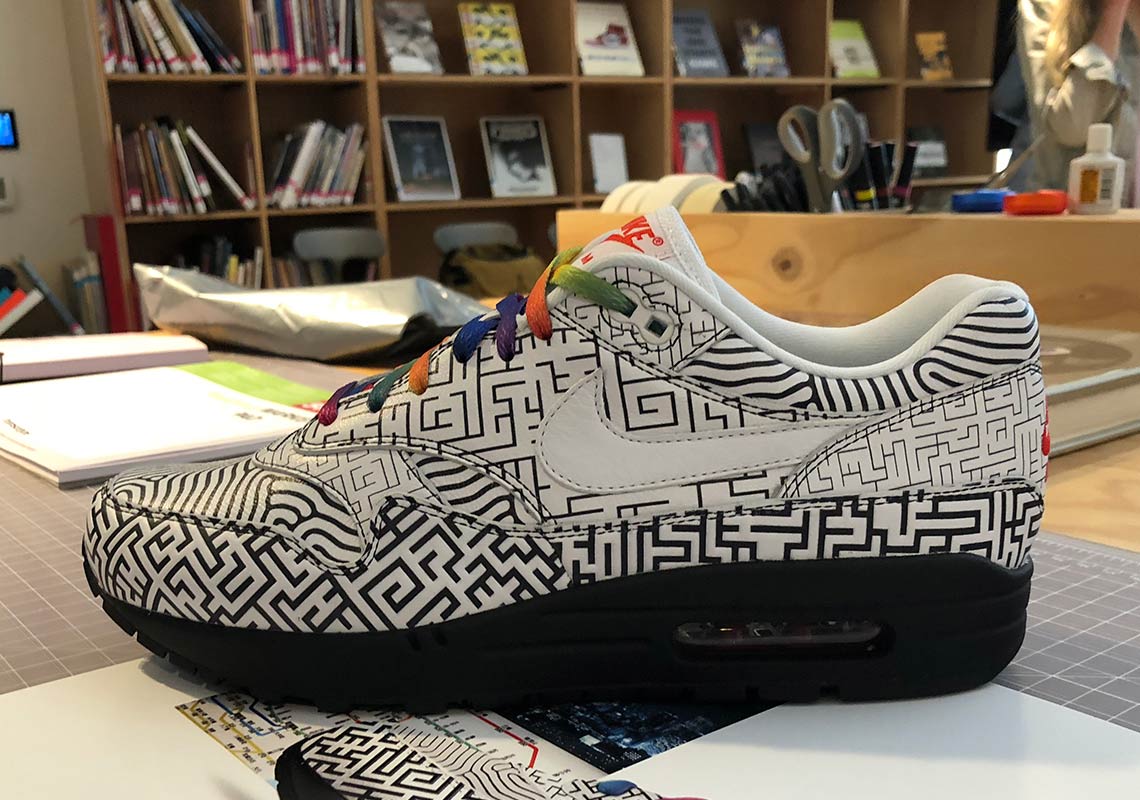 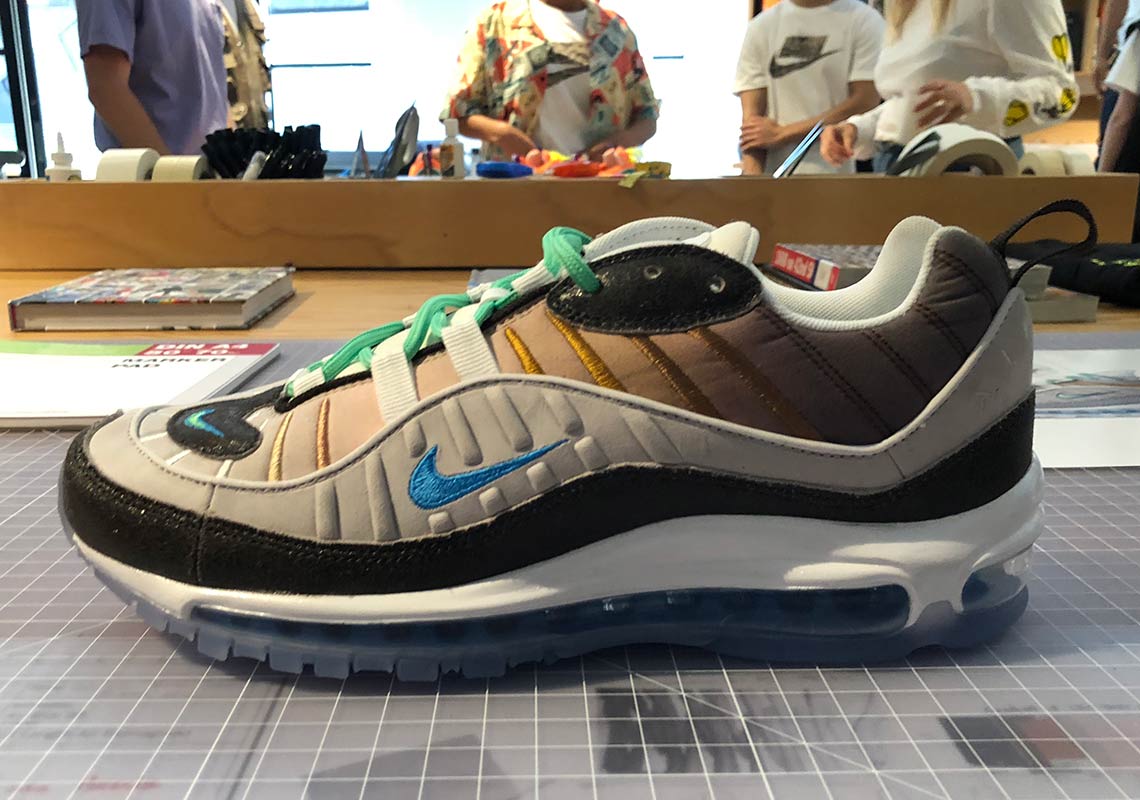