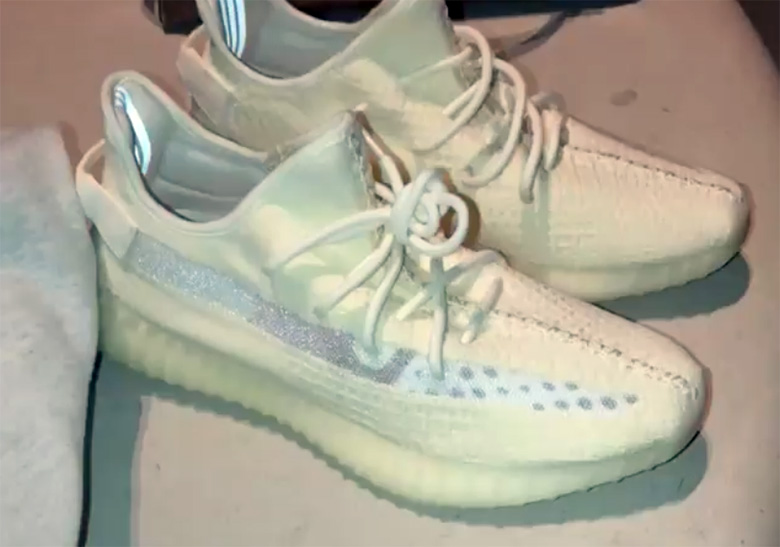 A Closer Look At The adidas Yeezy Boost 350 v2 “Translucent”

After revealing a plethora of new Yeezy models and colorways on her IG stories on July 16th, Kim Kardashian West is back at it again with a closer look at the most intriguing new addition to the Yeezy family. Sporting the same silhouette as the wildly popular adidas Yeezy BOOST 350 v2, this particular pair features a semi-translucent upper in place of where the sneaker’s “SPLY 350” branding and midfoot stripe once sat. That visible window gives the consumer a look into the inner workings of the Yeezy model and the construction that goes into making it one of the most comfortable sneakers that money can buy.

Other details include a colorway that sits somewhere in the middle of the previously released Butter and Cream Yeezys as well as a heel strap that has made it way on and off the 350 in recent installments. While this newly-constructed adidas Yeezy model is certainly unique, it is not the first time we have seen it, as Kim gave us a look at a grey and white-patterned version just over a week ago. No release information for the adidas Yeezy BOOST 350 v2 “Translucent” is available right now, but keep it locked for updates and tell us if you like the direction the brand is headed.

Update: The Yeezy Mafia has reported that the “Static”-colored version of this see-through silhouette will release in December. 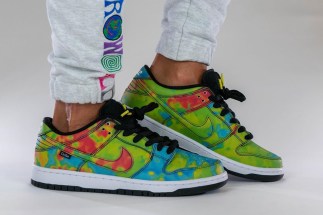