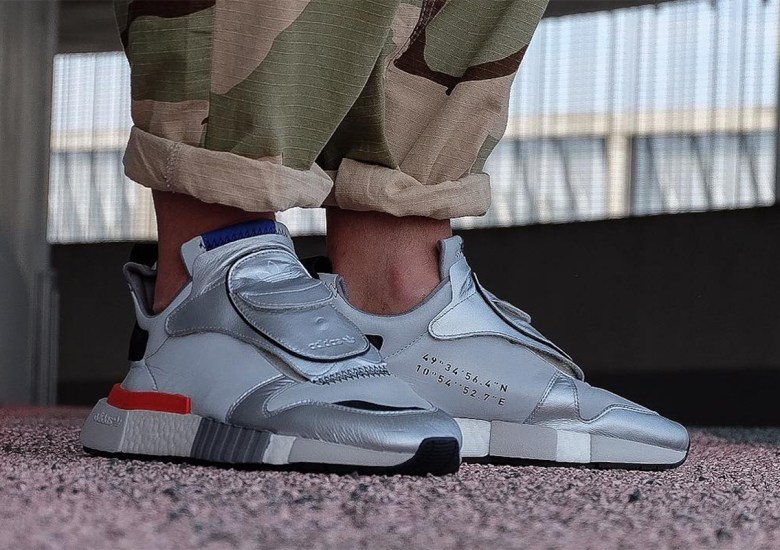 Is adidas Releasing The Futurepacer In The OG Micropacer Colorway?

The adidas Micropacer was a shoe truly ahead of its time upon its original release in 1984. The first piece of footwear to electronically monitor the wearer’s distance, average speed, and calories burned, the Micropacer was a revelation: a pedometer for your feet, released just in the nick of time for the ’84 Olympics. Due to their then-advanced technology—and unique design—the Micropacer carved out a place in the pantheon of sneaker history, and the Three Stripes paid homage to the legendary sneaker earlier this year with the adidas Futurepacer, a re-worked take on the original, complete with a full Boost midsole.

Now the commemorative shoe may be releasing in an even more heritage-inspired iteration, as images of a Futurepacer boasting an original Micropacer colorway have surfaced. Featuring the bold silver detailing on the upper that the Micropacer was known for, the shoe also offers red and blue accents via the tongue and heel, while light grey appears on both the upper and white Boost midsole to complete the retro look. Let us know what you think about this retro futuristic silhouette from the Three Stripes, and stay tuned for updates regarding a release as they’re available.