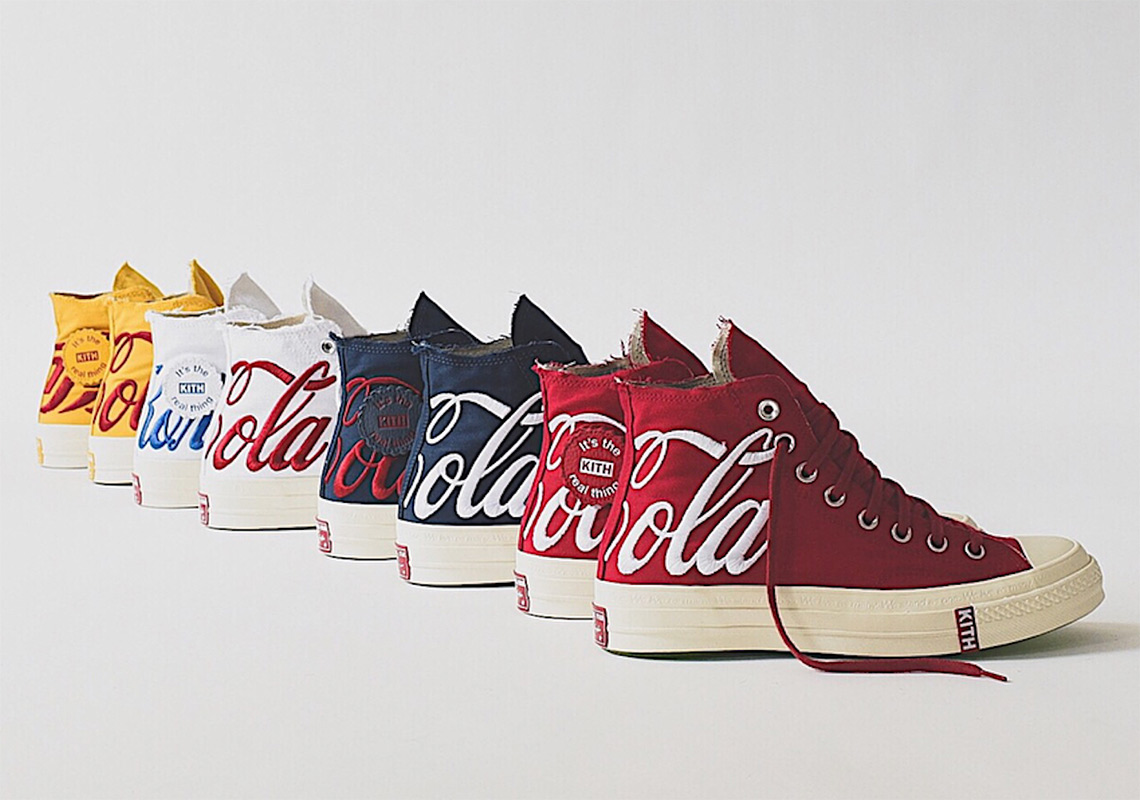 Nearly one year ago, Ronnie Fieg and his globally popular streetwear label, KITH, excited the sneaker industry by exclusively releasing a three-entity collaboration that called upon the services of two of the most iconic brands the world over – Coca-Cola and Converse. Garnering love from sneakerheads, Coke memorabilia aficionados, and the growing number of die-hard KITH fans around the globe, this project is undoubtedly one of the brand’s premier collaborations. After teasing a sequel to the collection for a number of weeks, Ronnie Fieg took to his Instagram account late this afternoon to unveil a four-piece Converse Chuck Taylor 1970 capsule to go along with apparel that has already been confirmed in detail.

From the photographs of apparel that we have already seen, it was clear that this collection featured significant international flavor. Now, with the help of Fieg’s caption, it is clear that this set will come with an iteration specifically dedicated to The United States, France, Russia, and China, with boldly embroidered Coca-Cola branding in different iconic languages across each upper. Just like the prestigious catalyst for this collection from last year, KITH branding can be found by way of a red bar that takes shape on each of the four offering’s vulcanized sole unit. With a premium aesthetic in mind, the designers at KITH and Converse opted to equip this capsule with raw, edged, heavyweight denim to increase the shoes physical appeal as well as its longevity. Enjoy a detailed look at the four upcoming KITH x Coca-Cola Converse Chuck 70s below and look forward to their release next Saturday, August 18th. 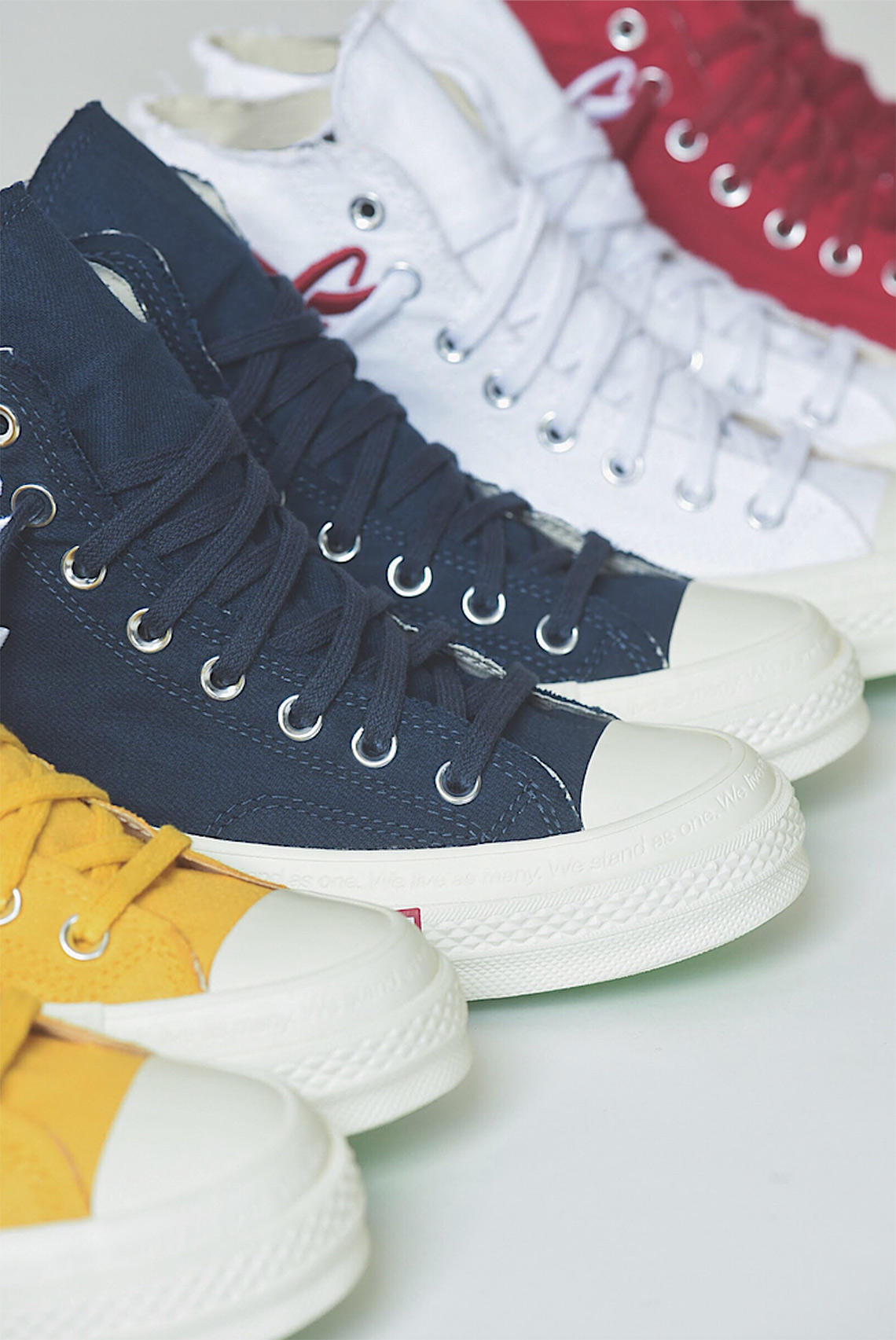 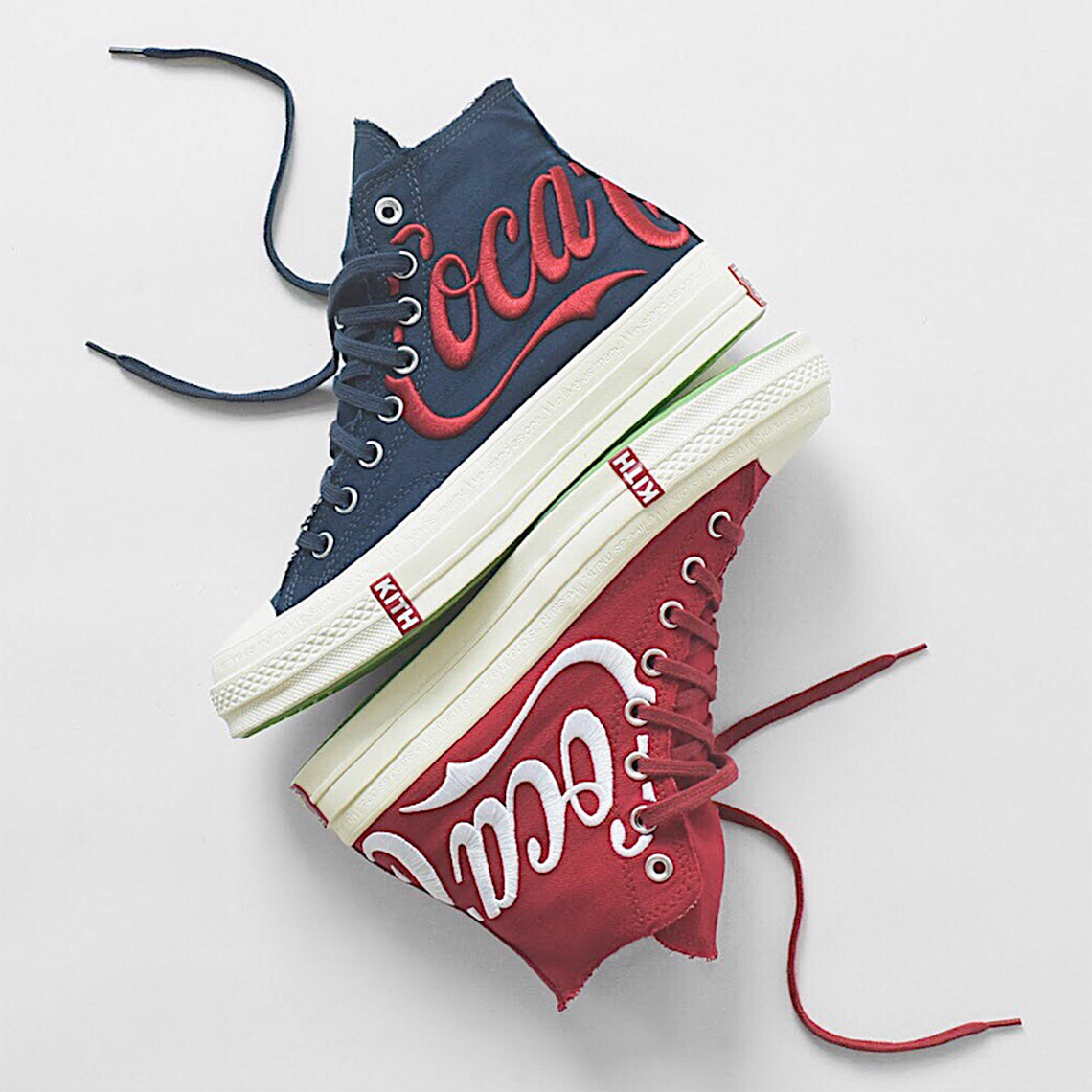 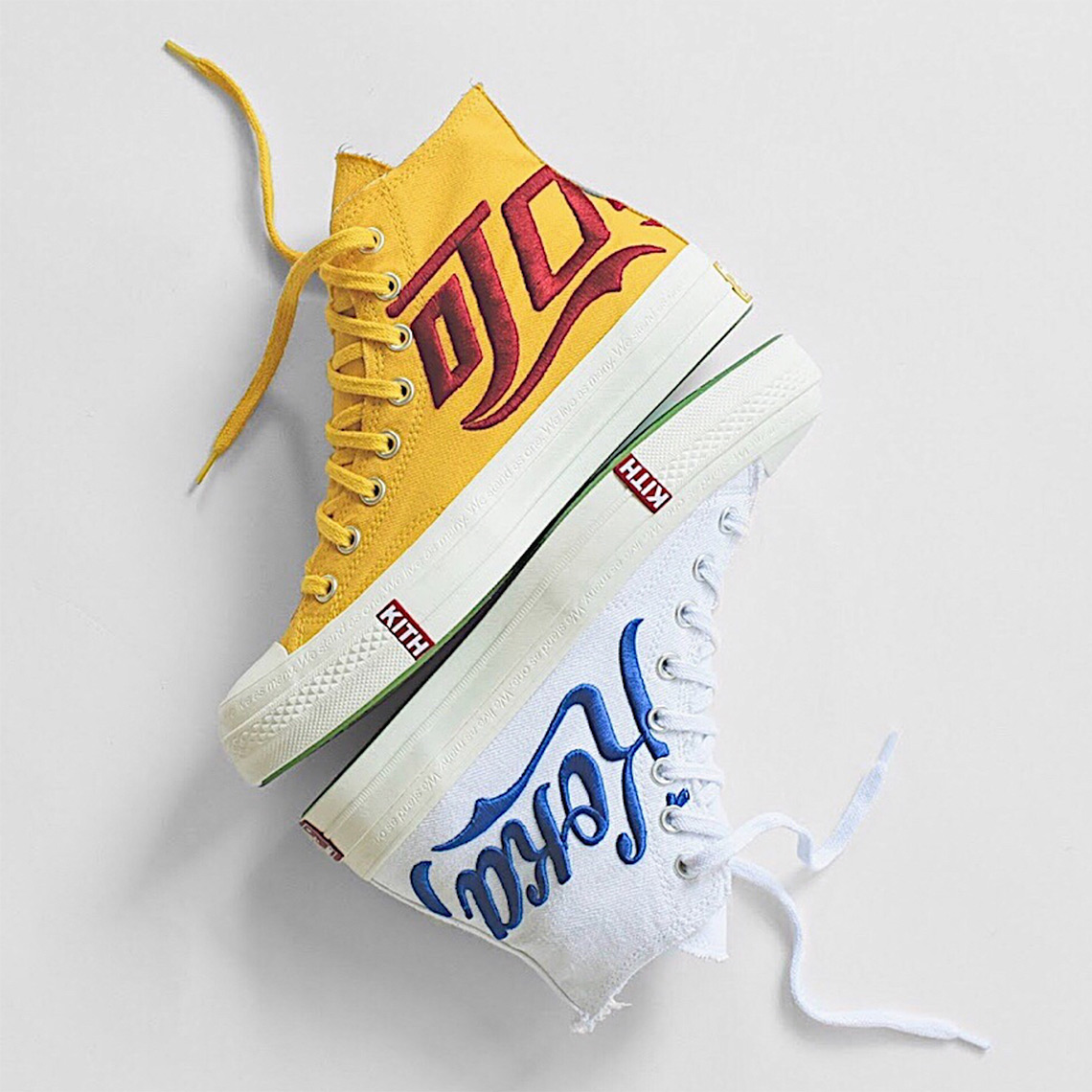 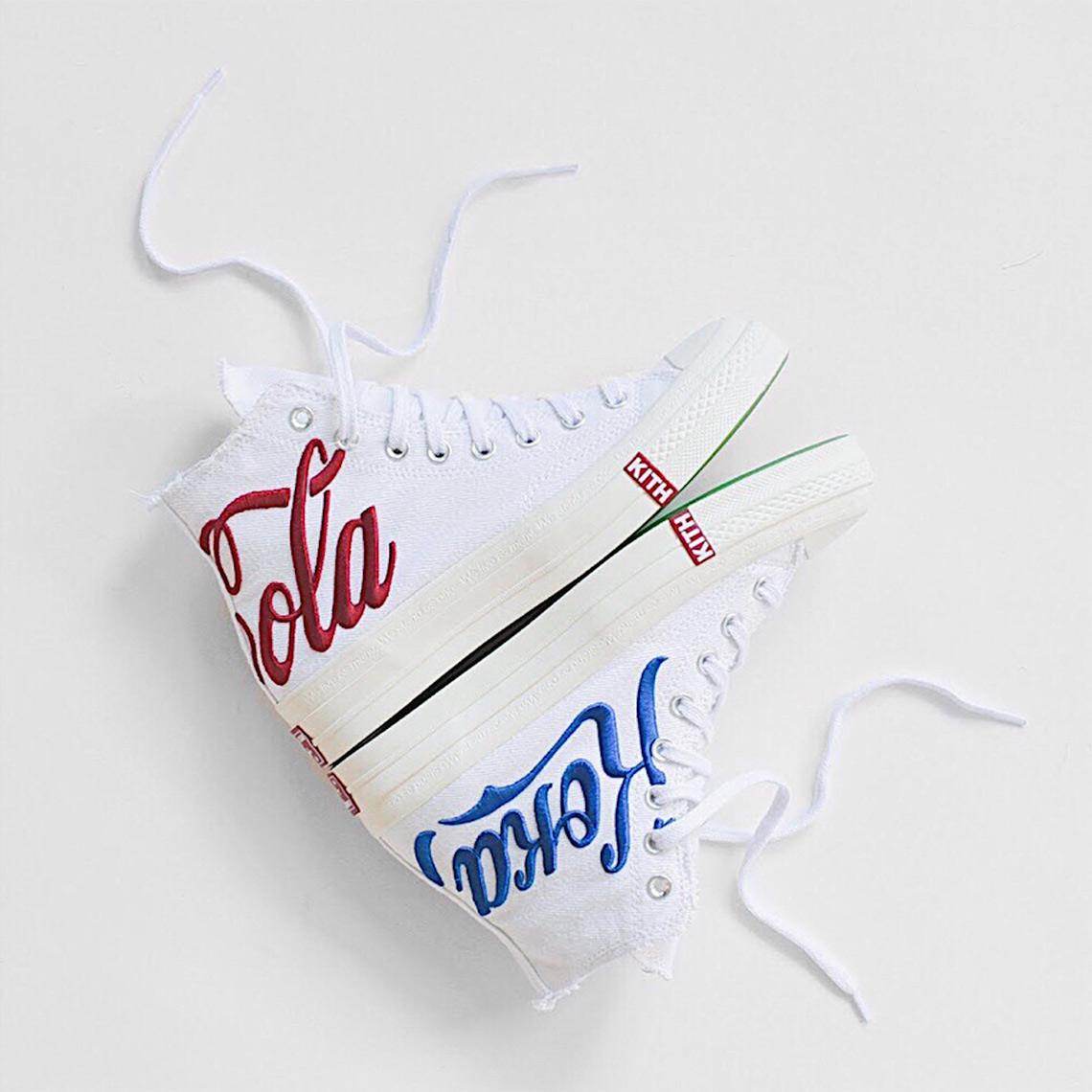 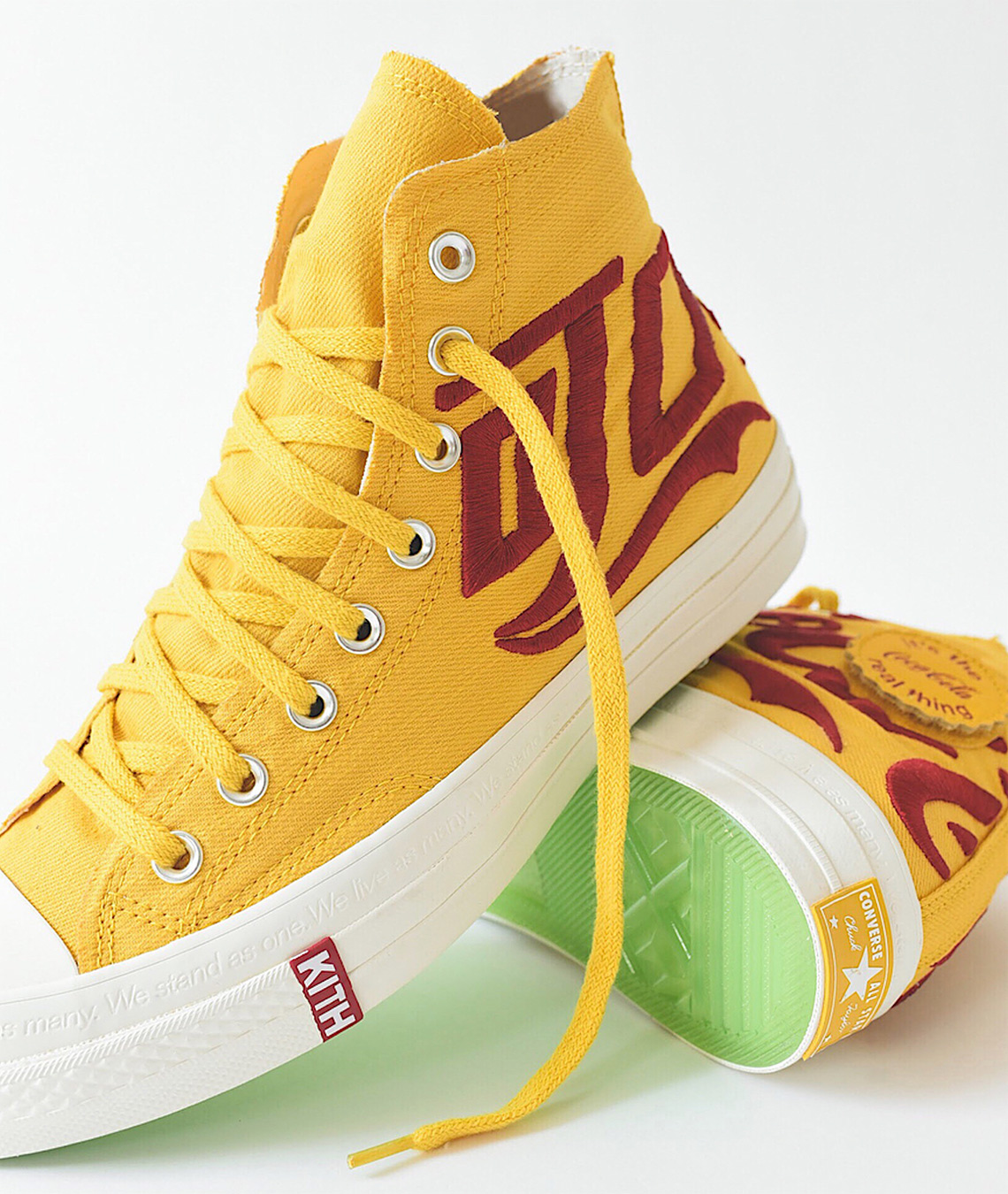 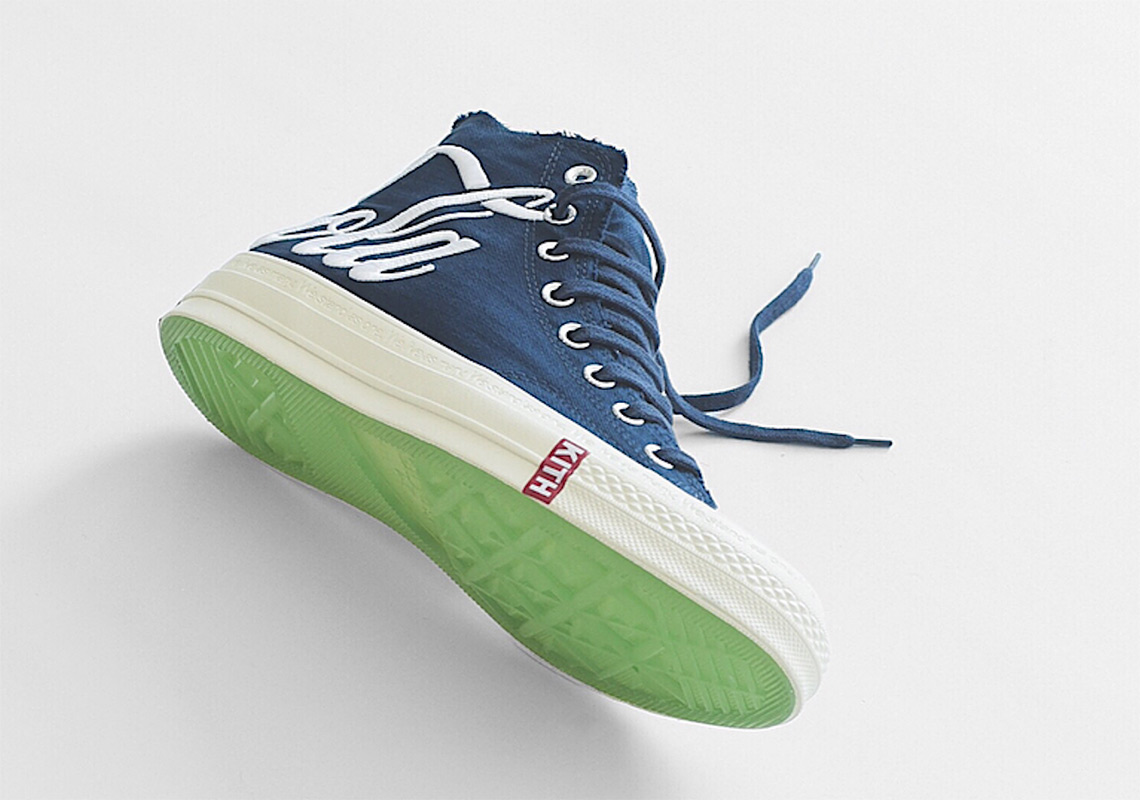 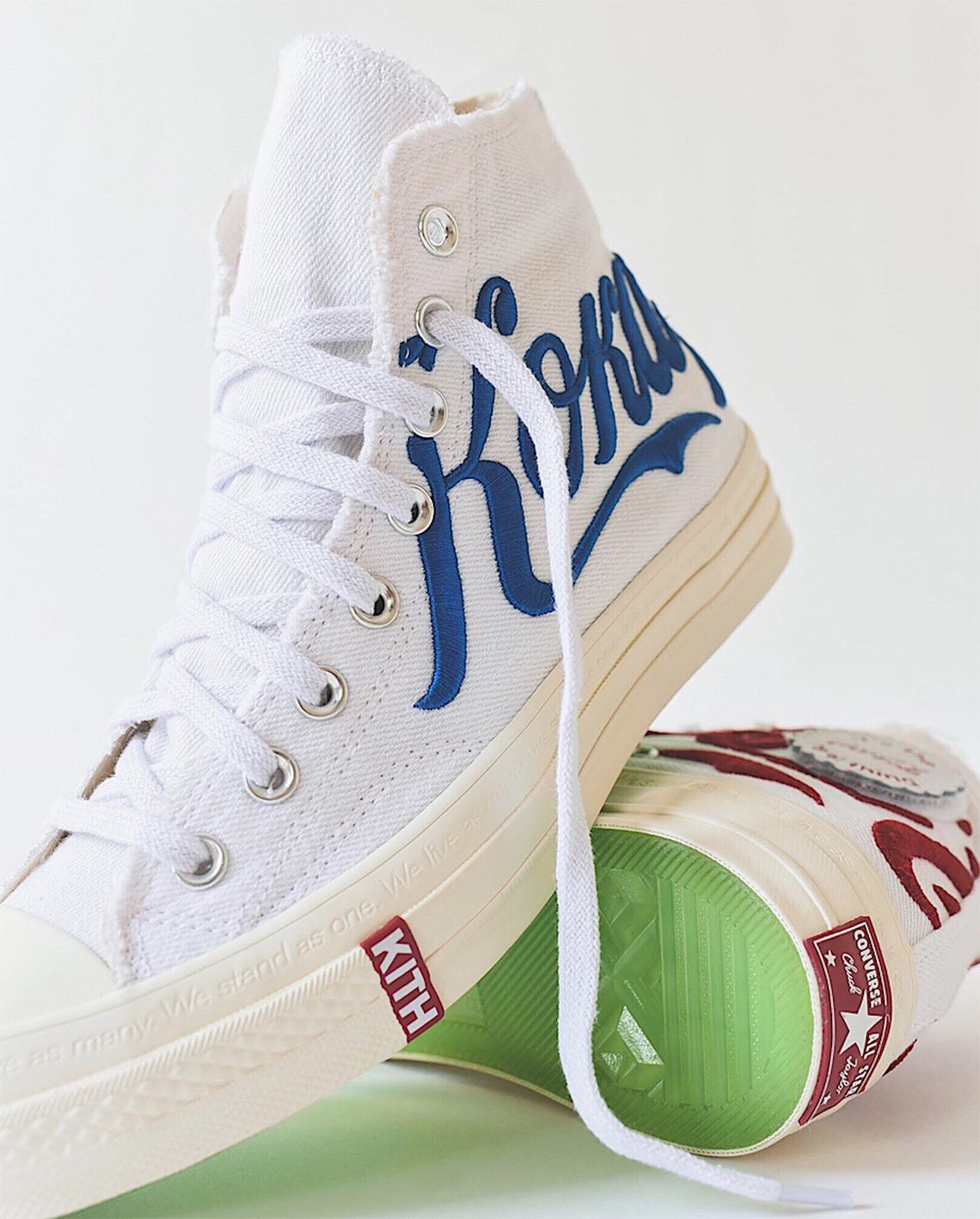 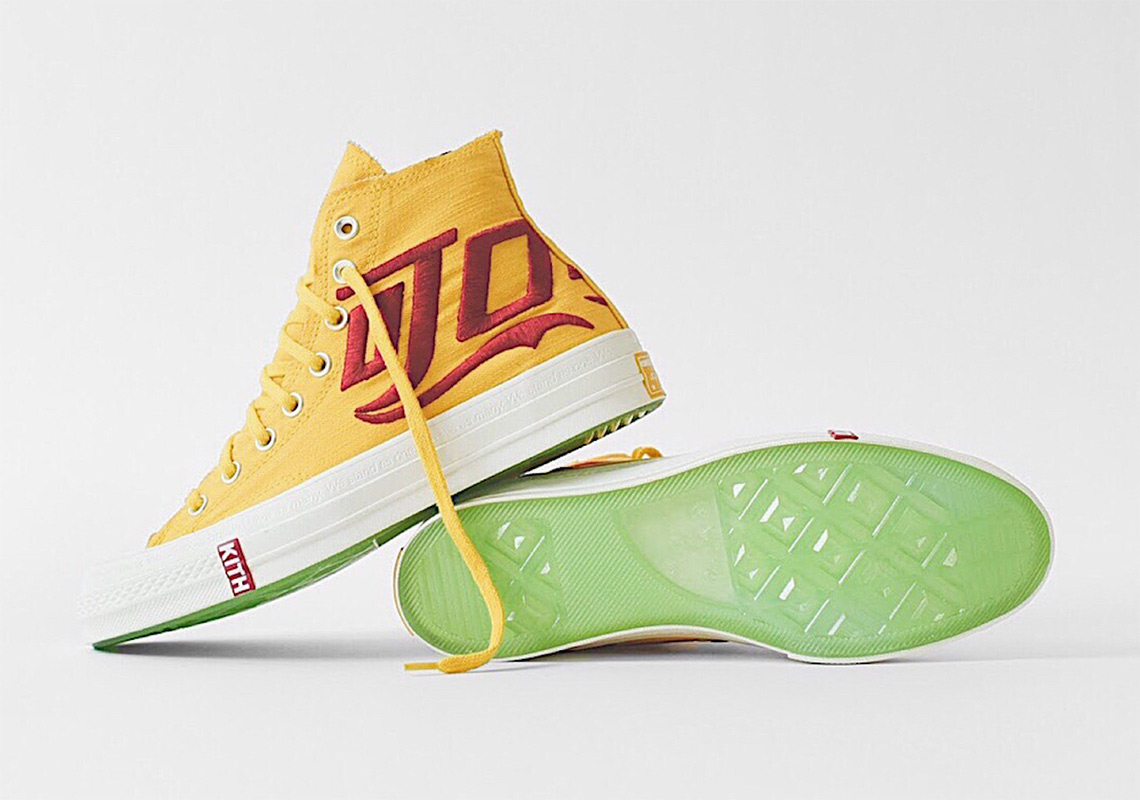 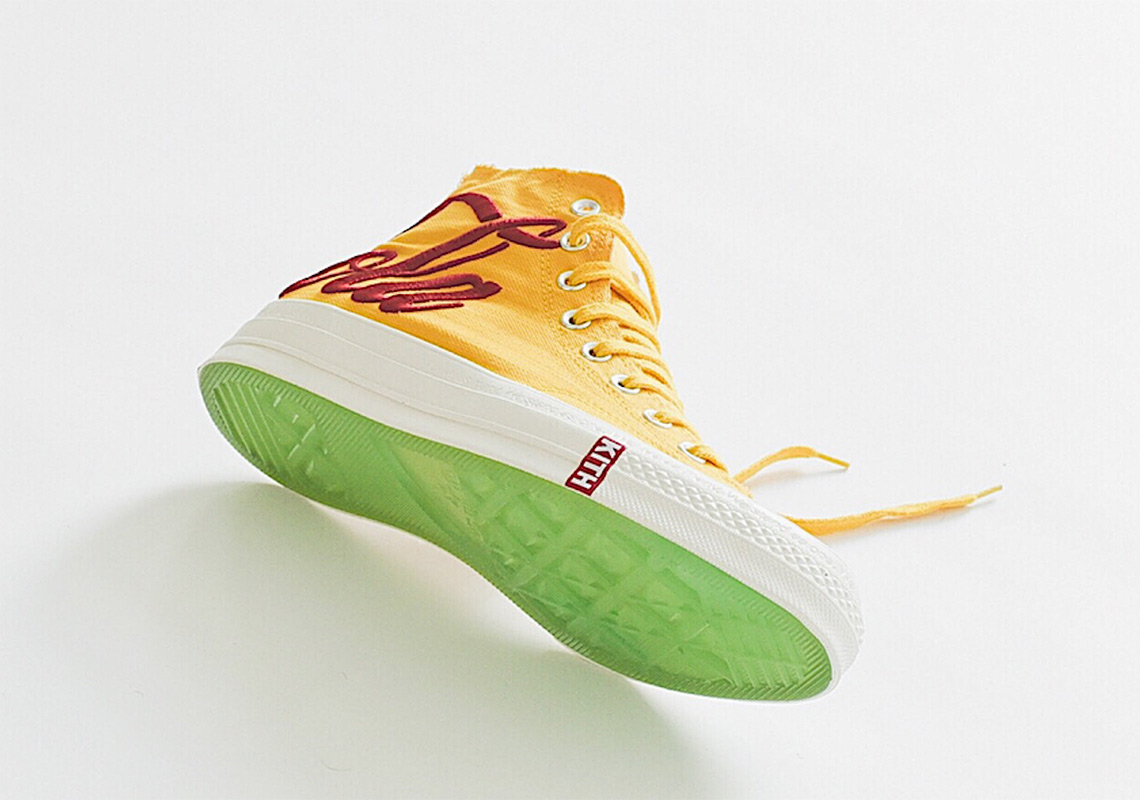