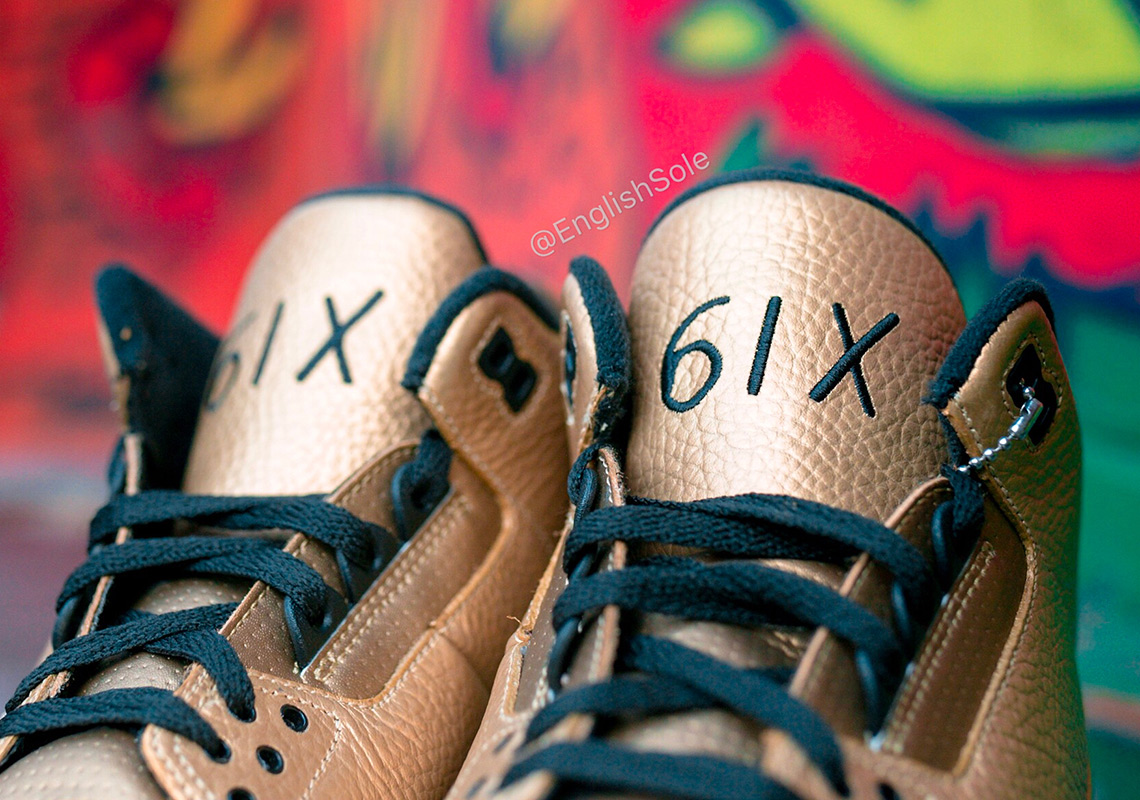 According to industry sources, the Drake/adidas deal is officially dead – fallout from the salacious yet entertaining beef between the Toronto-based rapper and Pusha T. Drake himself all but confirmed the broken relationship when he voiced the now famous line “checks over stripes, that’s what I like” in his feature in Travis Scott’s Sicko Mode track. While nothing on Nike’s end has been confirmed, Champagne Papi’s been wearing nothing but Nike and Jordan, so we’ll wait for the either brand to come forward with their official news.

Until then, we get to enjoy closer looks at some of Drake’s Air Jordan specialties. One of the unreleased pairs is this Air Jordan 3 dressed in a gold and black colorway and hints of red on the sole. OVO’s logo is pressed onto the insole, while a tribute to Toronto is seen on the tongue with an embroidery of “6IX”. According to English Sole, who provided these photos, only five pairs were created. See a closer look ahead and stay tuned for official updates on Drake’s next sneaker deal. 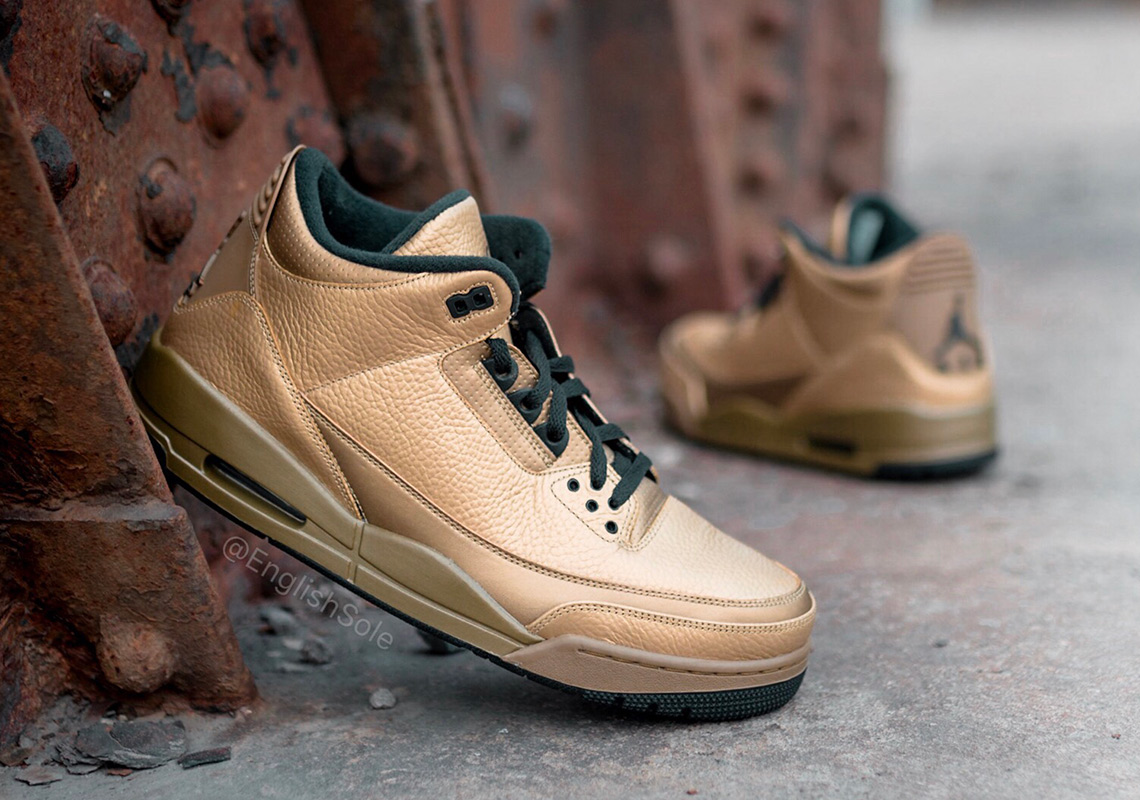 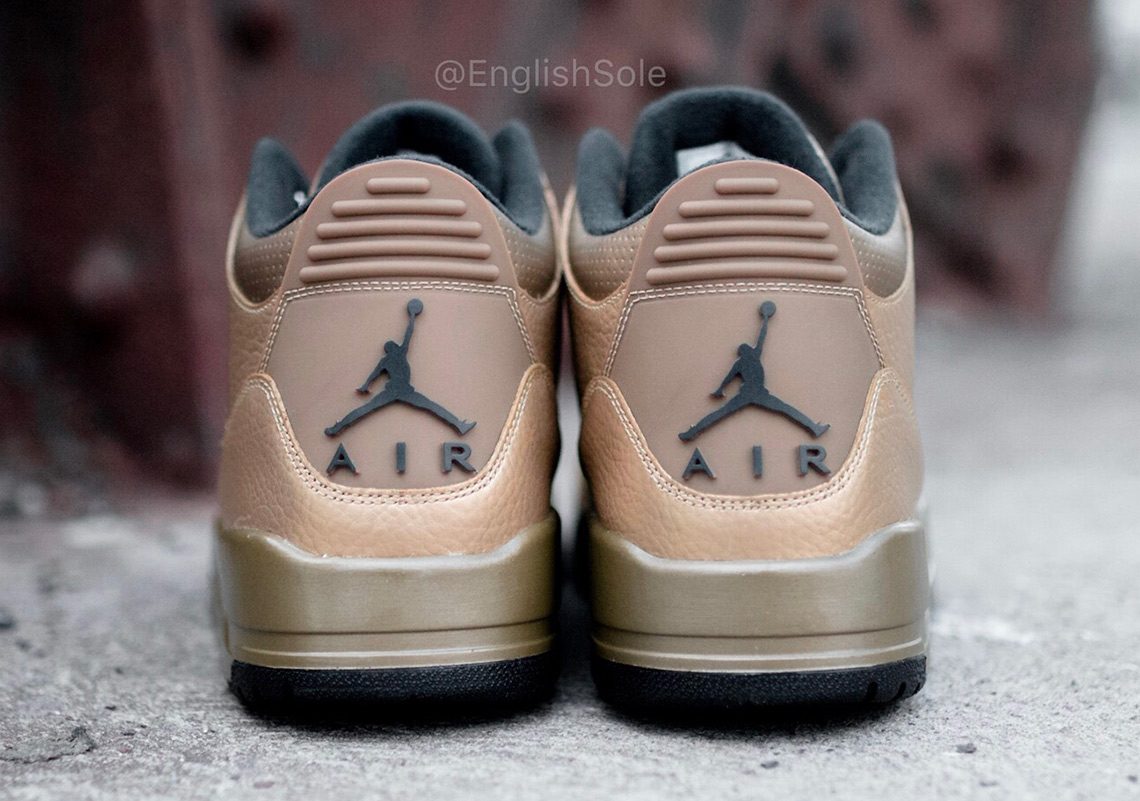 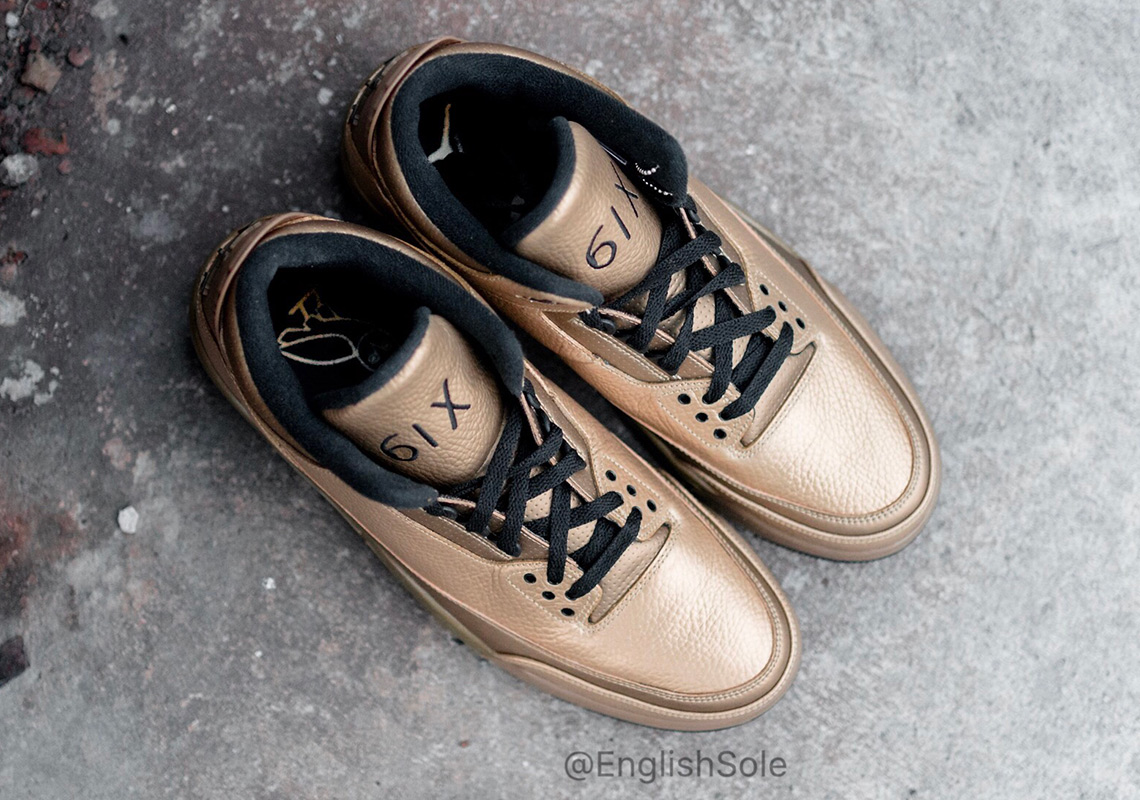 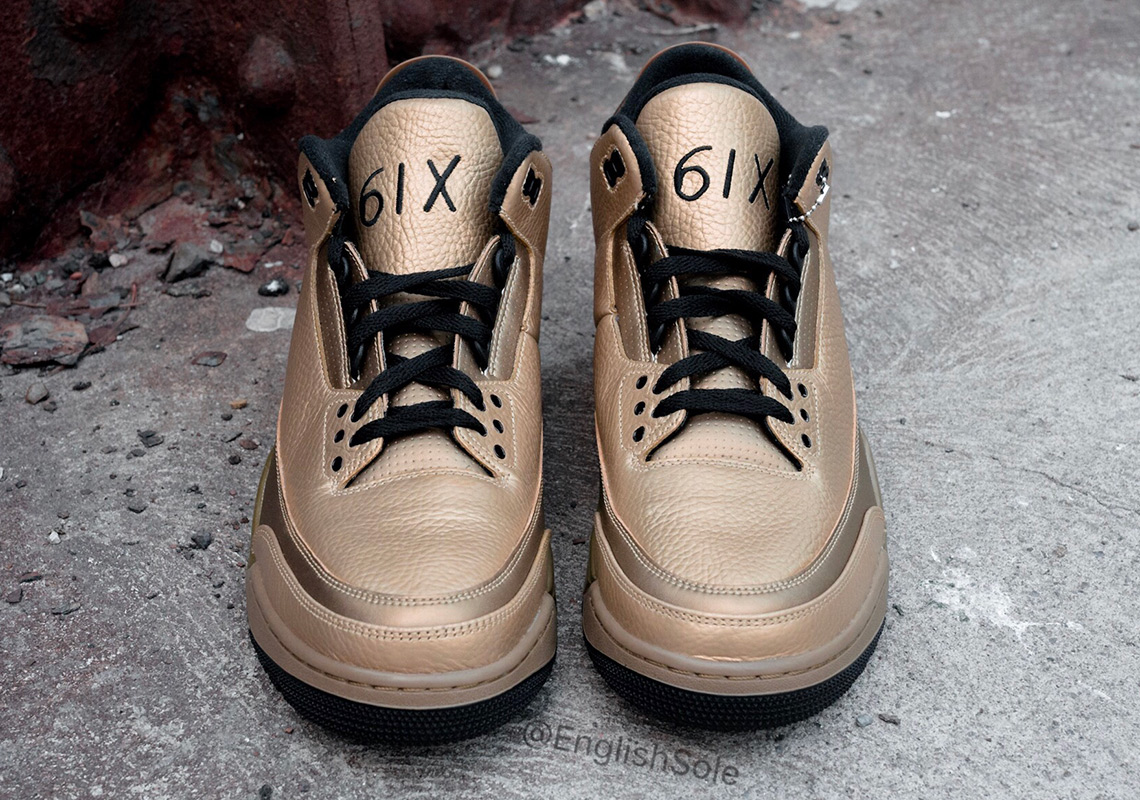 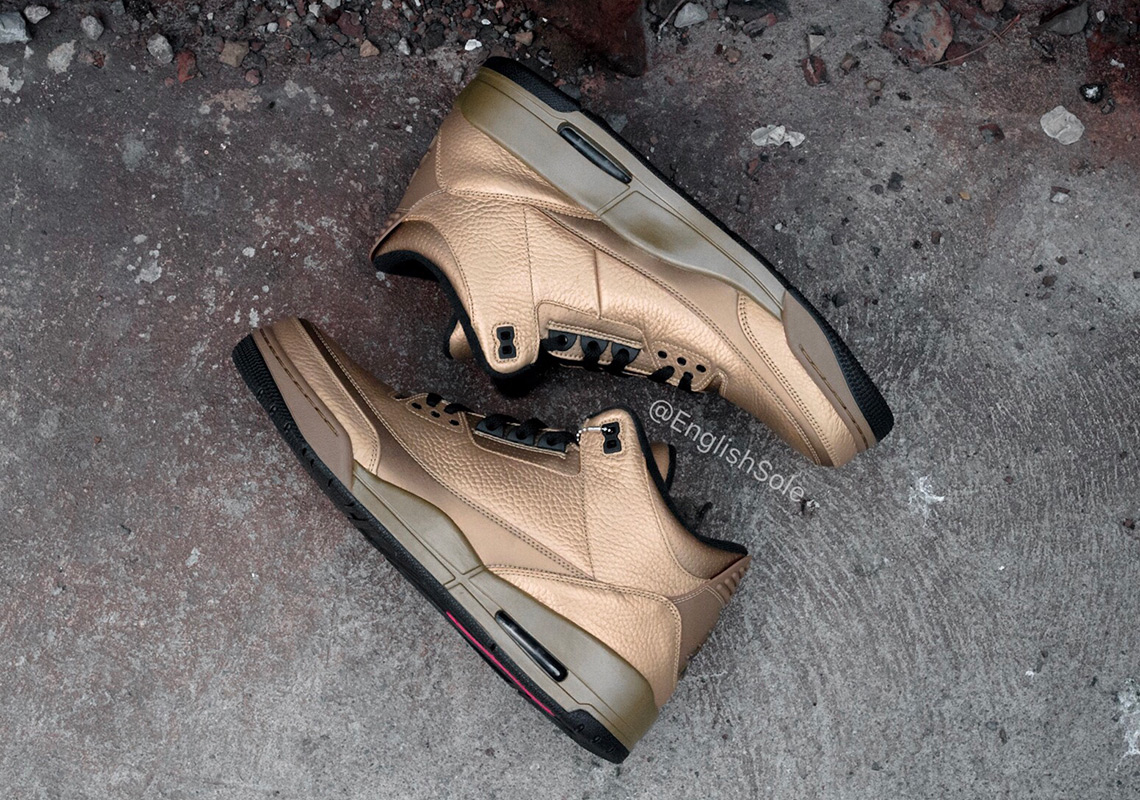 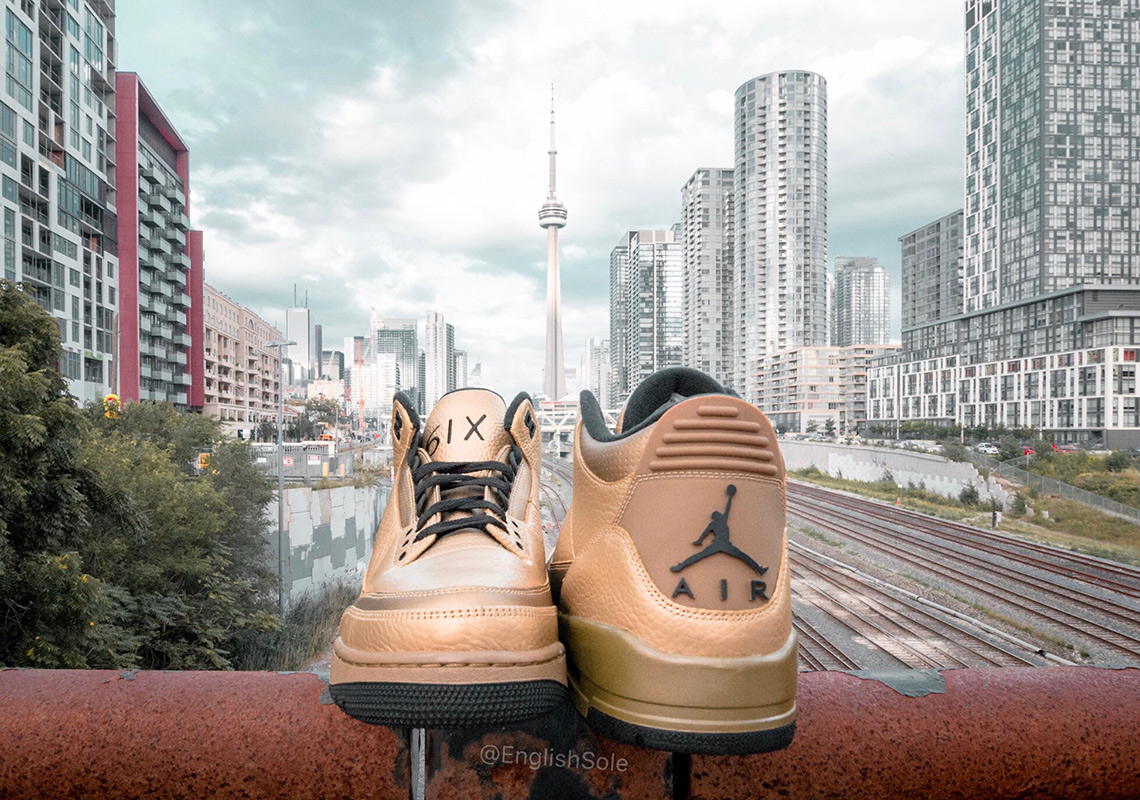 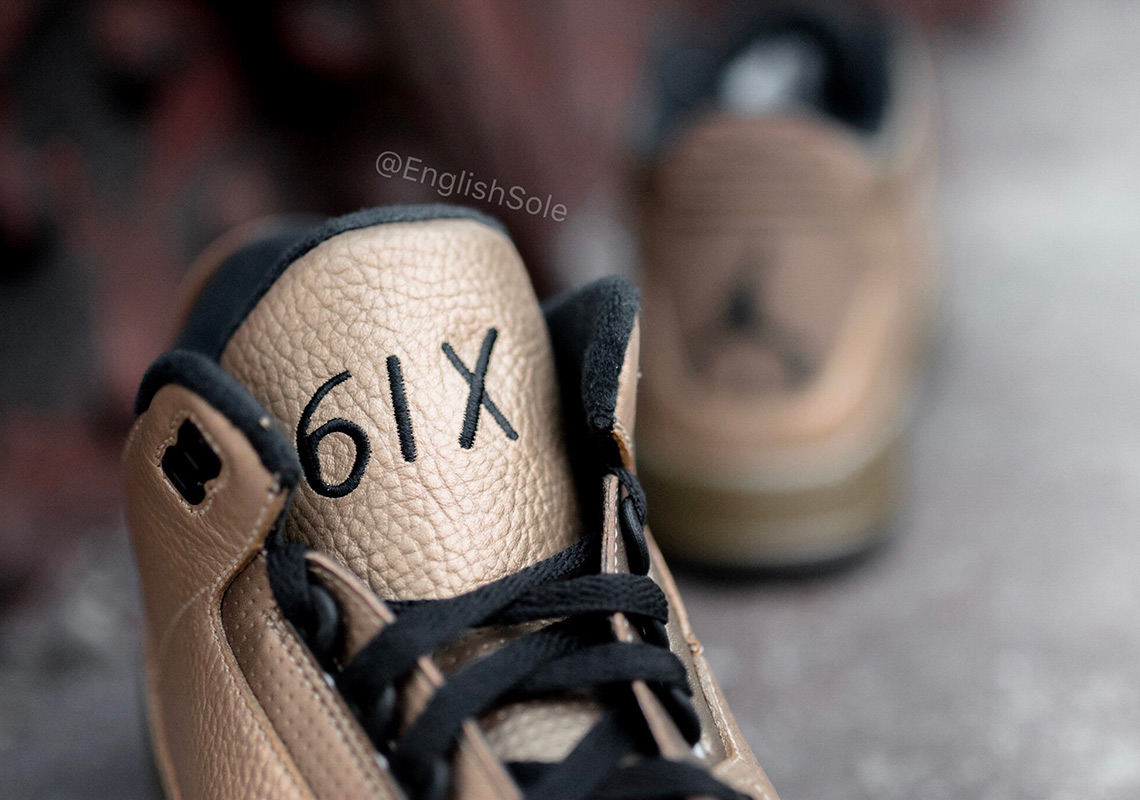