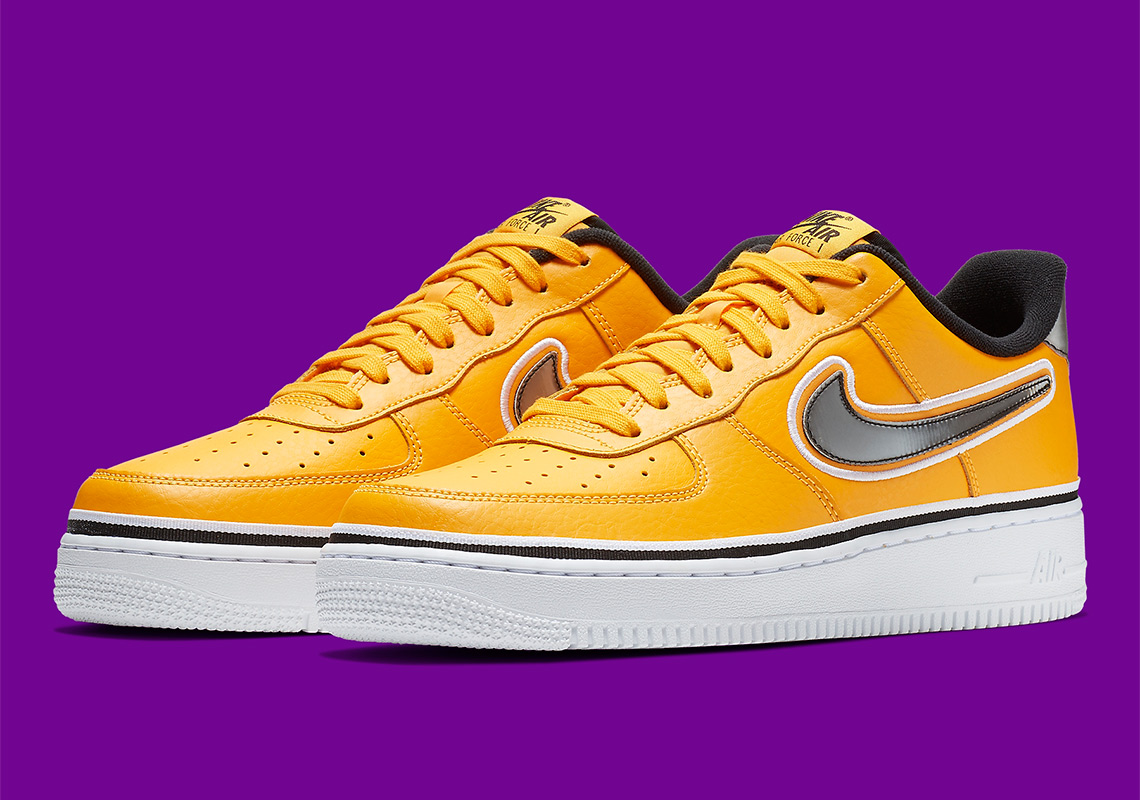 In case you have been living without internet or TV for the past six months, or just have chosen not to pay any attention, LeBron James is a member of the Los Angeles Lakers. Of course, that means that the Lake Show is the most prominent story in the NBA right now both on and off the court, with the King of the league taking his talents to the City of Angels. Combine that with the NBA season being less than a month away and you have the a perfect storm. Throw a Lakers-colored, NBA-branded Air Force 1 Low into the mix and you’ll have a frenzy through the streets outside of the Staples Center on your hands. That is exactly what the Swoosh wants to see, as they are set to release a new colorway of the iconic silhouette similar to the South Beach version we showed you earlier this week. Dressed in a familiar regal combination of gold and black fit for a king, this luxe offering equips premium embroidery and a black and white canvas strip that wraps the entirety of this Forces upper right above its stark white midsole. Beyond that, its hero comes by way of the Association’s signature Jerry West logo emblazoned onto its heel stamp in a shimmering satin-like material. While no official release date has been established just yet, you can expect its arrival on Nike.com to be centered around the start of the 2018-19 NBA season as well as the inclusion of more of the Association’s heralded franchises. 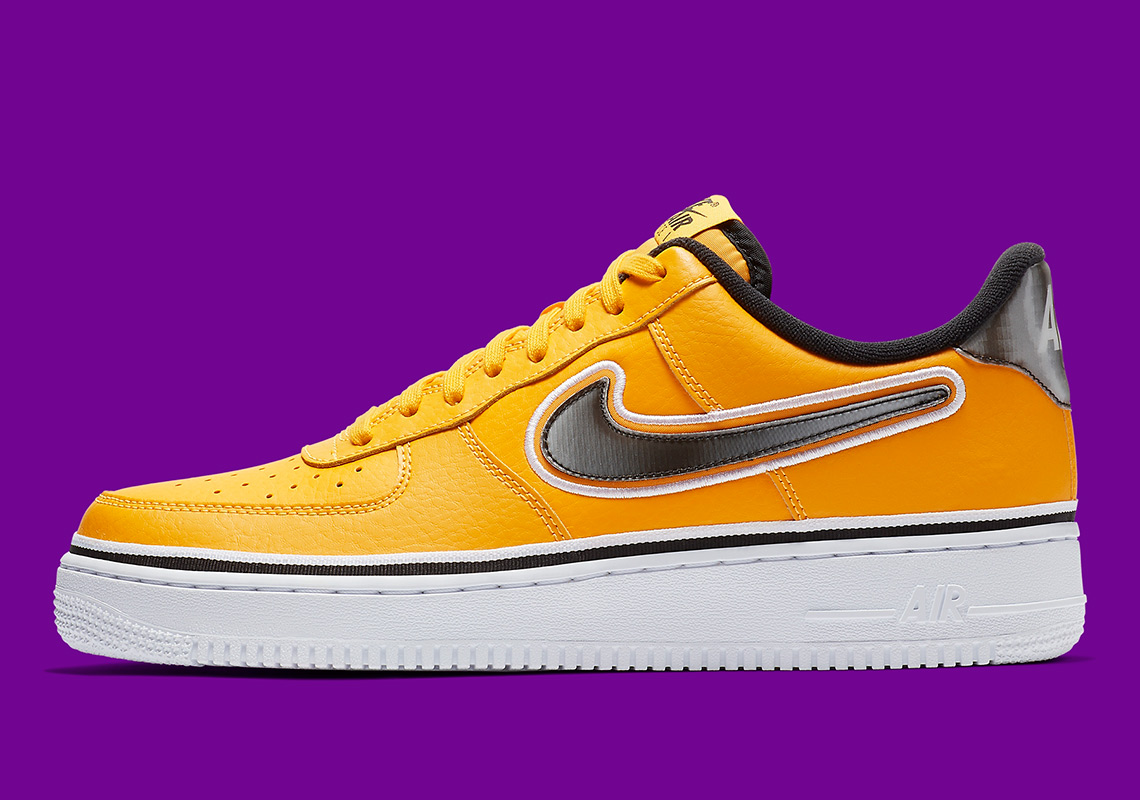 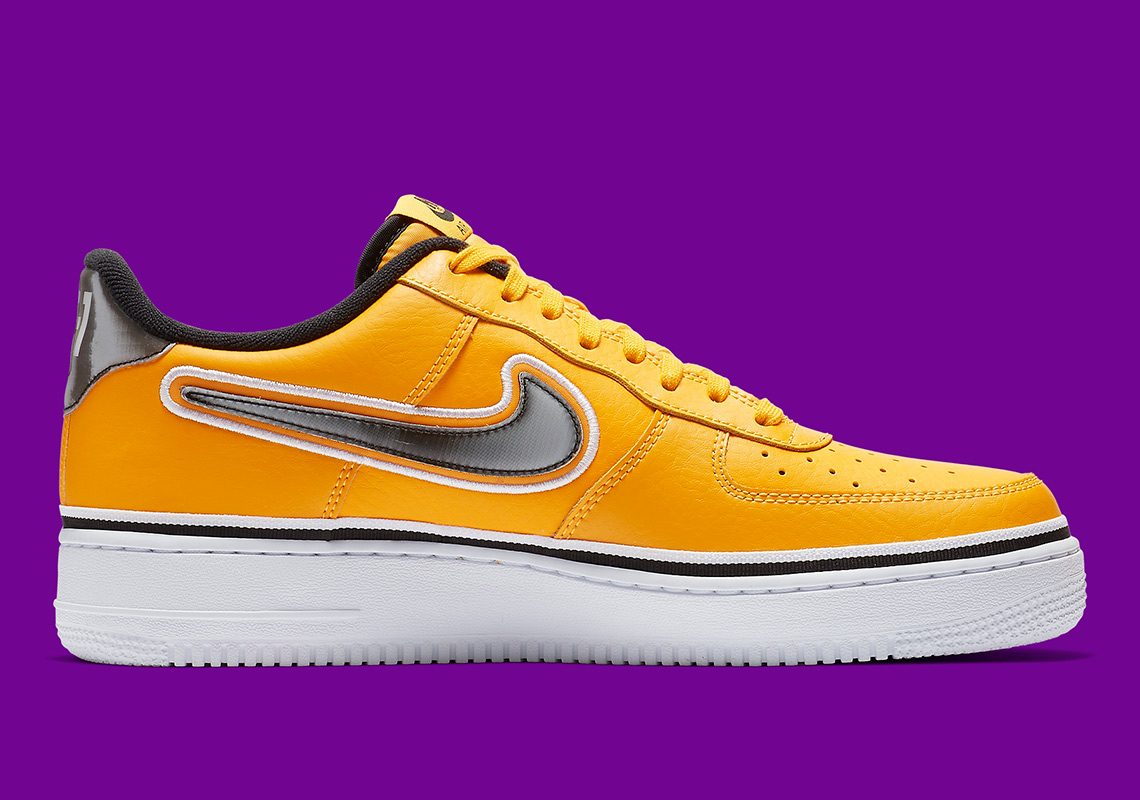 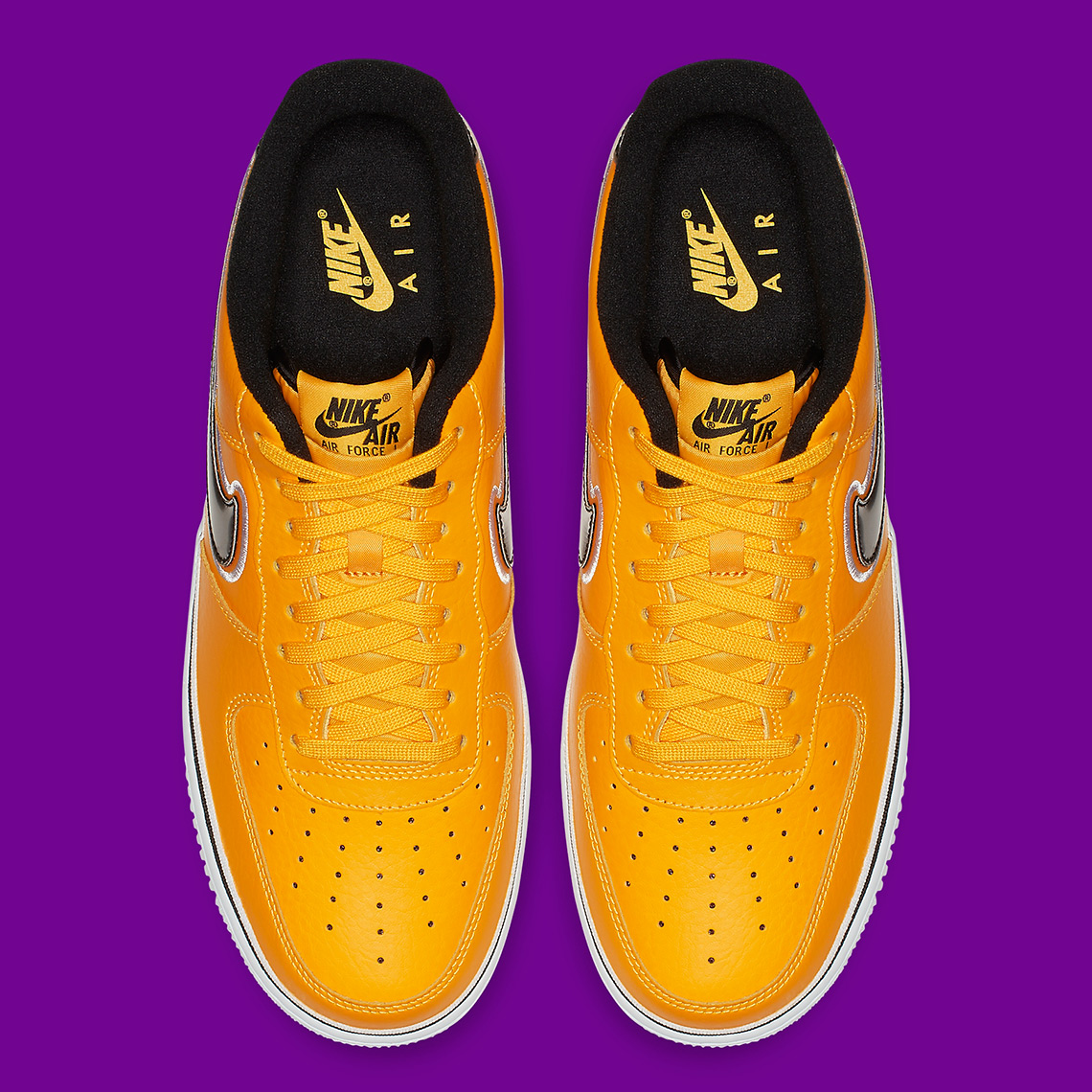 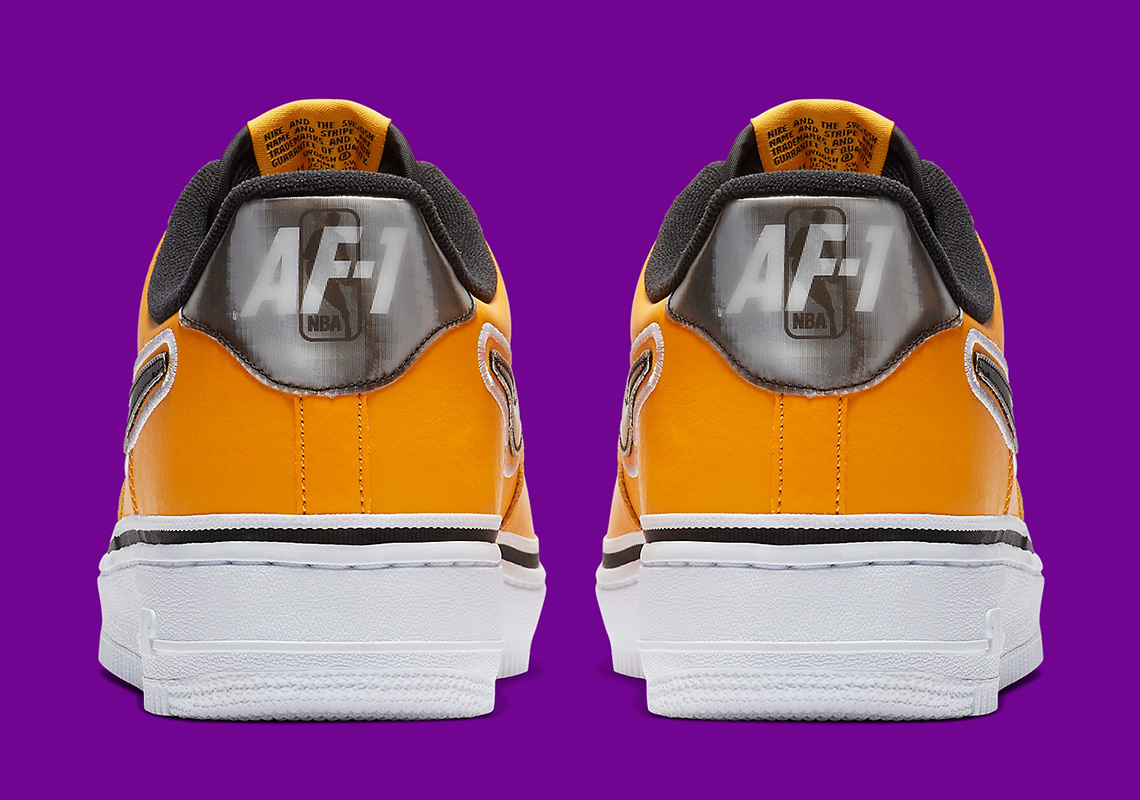 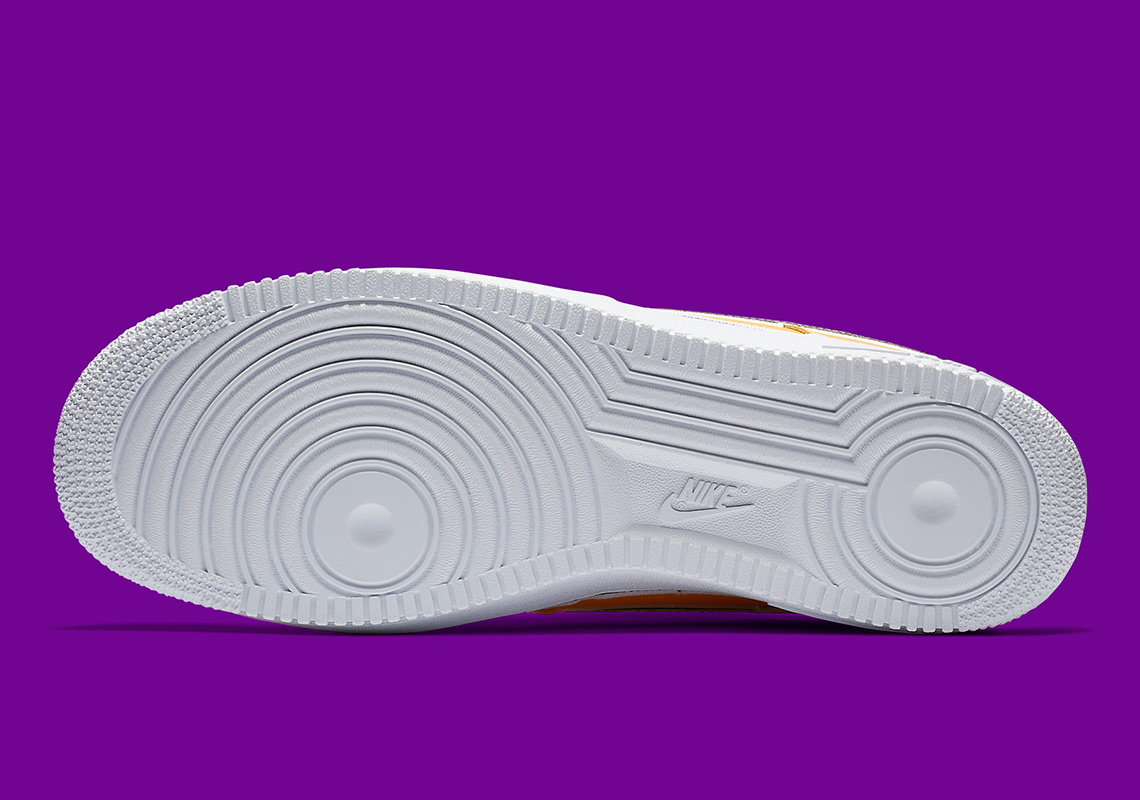