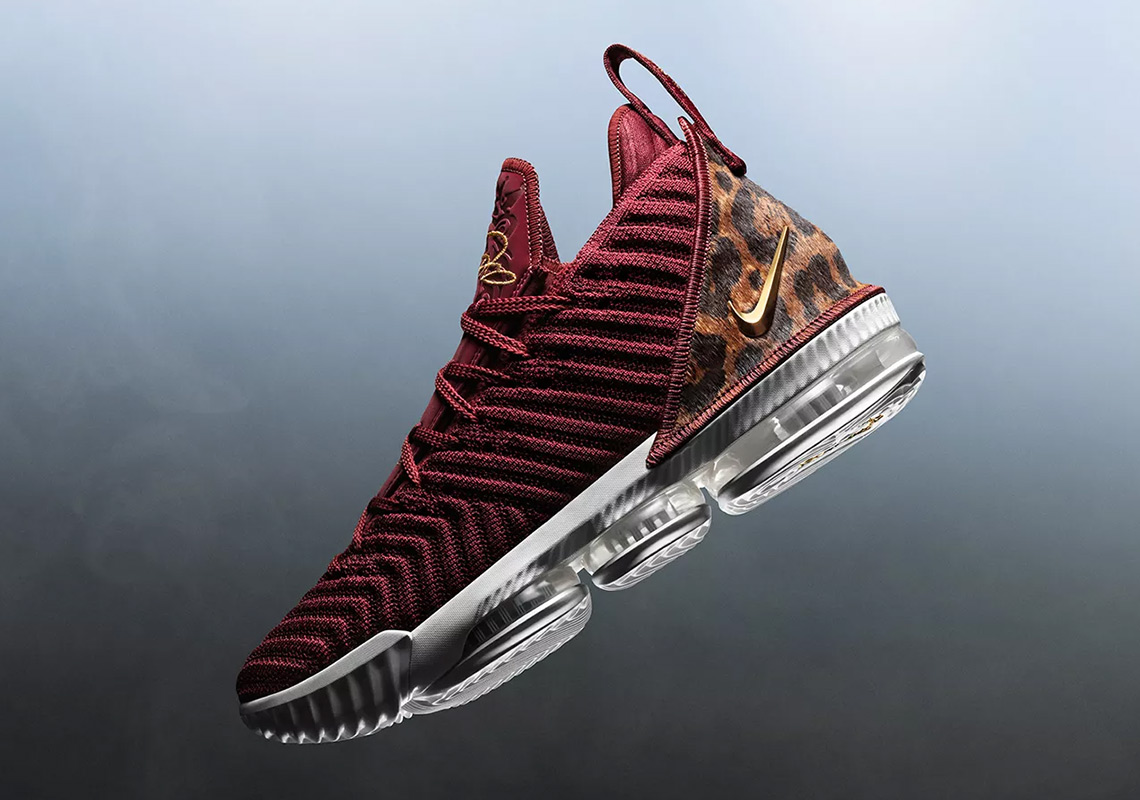 The Nike LeBron 16 “King” Will Release At Tip-Off

In an effort to save the best – or at least the most compelling – for last, the new look, LeBron-led Los Angeles Lakers will be one of the last two teams to tip-off the 2018-19 NBA season tonight in Portland against the Trail Blazers. All eyes will inevitably be on the King, watching how he fits into one of the most historic organizations in all of sports and if he can truly bring glory back to the iconic franchise. While most of the world will be honing in on their TV sets at 10:30pm ET for the tip, sneakerheads will be giving all their attention to their phones, as the Nike LeBron 16 “King” – LBJ’s opening night footwear – is set to release via the Nike SNKRS app just as the game begins. While not affiliated with last season’s #LeBronWatch campaign, this release is set to go down in a very similar manner to the LeBron 15s modeled after iconic Swoosh Brand staples. Done up in a regal combination of red with cheetah print on its heel, the color scheme pays homage to James’ first ever Nike commercial as well as the African meaning of his name, which translates to King. Be sure to have your phone ready tonight if you want access to this hotly-anticipated LeBron 16 drop and check out our Sneaker Release Dates page for info on other Nike shoes in the meantime. 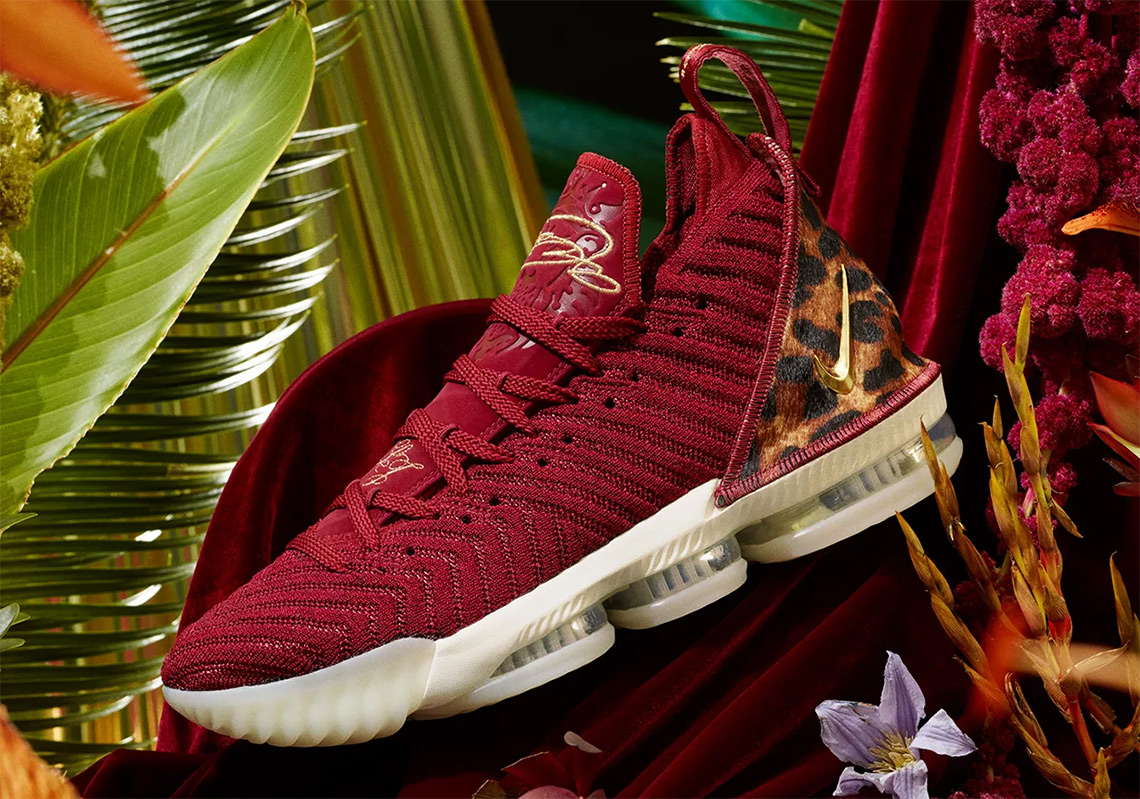 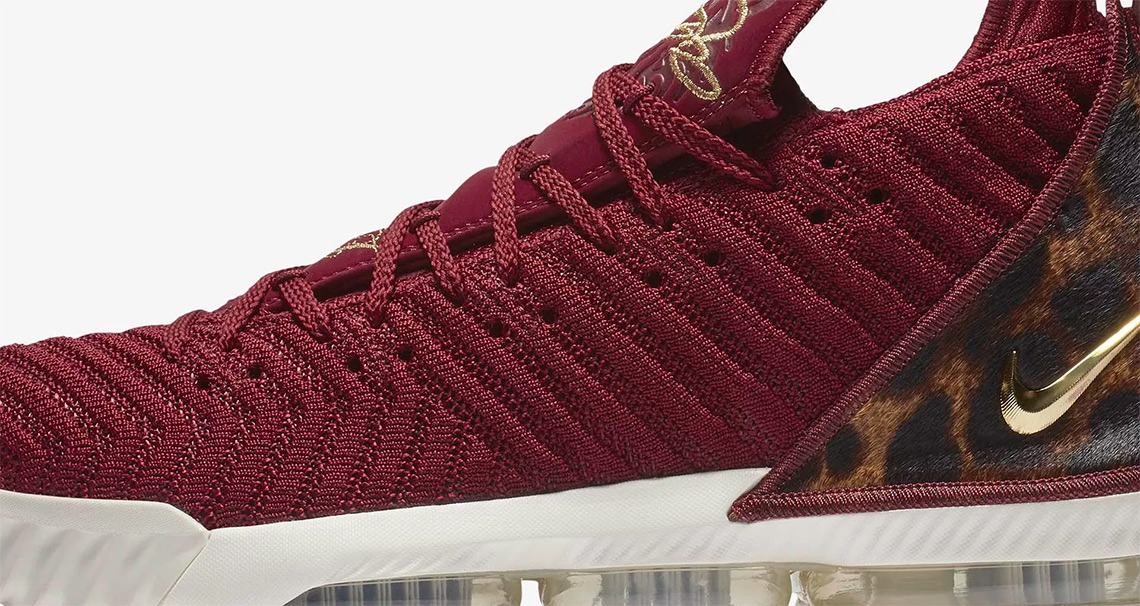 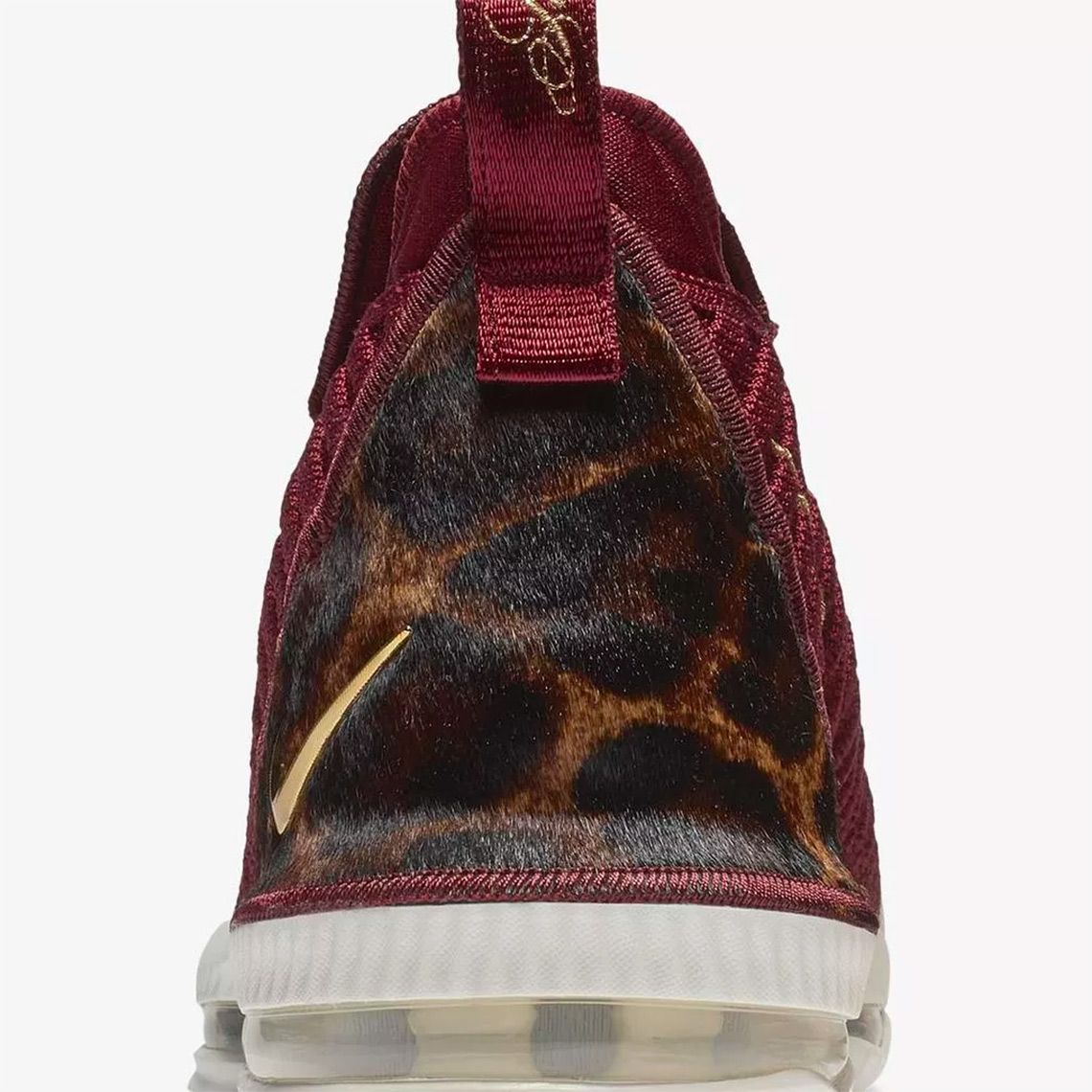 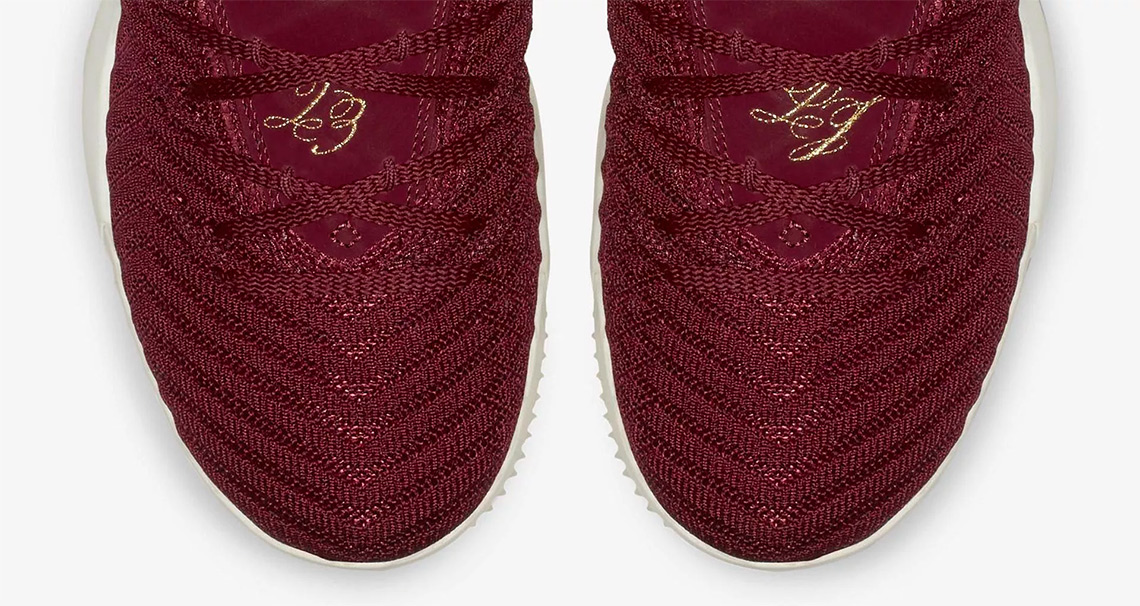