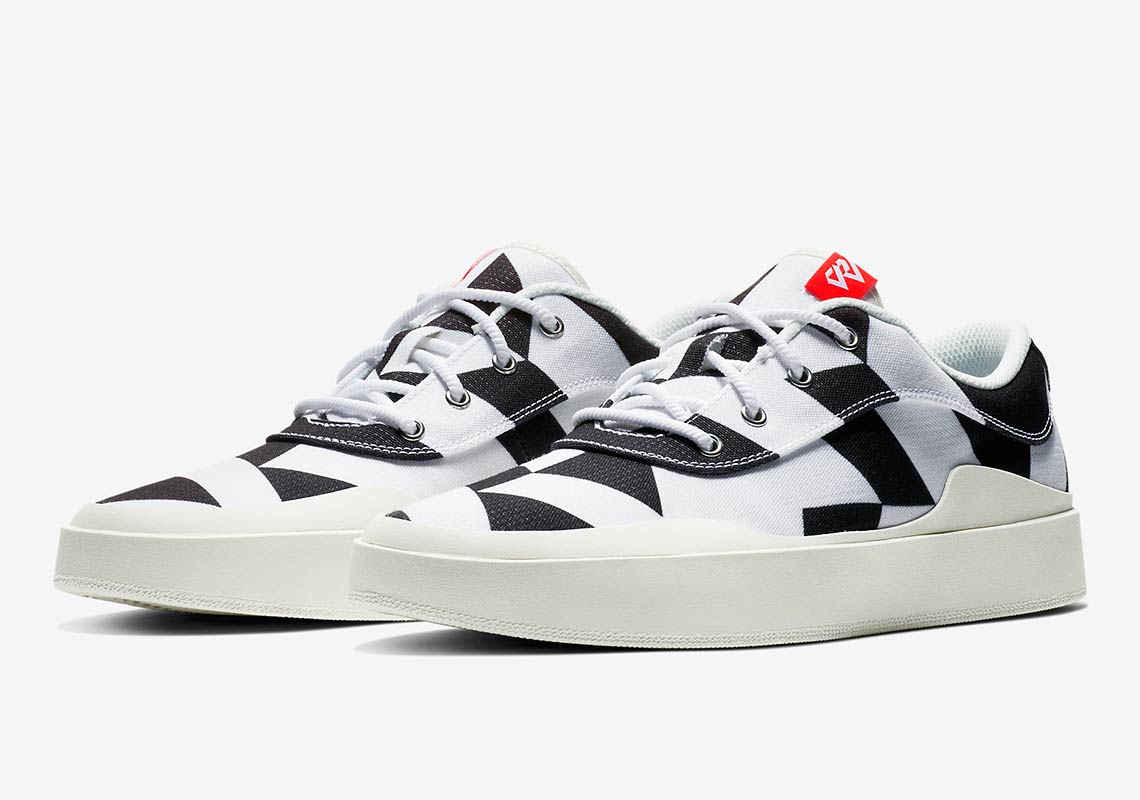 Before becoming one of the NBA’s best players, known for his dashing drives and acrobatic aerial maneuvers on the court plus his wild, whimsical outfits off of them, Russell Westbrook was simply a kid from Southern California. Although Brodie himself was never a skateboarder, both Cali and Jordan Brand have a long history with skateboarding, as skaters in the ’80s made the Air Jordan 1 their shoe of choice, so Jordan is nodding to both with their new Westbrook 0.3. Westbrook is no stranger to casual footwear, as he’s teamed with Jordan for two off-court silhouettes before — but the 0.3 is a step in a bold new direction, swapping out the high fashion look from the first duo of releases for a more street-ready style. The low-cut upper is constructed of a durable canvas that uses an abstracted black/white RW logo to mimic a dazzle camouflage design, while an off-center red badge on the tongue adds a pop of color. The shoe is then completed with a simple white midsole/outsole. For a final touch of detail, “KB3” — a nod to Russell’s childhood friend and teammate Khelcey Barrs who passed away from an enlarged heart at age 16 — appears embroidered on the inner tongue. Check out Russ’s new casual kicks below, and expect them to drop on Nike SNKRS November 21st for an even $100 USD. 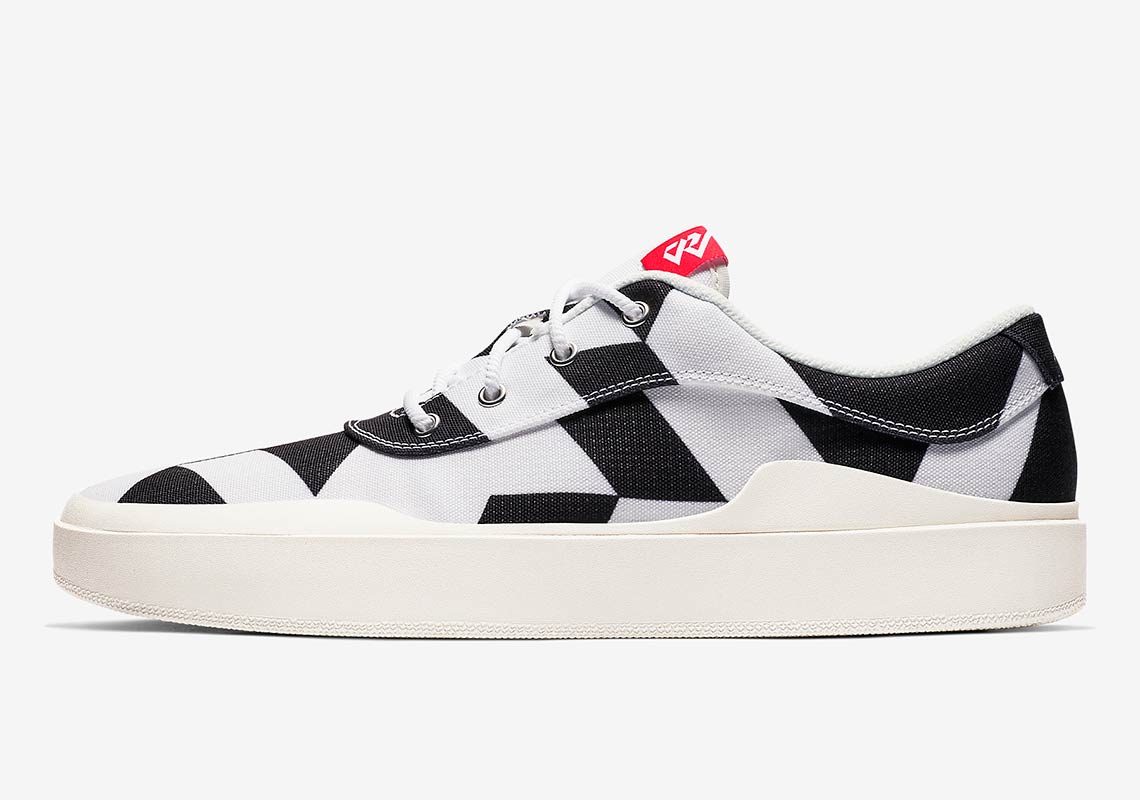 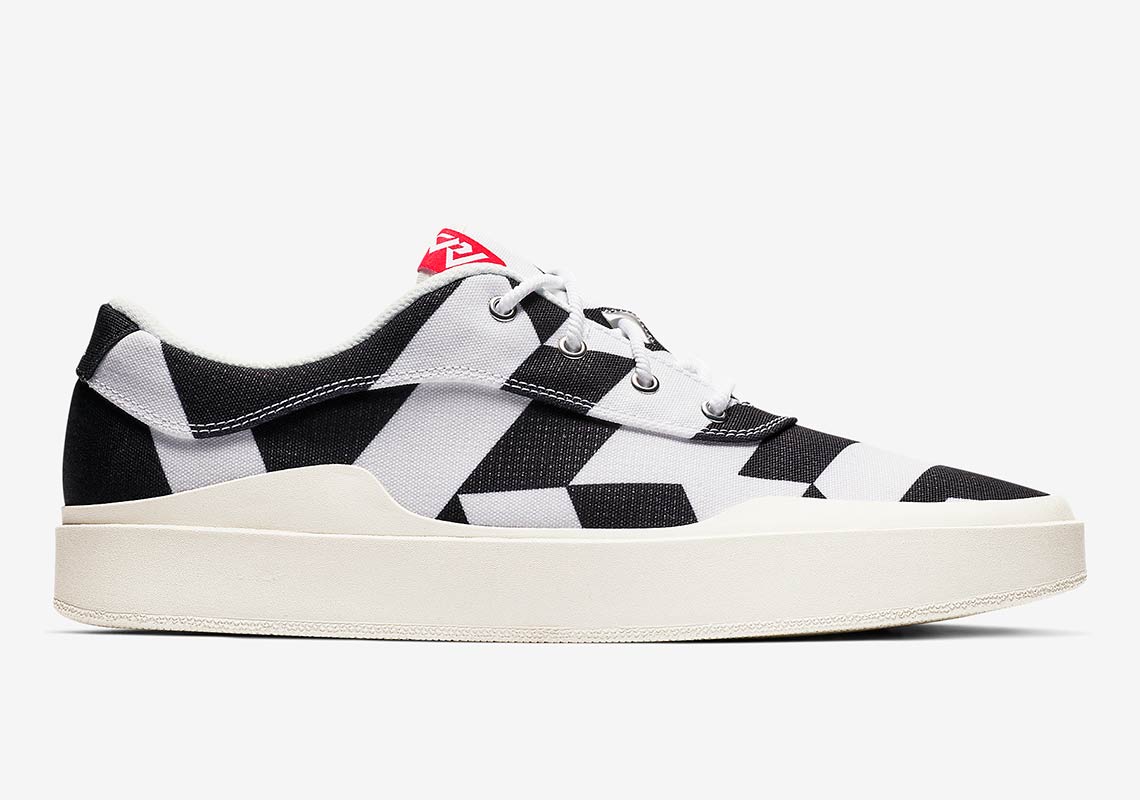 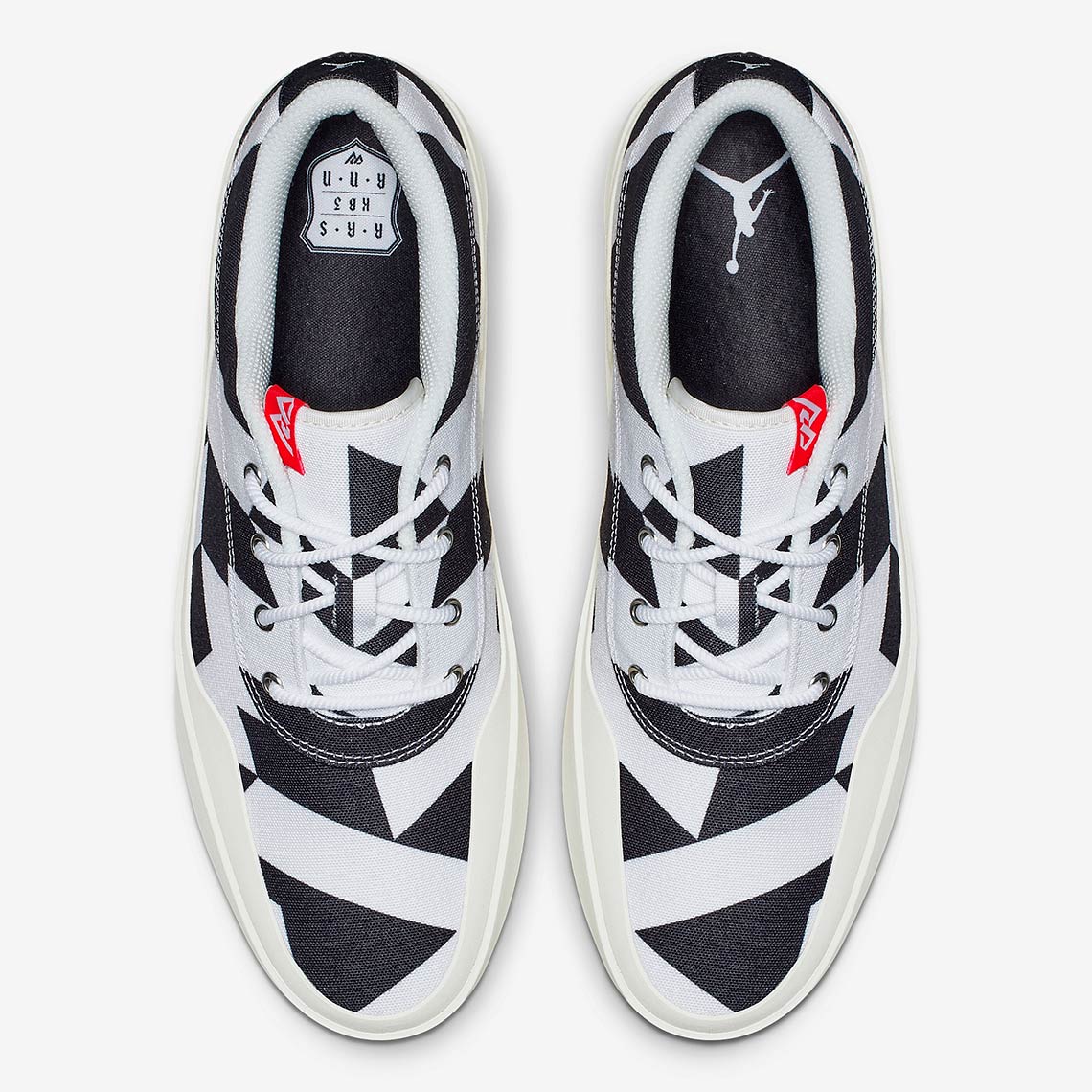 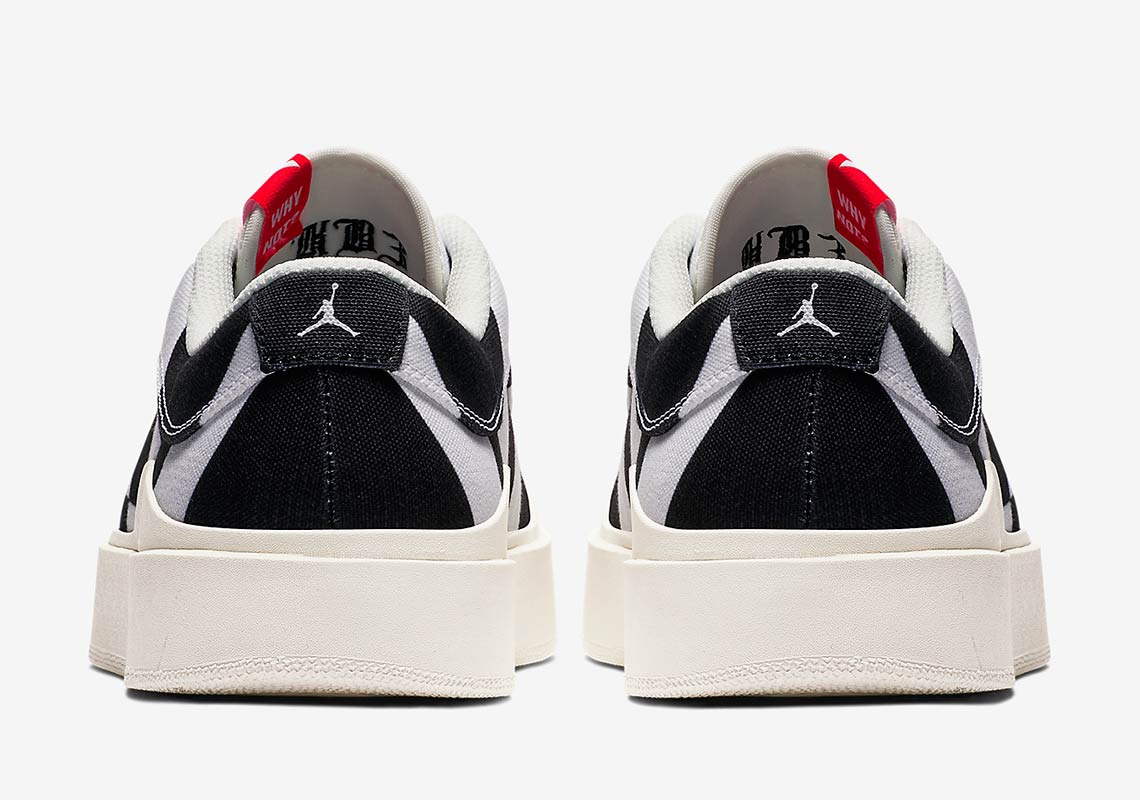 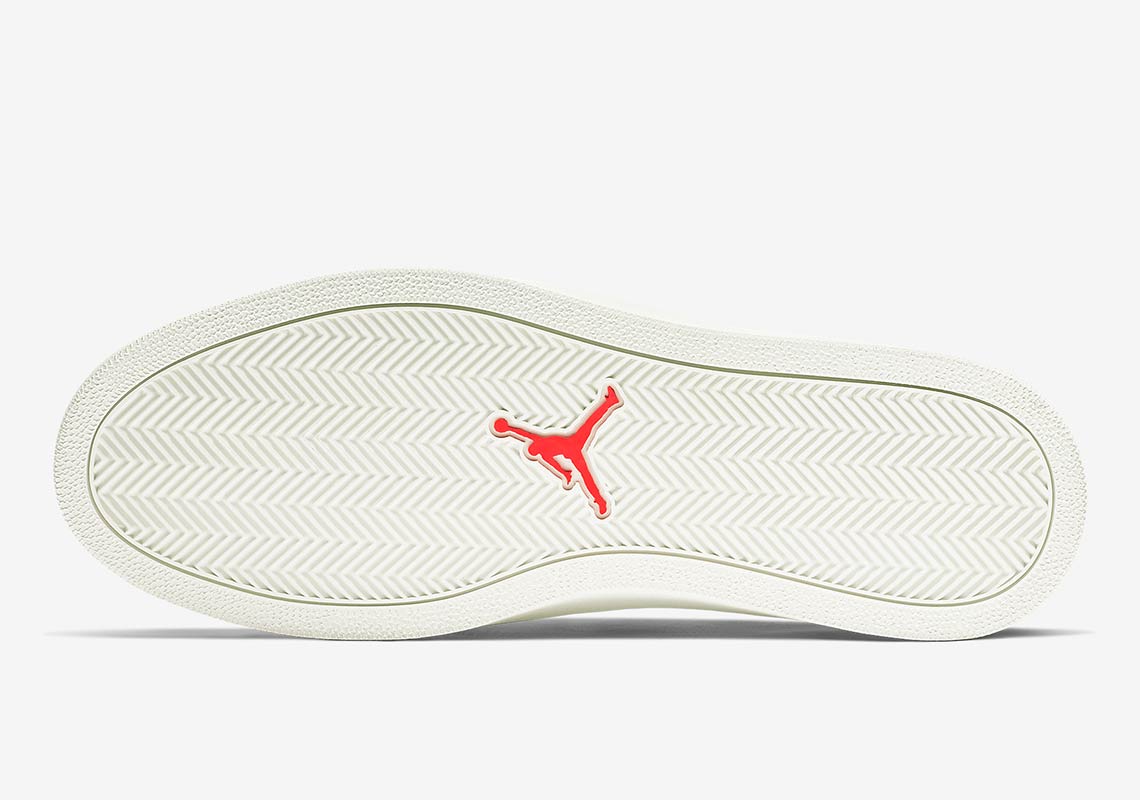