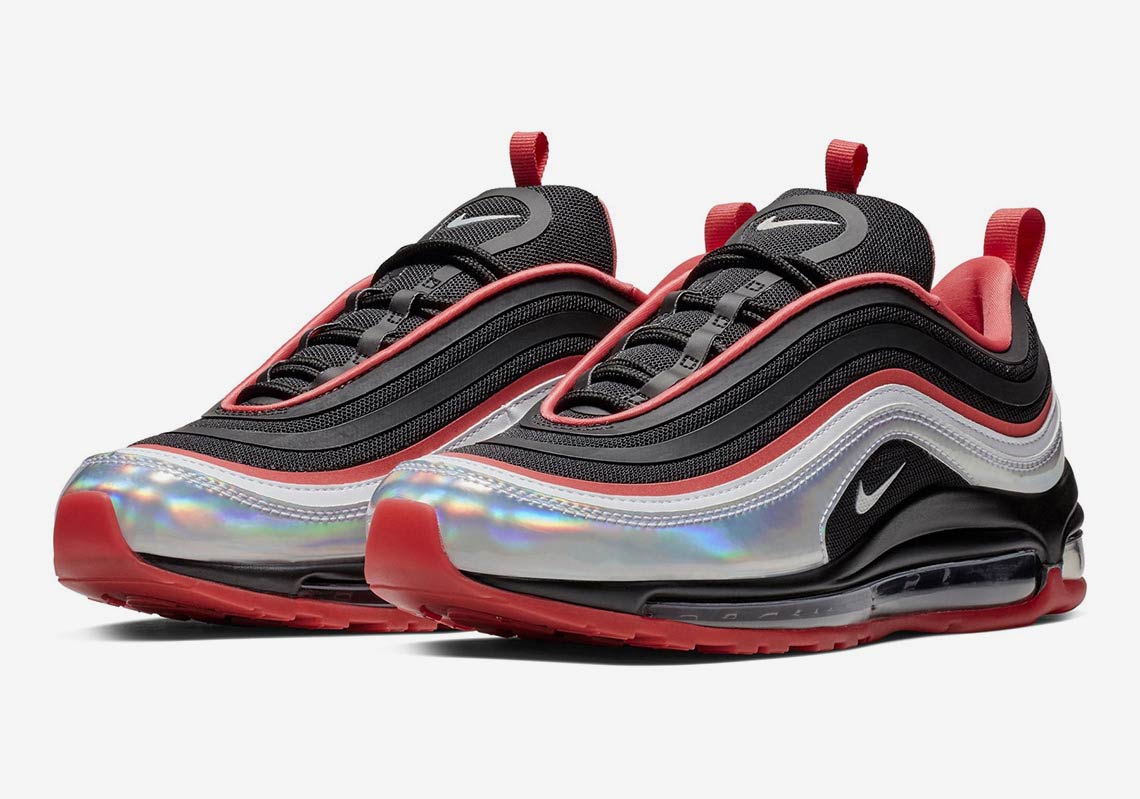 The Nike Air Max 97 Ultra takes an already-sleek silhouette and streamlines its shape even further, flattening out the upper’s swooping lines and calling upon new taped-style detailing. It’s an interesting new-age take on one of the most compelling Air Max ever, and now it’s appeared again boasting a brand-new detail: iridescent mudugards. While the majority of the upper is composed of a relatively simple mix of sporty red and dark black, the mudguard itself is anything but simple, sporting an arresting iridescent silver that reflects different rainbow-spectrum colors depending on how you view it. The shoe’s bottom half then calls upon the same straightforward combo of red and black for the midsole, Air Max unit, and outsole to complete the look and ensure that all attention is drawn to the mudguard. Enjoy a first look at these interesting Maxes below, and look for an official drop in the coming months as well. 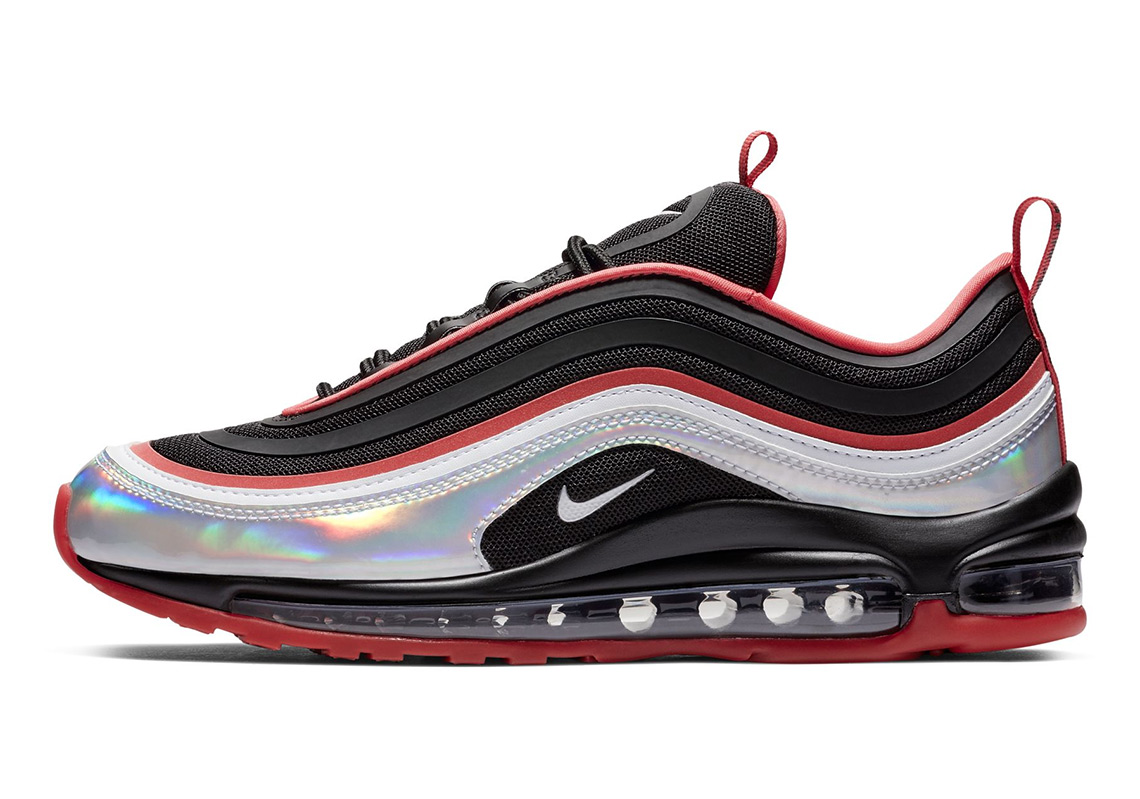 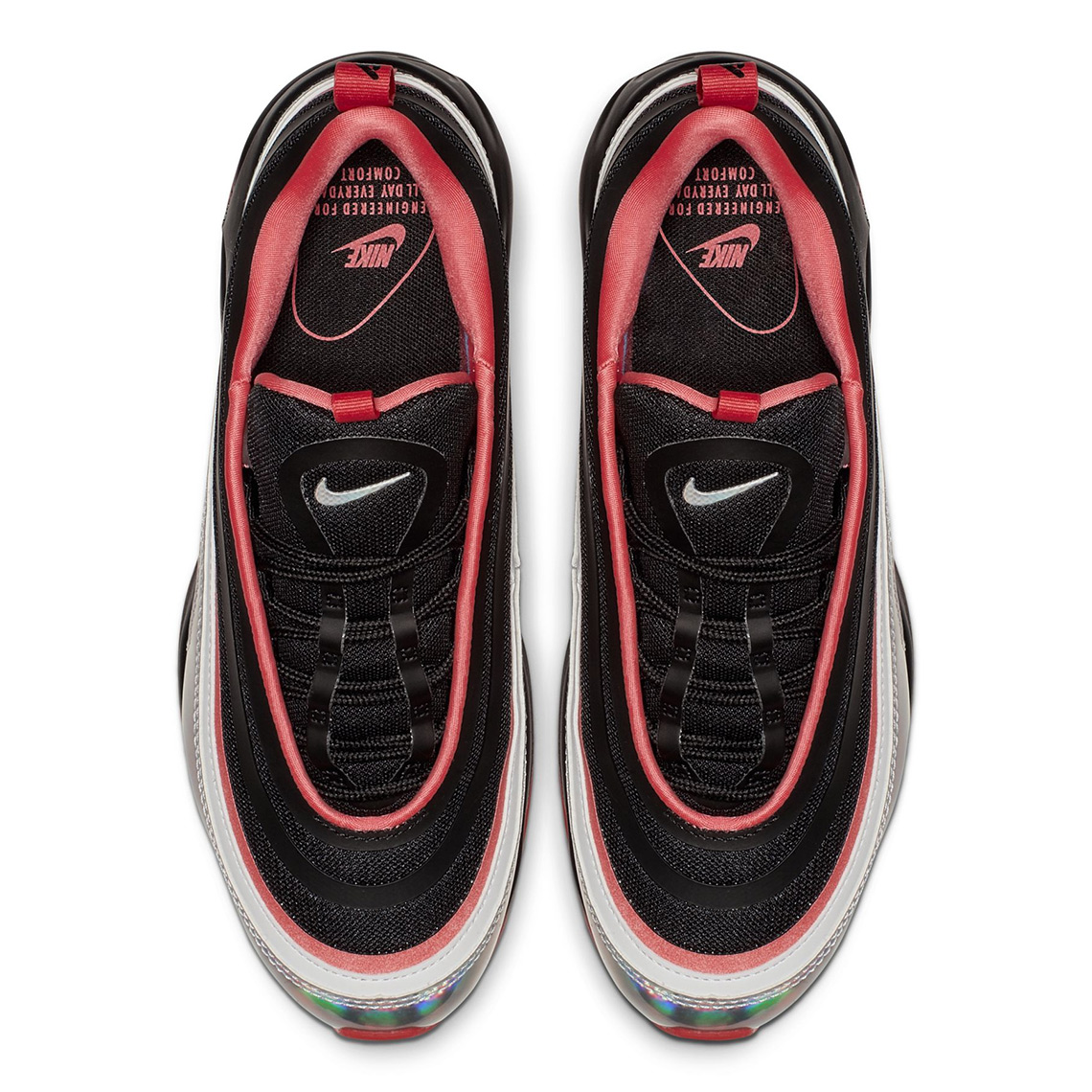 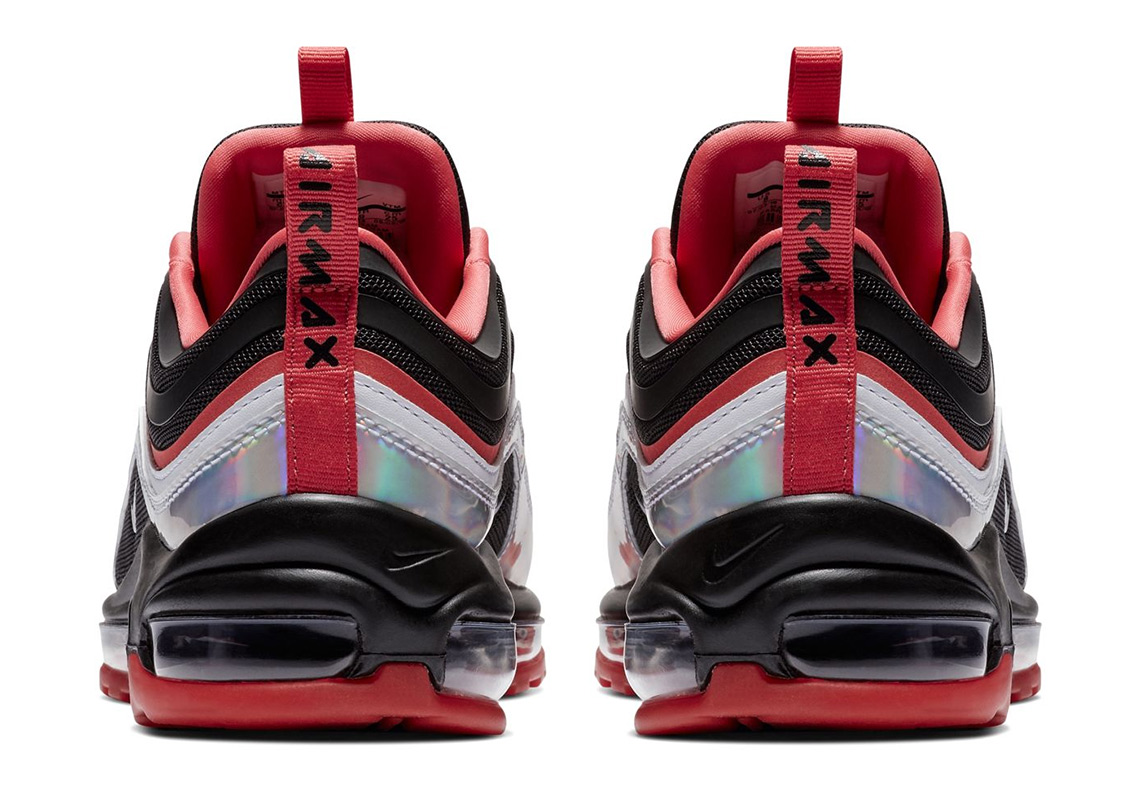 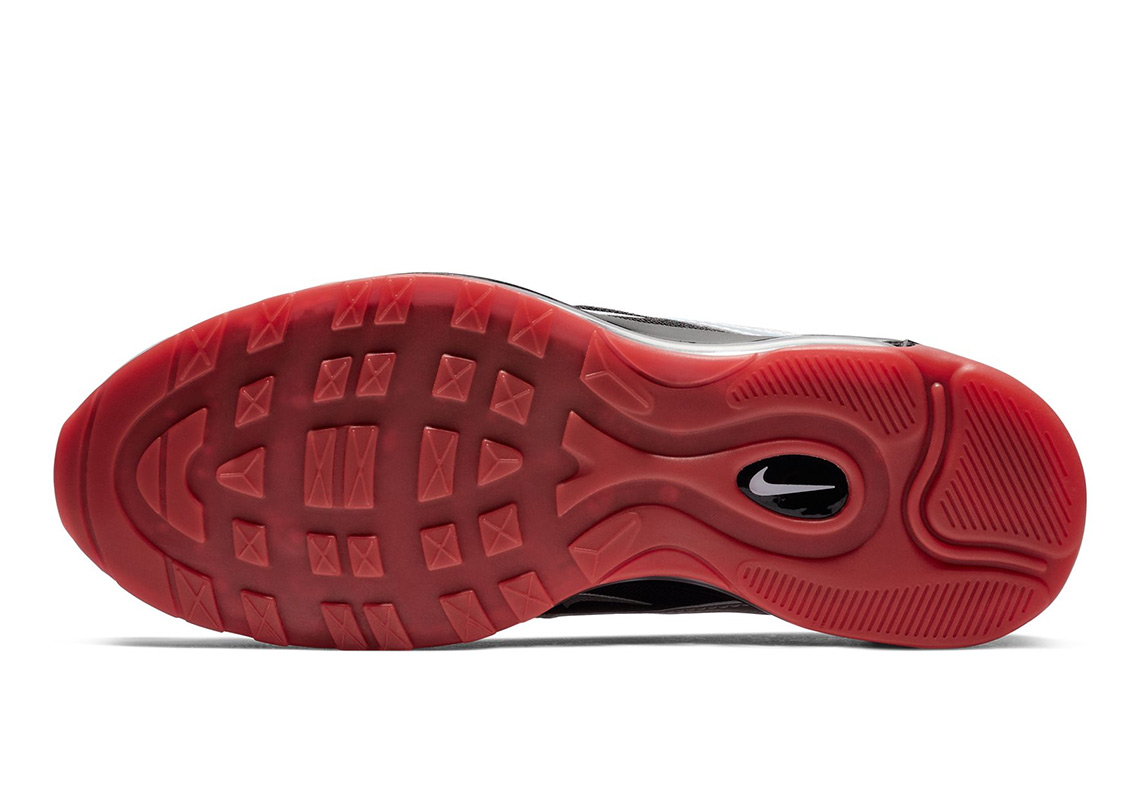