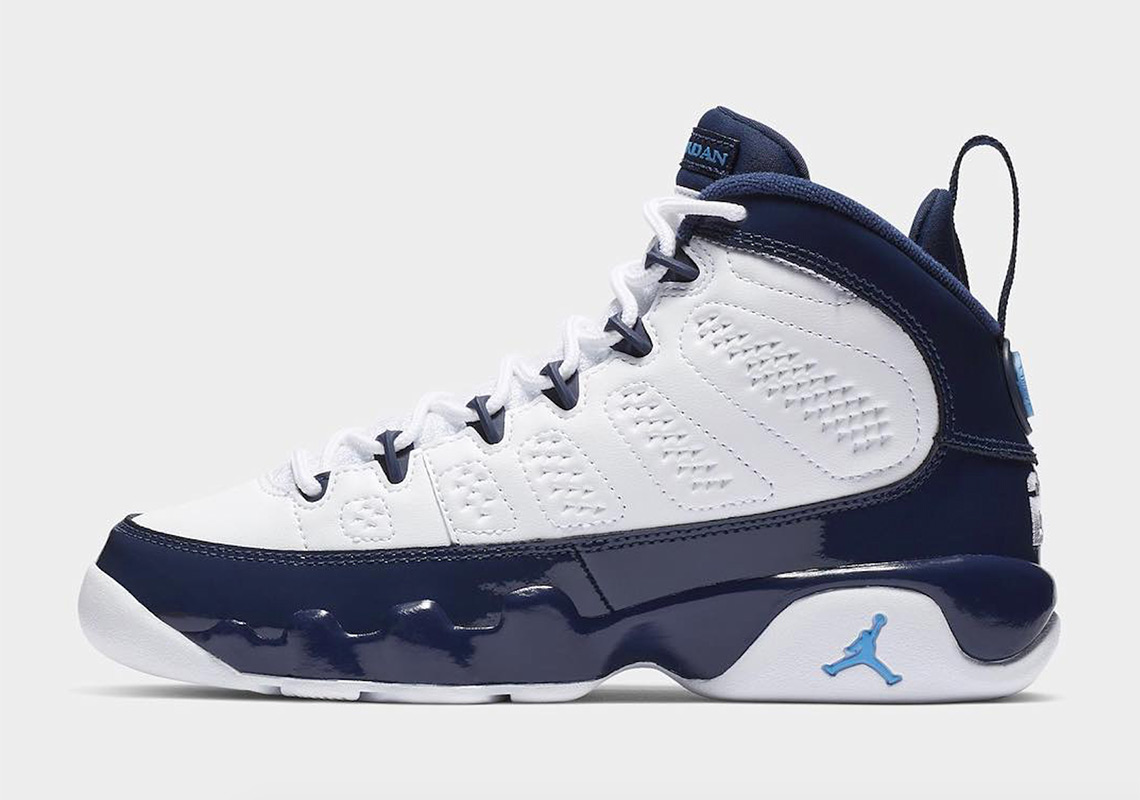 With the NBA All-Star Game zeroed in on the city of Charlotte this upcoming February, Jordan Brand has a slew of UNC-themed footwear ready for the picking. Coming this February 9th, 2019 is an Air Jordan 9 Retro in a colorway that mixes a Tar Heel friendly palette of white, university blue, and midnight navy with patent leather accents that remind us of 2002’s release of the Air Jordan 9 Low “Pearl Blue”. That memorable low-top release is fondly remembered as one of the best creations ever to have come out from the non-OG department, so there’s no question that this mid-top version will get plenty of attention. Expect an official release on the second weekend of February, at retailers worldwide.