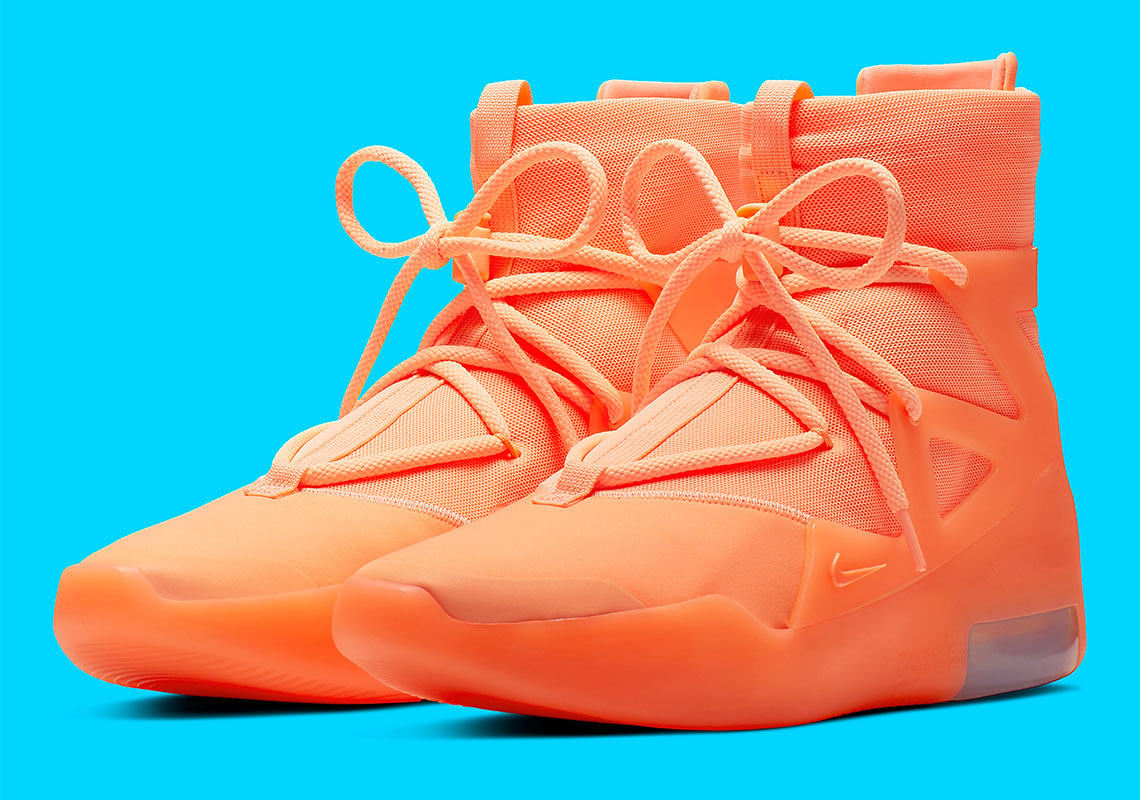 The Nike Air Fear Of God 1 Is Releasing In Orange

Fear Of God set the world of sneakers on fire with their Air Fear Of God 1 when it first released at the tail end of 2018, and now the co-created high-top designed by FOG founder Jerry Lorenzo and Nike Basketball’s Leo Chang is set to hit the market in a new blaze orange makeup. Although Fear Of God’s Nike shoes have featured black, white, and tan palettes thus far, this contemporary colorway deviates entirely from the extensive partnership’s past stylings, instead opting for head-turning shades of orange across the entire upper, lacing system, and midsole. The only part of the shoe that splits off from the high-vis look is the opaque double-stacked heel Zoom Air unit, which utilizes icy blue tones for a small-but-chilly contrast. A release date has not yet been announced, but grab a first look at the new kicks below, and expect a drop later this year with a retail price of $350 USD — potentially alongside the “Amarillo” pair, which was recently confirmed for a summertime release. 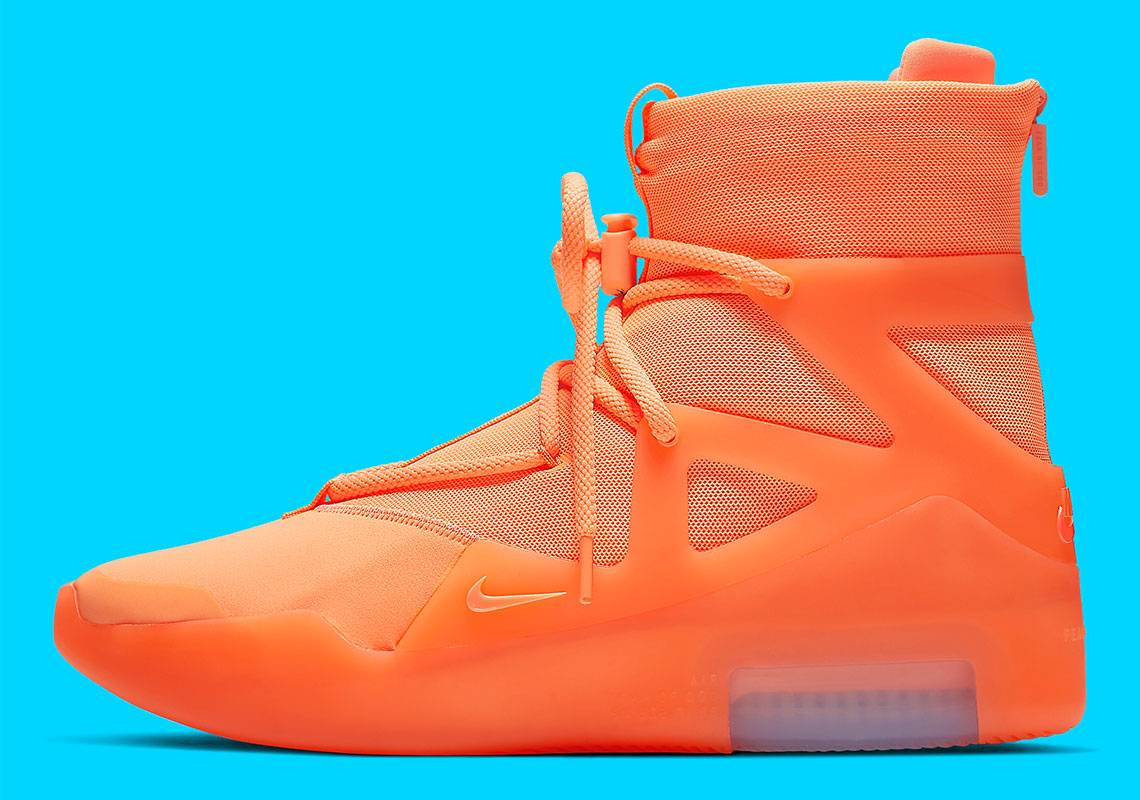 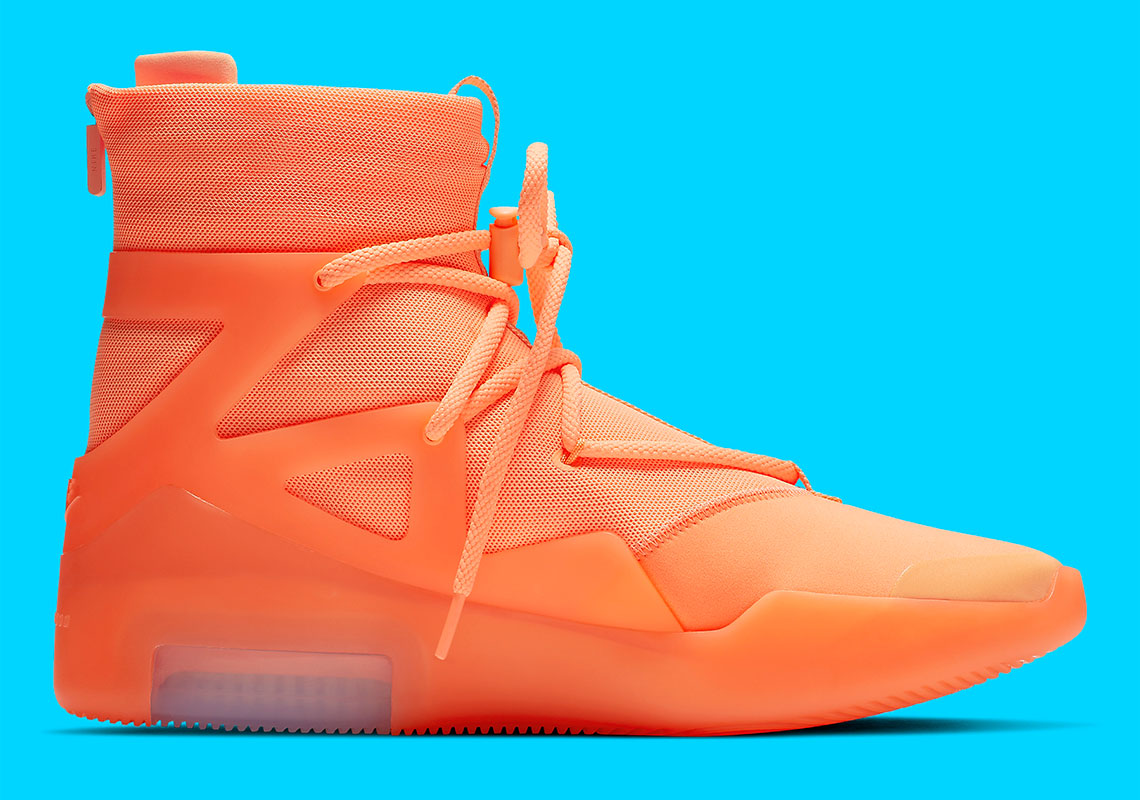 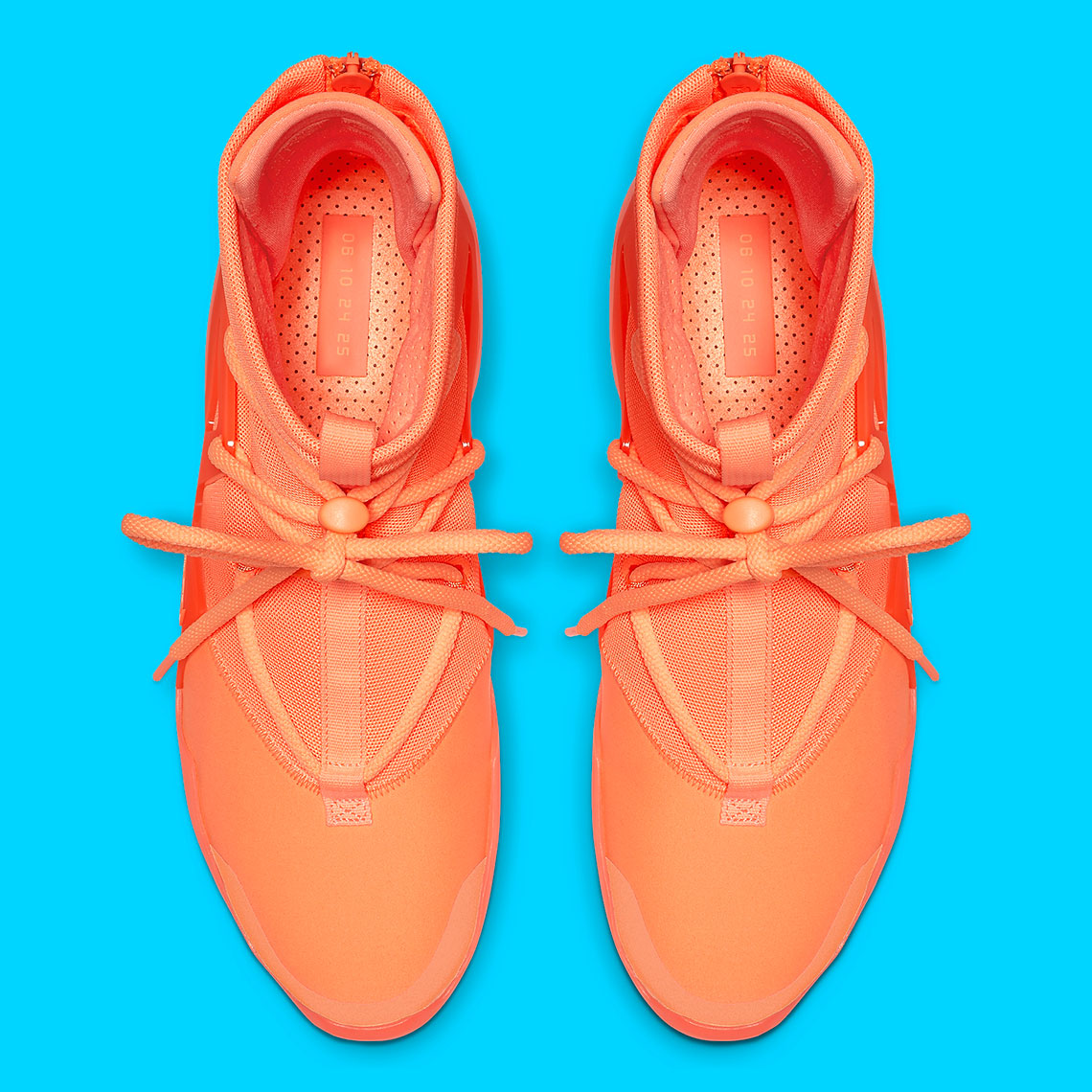 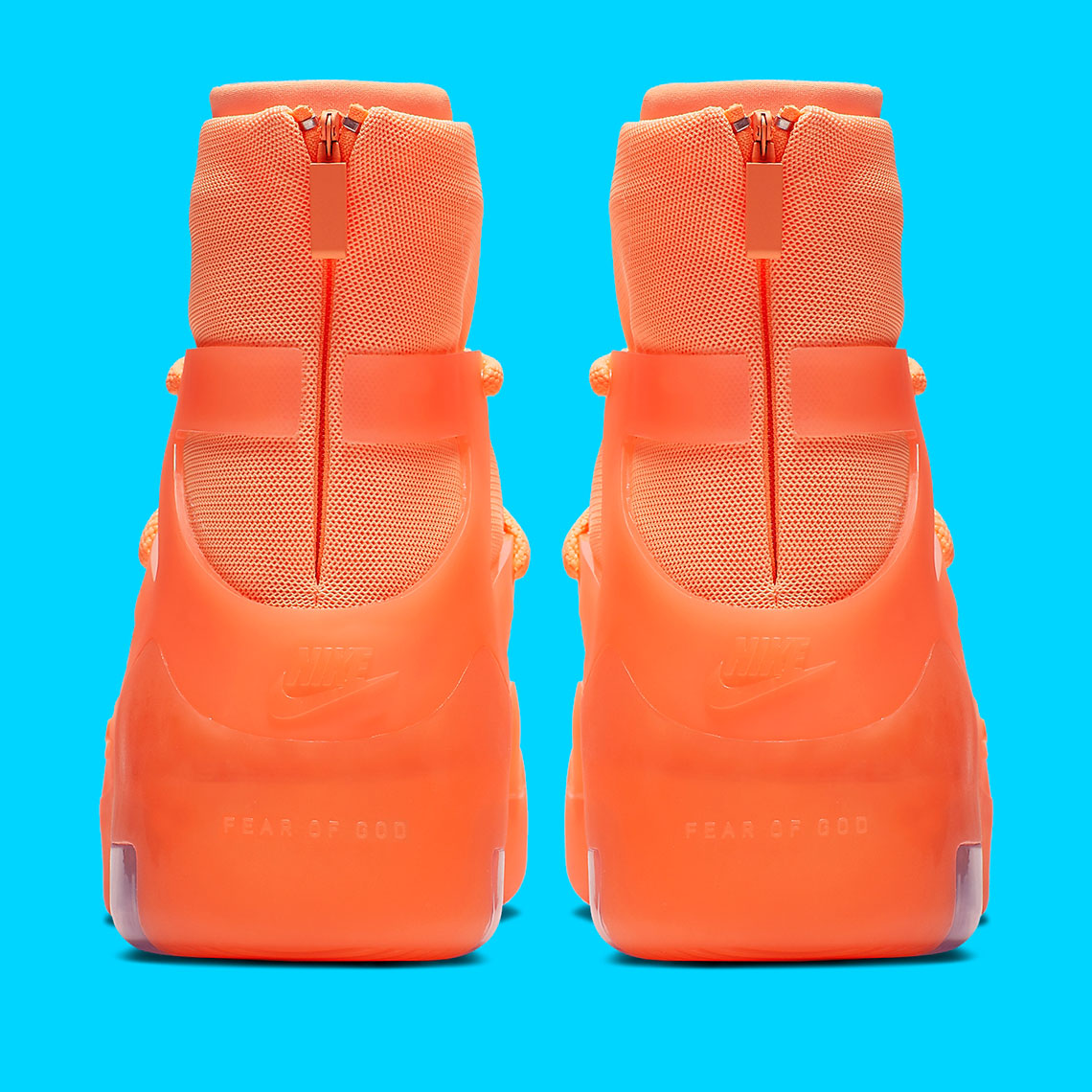 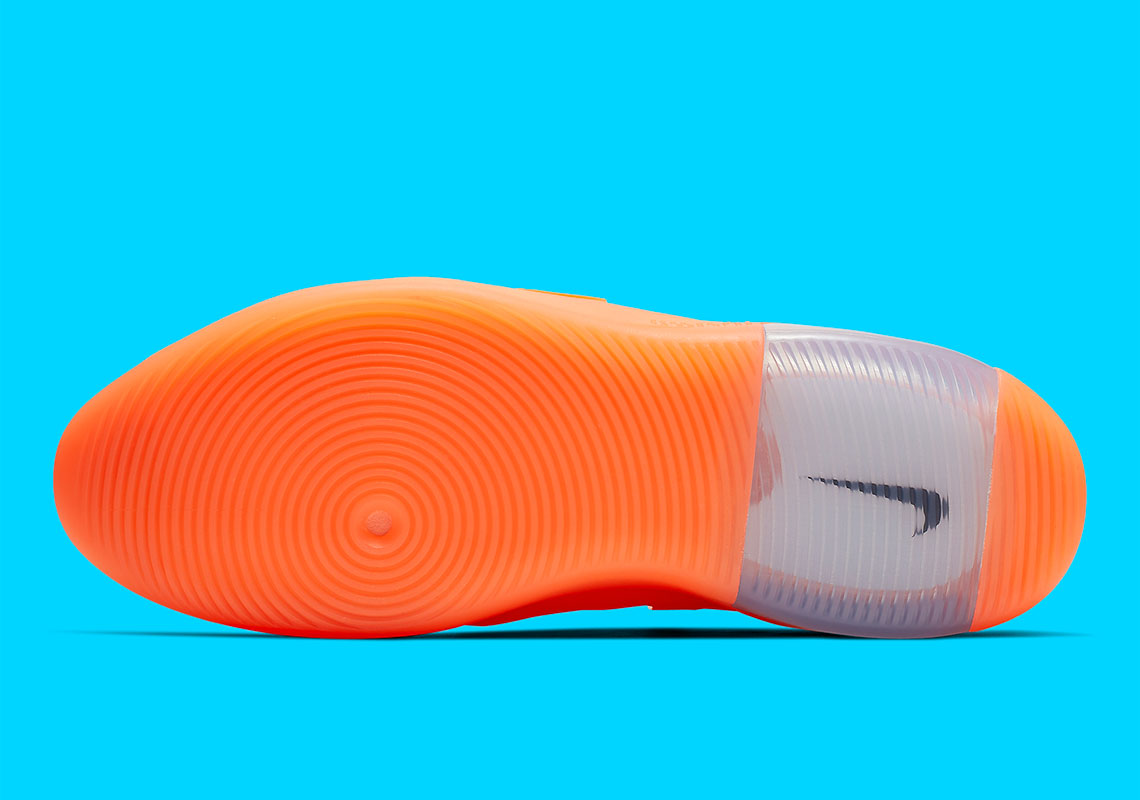