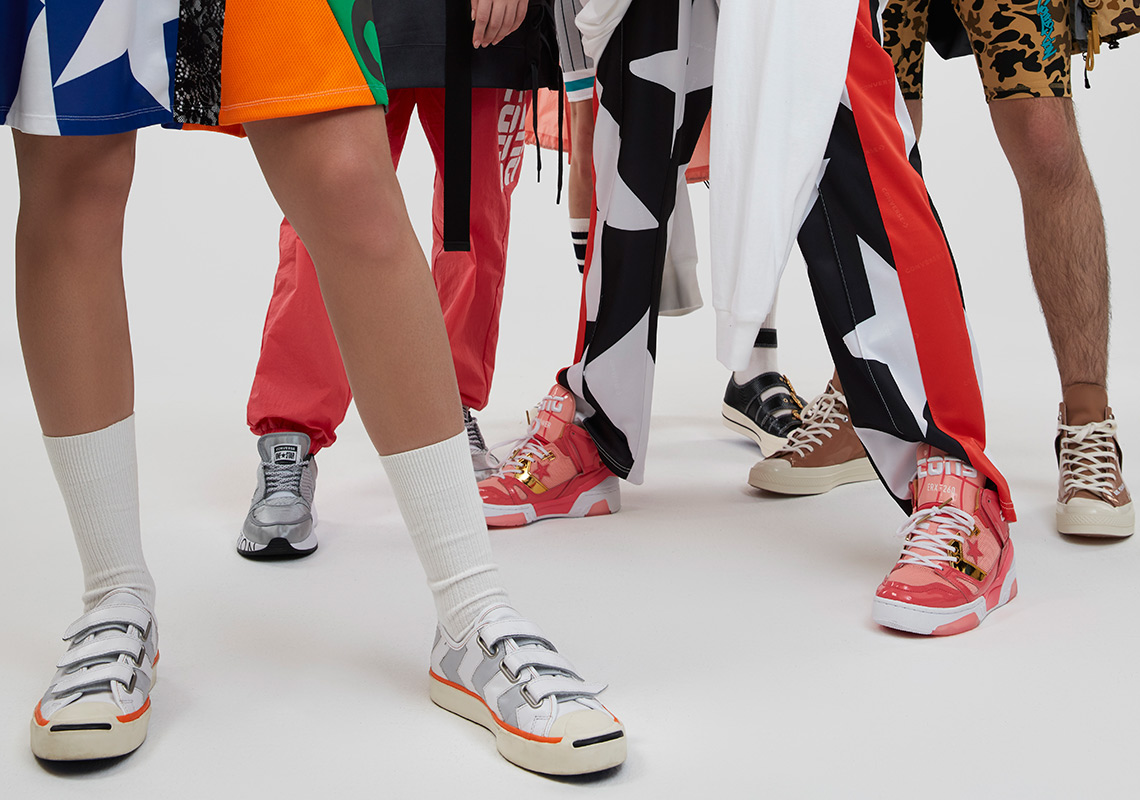 Well into SS19, Converse is continuing to elaborate on its many innovative partnerships with a first ever collection of collaborations, which taps the diverse design languages of burgeoning labels Koché, Faith Connexion, and Feng Chen Wang.

The latter of three, whose reconstructed pairs walked the runway just last season, is offering up something of more contemporary methodology with two sets of glossy Chuck 70s in either deep clay or metallic silver; alongside their additional overlaid panels are small “GIRL POWER” typography hits along the front face and outsole. The Chinese-born, London-based designer also includes her own take on the ERX 260, giving its overly aggressive appearance a feminine pink transformation. Faith Connexion, in their typical distressed aesthetics, puts the One Star Low and Mid through the wringer while the accompanying Run Star arrives in almost robotic likeness while logos sit comfortably across the entire circumference of the midsole. Possibly more transformative than her compatriots, Christelle Kocher swaps out laces for straps atop the chevron patterns of her Jack Purcell with a Chuck Taylor Low doing the same though in black with gold-accented hardware. A shimmering crocodile leather Rina also joins the Parisian’s set for a much smarter diversion from the street make-ups.

Grab a detailed look at each of the three components of this expansive capsule below and expect the various sets of apparel to join in on their April 26th release, which will find their way exclusively to Totokaelo in the US and Browns in London. A wider releases will also be hitting online at Converse.com. 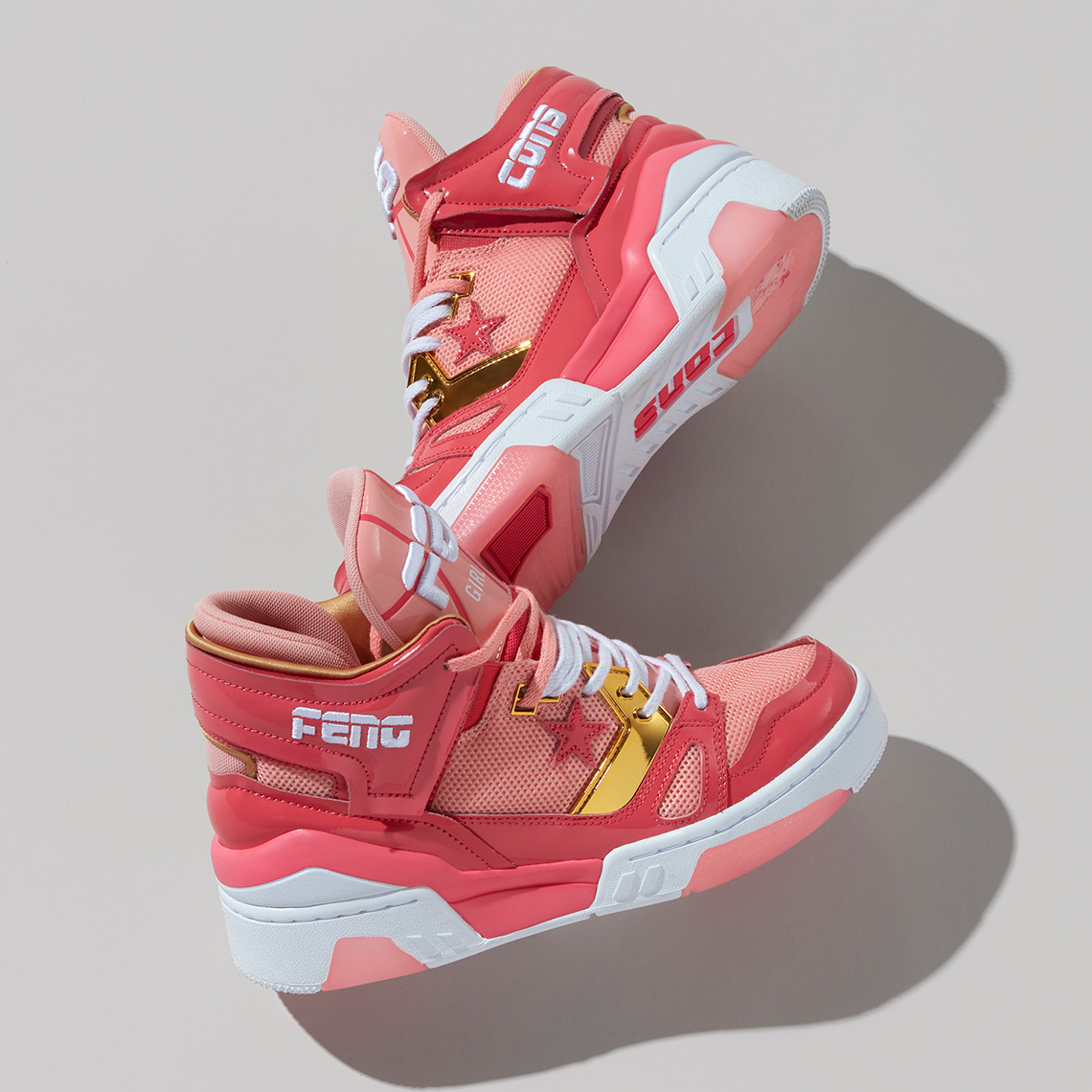 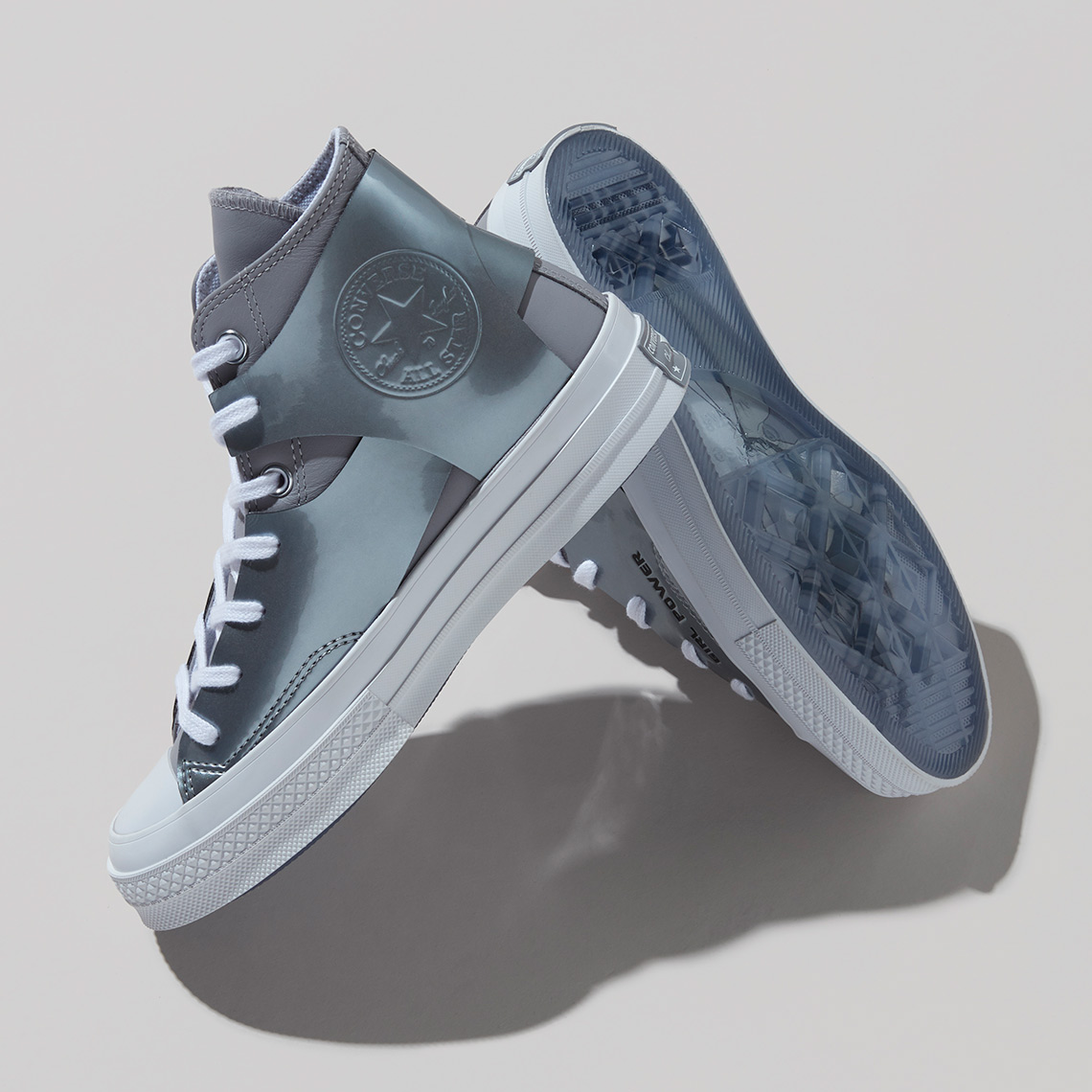 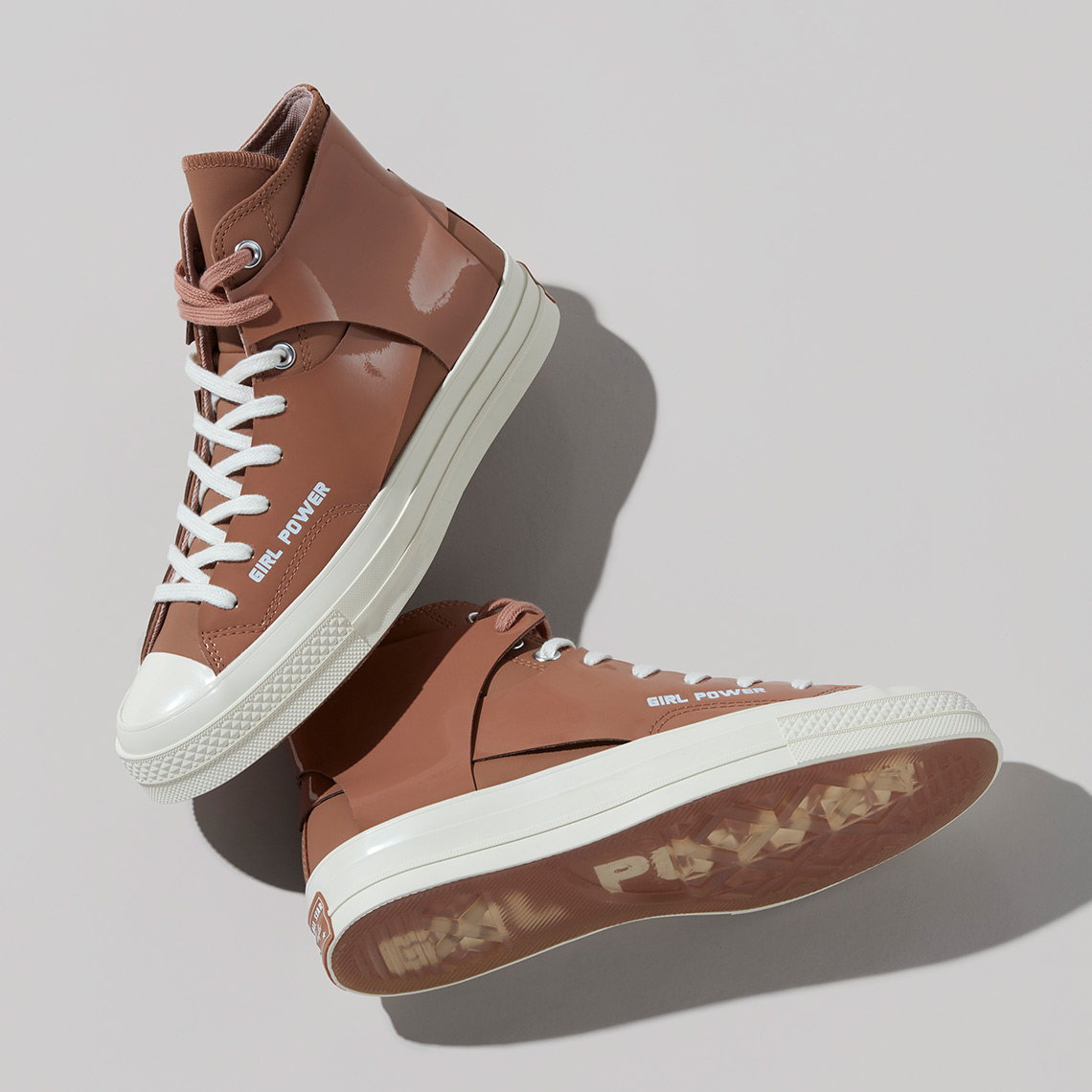 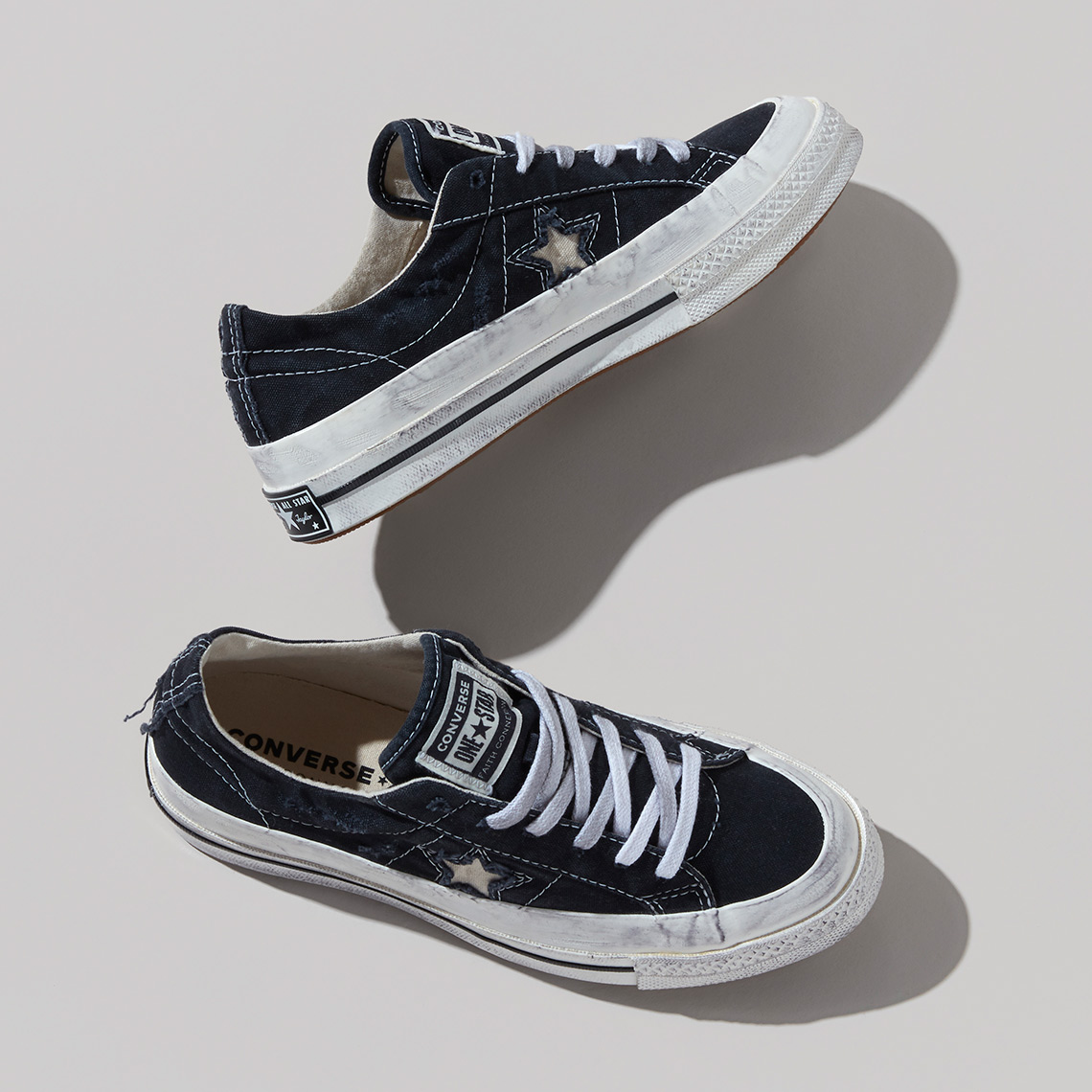 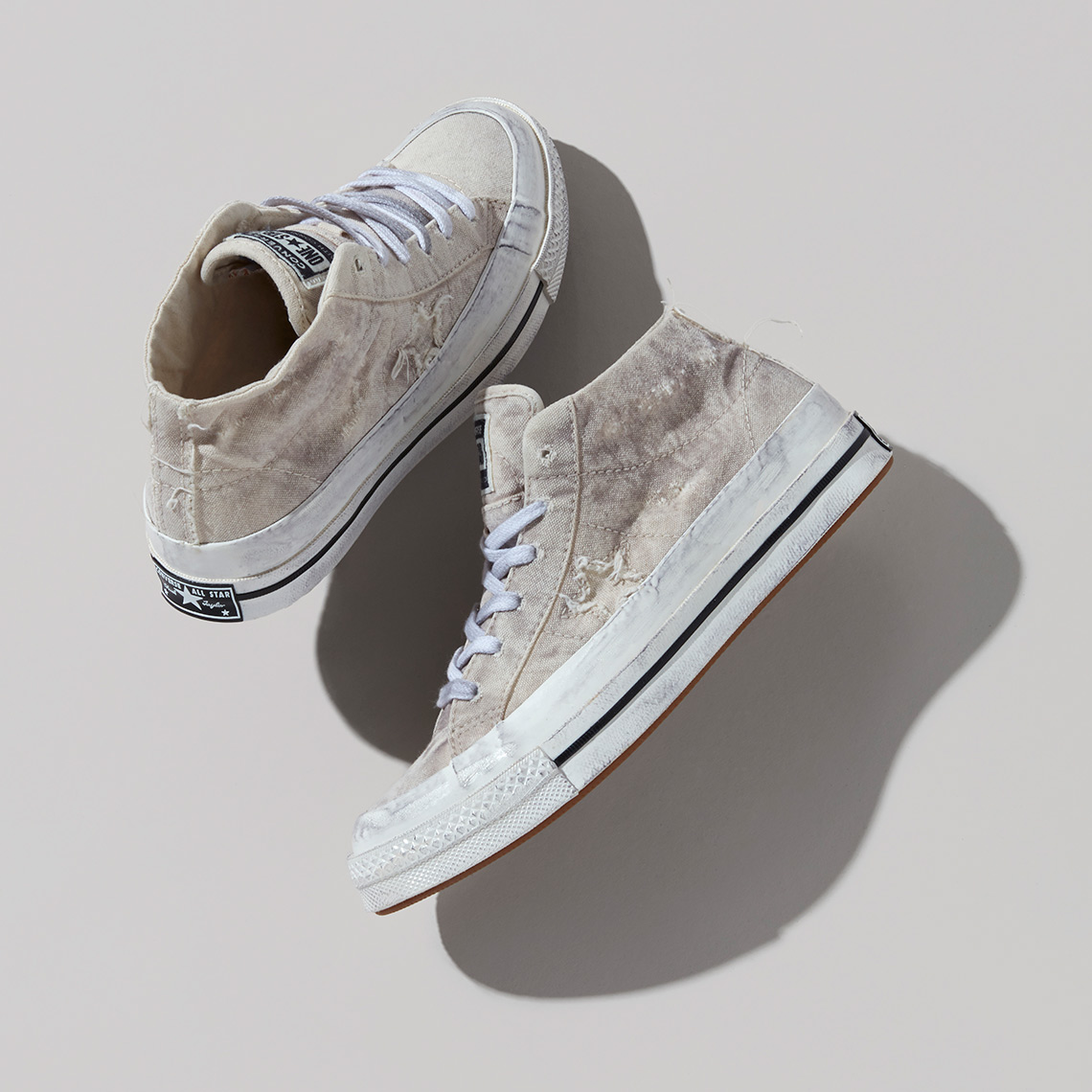 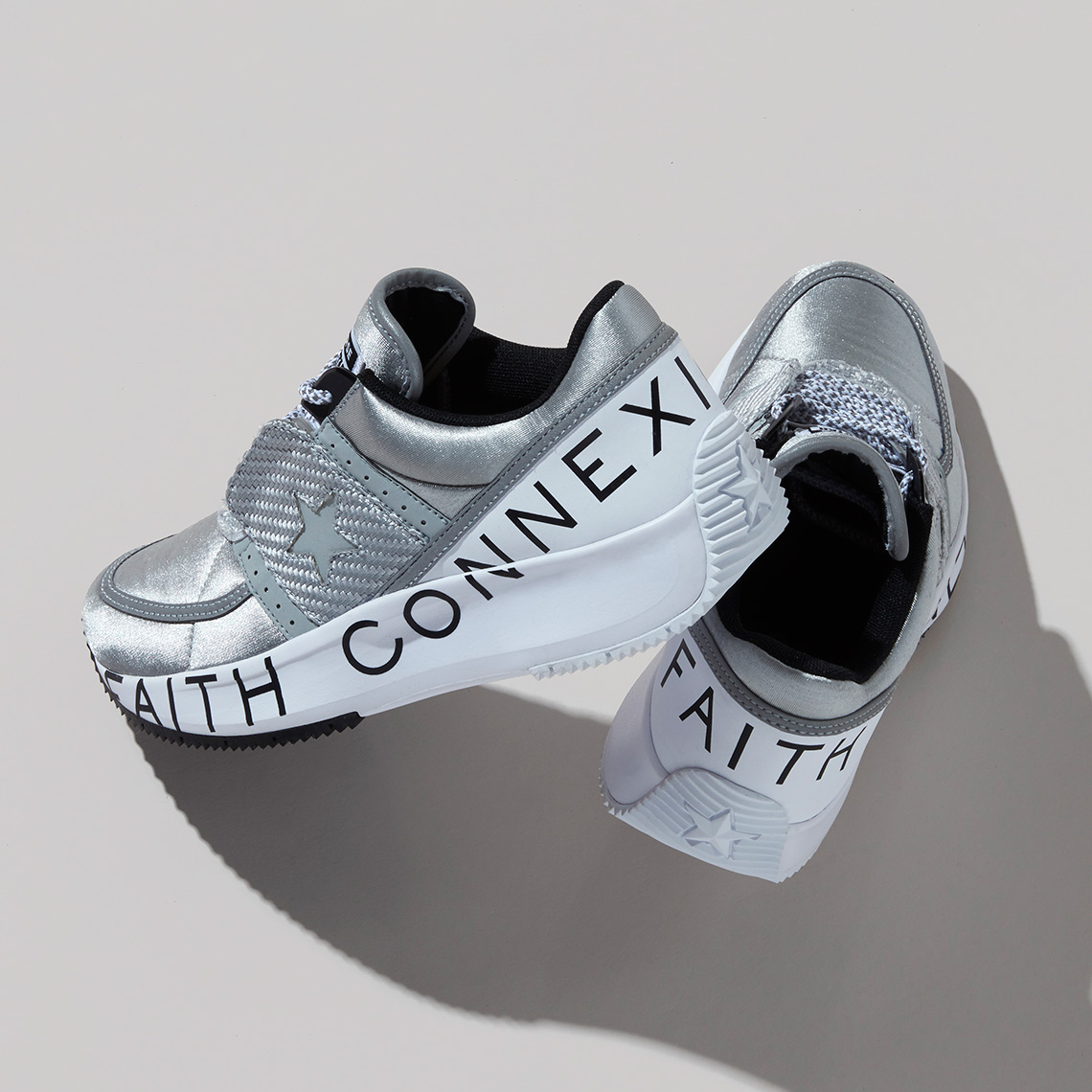 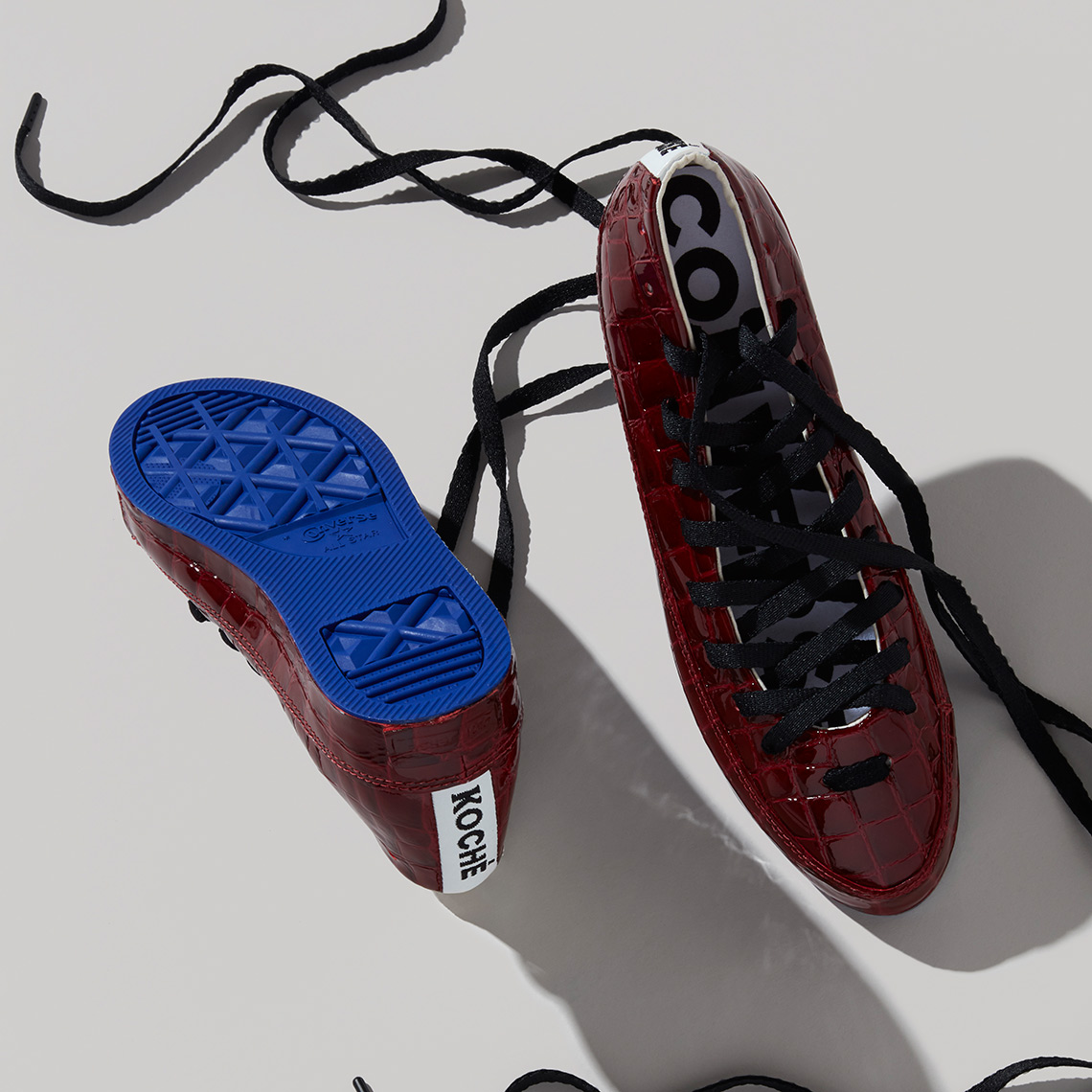 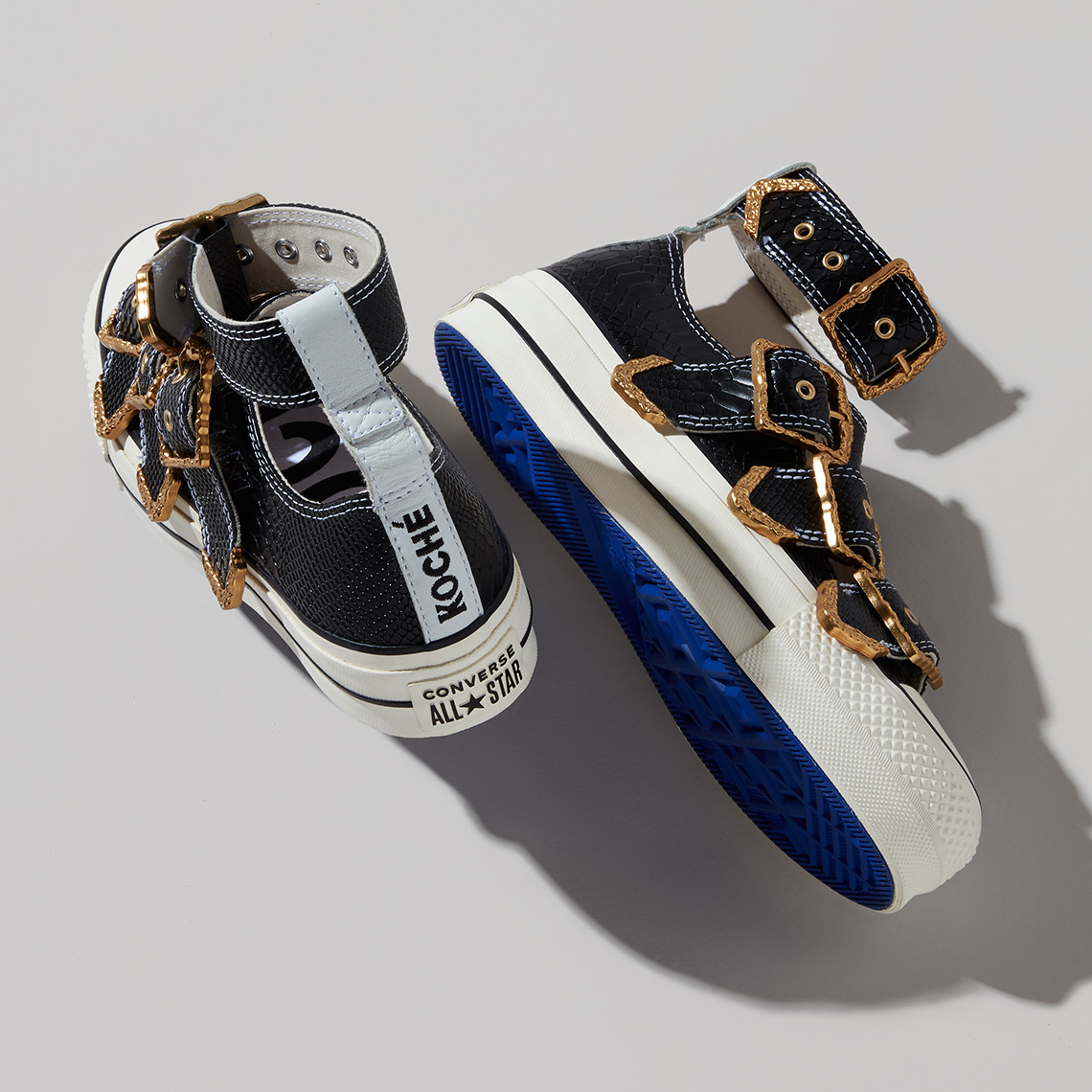 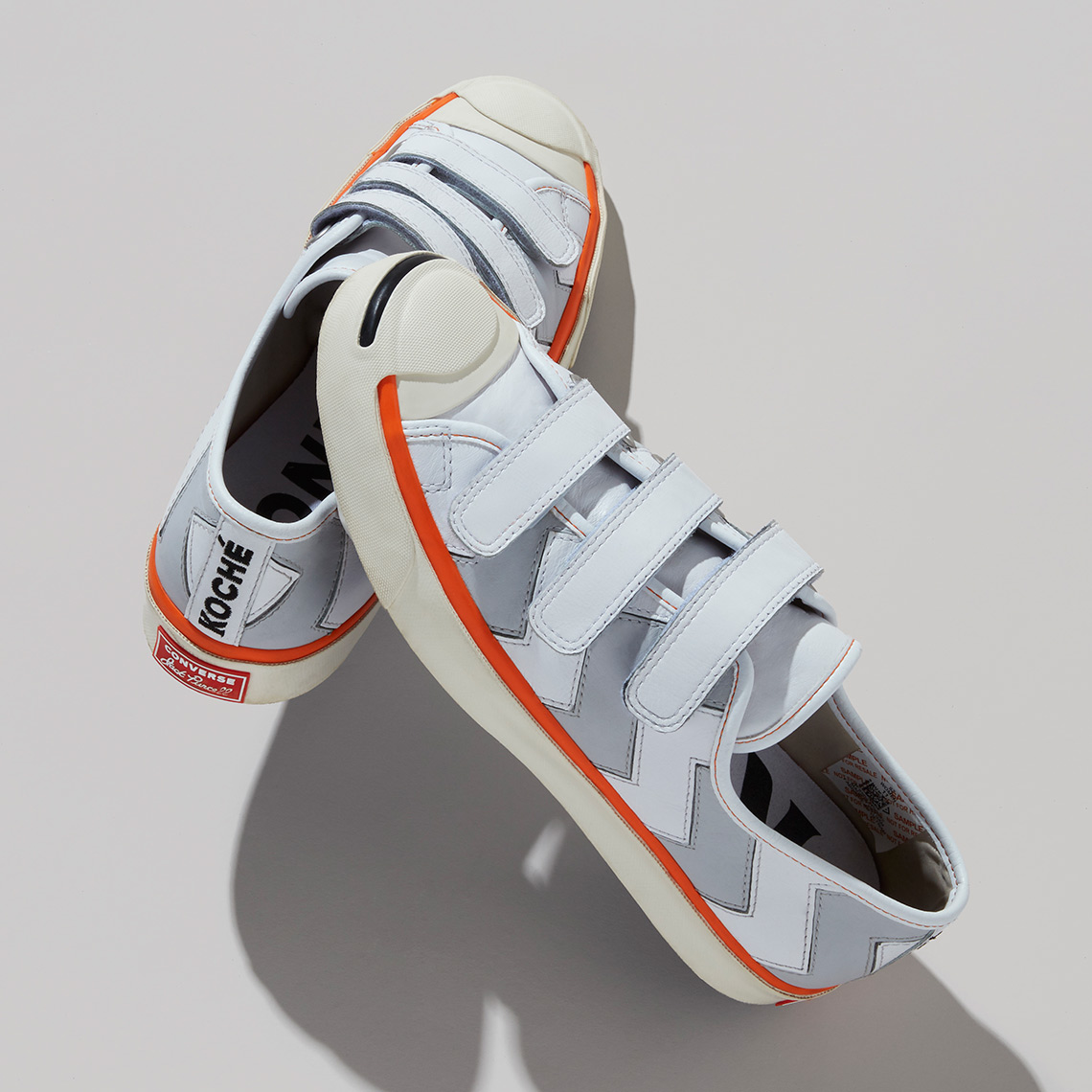 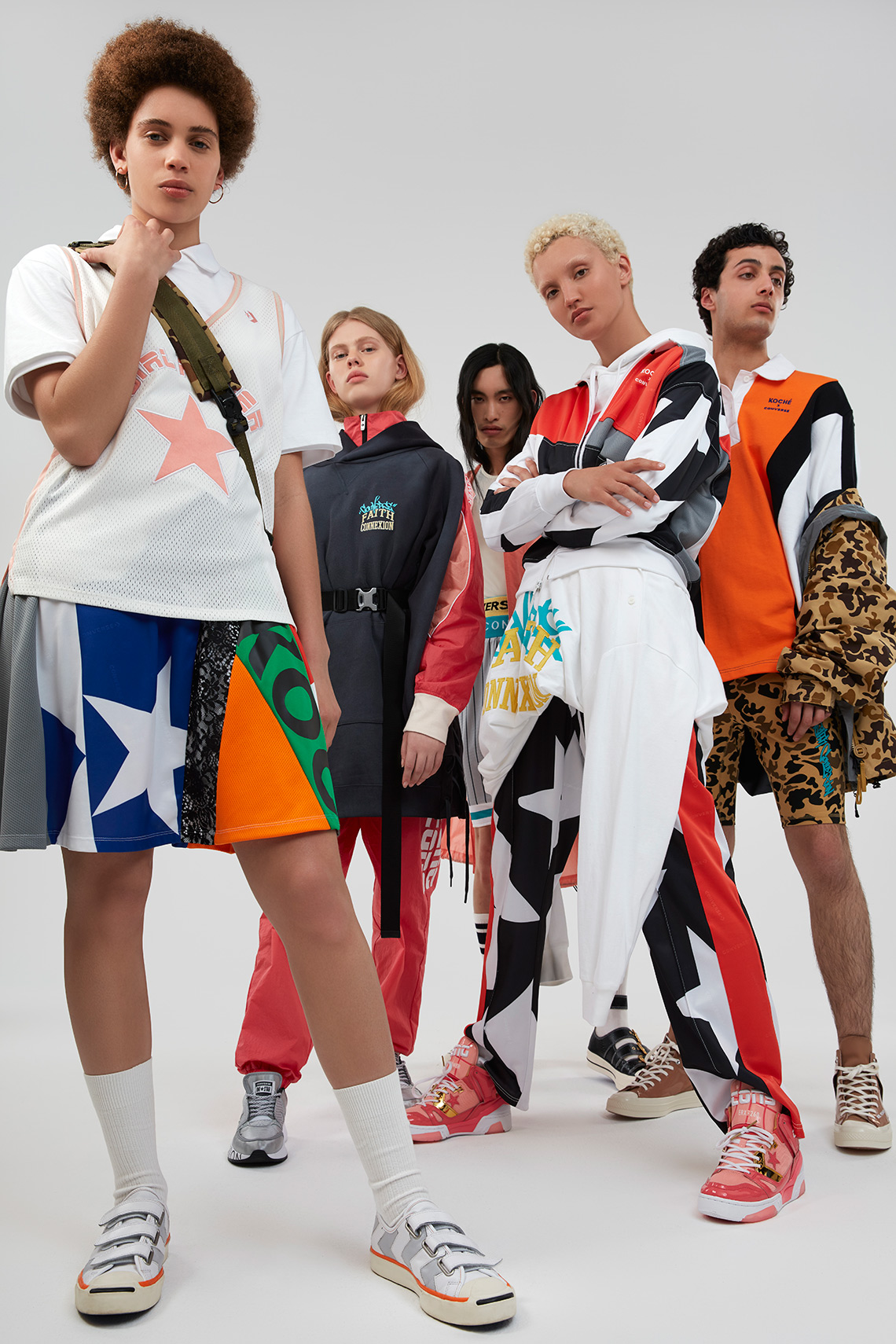