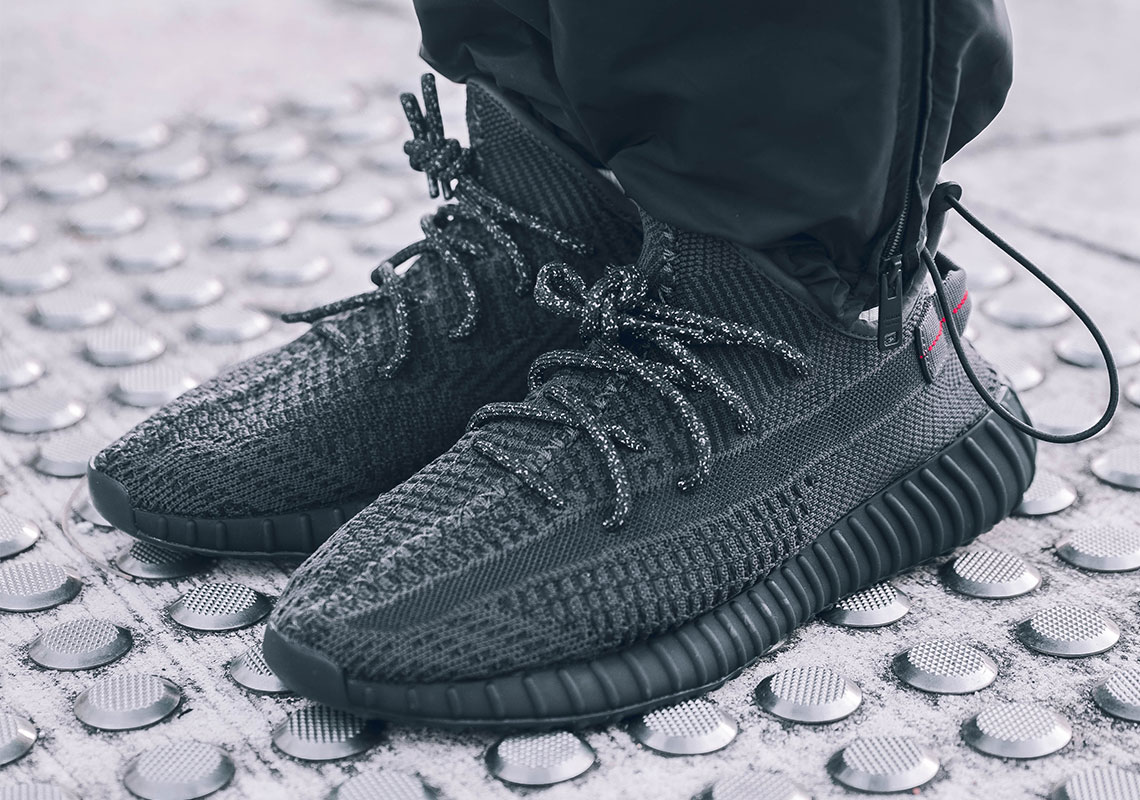 With a wide slate of earth-toned releases over the past few months, Kanye West‘s adidas Yeezy line has left some fans pining for grayscale palettes, and now those wishes are being answered by the adidas Yeezy Boost 350 v2 “Black.” A simple-yet-alluring combination of old and new, these Yeezy 350s offer an updated take on a the “Pirate Black” colorway that debuted back in 2015, but equip it with the line’s modern-day translucent midfoot stripe. Since the color is simple, the textures are the real standout here, with the shoe offering a trifecta of different weave patterns on its Primeknit upper and a single line of red stitching on a heel tab for a clever nod to the aforementioned “Pirate Black.” High-vis reflective material is woven into the laces to ensure late-night visibility, and a bulbous black midsole/outsole stuffed to the gills with white Boost cushioning then completes the look. Much like last year’s “Static” makeup, they’ll release in both a base version (pictured here) and a more limited style that features reflective material woven through the entire upper. Check out on-foot shots of these new Yeezys below for an idea of what they might look like with your ‘fit, and expect a release on June 22nd for $220 USD. 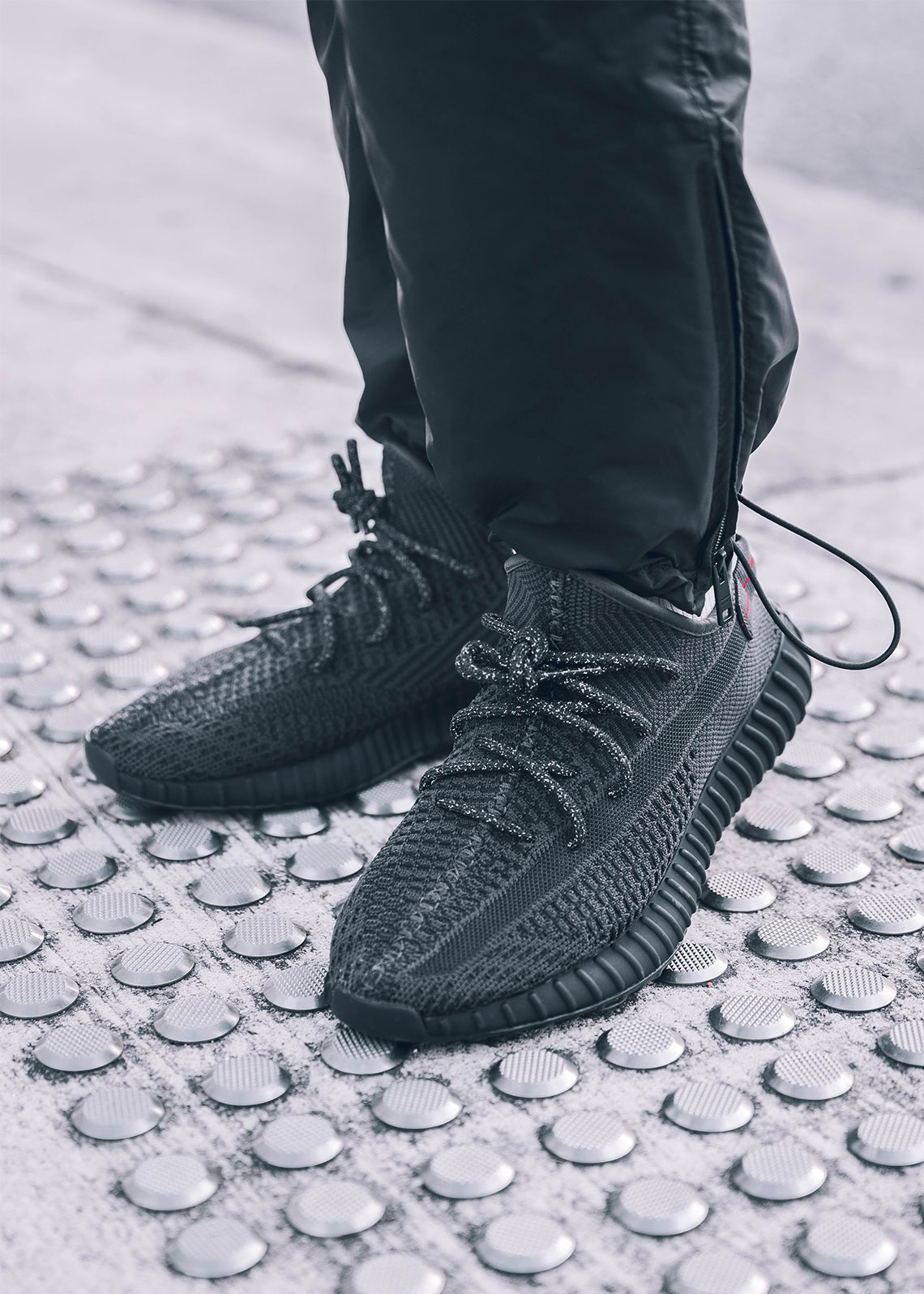 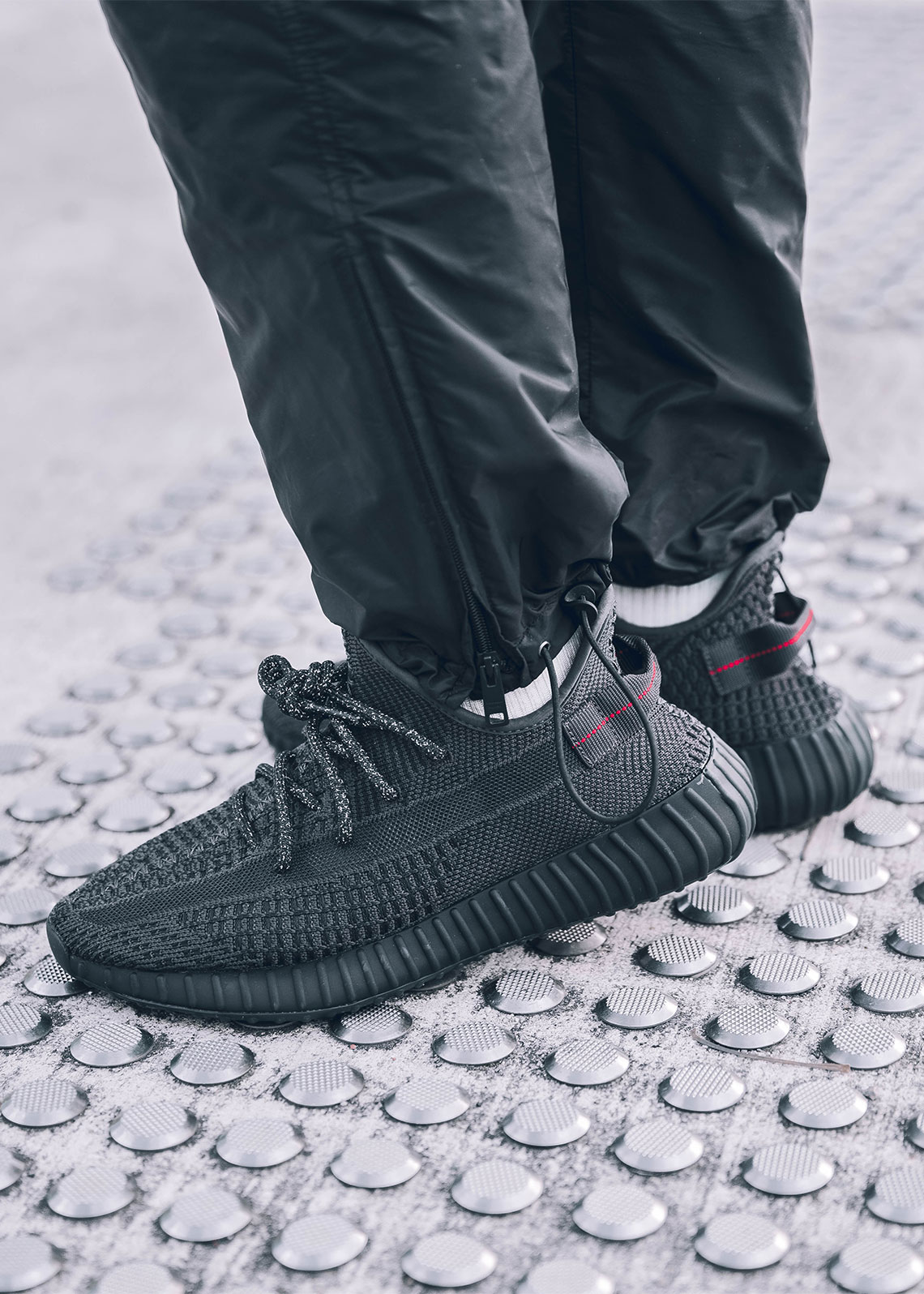 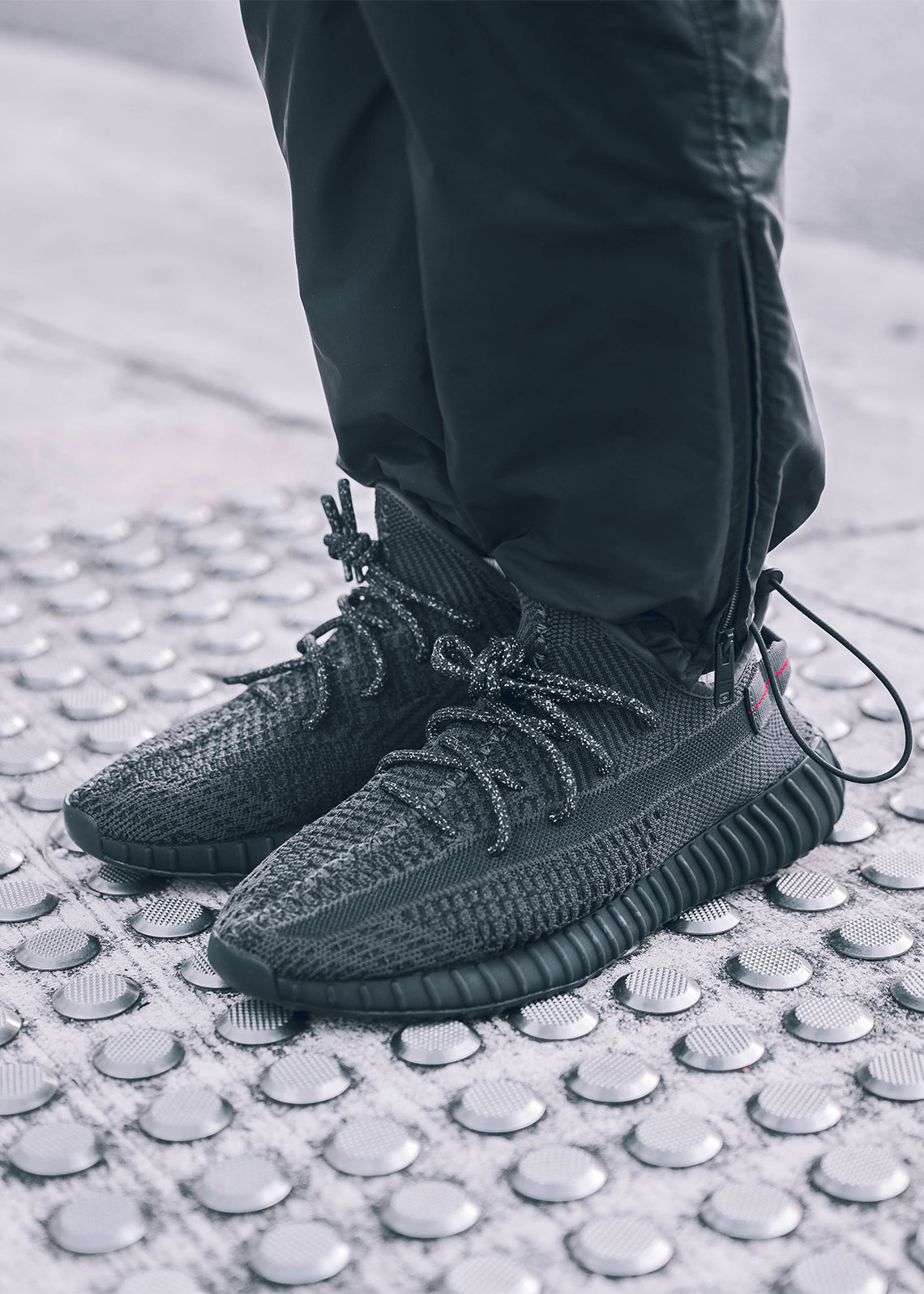