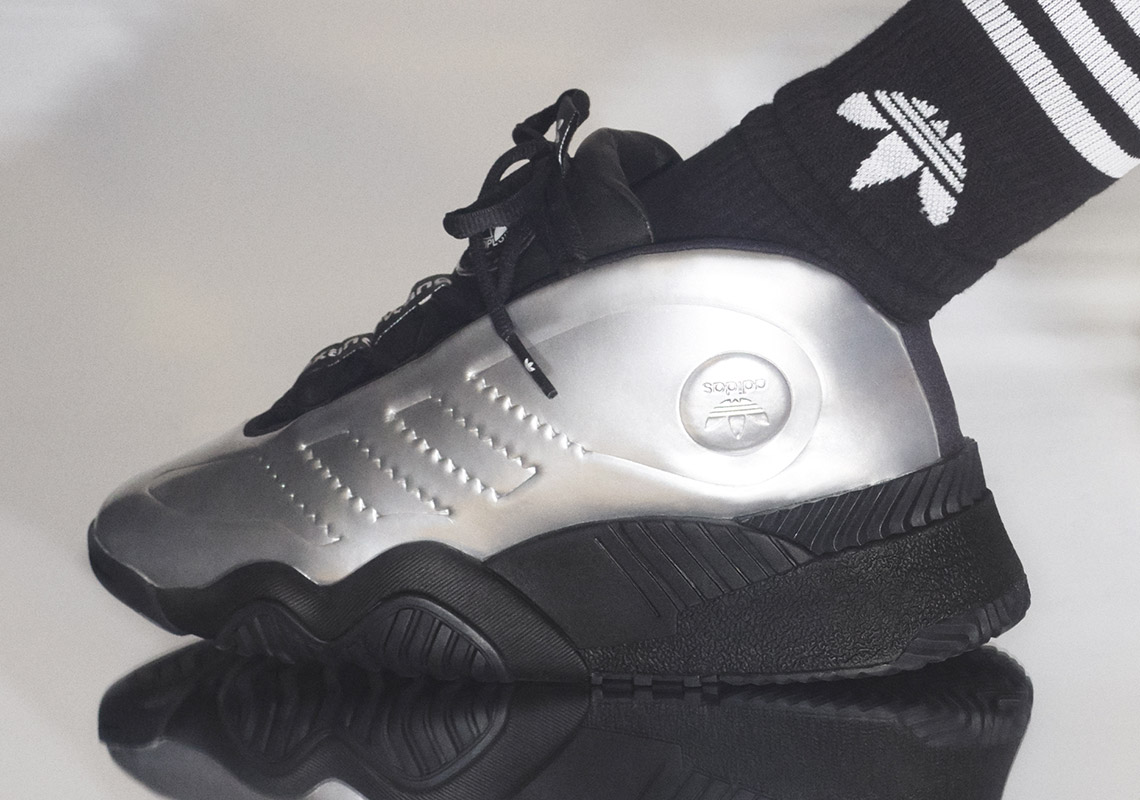 Alexander Wang is no stranger to an eccentric piece with much of his adidas footwear pushing the boundaries between runway focal point and futuristic performance concept. Fusing an innate passion for the game of basketball and the bulky silhouettes that inform much of his prior releases, the NYC designer is unveiling his most imposing yet: the AW Futureshell. Somewhat reminiscent of the Kobe 1 released way back in the early 2000s, the pair dons a metallic armored shell across its entire construction with debossed branding notes taking the place of traditional overlays. Small icons of an upside-down trefoil add allure to the shaped molds of the upper while black notes — which more so blend in on the accompanying black colorway — depart from the shimmering silvers in complimenting note. Giant sole units, a tongue that sports the creative’s name, and some extra logo hits finish off a set that fits seamlessly into the slots of the overarching Alexander Wang x adidas collection. Grab a detailed look at his newest below and find them rolling out to select retailers as well as adidas.com come May 25th. 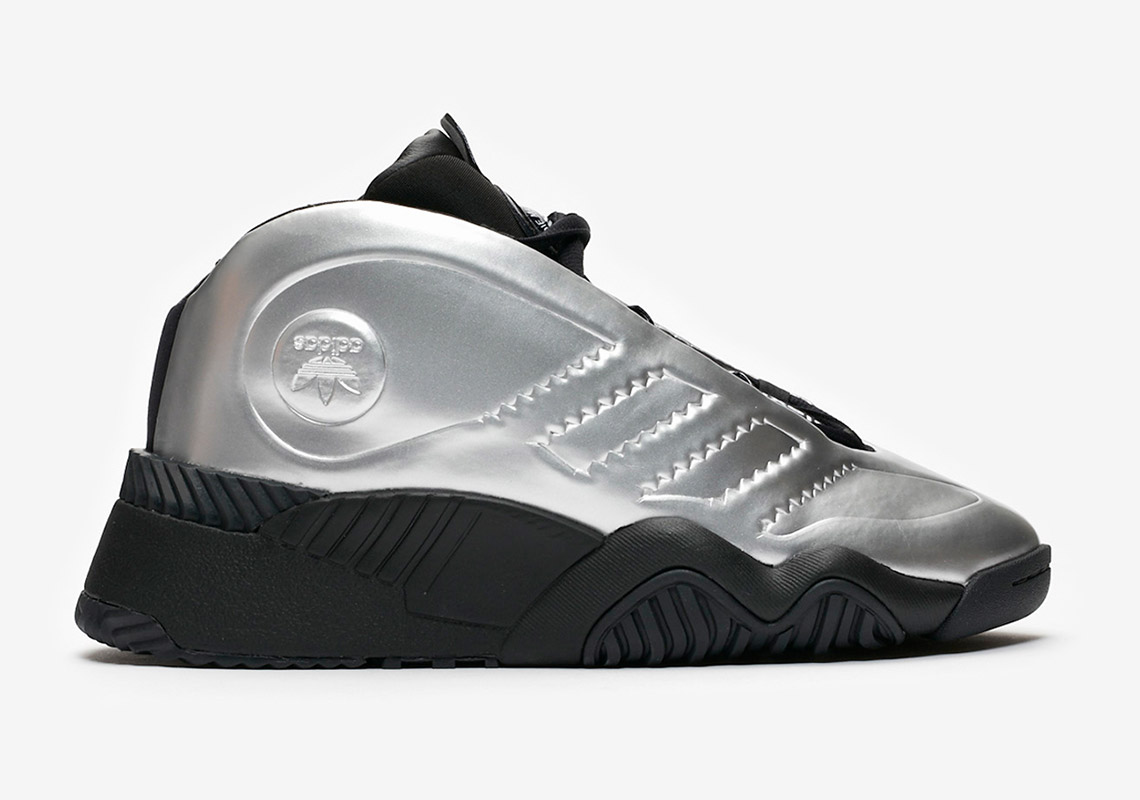 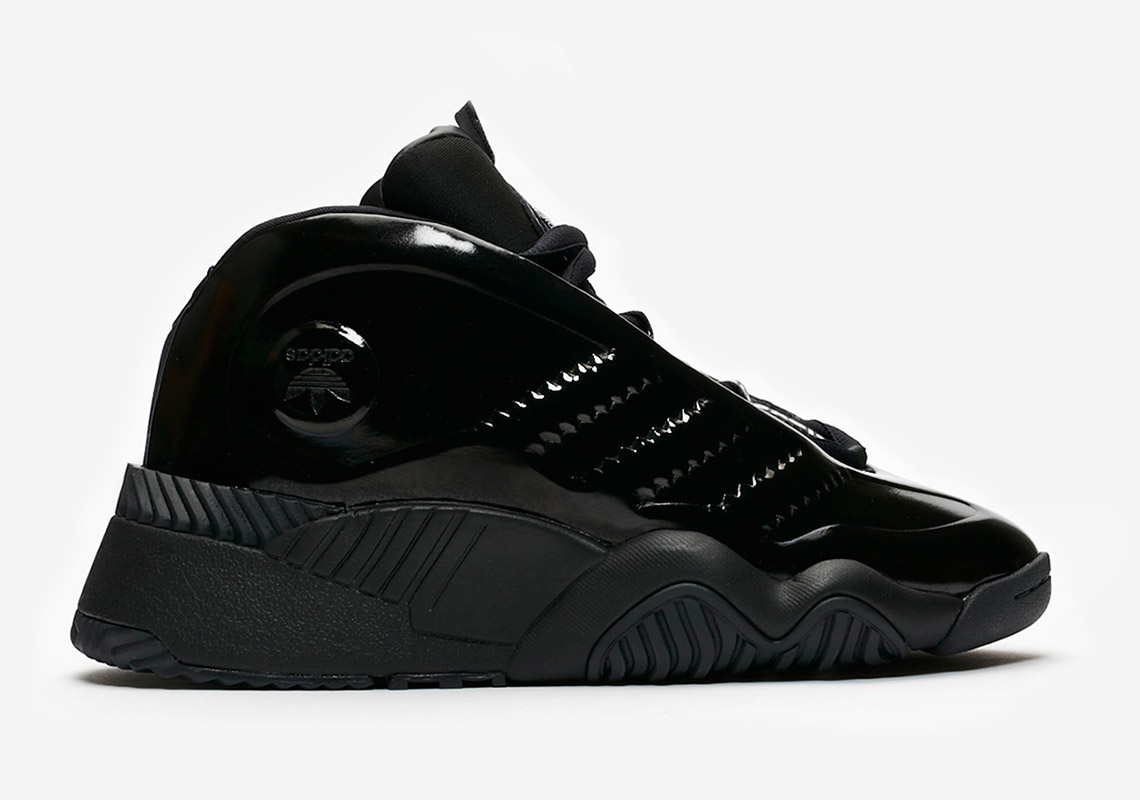 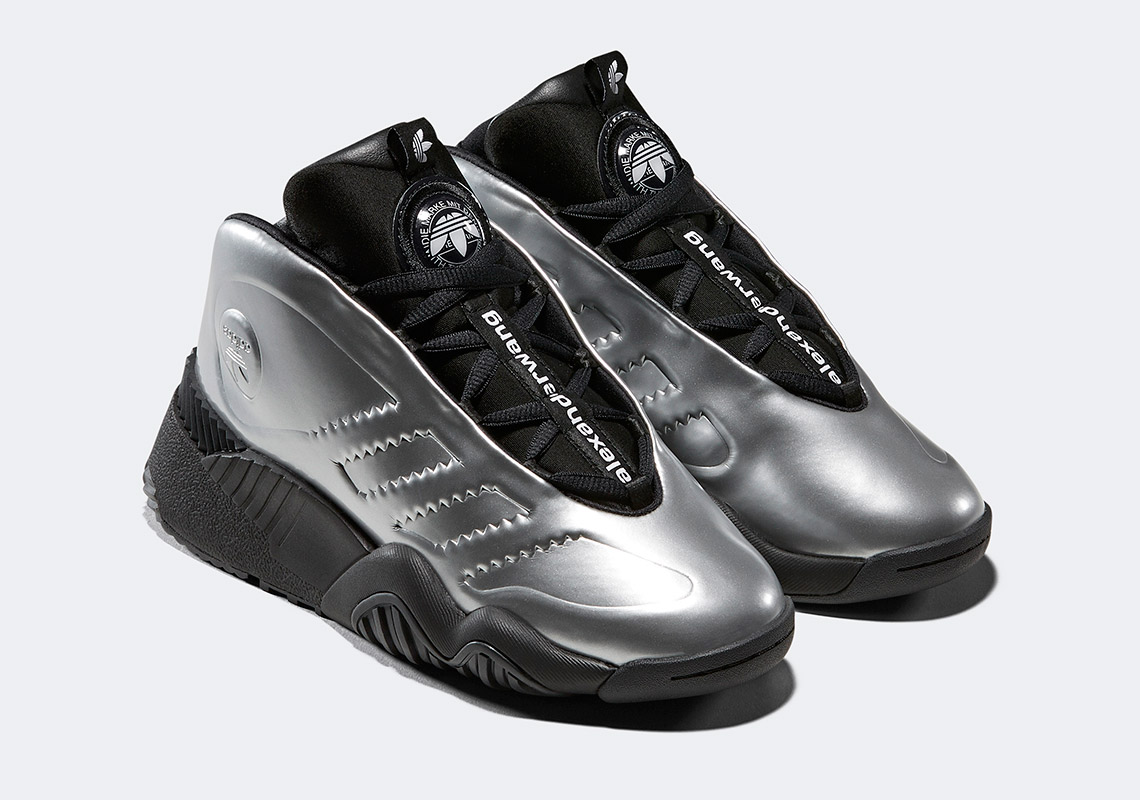 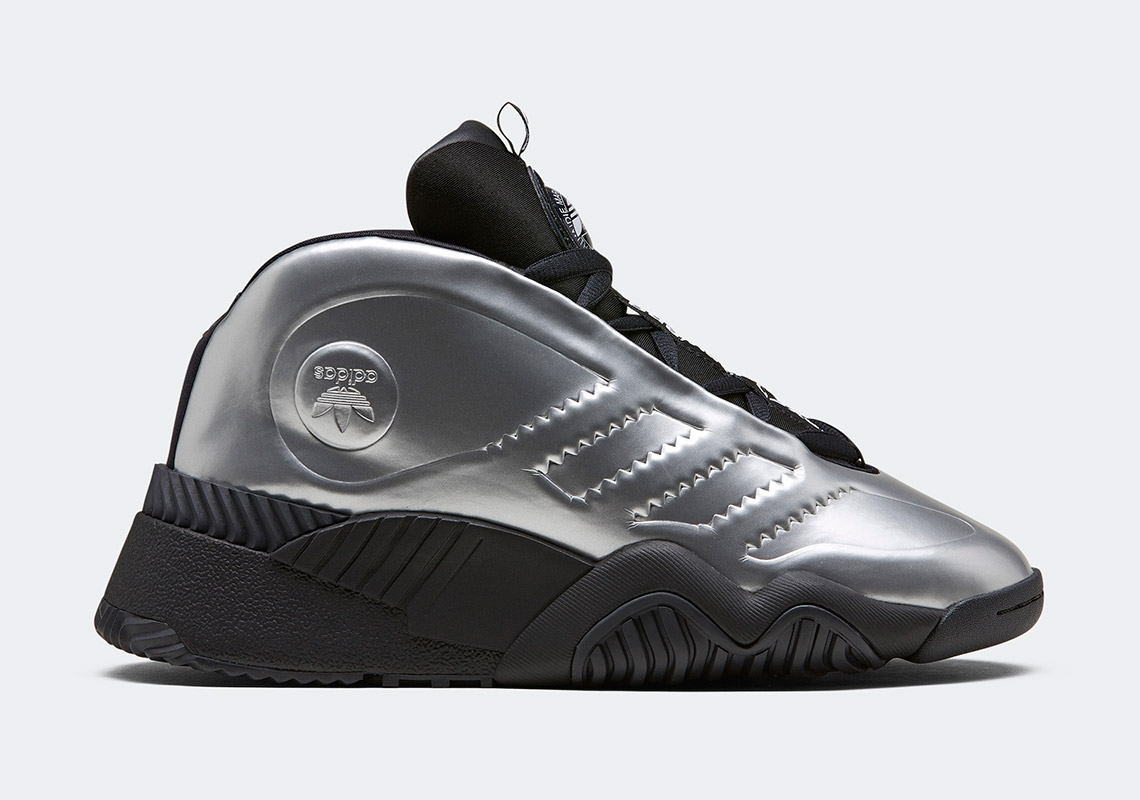 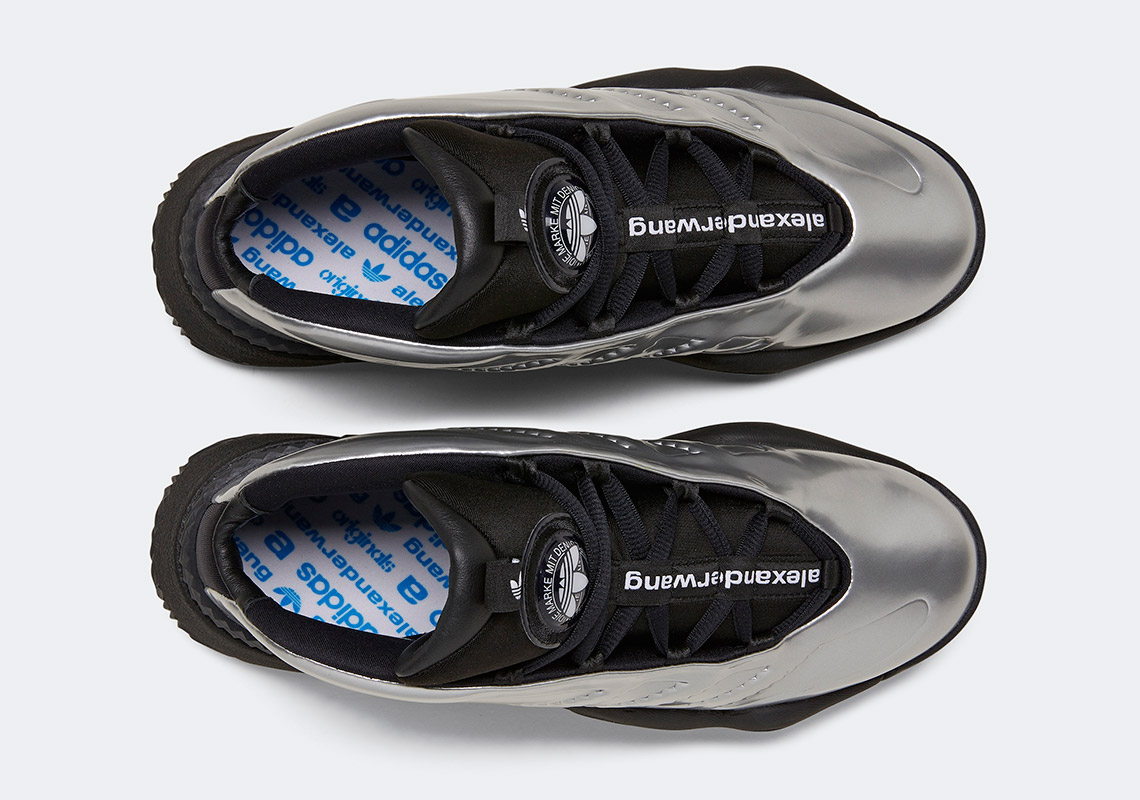 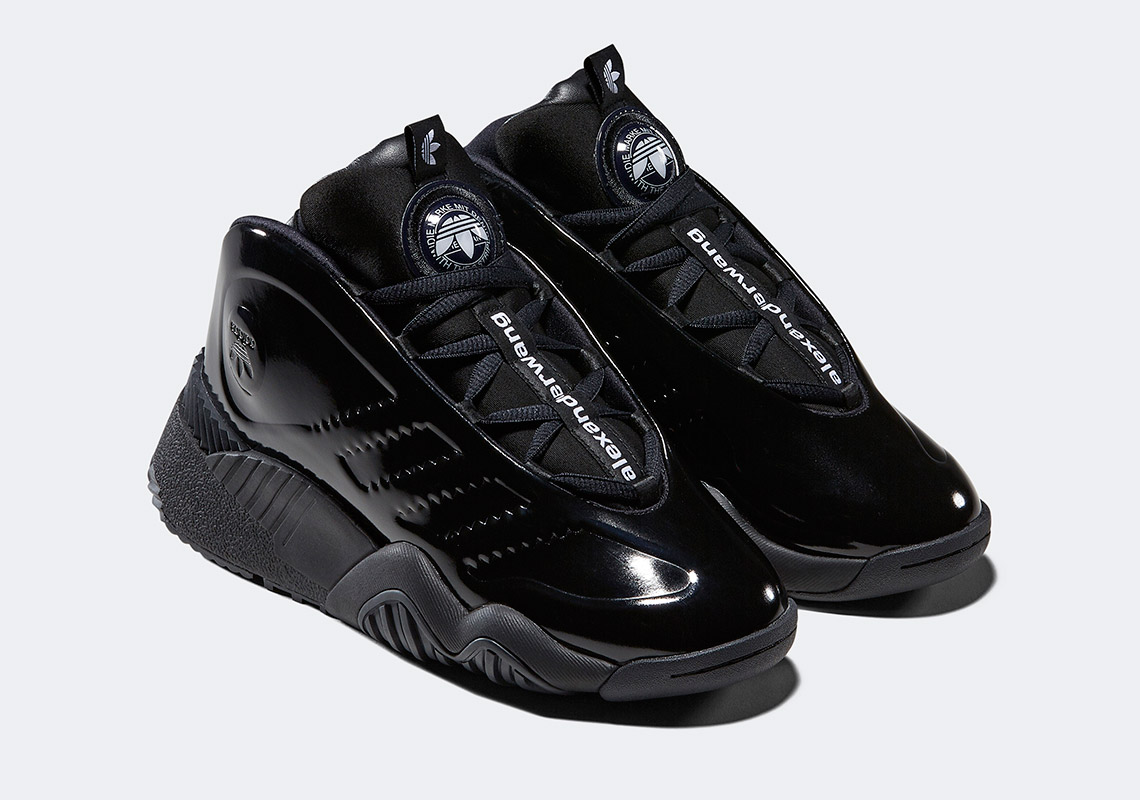 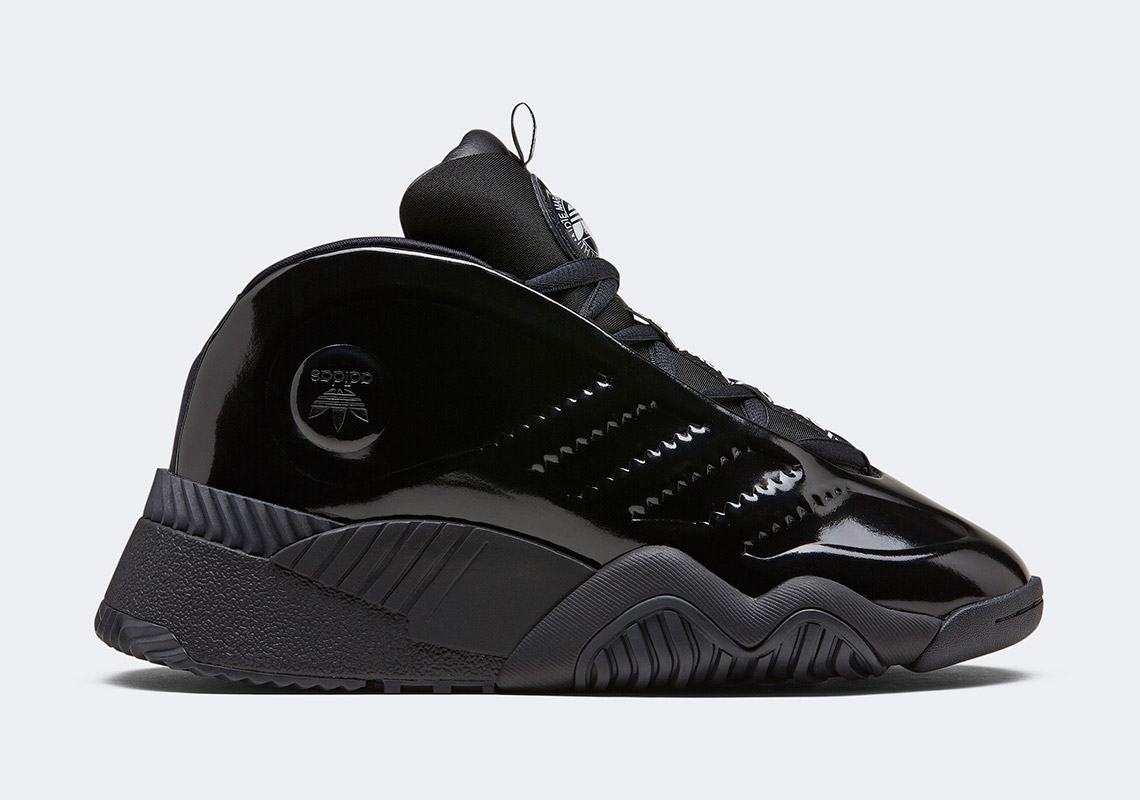 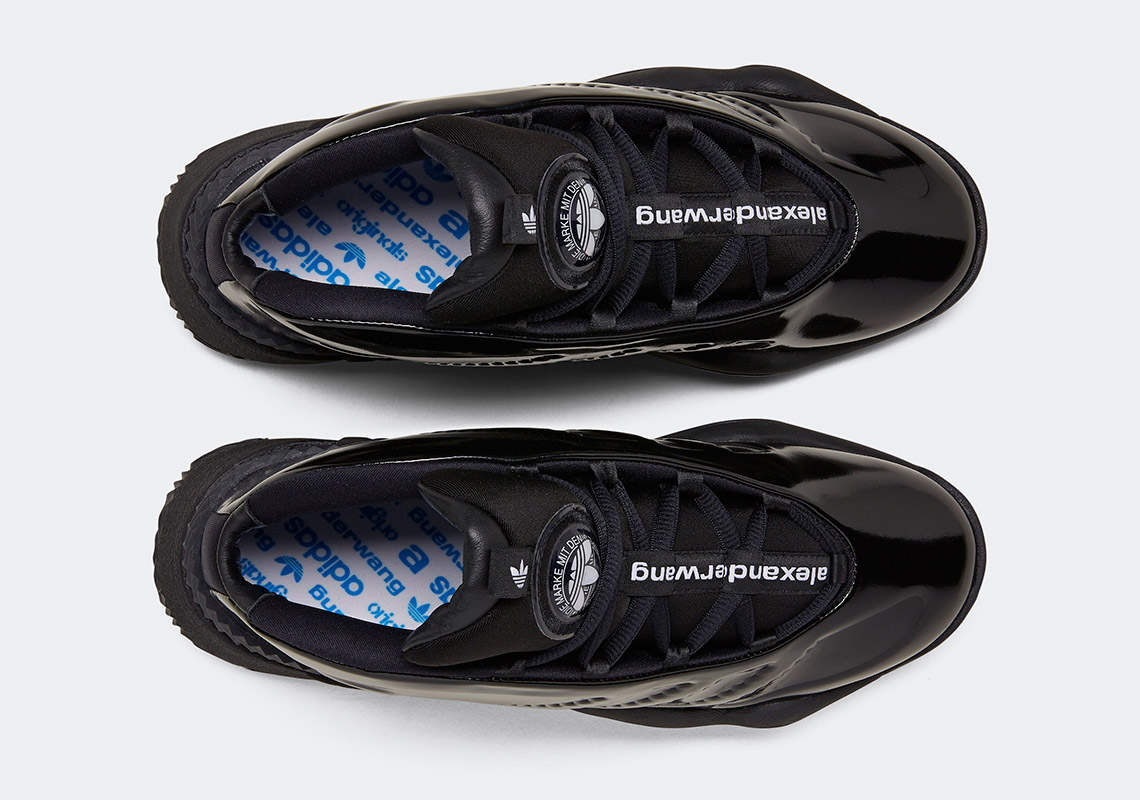