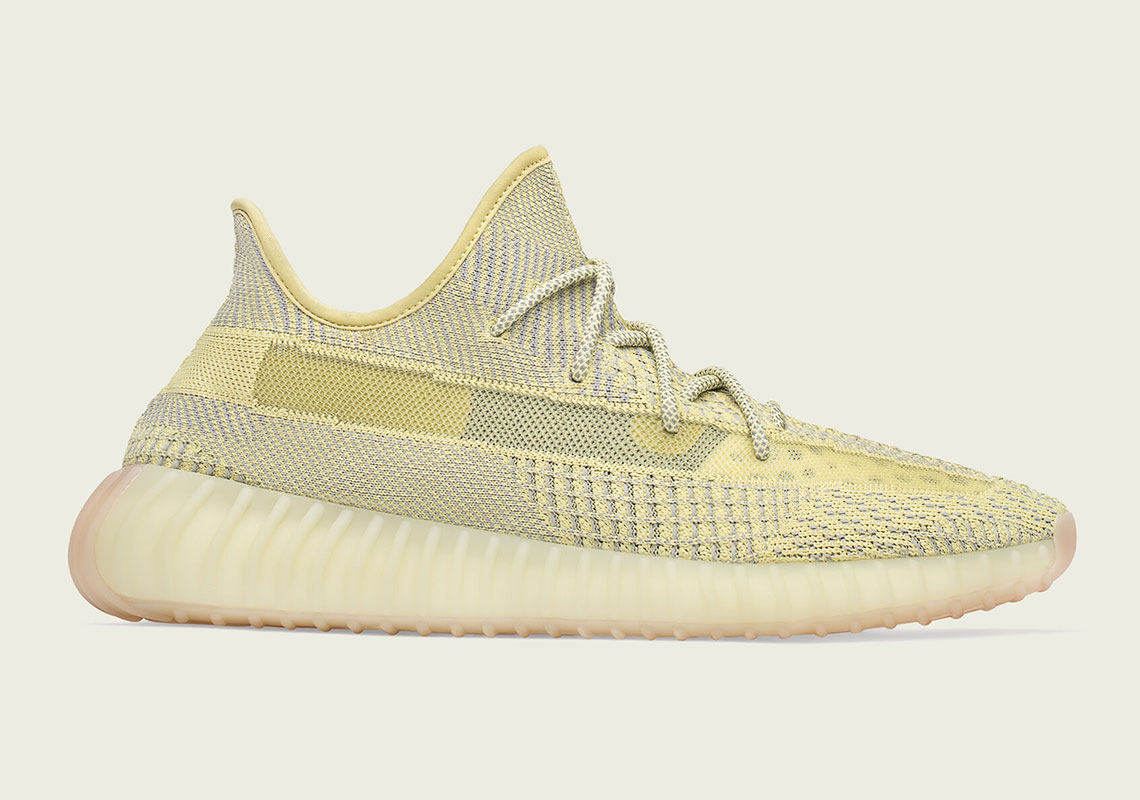 July is right around the corner, and you’ll be able to kick summer off in full force when it comes to footwear thanks to the impending release of the adidas Yeezy Boost 350 v2 “Antlia.” Kanye West‘s latest entrant to the adidas Yeezy line offers tendencies both similar to and different from past releases to push the boundaries just enough while still remaining inherently familiar. From a looks standpoint, it offers a recognizable translucent side stripe and milky Boost-filled midsole, but drops the line’s recent propensity for single-colored makeups in favor of a bold combination of soft yellows and stately greys. It’ll also release in full family sizes, with men’s ($220), kids ($160) and infants ($140) makeups all set to be available. Much like other entrants into the line, these Yeezy 350s are indeed a regional release, arriving exclusively at European and Russian retailers. However, since many offer global shipping, stateside sneakerheads will be able to get their fill as well. Although most raffles are closed, some stores are doing online drops/offering alternate release methods, so check out our Yeezy 350 v2 Antlia store list for your best bet at securing your pair(s) come tomorrow morning.