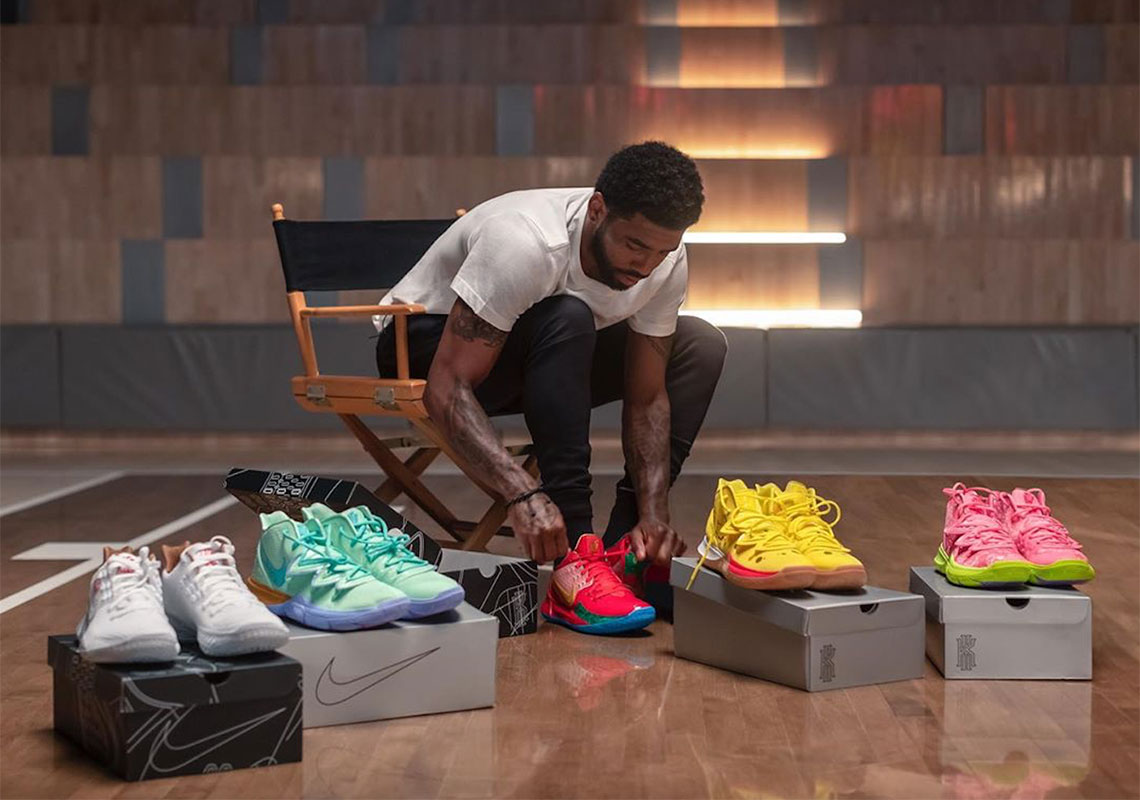 One lives in a pineapple under the sea, while one is the new point guard for the Brooklyn Nets, but now SpongeBob SquarePants and Kyrie Irving have been brought together for a five-shoe Nike collection. Consisting of three Nike Kyrie 5s and two Nike Kyrie Low 2, each sneaker in the pack nods to one of the beloved cartoon’s memorable characters. SpongeBob himself is represented by a yellow Kyrie 5 with gold dots, a squiggly swoosh, and red/gum accents as a nod to his famous khakis and red tie combo. His best buddy, the looney-yet-loveable starfish Patrick Starr, also appears on a Kyrie 5 that features a unique multi-shade pink print on the upper with a neon green midsole/outsole inspired by his shorts. Squidward Tentacles, SpongeBob’s famed frenemy and Krusty Krab co-worker provides the third Kyrie 5, offering a slightly more toned-down combo of light jade and soft blue. All three also feature a Nickelodeon stamp across their Venus Flytrap-inspired lace sheath for co-branded styling. Meanwhile, the affable astronaut squirrel Sandy Cheeks providies the inspiration for a Kyrie Low 2 that draws its white, grey, and brown colorway from her space suit, and adds a dash of signature detailing via a red dot on the midsole and a flower on the midfoot overlay. And finally, Krusty Krab owner Mr. Krabs serves up scrumptious stylings for the second Kyrie Low 2 with a bold mix of hot red and jade, accented by blue and gold.

Irving’s signature Nike shoes are certainly familiar with fun-filled special packs — like the memorable cereal-themed Nike Kyrie 4s created in tandem with General Mills during 2018 — but this one may very well be the wildest yet. Enjoy a brief look at the quintet of special shoes above, look for each pair to release on August 10th, and stay tuned for more info as it’s available. 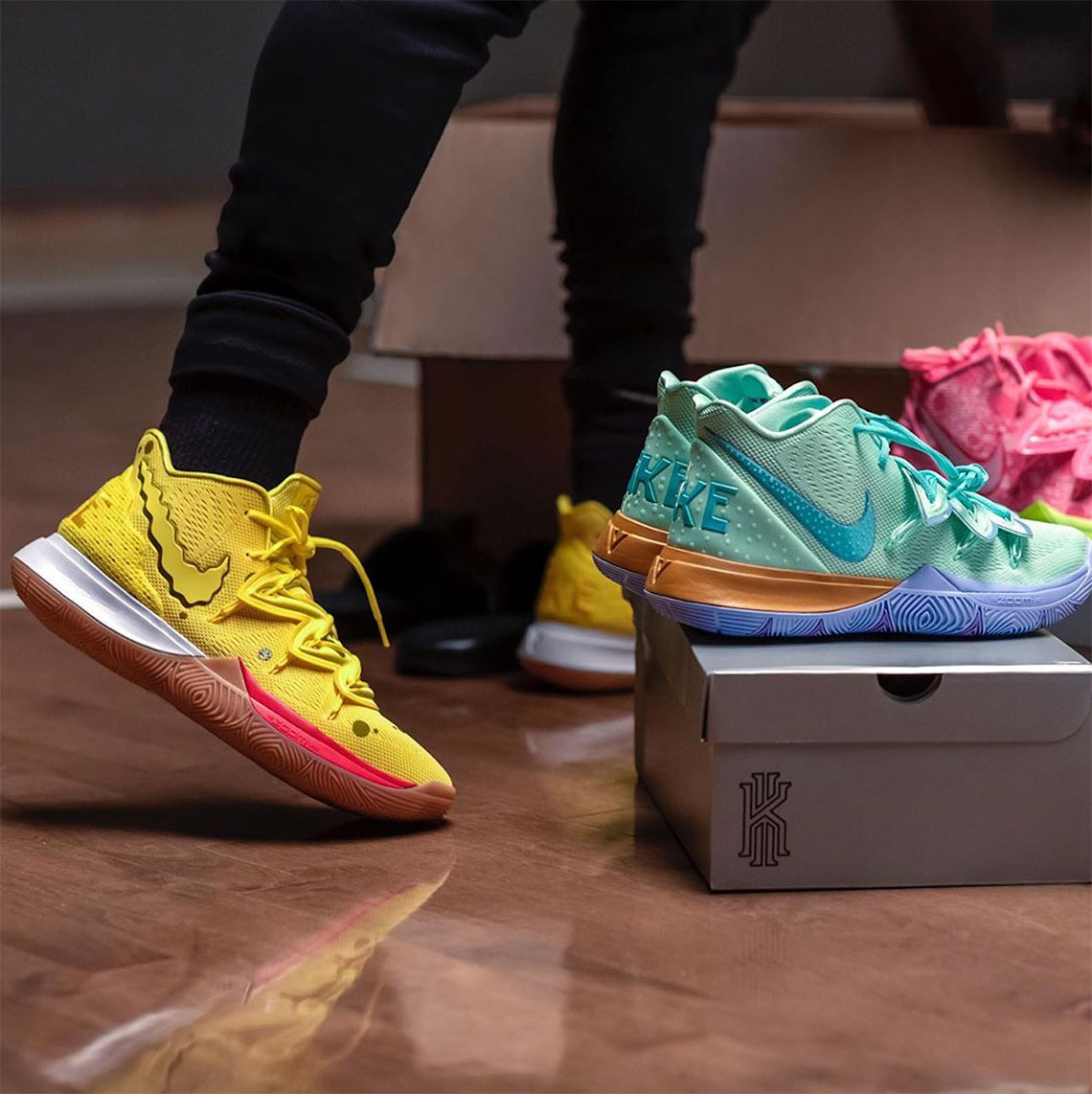 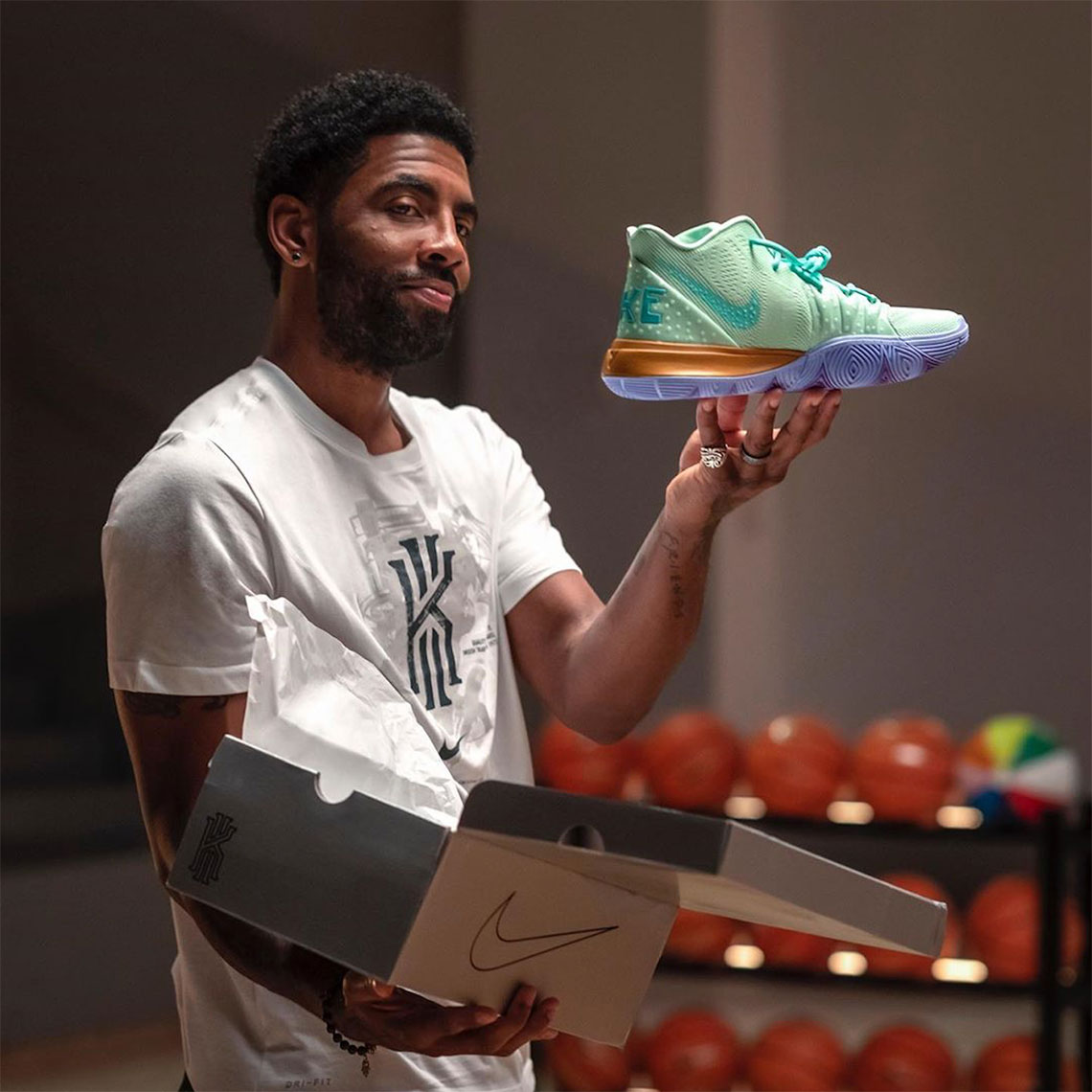 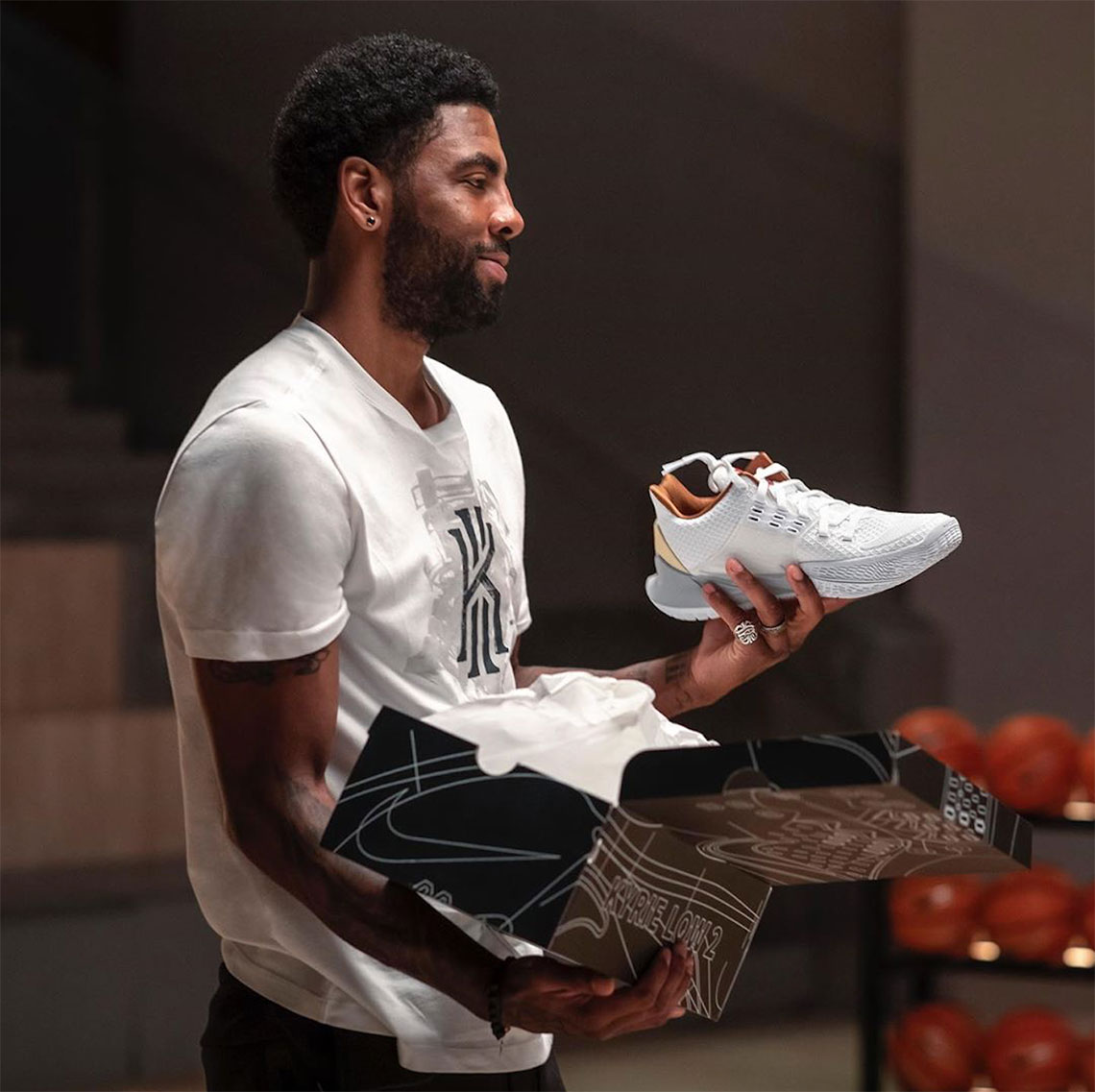 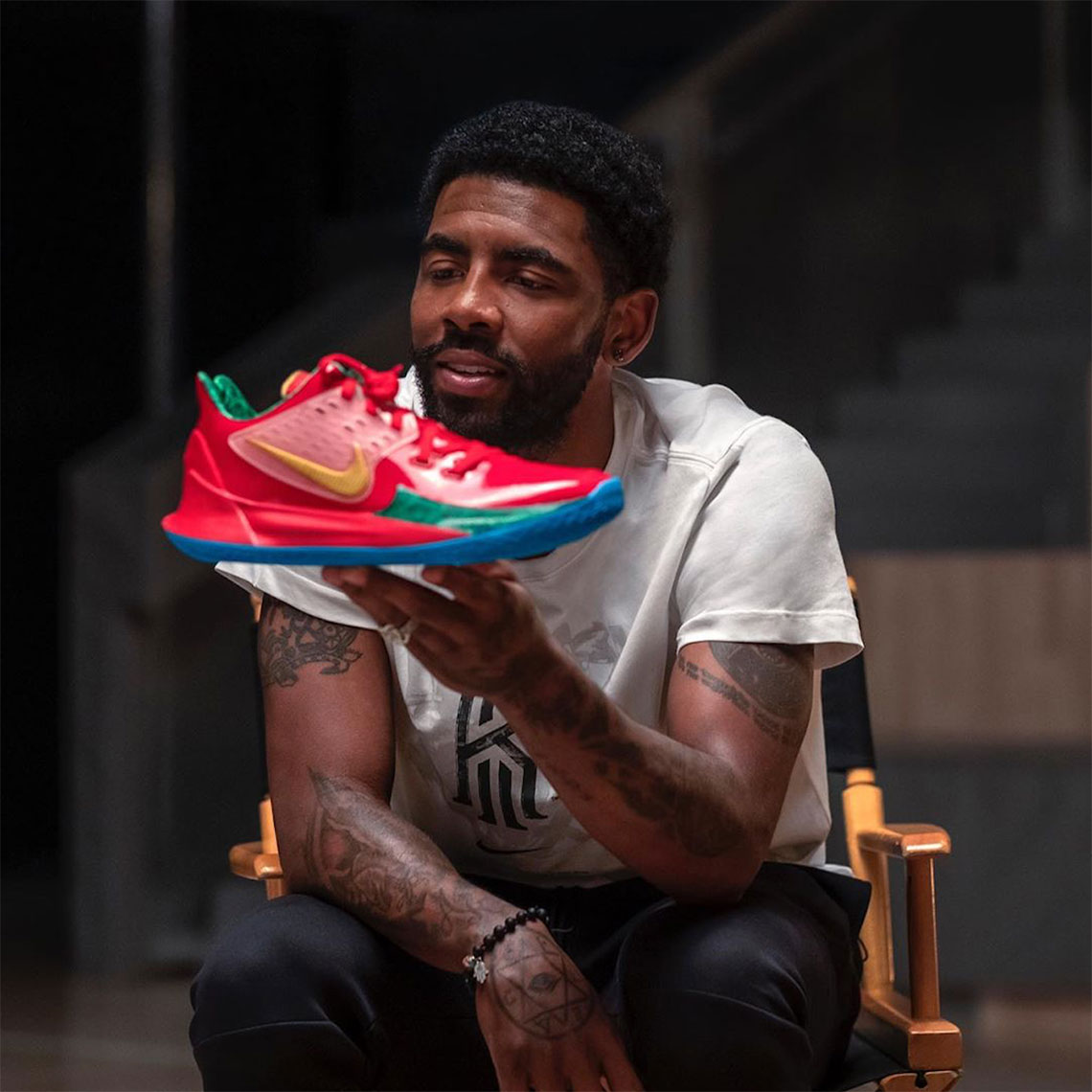 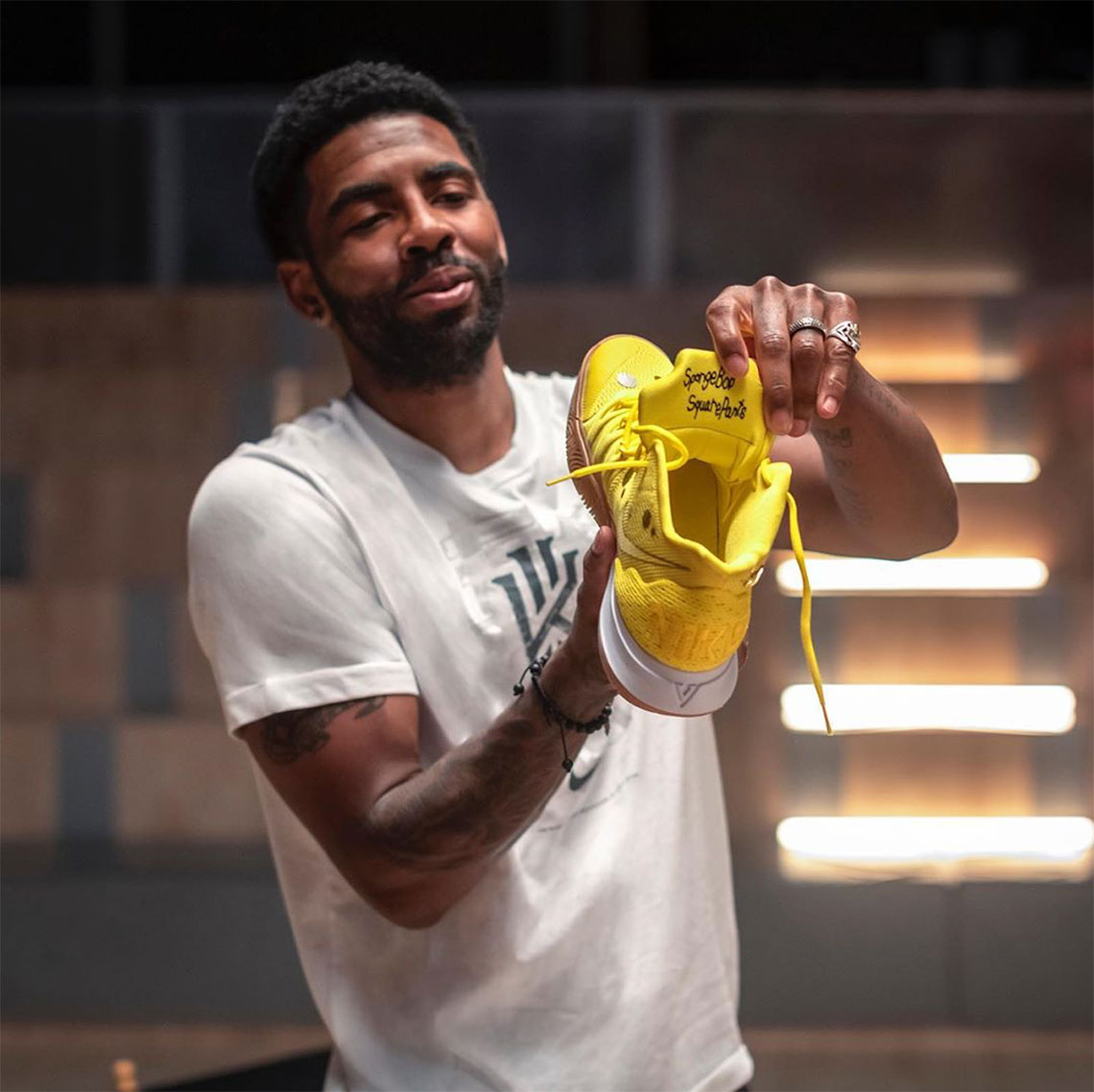