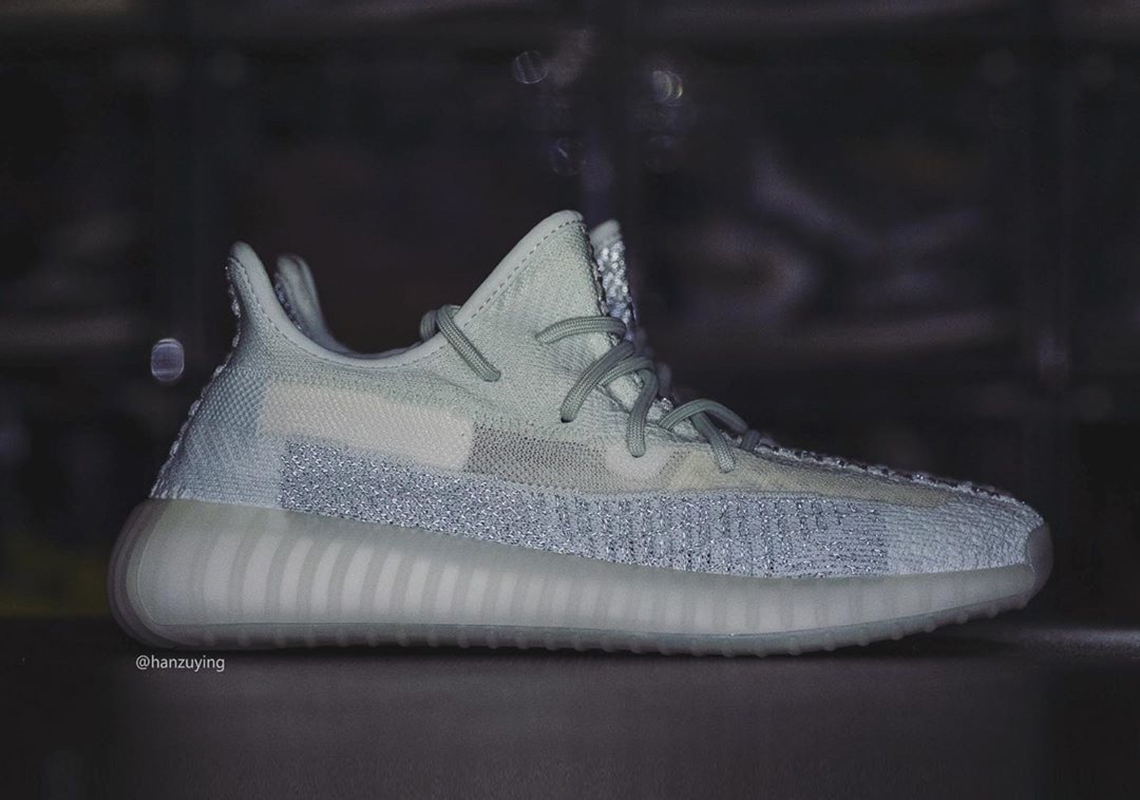 Kanye West‘s adidas Yeezy line is enjoying its best year yet in 2019, thanks to silhouettes like the Yeezy Boost 700 v2 and Yeezy Boost 350 v2, and now the latter has appeared in yet another new makeup: a bold “Cloud White Reflective.” Similar to several other Yeezy 350s that have hit retailers this year, this souped-up silhouette keeps the colorblocking of the plain “Cloud White” pair, but adds a generous dose of reflective detailing. However, there’s a compelling difference here. Previous models saturated the entire upper in high-vis hits, but this pair instead opts to apply it in an interesting piecemeal style. The medial side is fully interwoven with the special thread, but it’s used much more sparingly on the lateral side, appearing only on the midfoot under the signature monofilament stripe, while the toebox, top half, and heel are all left unvarnished. The heel tab has been removed to up the sleekness, grey oval laces provide a stark contrast, and a milky midsole/outsole house a full Boost cushioning footbed for signature comfort. Check on-foot and off-foot images out below, expect a release this September for $220 USD, and stay tuned to our Sneaker Release Dates page for further info as it’s available. 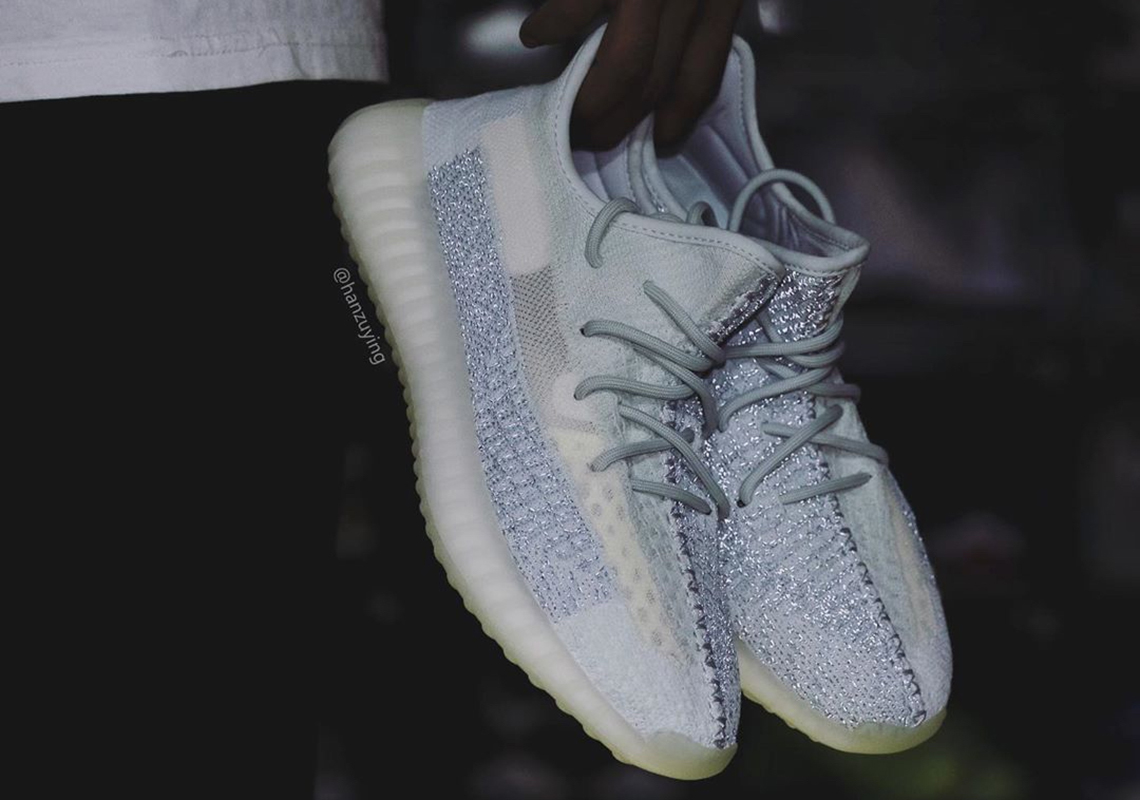 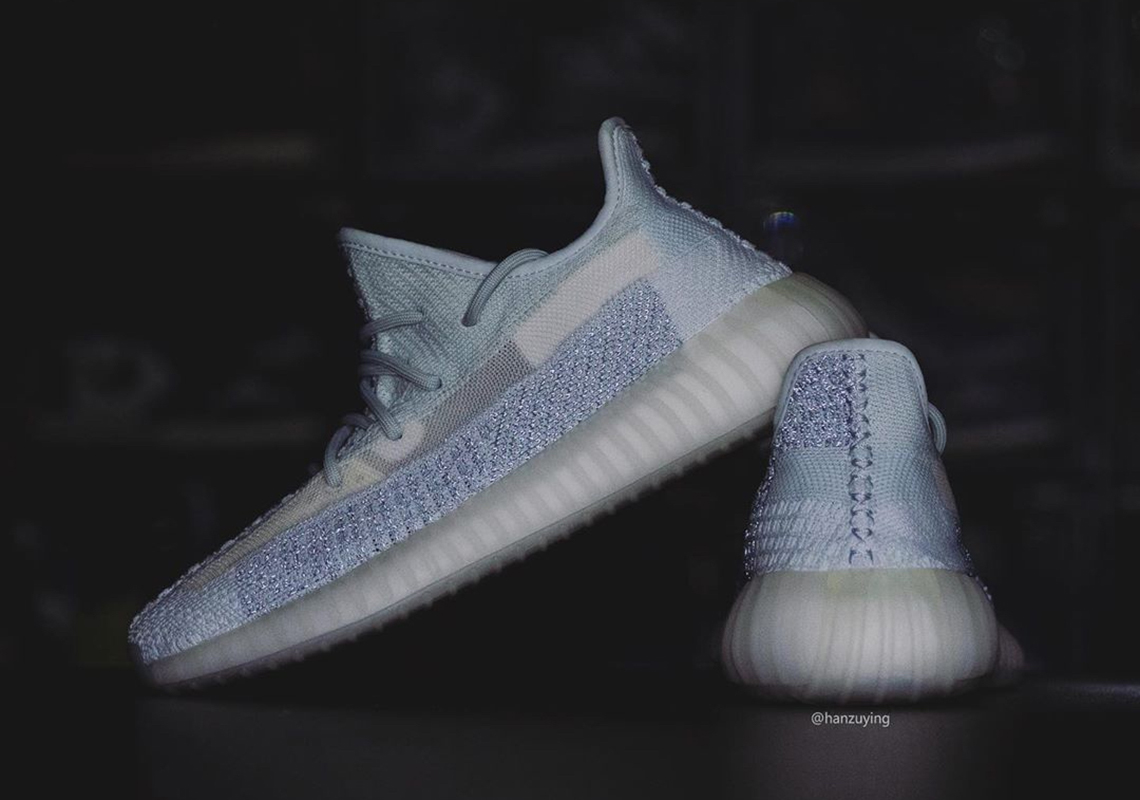 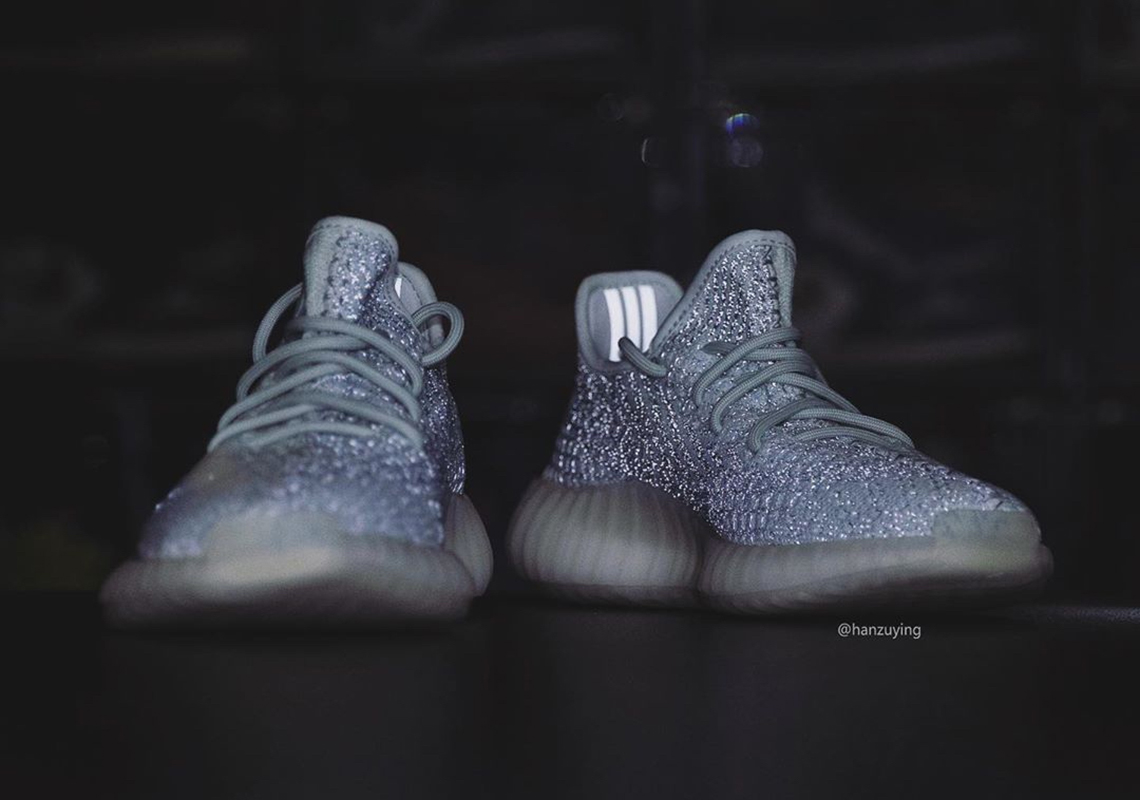 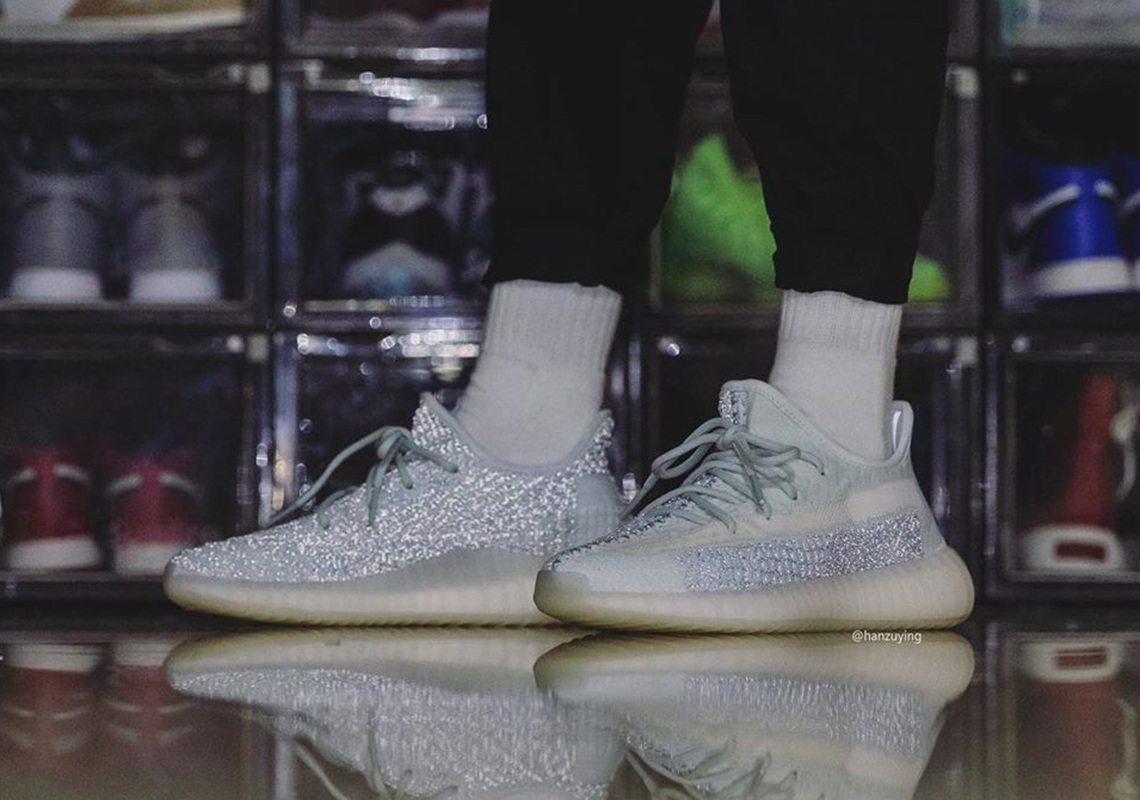 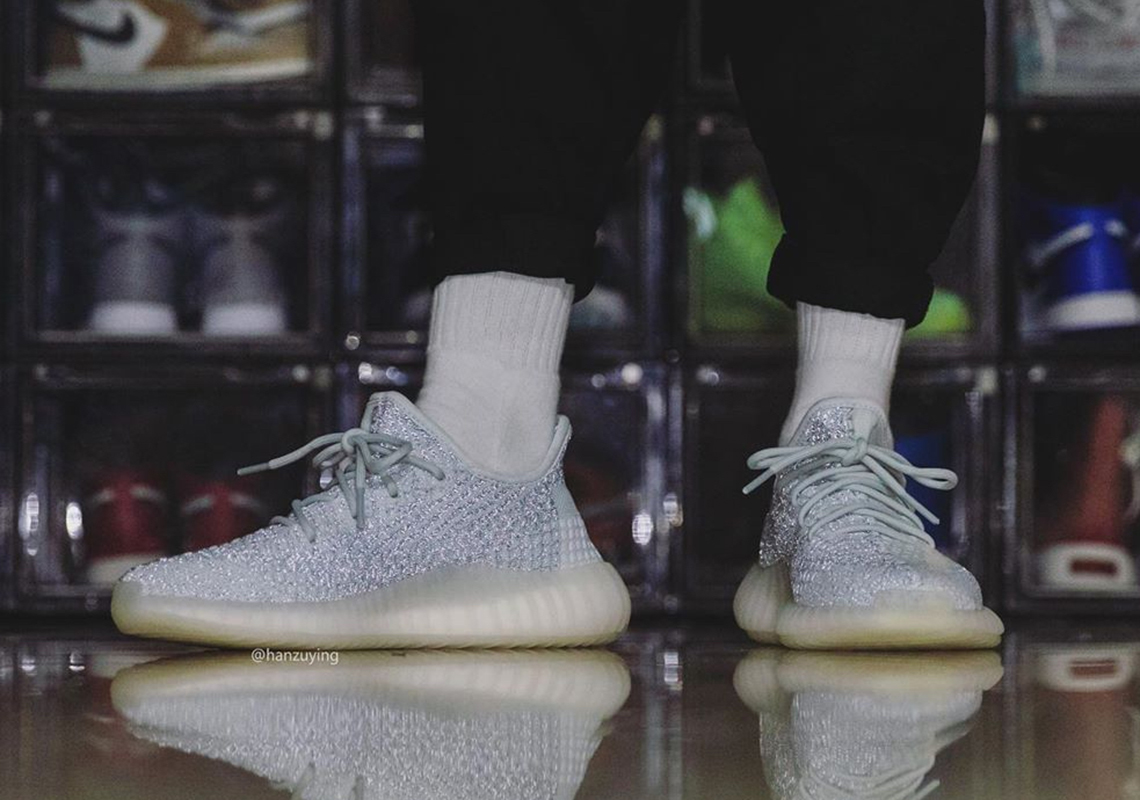 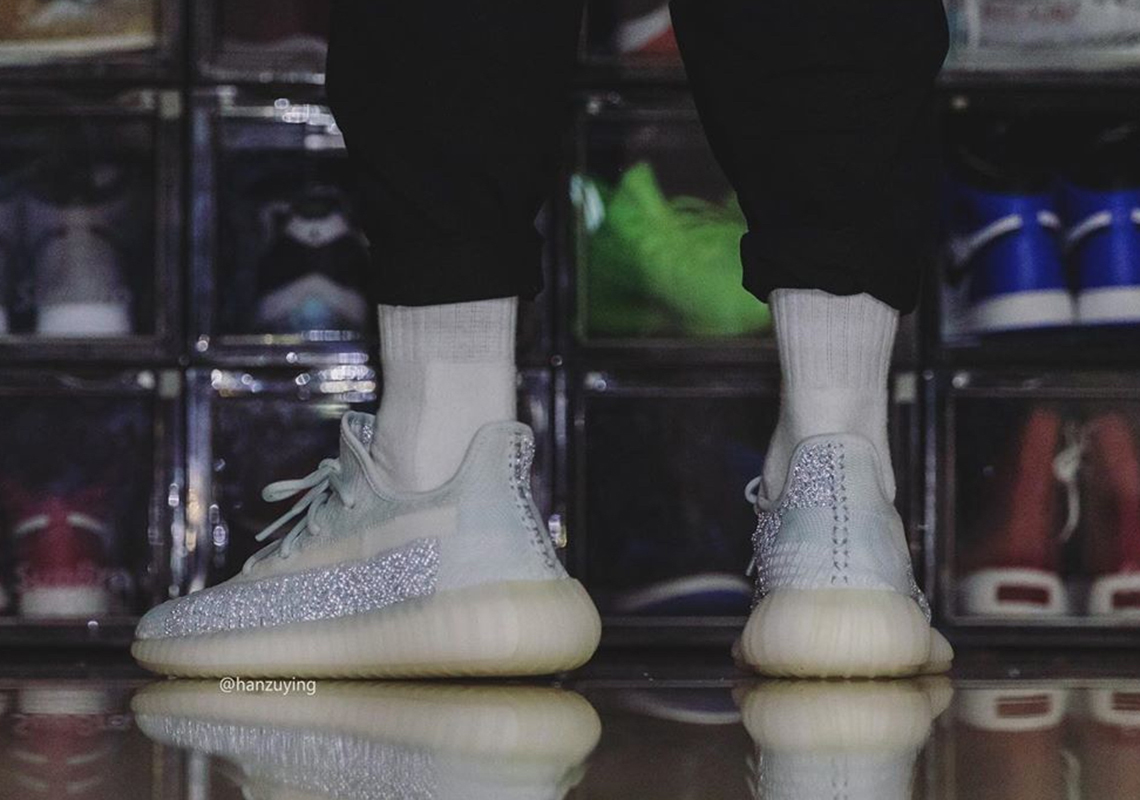 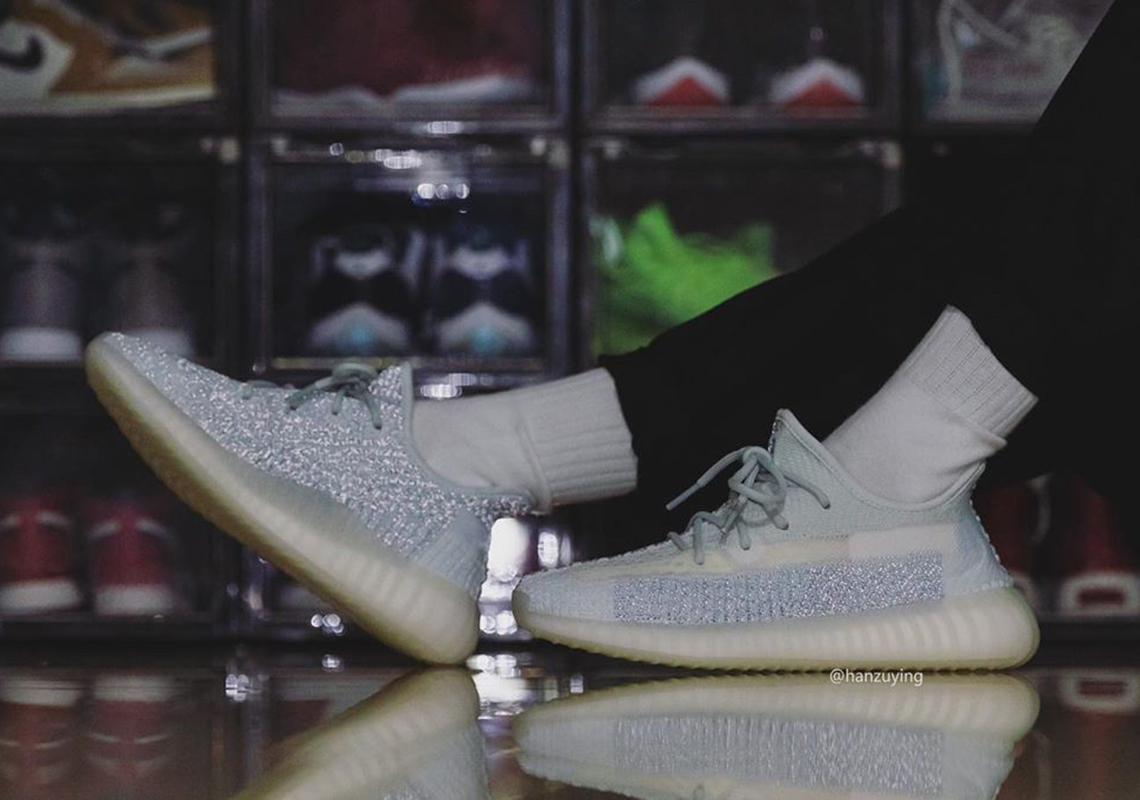 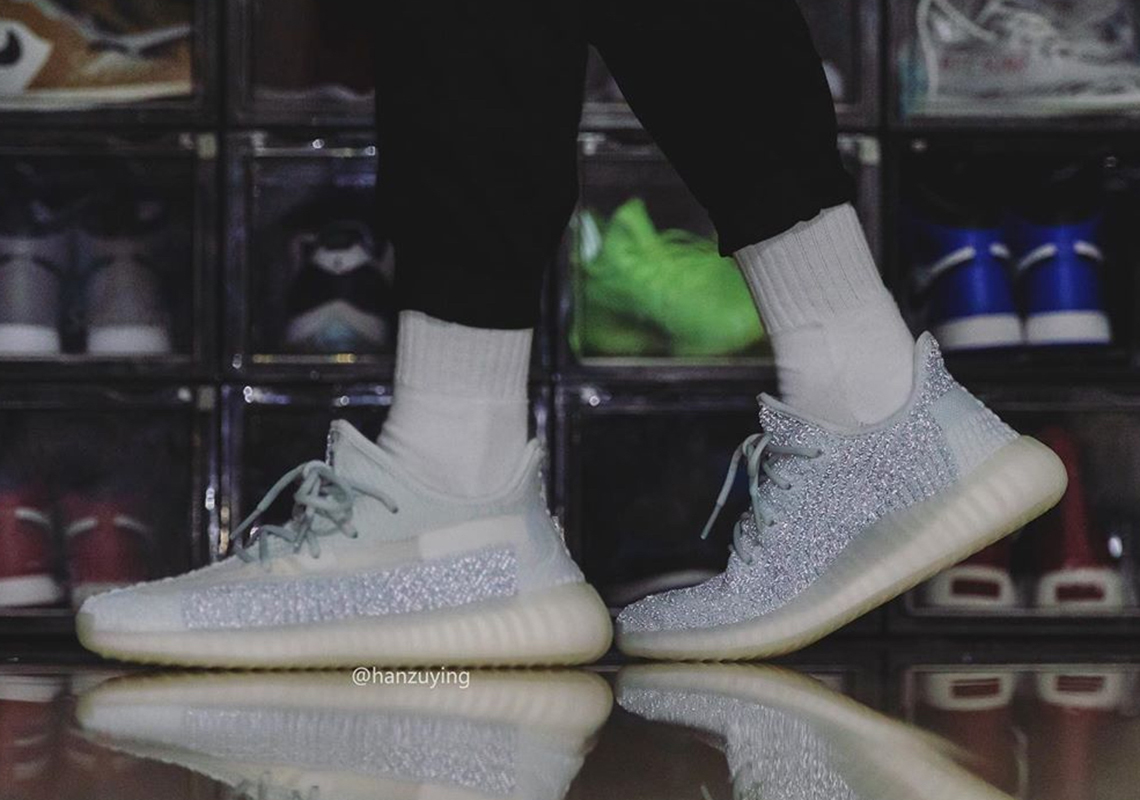 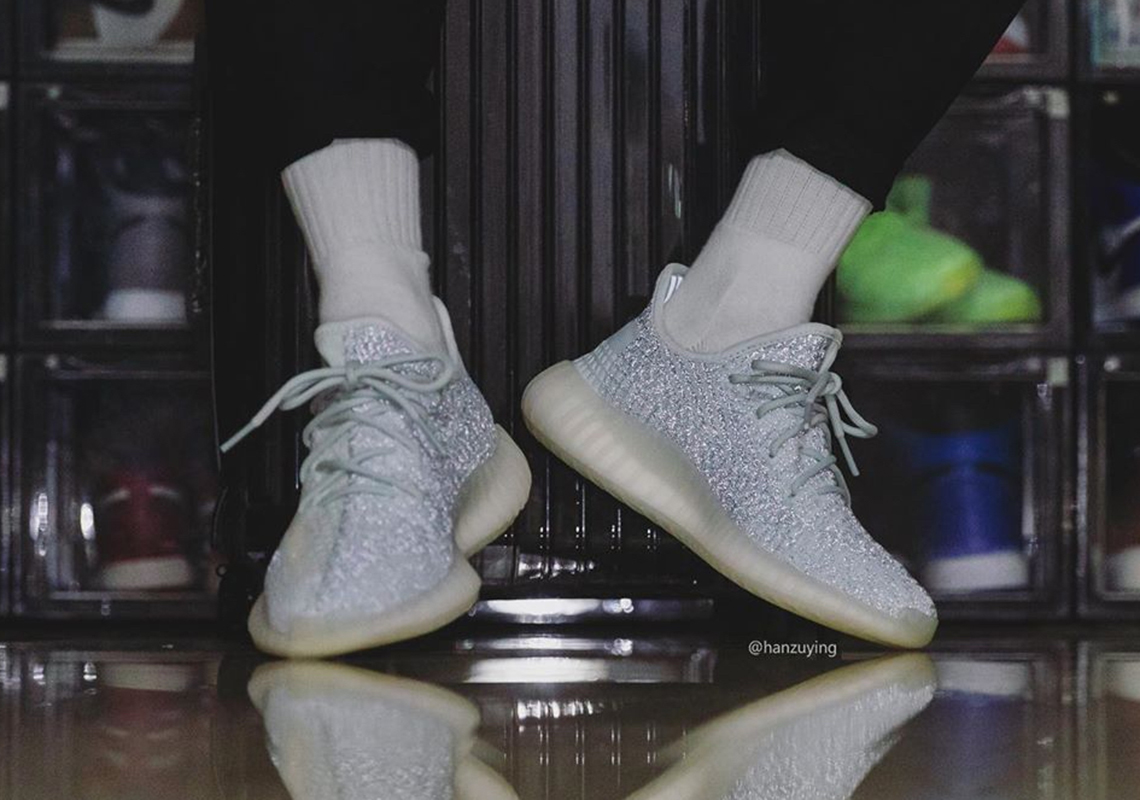 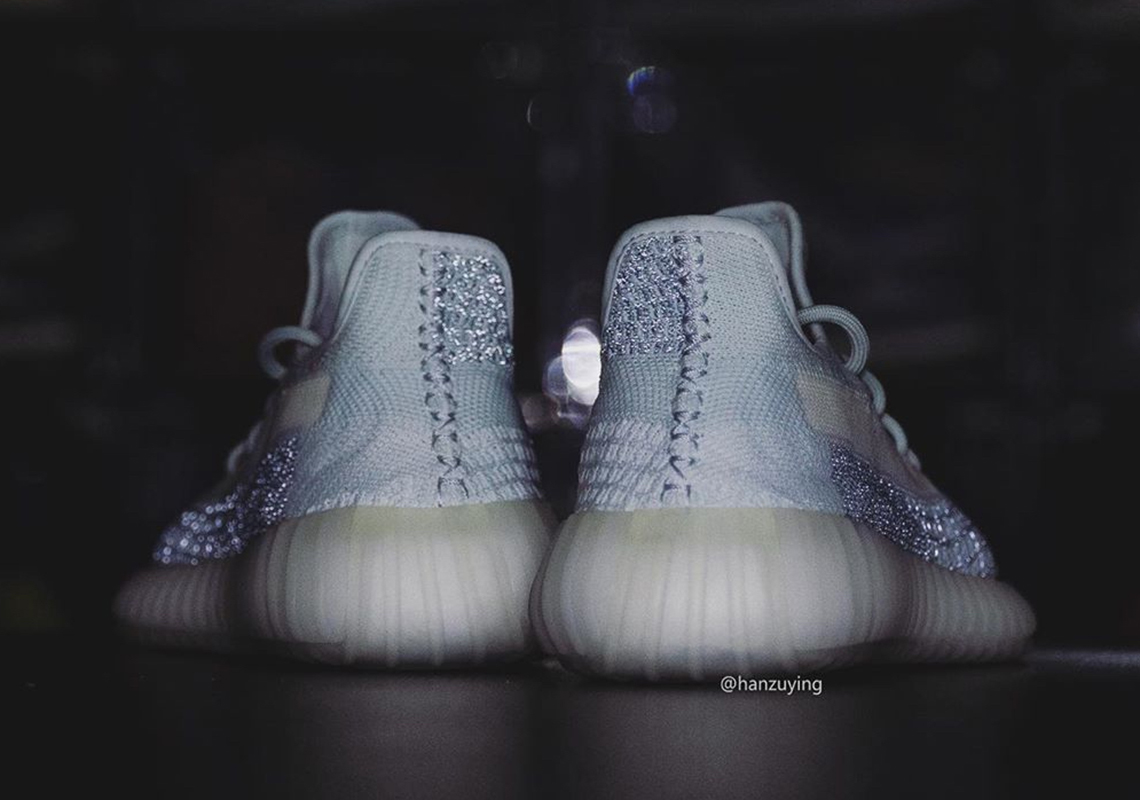