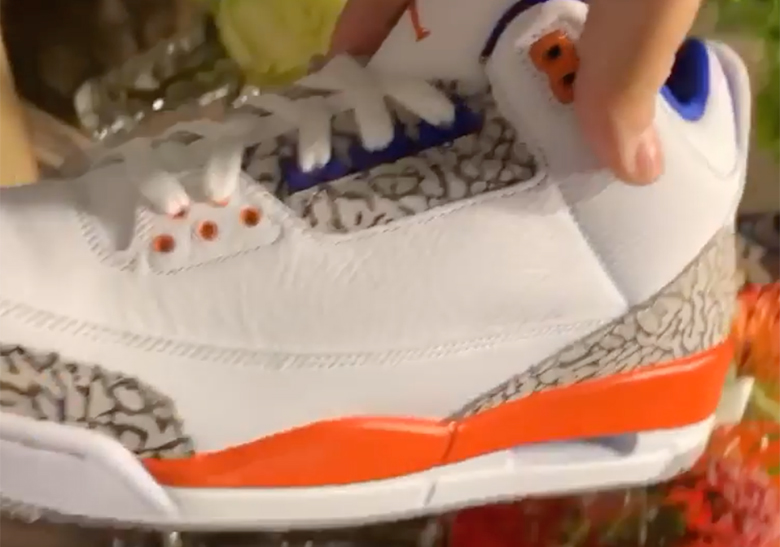 The New York Knicks were one of Michael Jordan’s fiercest Eastern Conference adversaries in the ’80s-’90s, so Jordan Brand is pulling from their signature color scheme for an Air Jordan 3 “Knicks” that was recently premiered by none other than the bombastic DJ Khaled. Following in the team-themed footsteps of the Air Jordan 13 “Lakers” — an earlier nod to another one of MJ’s ’90s rivals — this Knicks AJ3 features a white leather upper that’s accompanied by signature grey elephant print. Royal blue and sporty orange accents are then dispersed throughout to lock in the Knickerbockers-esque stylings. The shoe’s signature detail appears on the inner tongue tag however, thanks to a badge that reads “03.08.88,” a reference to the famous “Virus Game” in which MJ put up 47 points against the Knicks in Madison Square Garden while battling a debilitating stomach virus — all while wearing a pair of the AJ3 “White Cement” to boot. Equally as suitable for Knicks superfans like Spike Lee as they are for MJ aficionados, you can expect these new Air Jordans to release on September 21st, so check out Khaled’s Instagram video below, and stay tuned for more info as it’s available.