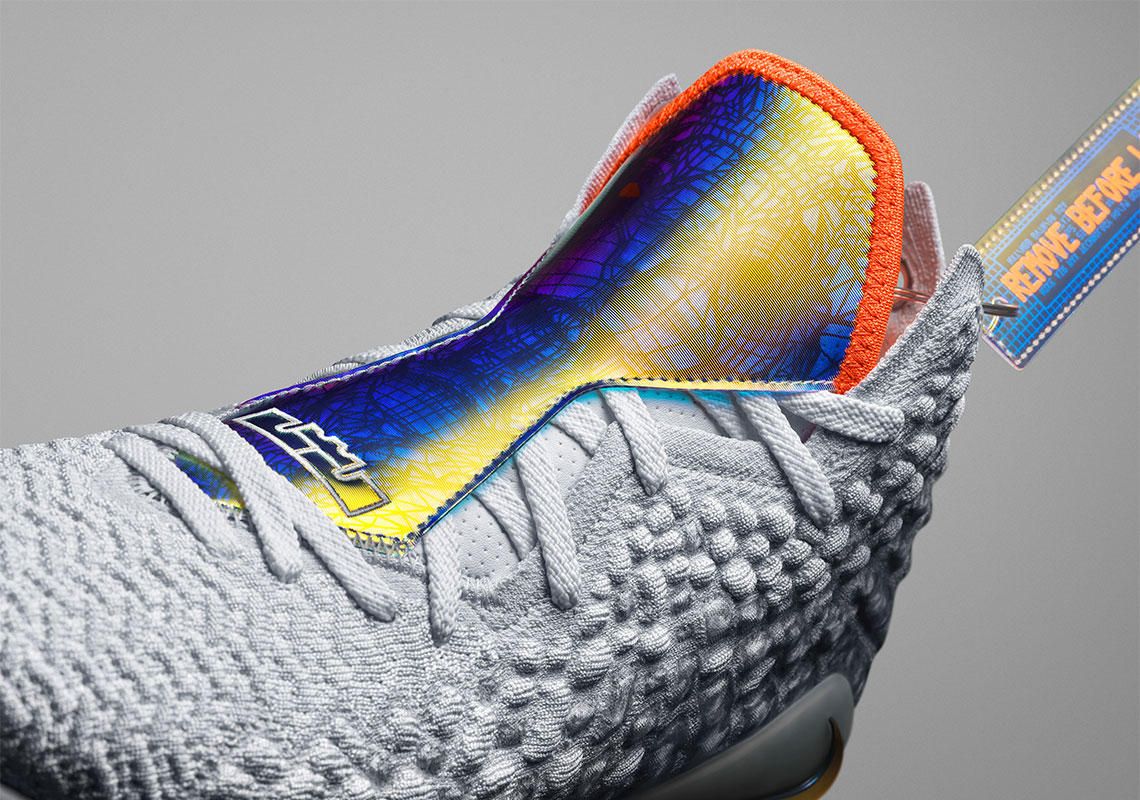 What To Know About The Nike LeBron 17

Much like LeBron James himself, his newest signature shoe is a potent arrangement of performance boasting multiple tools enhanced to the very limits of what’s humanly capable. Officially unveiled today, the LeBron 17 introduces several key evolutionary progressions of Air Max, Zoom Air, and Flyknit, coming together in a total package that both raises the standards while keeping true to the Nike LeBron legacy.

Here’s what’s new with the Nike LeBron 17: it features the largest volume heel Air unit ever on a LeBron shoe, which is visually apparent due to the exploding Air bubble that covers half the sole. Secondly, independent Zoom Air pods sit below the forefoot to complete a fined-tuned support system for a player of LeBron’s finesse/power tendencies. The upper is a newly engineered Knitposite, a combination of Flyknit and heat-molded yarns that add structure and a unique color.

As revealed in earlier previews, the tongue of the LeBron 17 will act as a billboard of creativity. The “Future Air” edition has a full iridescent panel, reminiscent of the visors worn by certain NFL players. The “Lakers” features a molded Lion’s crest emblem with the number 23 in Showtime font. Finally, the black/white edition acts as a historical mosaic of the Nike LeBron saga as it implements key iconography from the last sixteen models.

Today, Nike released the LeBron 17 “Future Air” on SNKRS, but you can expect a launch of the shoes beginning on September 27th. Release date calendars report an October 3rd release date for the black/white pair, so it is possible that the Lakers edition will be the one available next week. 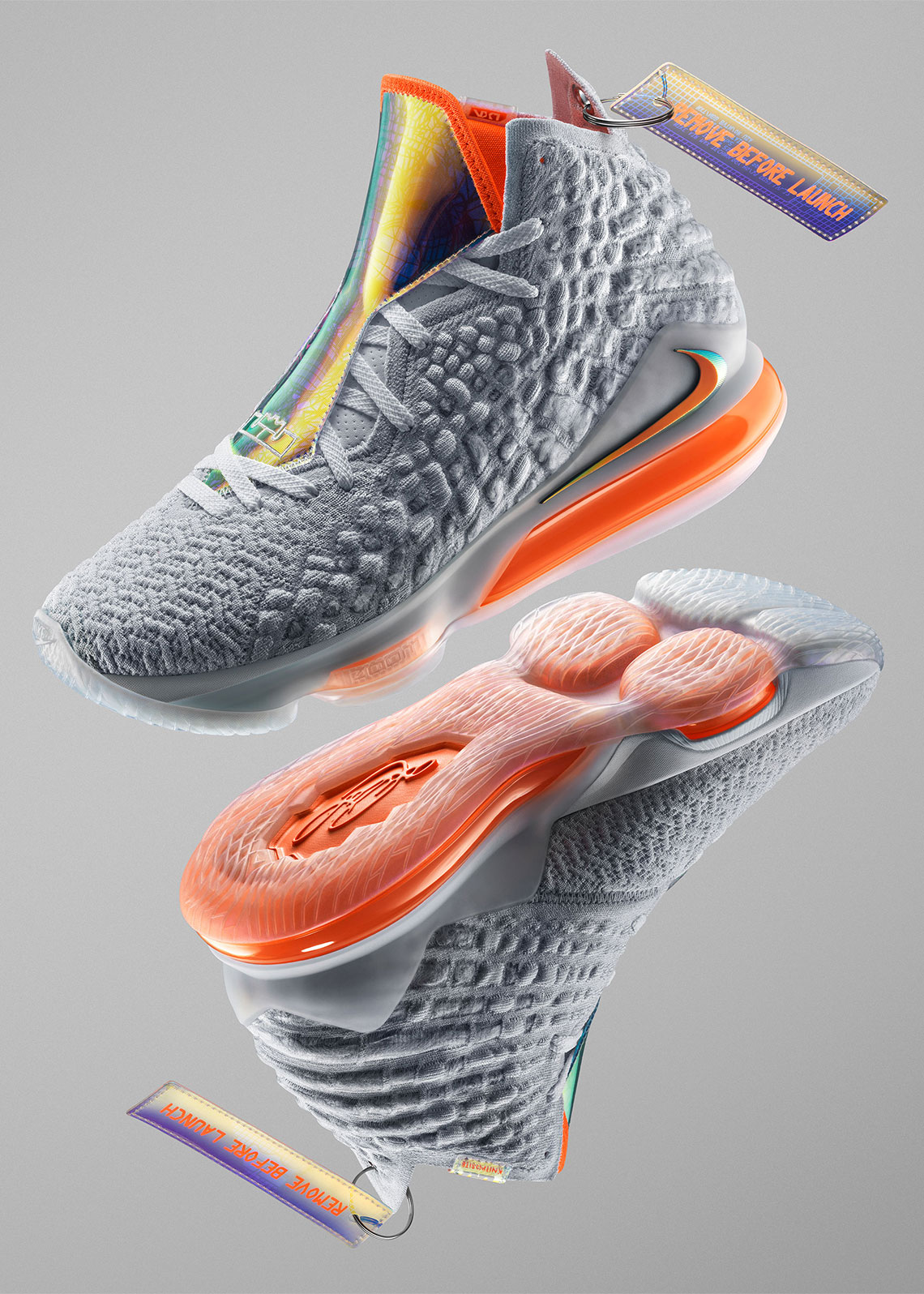 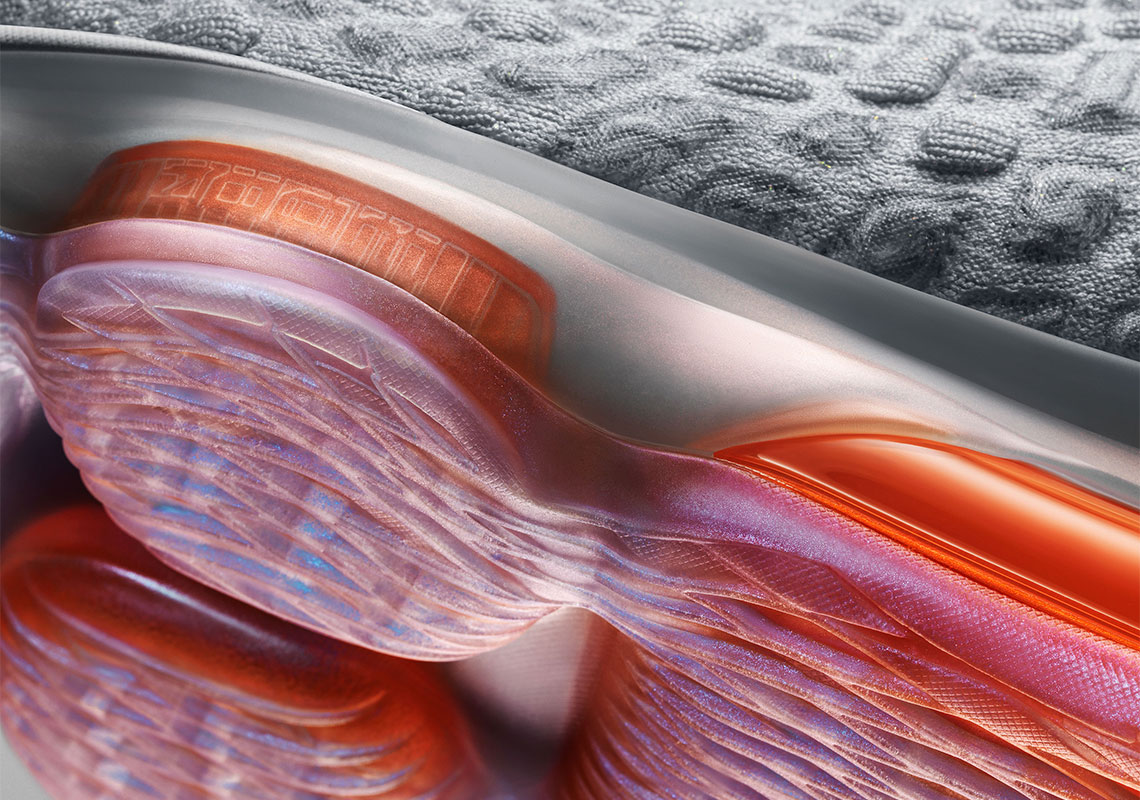 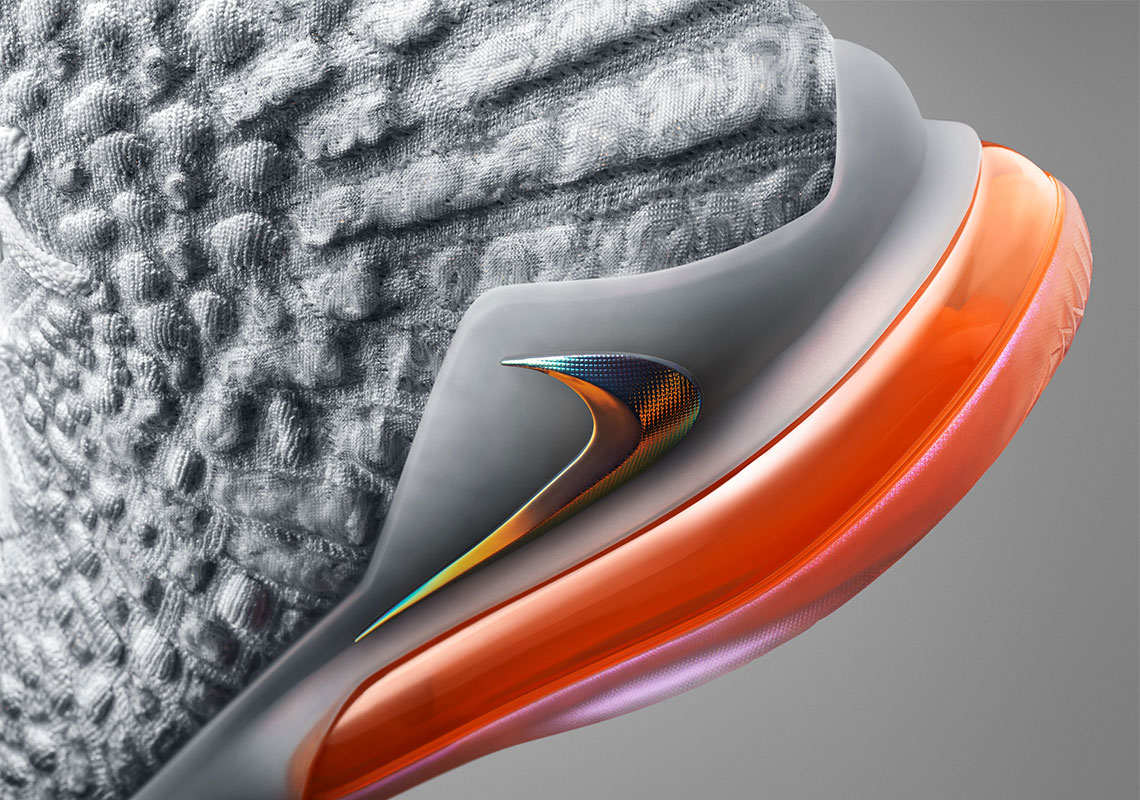 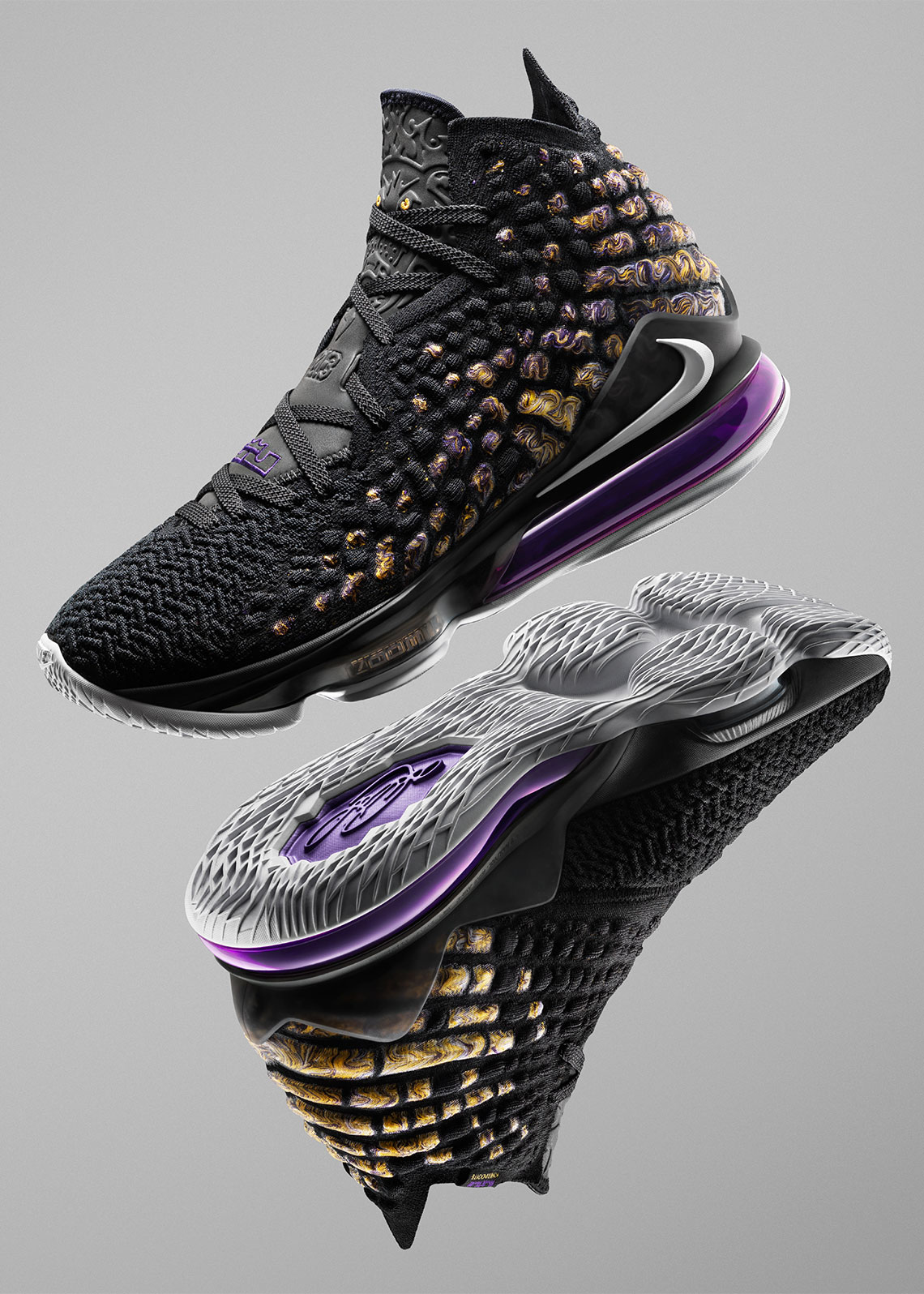 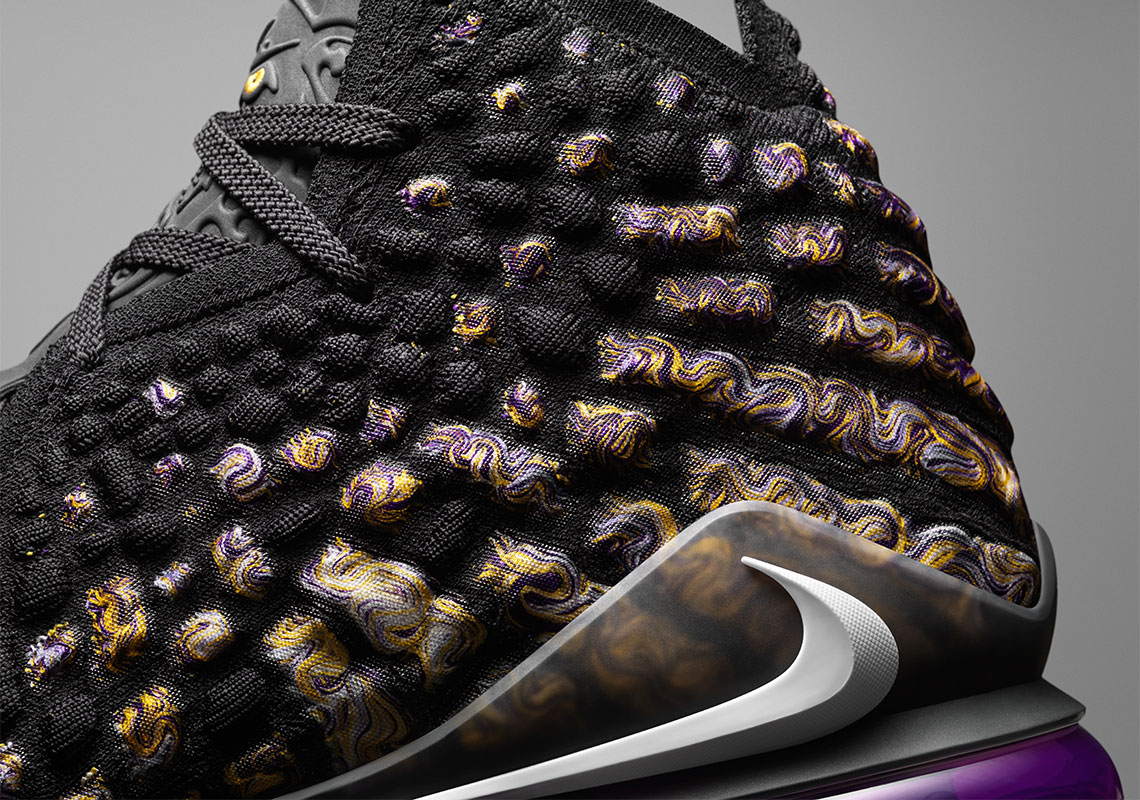 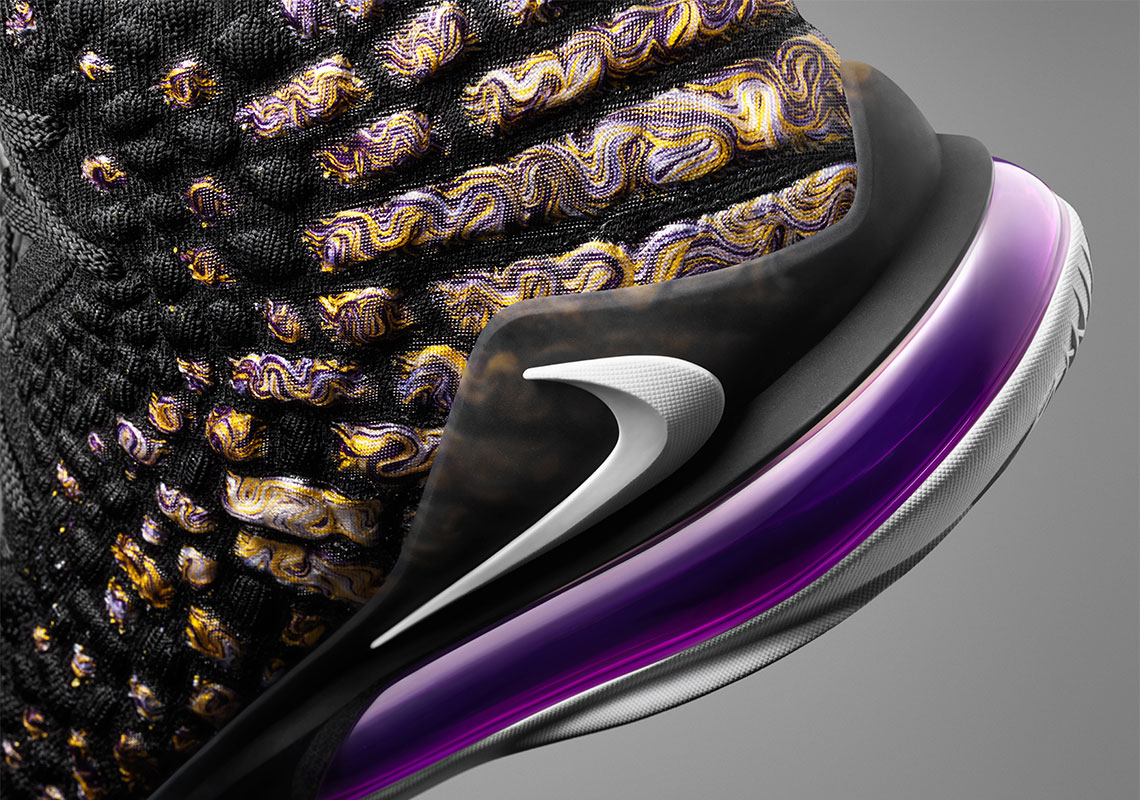 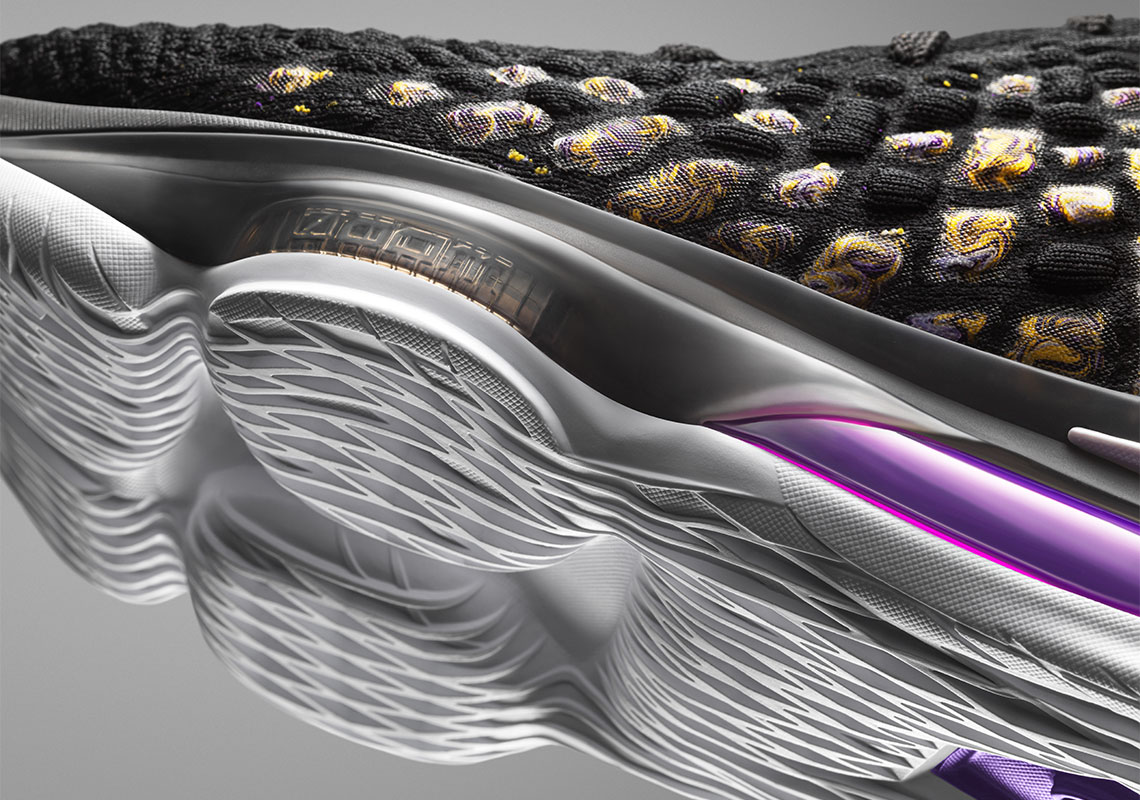 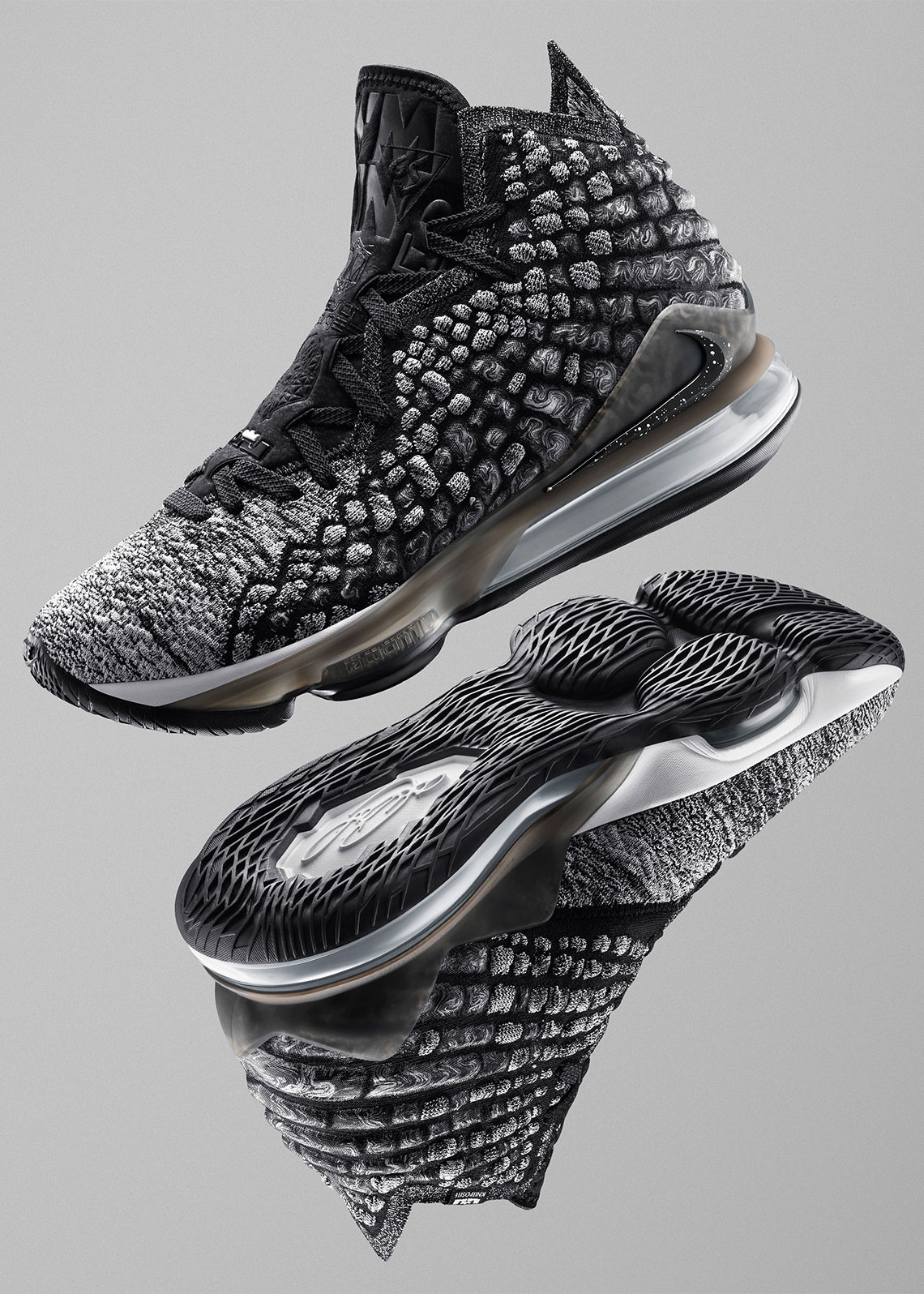 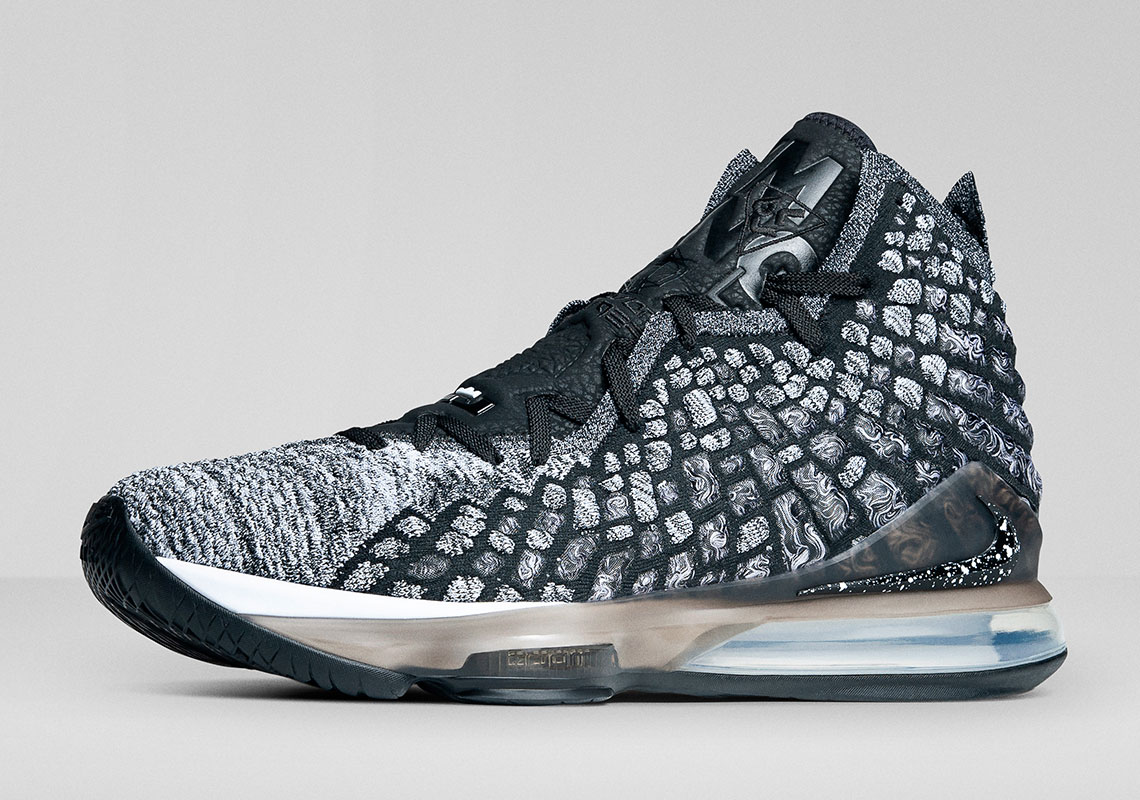 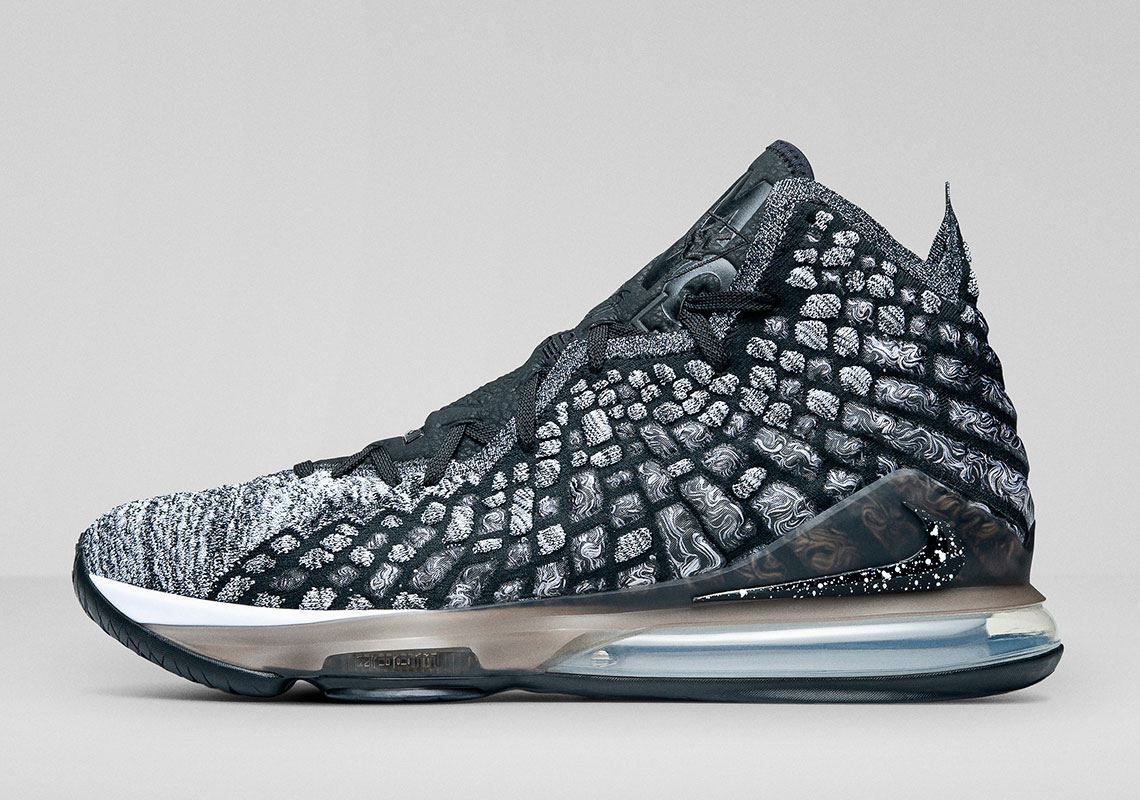 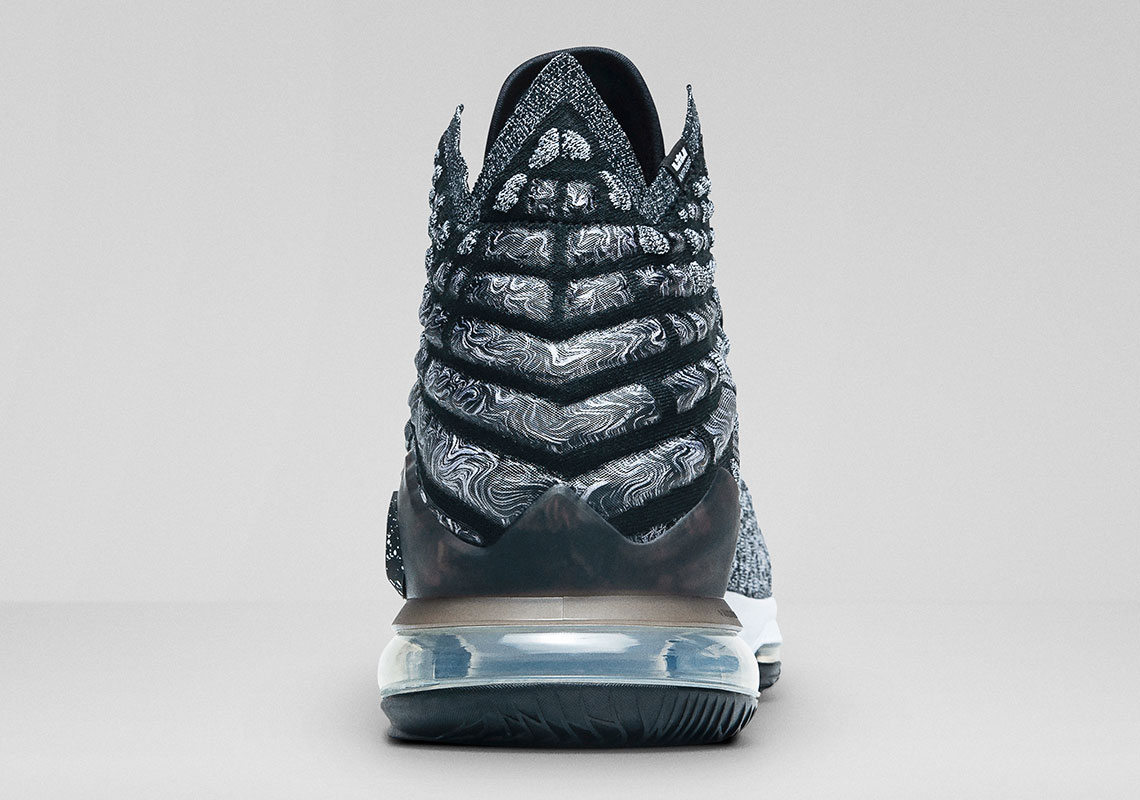 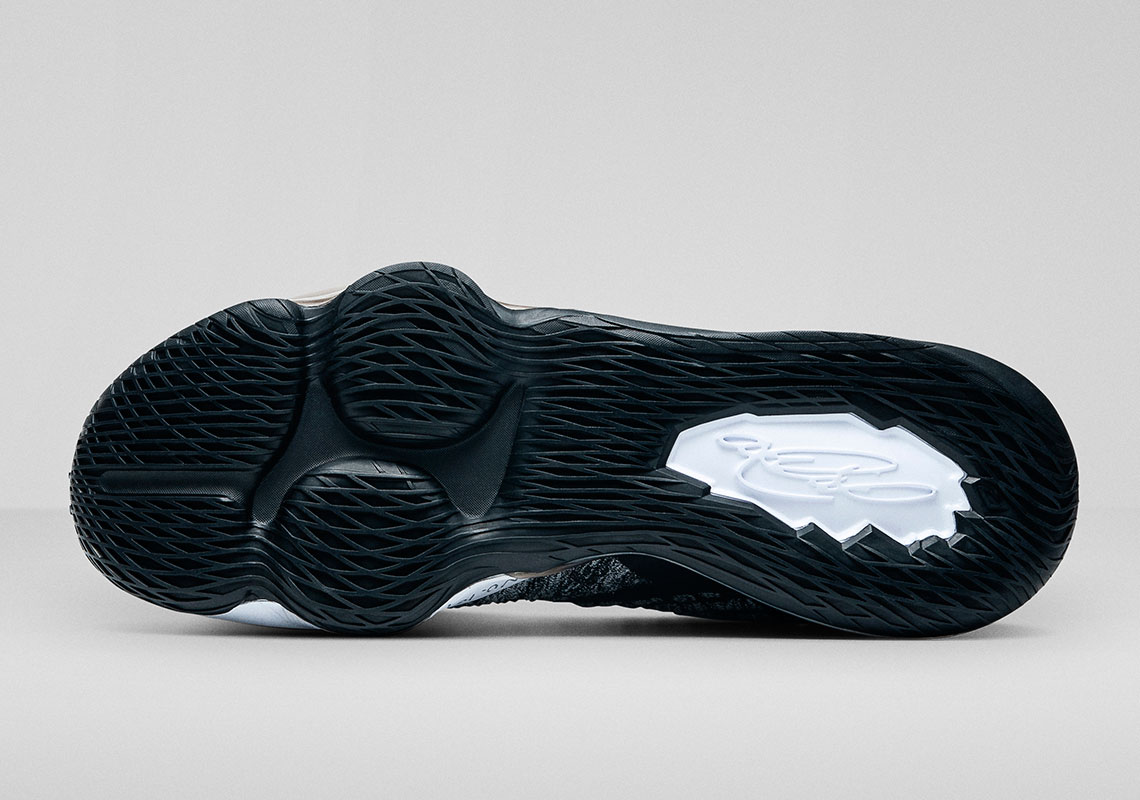 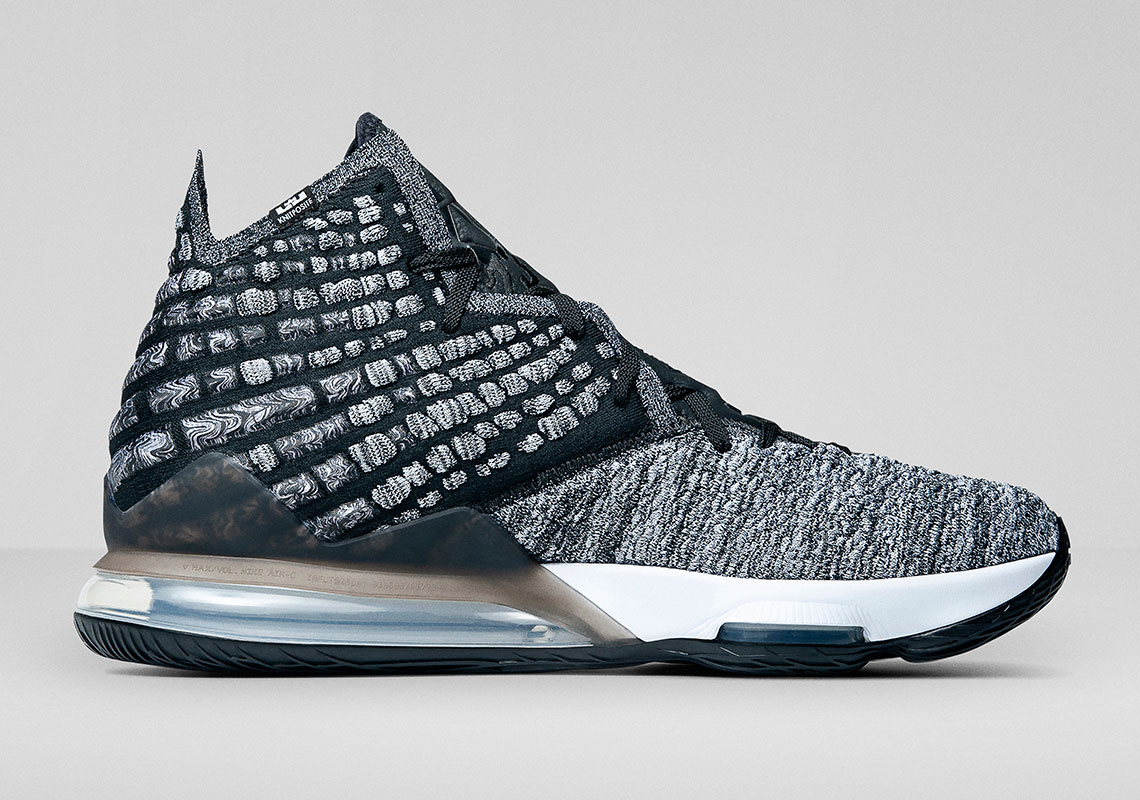 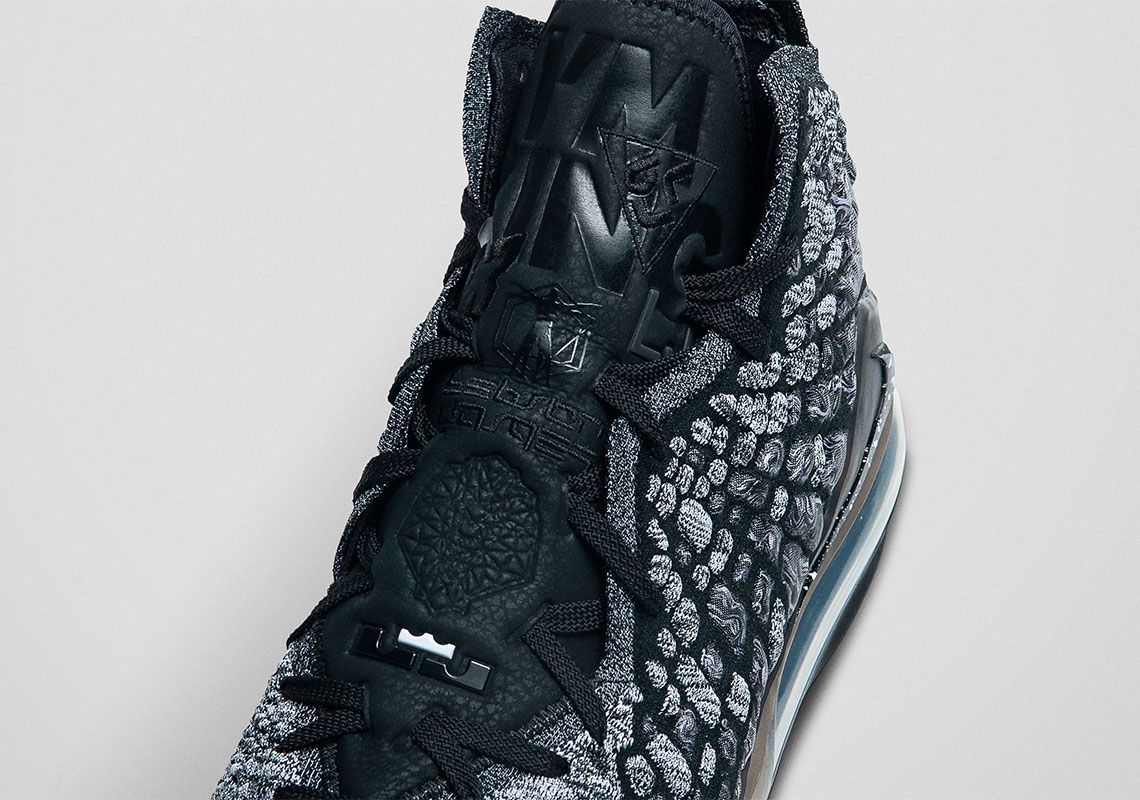 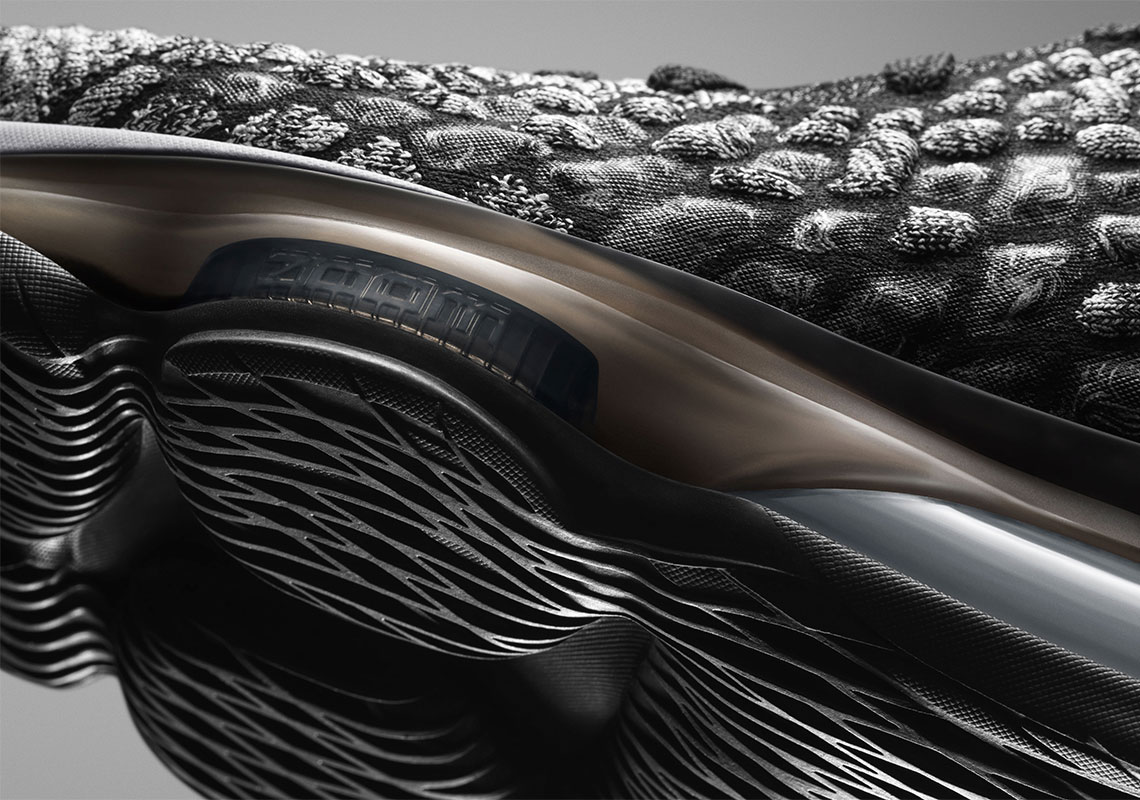 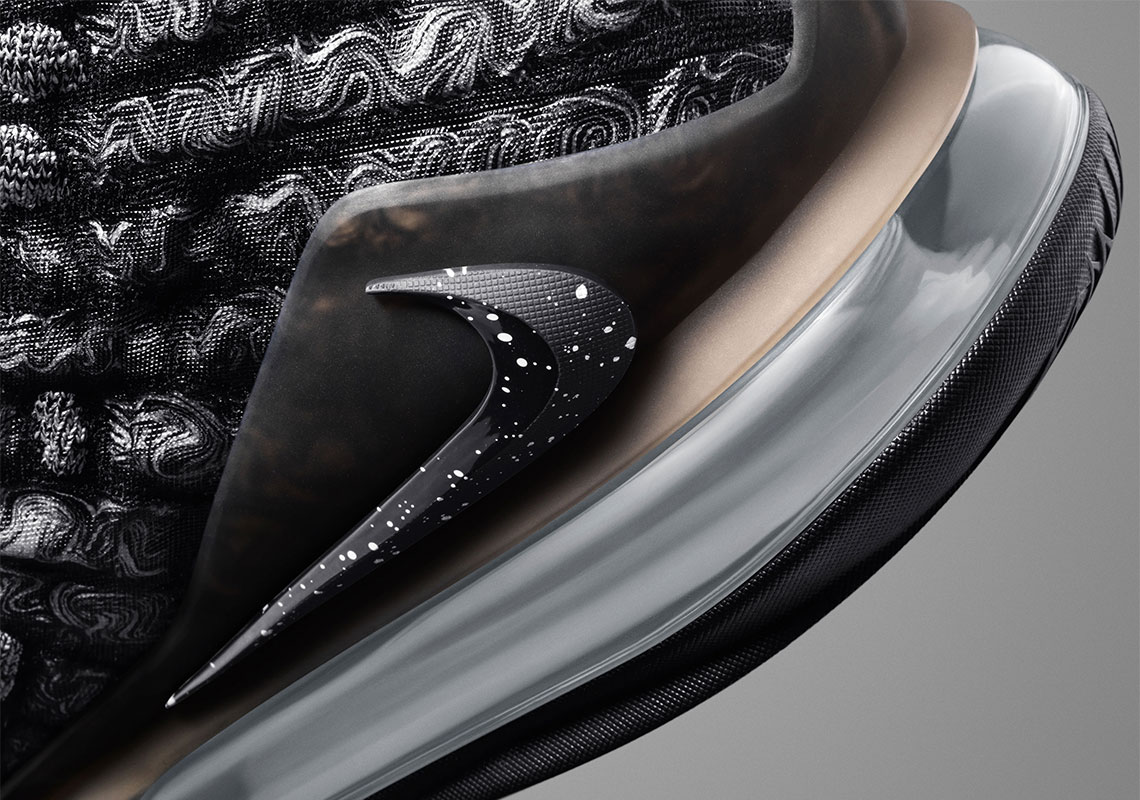