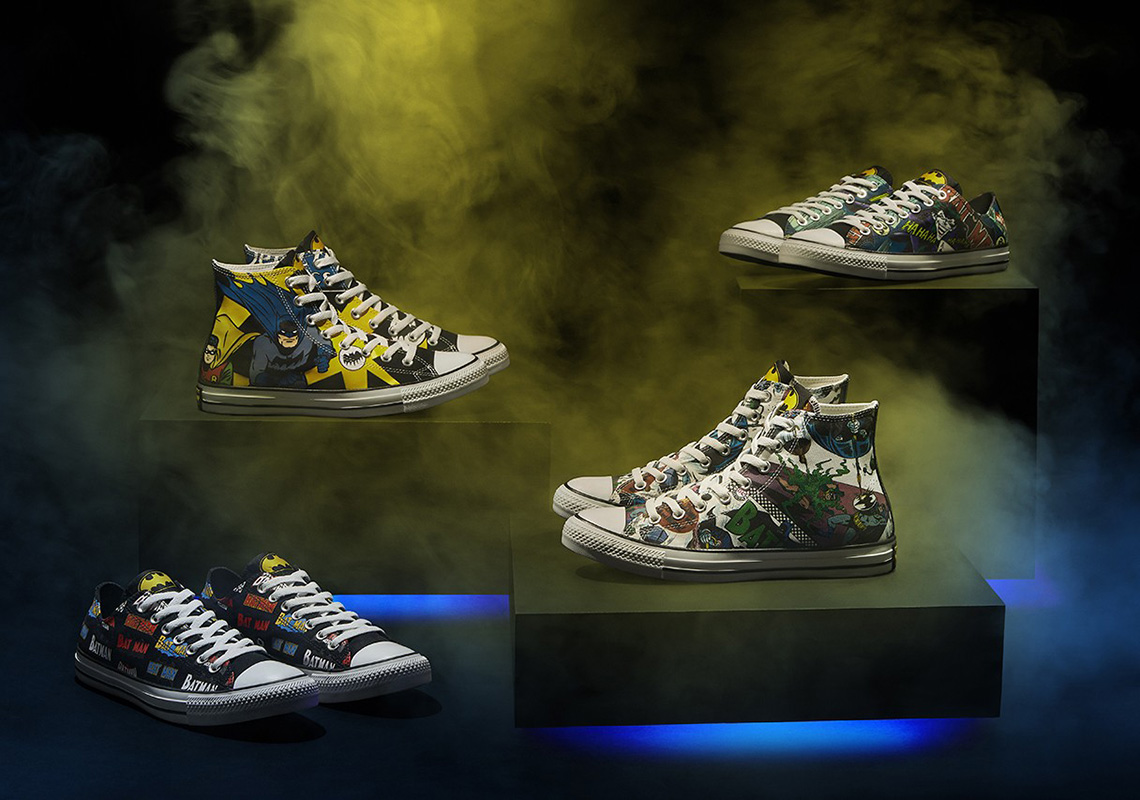 As a love letter to one of DC’s greatest works — and arguably one of the most favorited comic book characters of all time — Converse crafts a full collection in celebration of Batman‘s 80th anniversary, dropping a slew of Chuck Taylors all dressed up in distinct variations of the caped crusader’s signature colors, sidekicks, and imposing rivals. Two Chuck 70 Highs, which are by and large the most simplistic of the entire range, borrow logo lock-ups for its main presentation: hits of the series’ logo finds place next to panels of striking graphics and punchy colors along a black base while the next, whose canvas prefers white shades, dons an all-over variation of just the iconography itself.

Their standard toolings, in their slightly lower profile and sleeker aesthetic, make up for any loss of quality through their much more imaginative visual arrangements. Both sets of highs seemingly transfer classic moments with the boy wonder running alongside on one pair with the next featuring more action-packed altercations of many of their villain’s recognizable weaponry. The lows, however, take things in just slightly different directions with the arch-nemesis Joker make a cameo with stylized type forming “HAHA” around his sinister grin; its accompaniment, with similarities to some of the aforementioned, take a quick tour down the vast amount of title cards the Gotham vigilante has seen since his inception.

Grab a quick look at the whole set right here and find them hitting Converse.com as well as select retailers come October 21st. 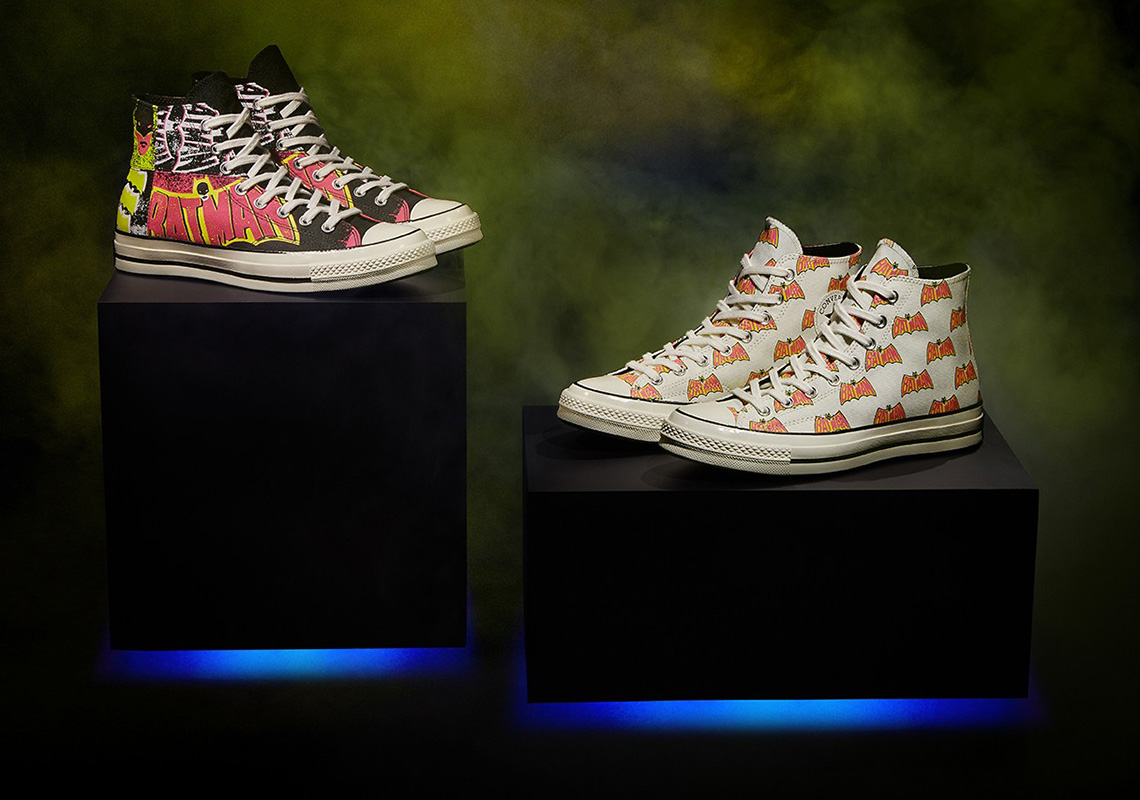 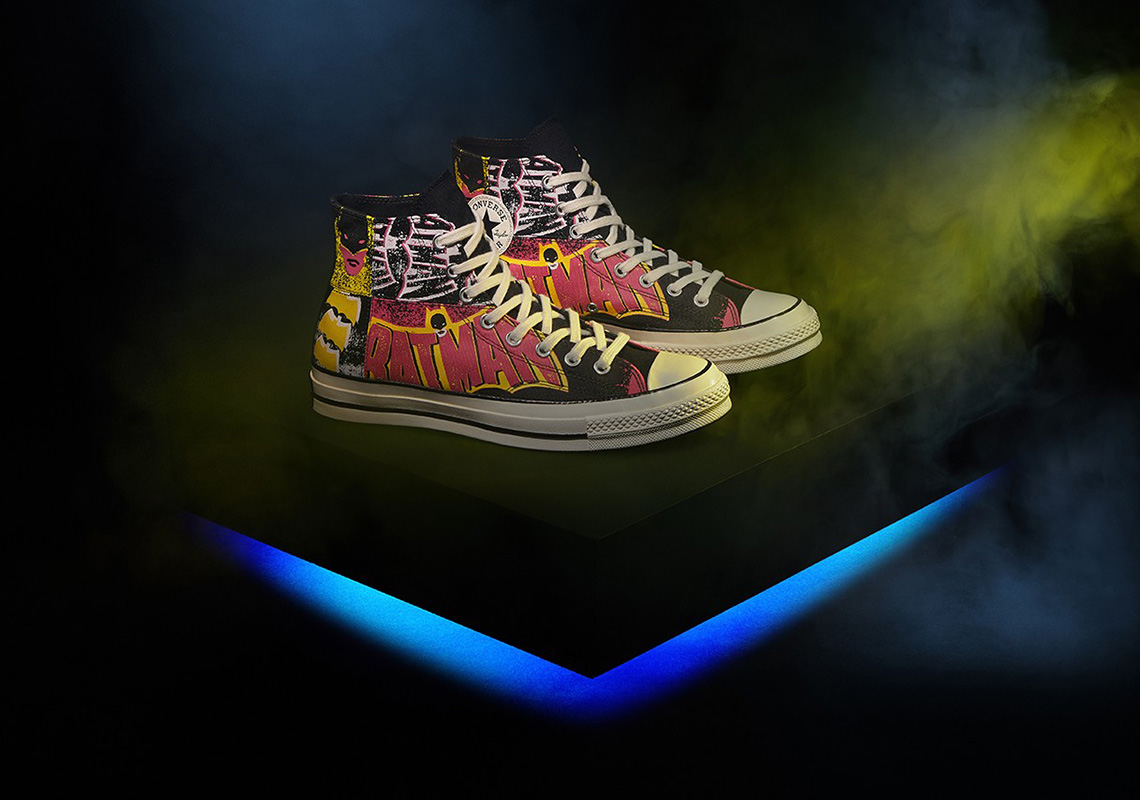 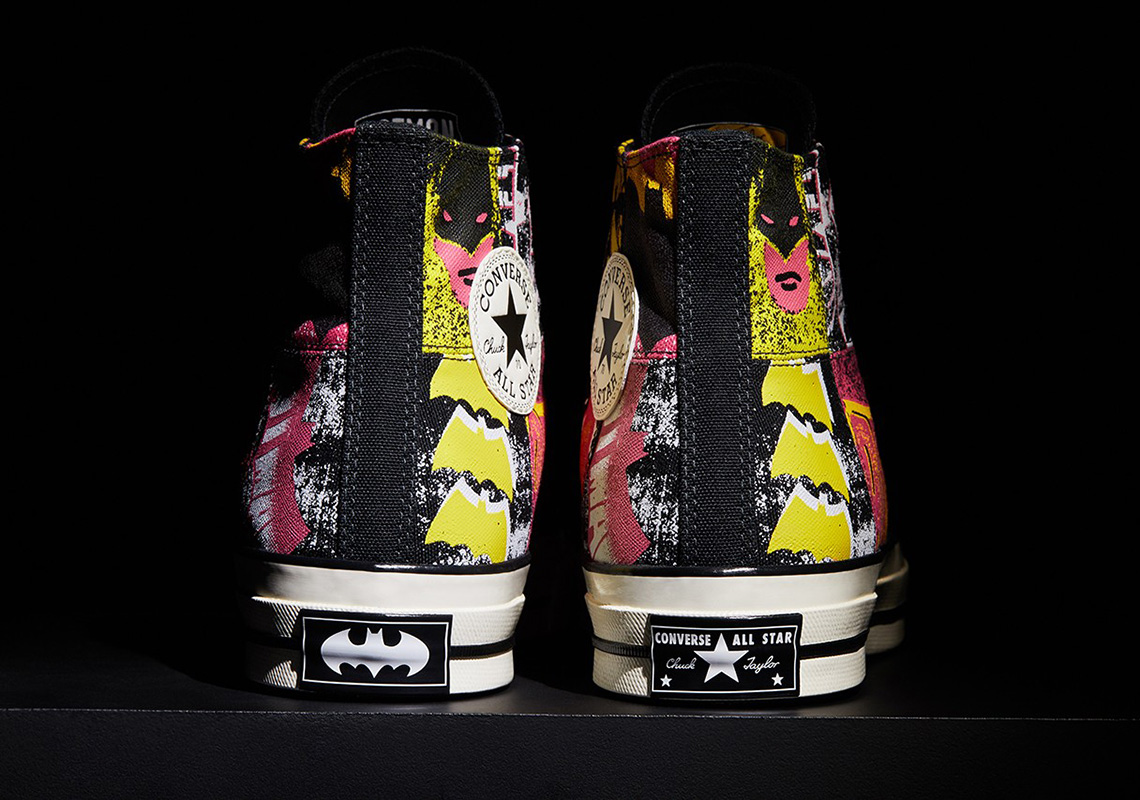 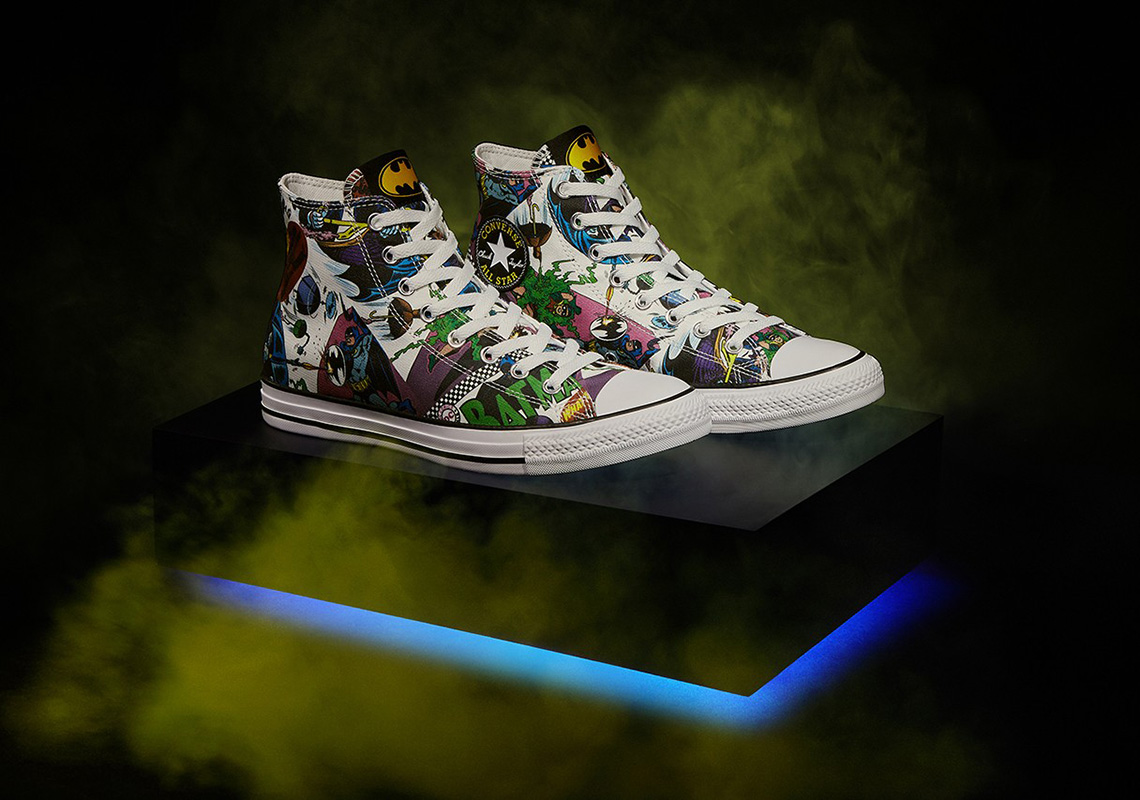 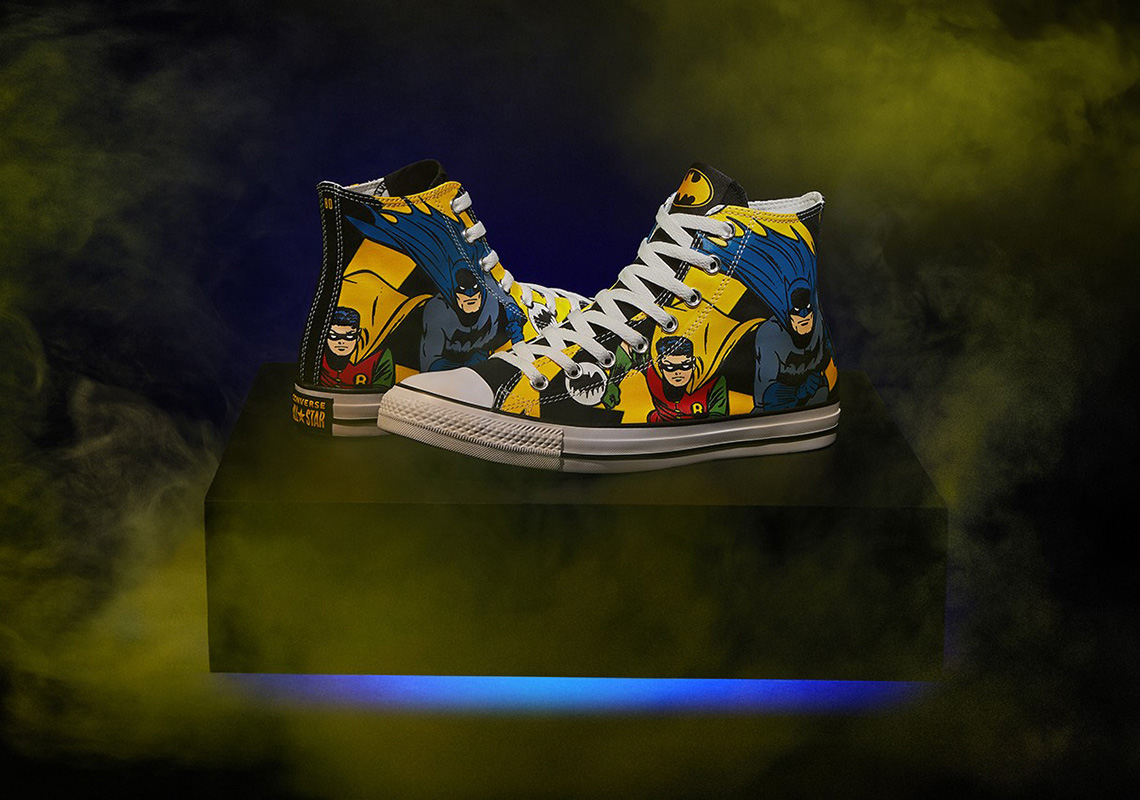 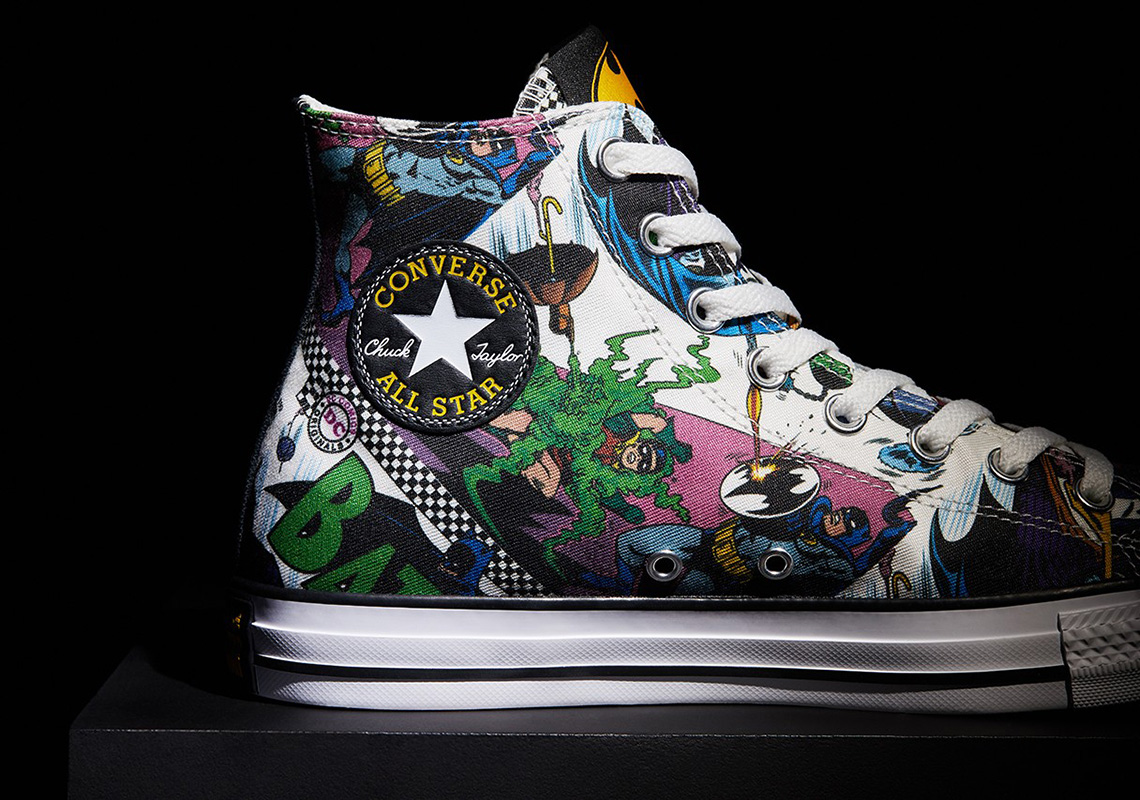 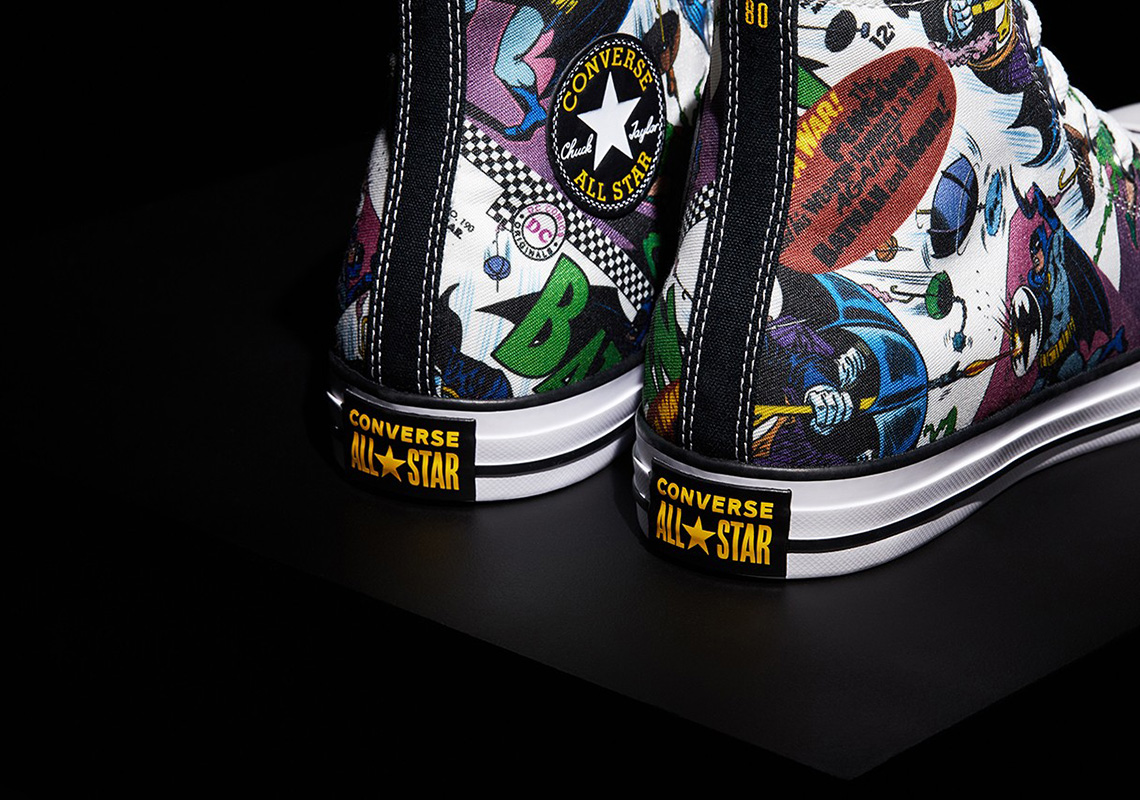 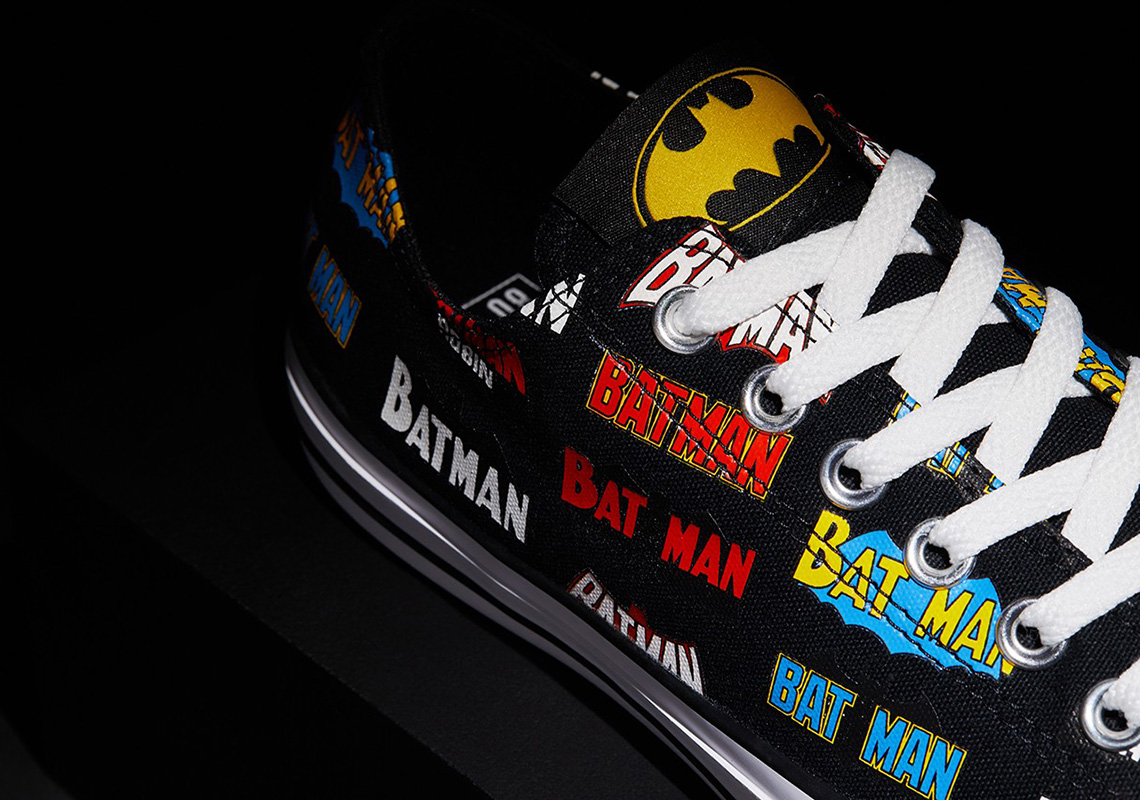 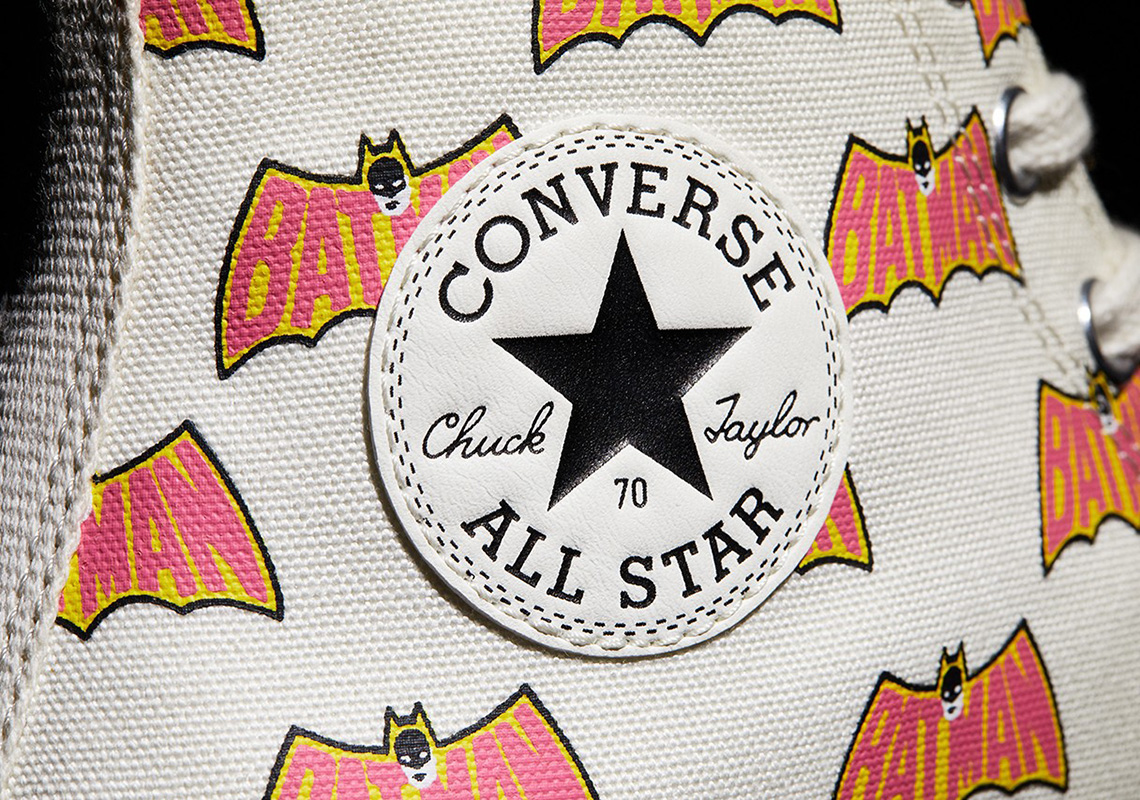 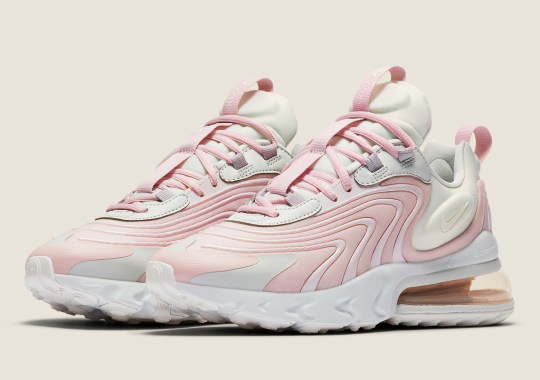 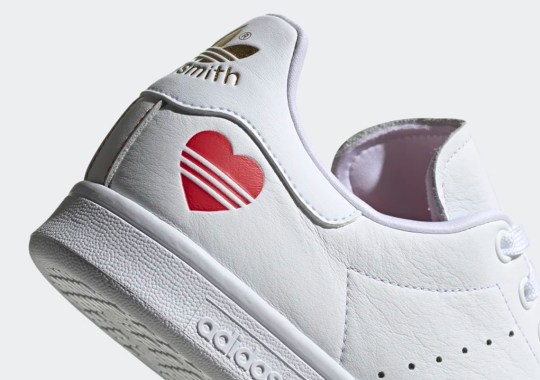