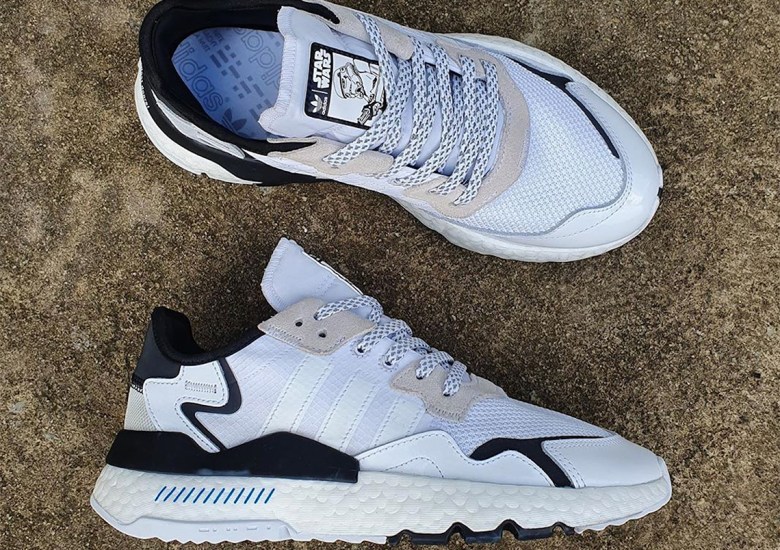 With the Star Wars saga set to close out the year with the highly anticipated release of “The Rise of Skywalker” on December 20th, the iconic series has been sparking some excitement for their fans through their collaborative ventures with adidas. After lending their intergalactic stylings to a full adidas hoops collection, and more recently revealed R2D2 rendition, George Lucas’ epic franchise looks to further increase their character footwear lineup with the welcoming of a brand new Nite Jogger inspired by the Stormtrooper. Color scheme is kept to a minimum with a minimal two-toned black and white palette intended to match the fictional soldier’s uniform. In addition, appropriate accents arrive via tiny blue lines laid upon the Boost-infused midsoles alluding to their helmet designs, in addition to heel embellishments with with “Open the blast doors” arriving on the left shoe and “Set to stun” on the right foot nodding to their traditional phrases communicated during combat. Furthermore, co-branded tongues feature an outlined etching of the dark sided character to round off its galaxy motif. Expect these to roll out on adidas.com at at select retailers, and grab a detailed look at the pair here below. 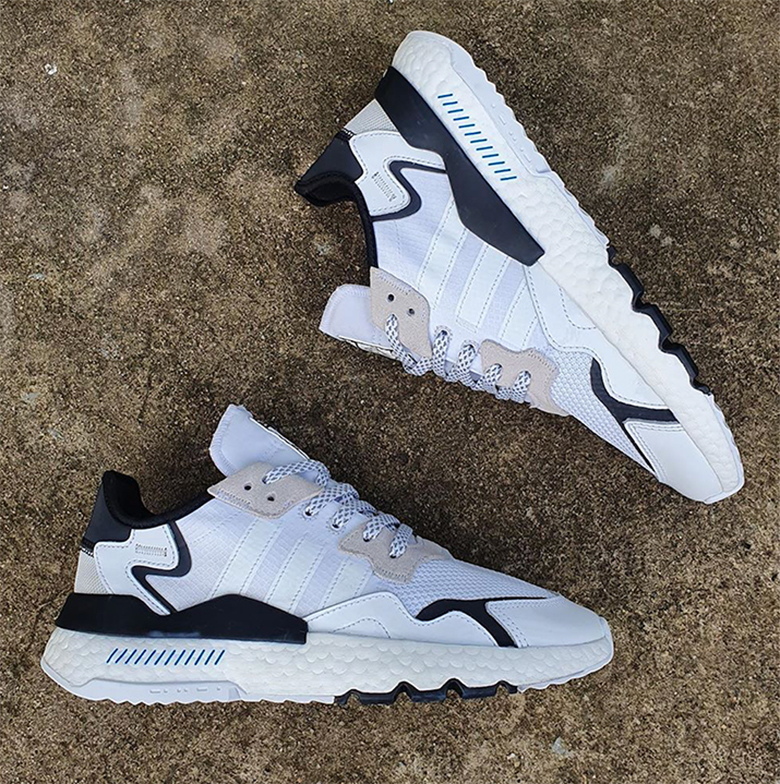 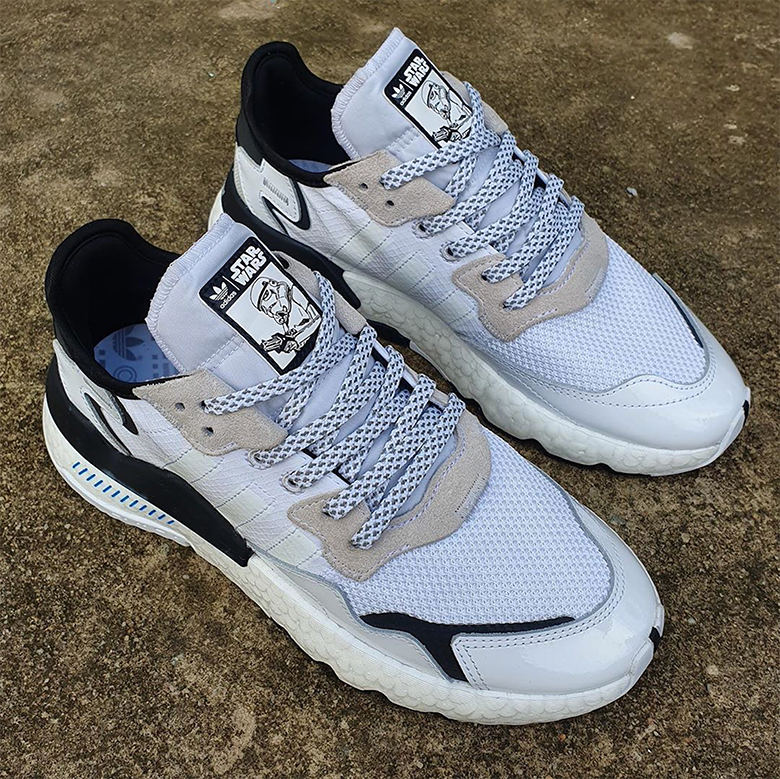 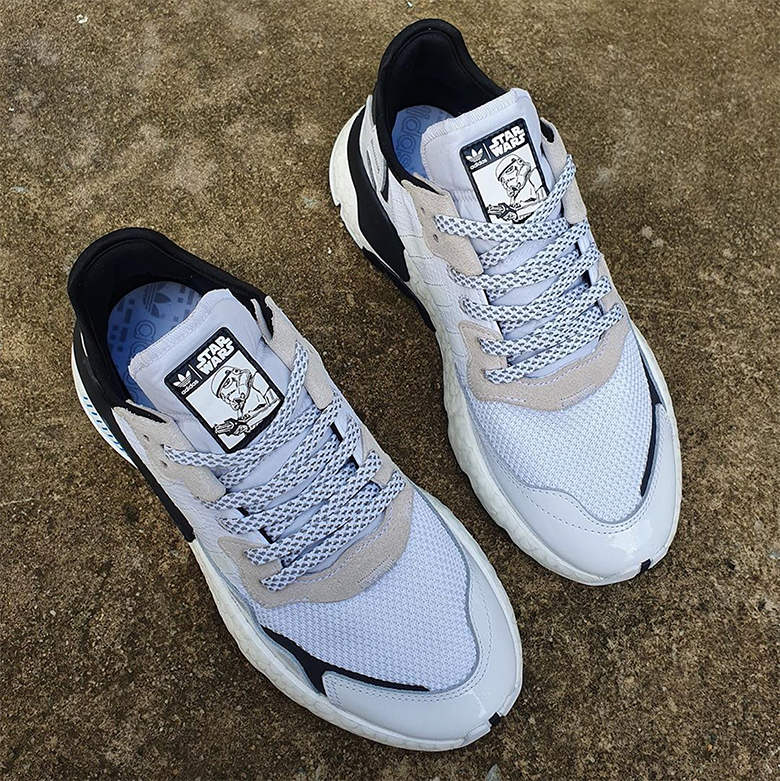 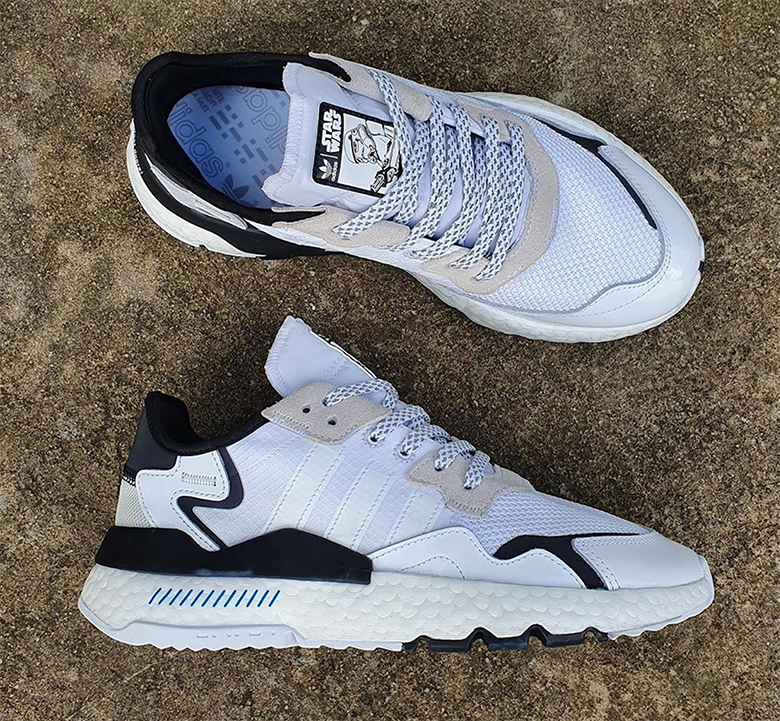 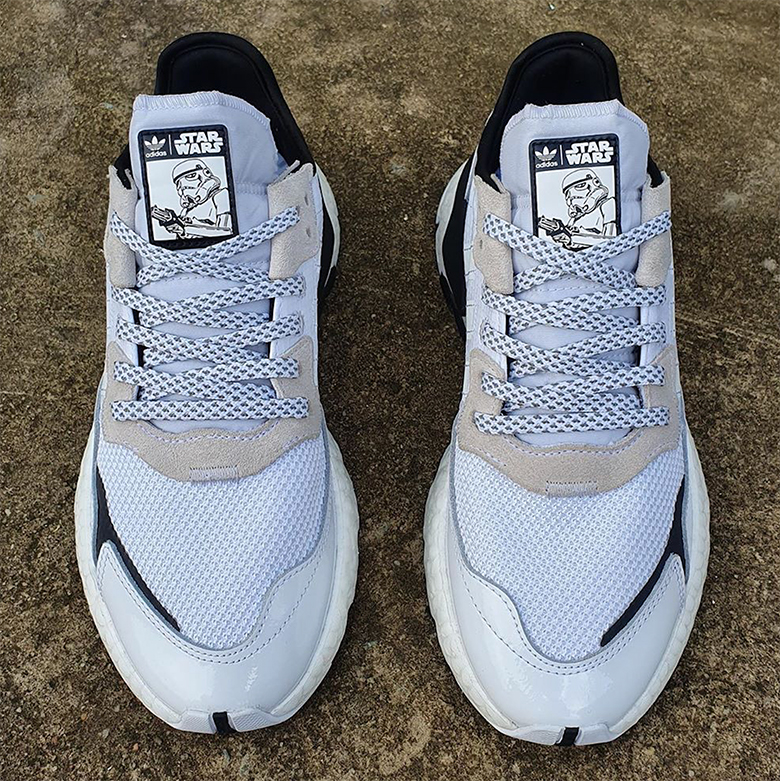 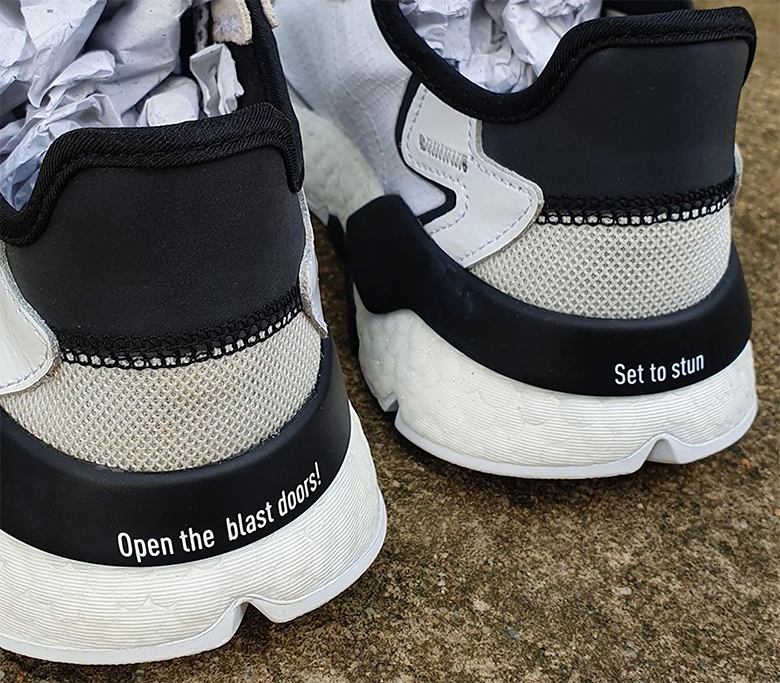