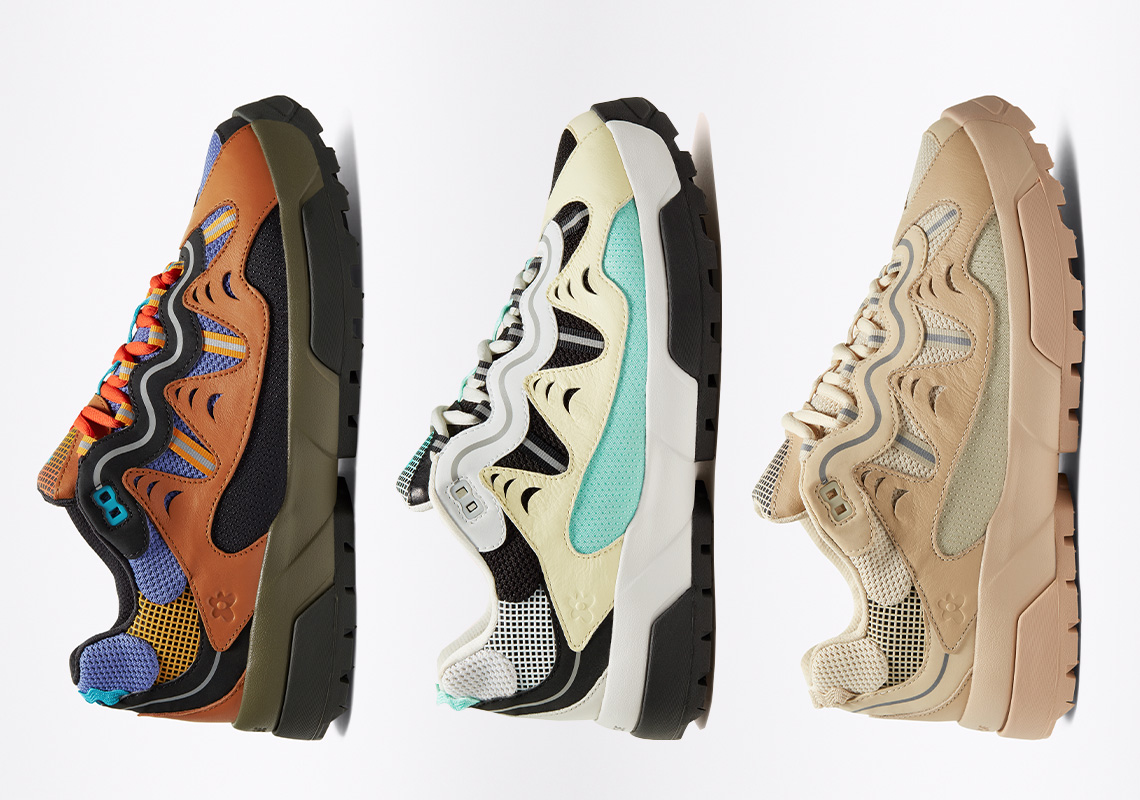 Tyler, The Creator And Converse Usher In A New Model Called The GLF Gianno Ox

Never once compromising his creative vision, Tyler, The Creator has always put in 100% effort from way back to his Odd Future days, directing, designing, and composing a myriad of self-expressions in different forms. Starting his own streetwear imprint and then leaving Vans to pursue a now long-running Converse collaboration, the multi-hyphenate has crafted one of the most recognizable silhouettes of the Boston label’s large repertoire of offerings with another now arriving under the Golf Le Fleur Gianno namesake, a word chosen simply because he thinks it sounds good in his lyrics. Distinct and worlds away from his One Star inspired creation, the pair ostensibly borrows from close friend ASAP Rocky and his own works as it takes an almost oversized shape akin to a dad shoe though thrusted through a lens of outdoors sneakers. Three options — either a bright cream, a brown-tinted multi-color rendition, or a similarly colorful option with white bases — fill out the aggressively shaped leather overlays, textural mesh and grid unders, and strewn about webbing of reflective detail. Sole units reinforce with performance treads in a bulk that compliments the overall upper, finishing a pair truly worthy of the artist’s overwhelming unique personality. Grab a detailed look at both right here and find them rolling out to select retailers and surely Converse.com on November 11th for $130 USD. 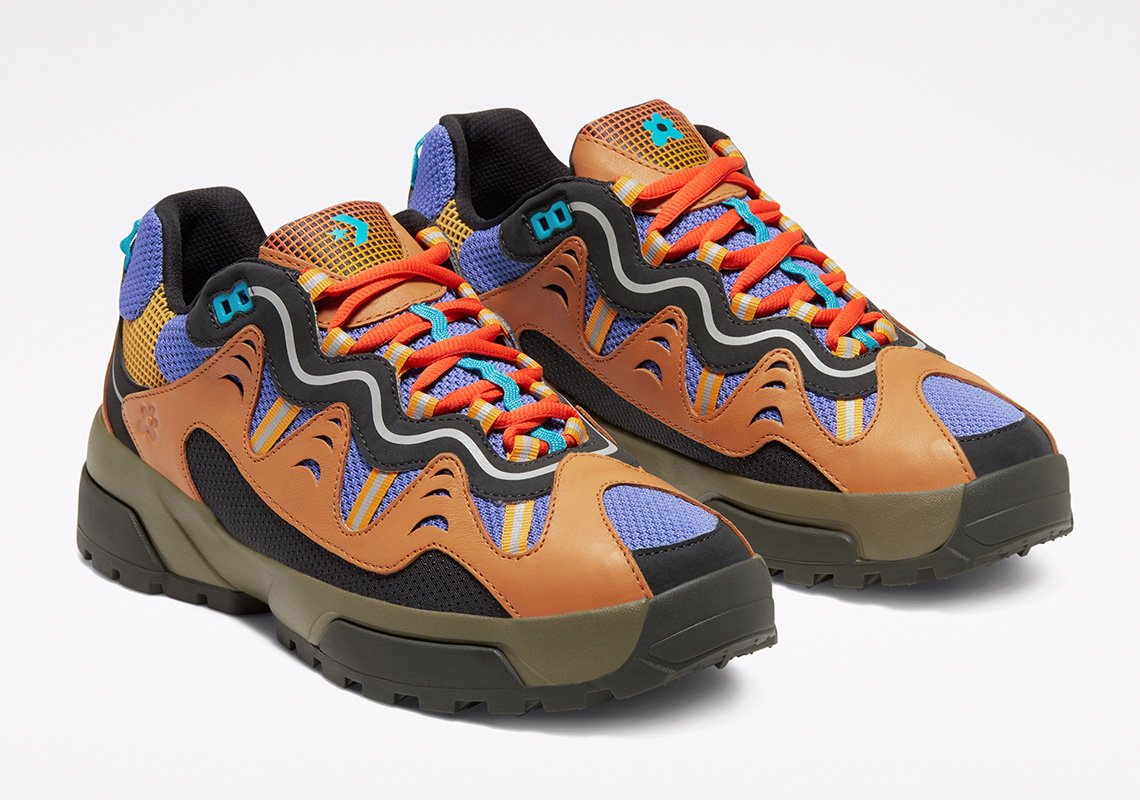 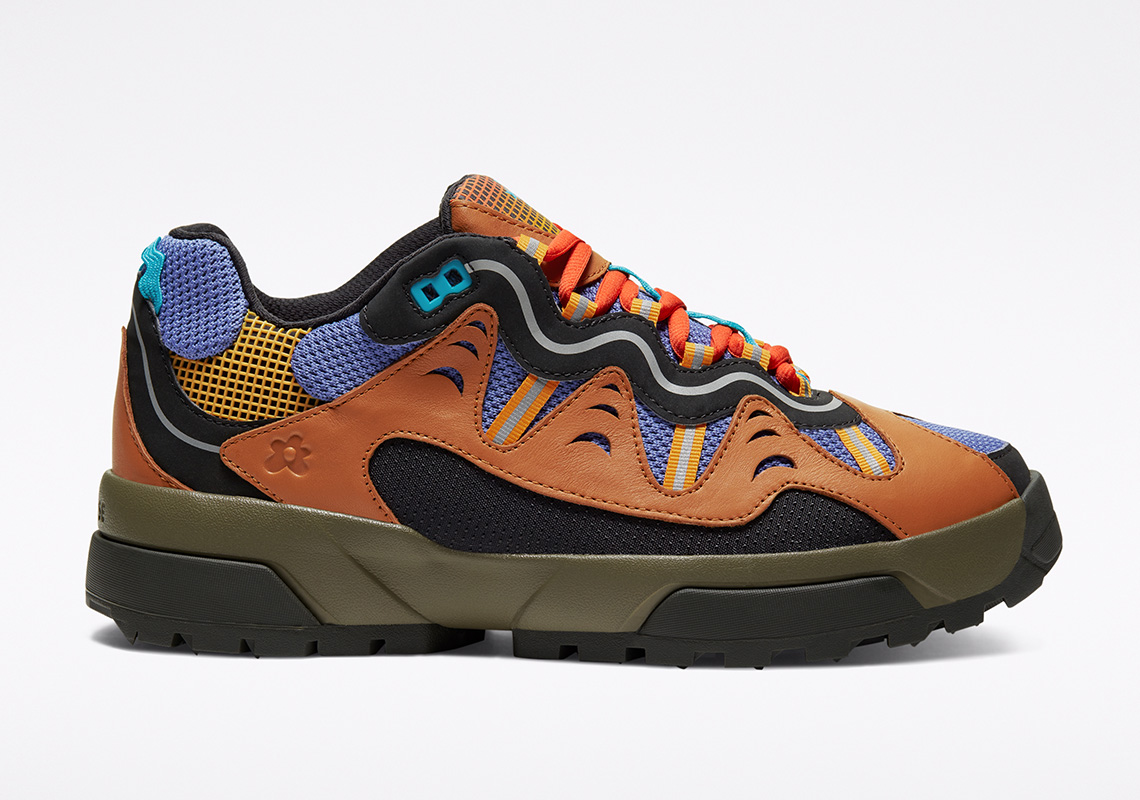 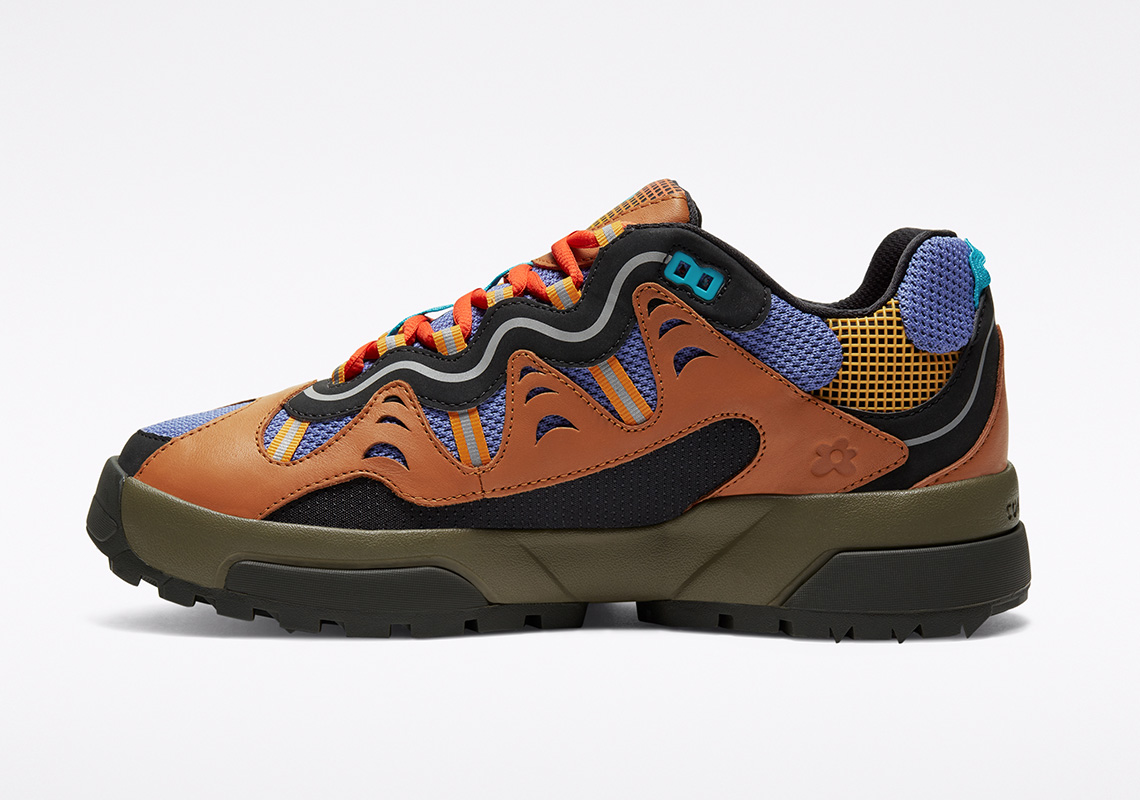 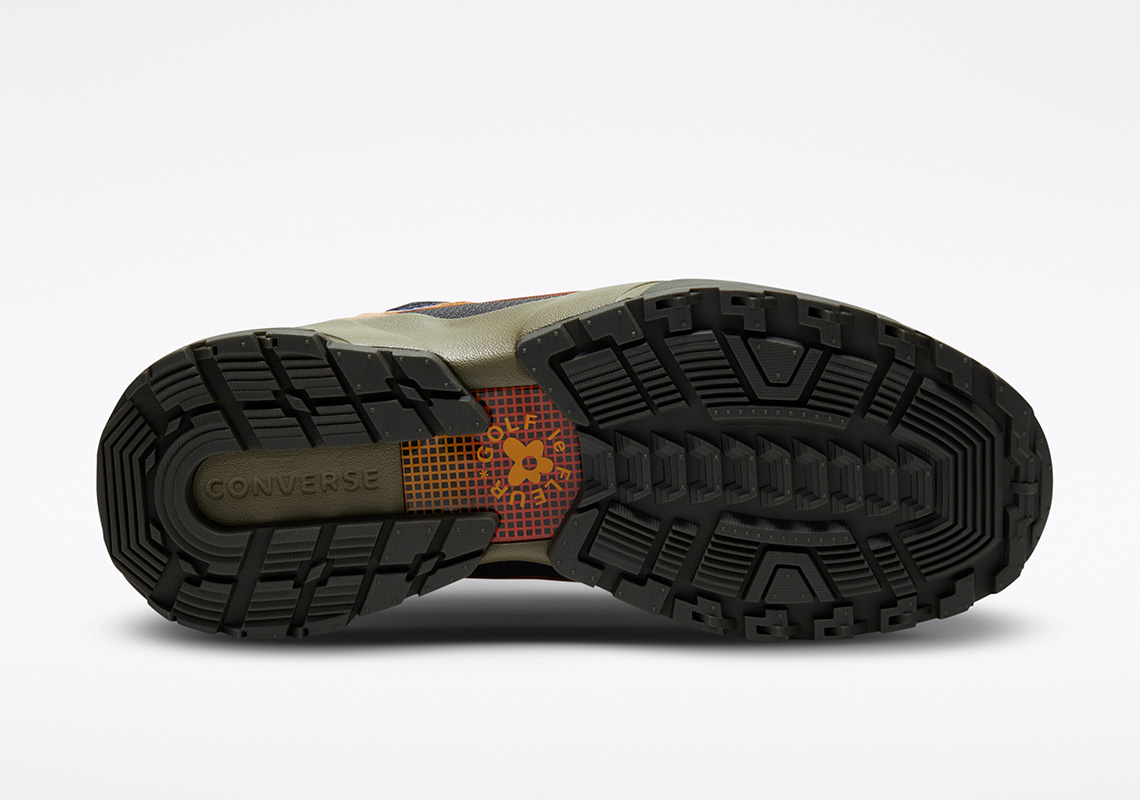 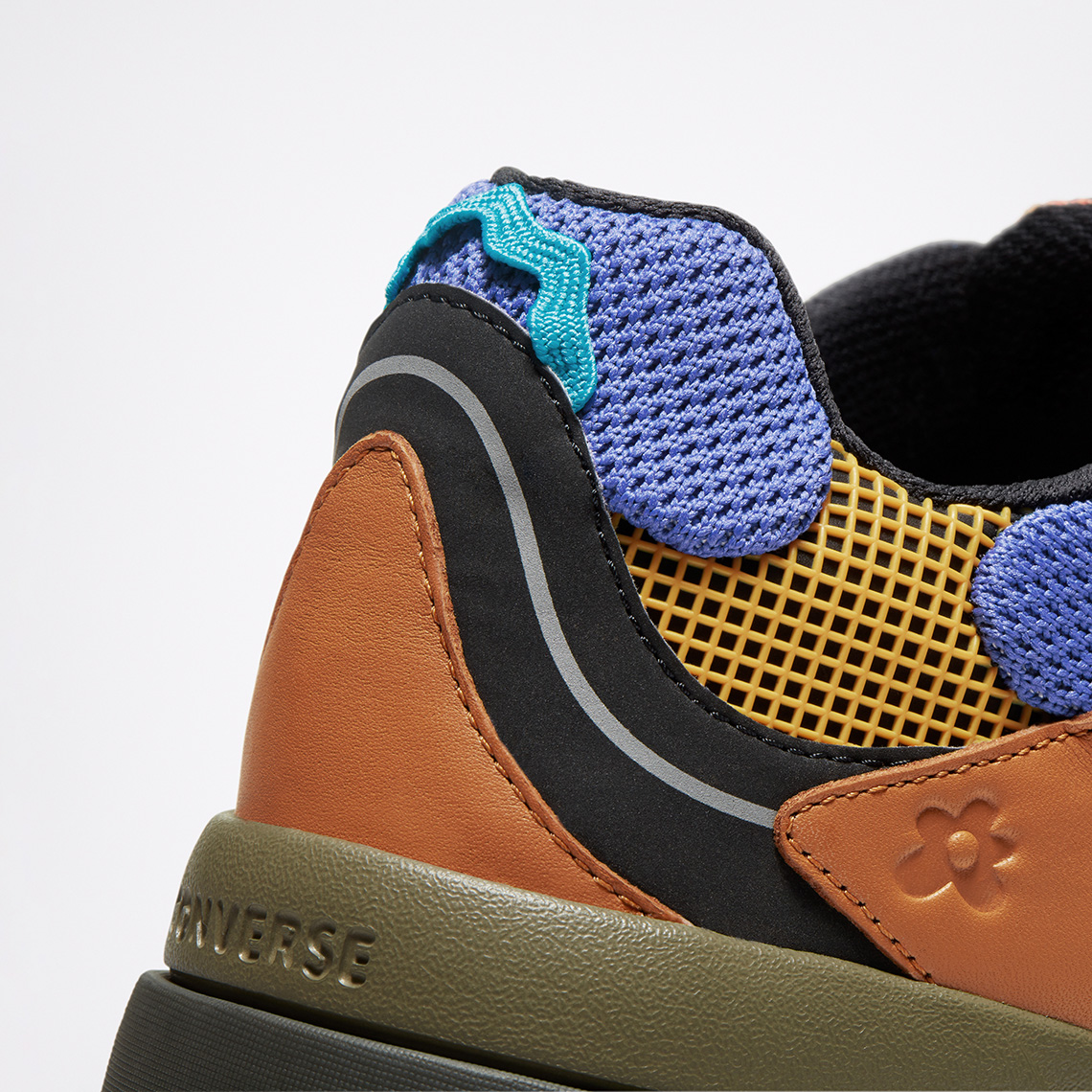 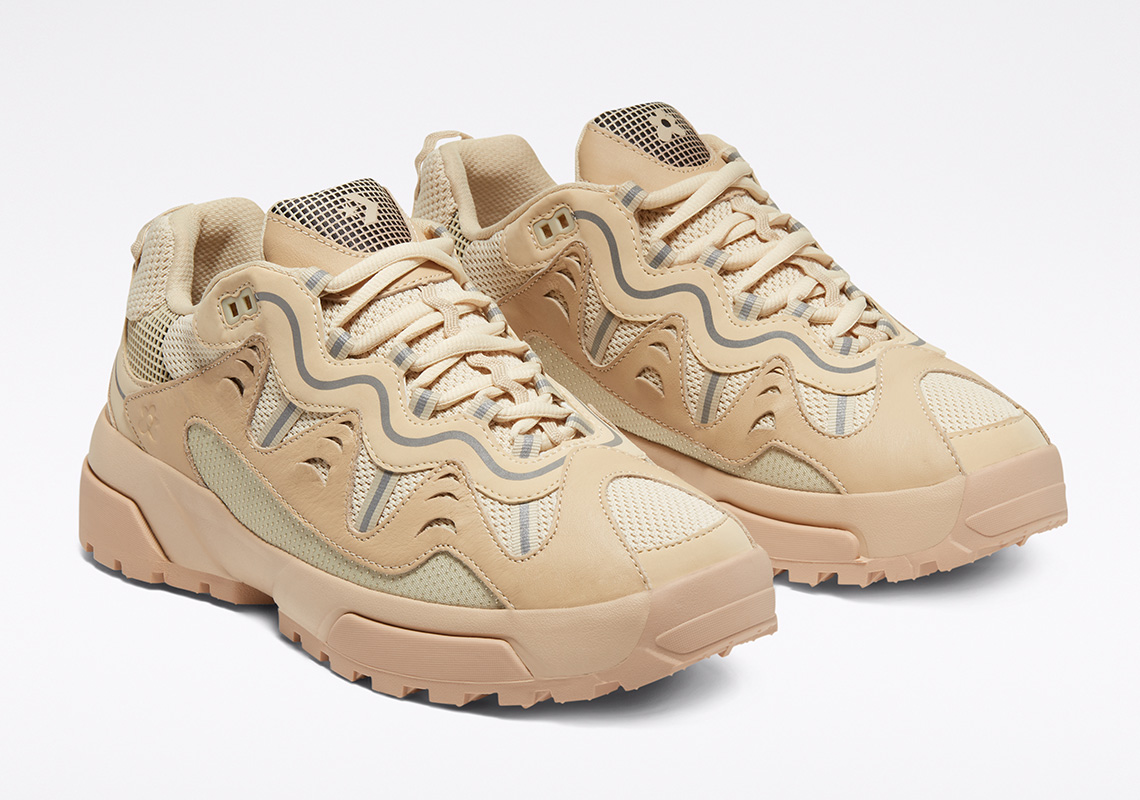 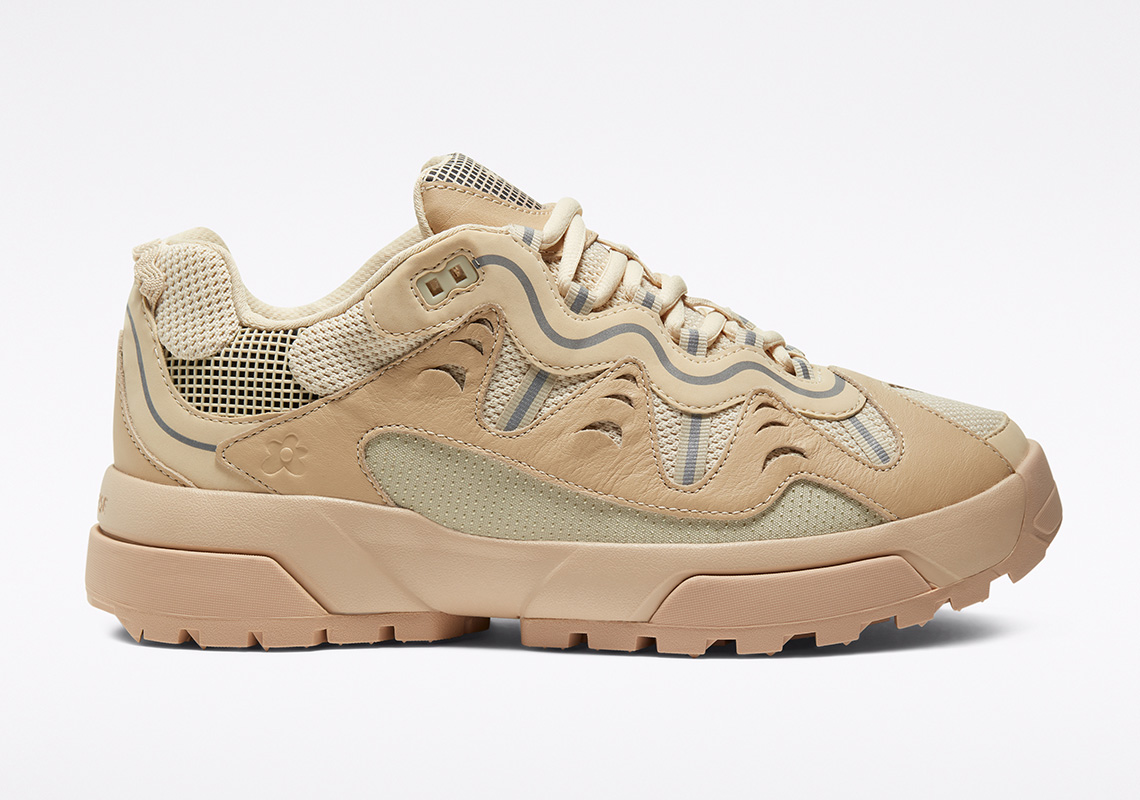 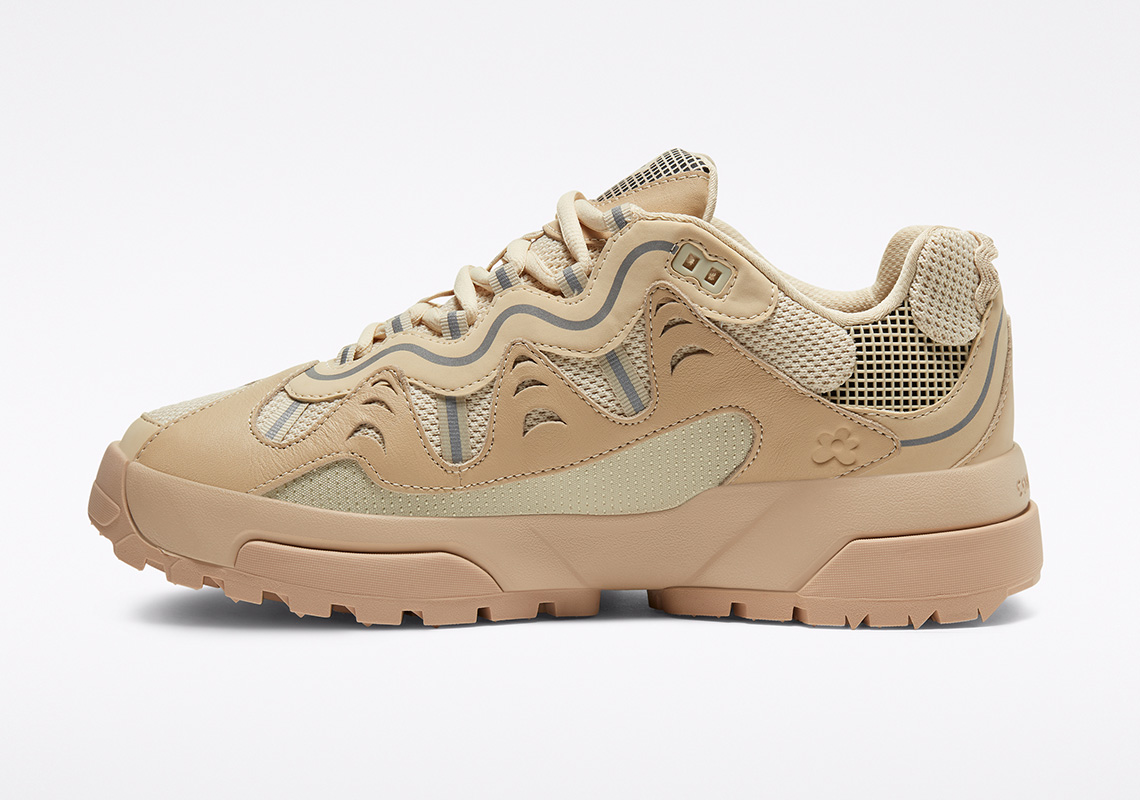 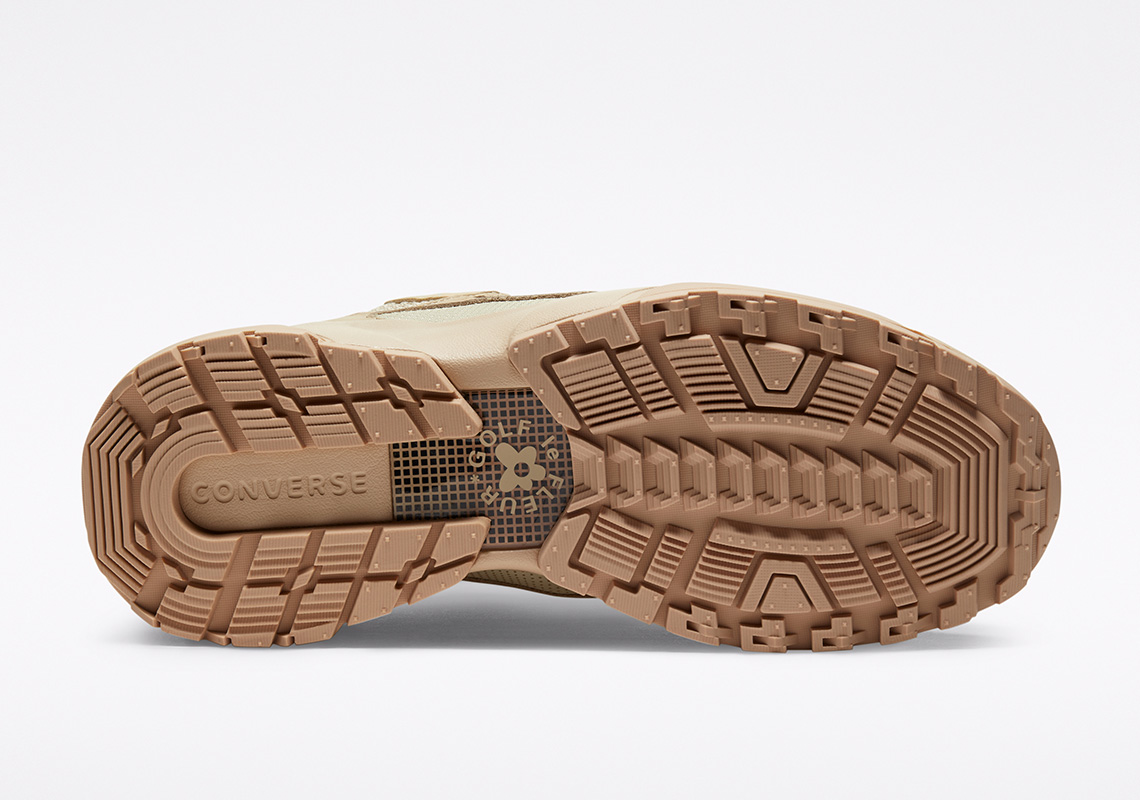 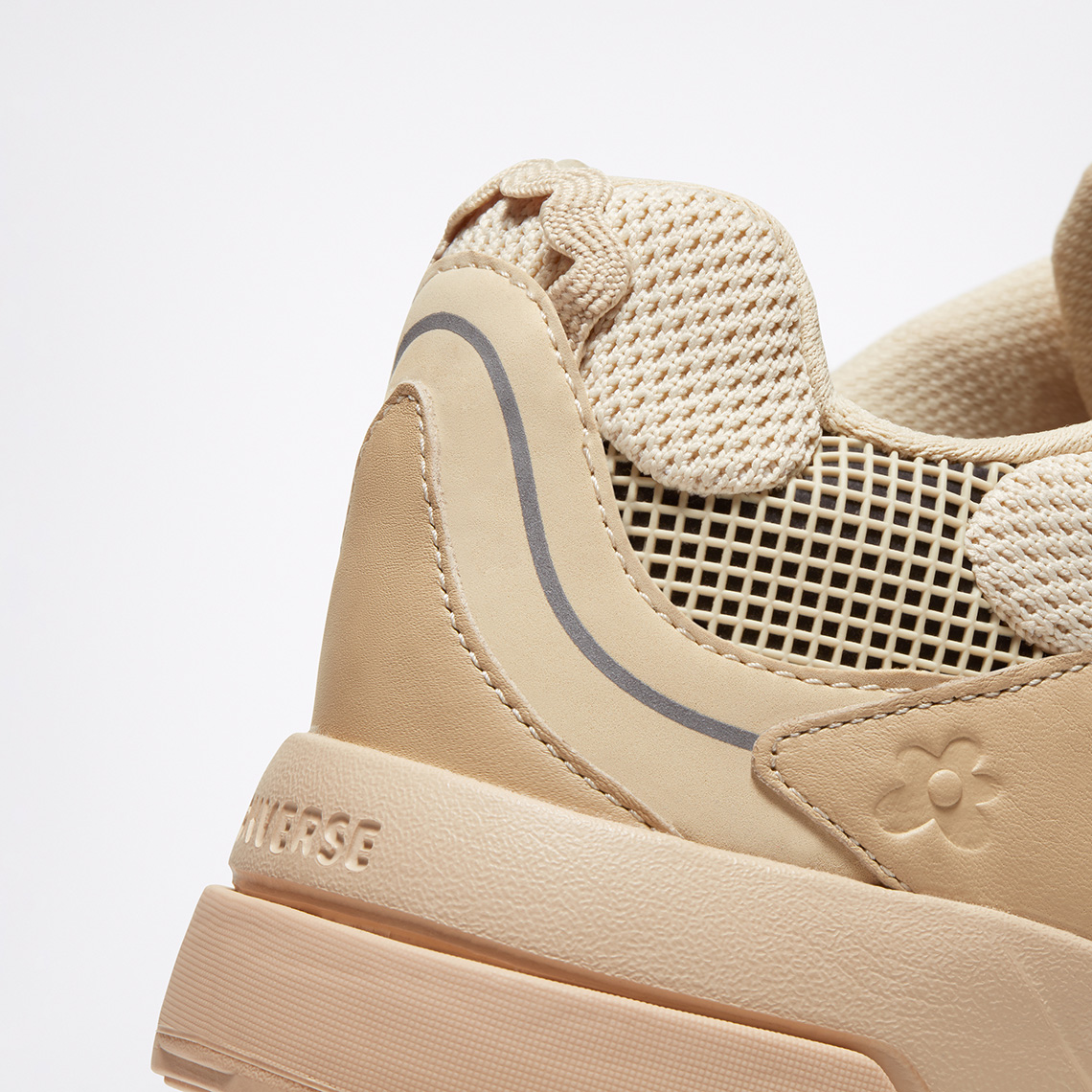 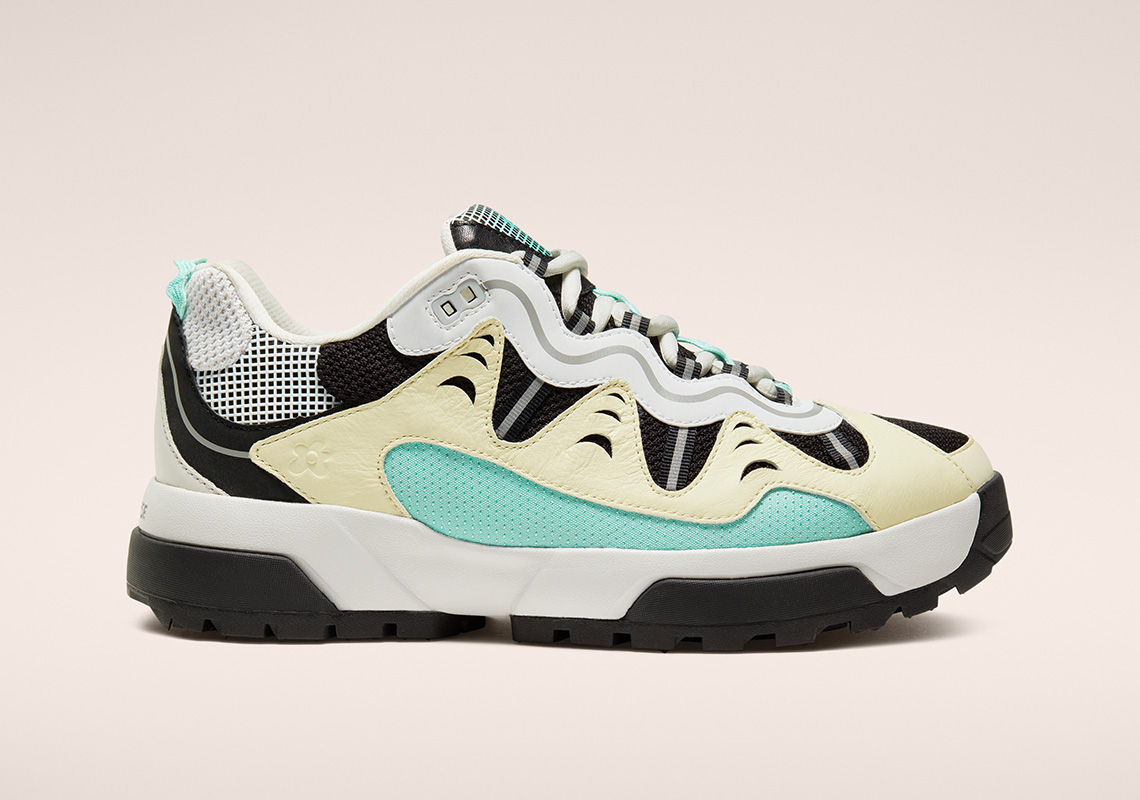 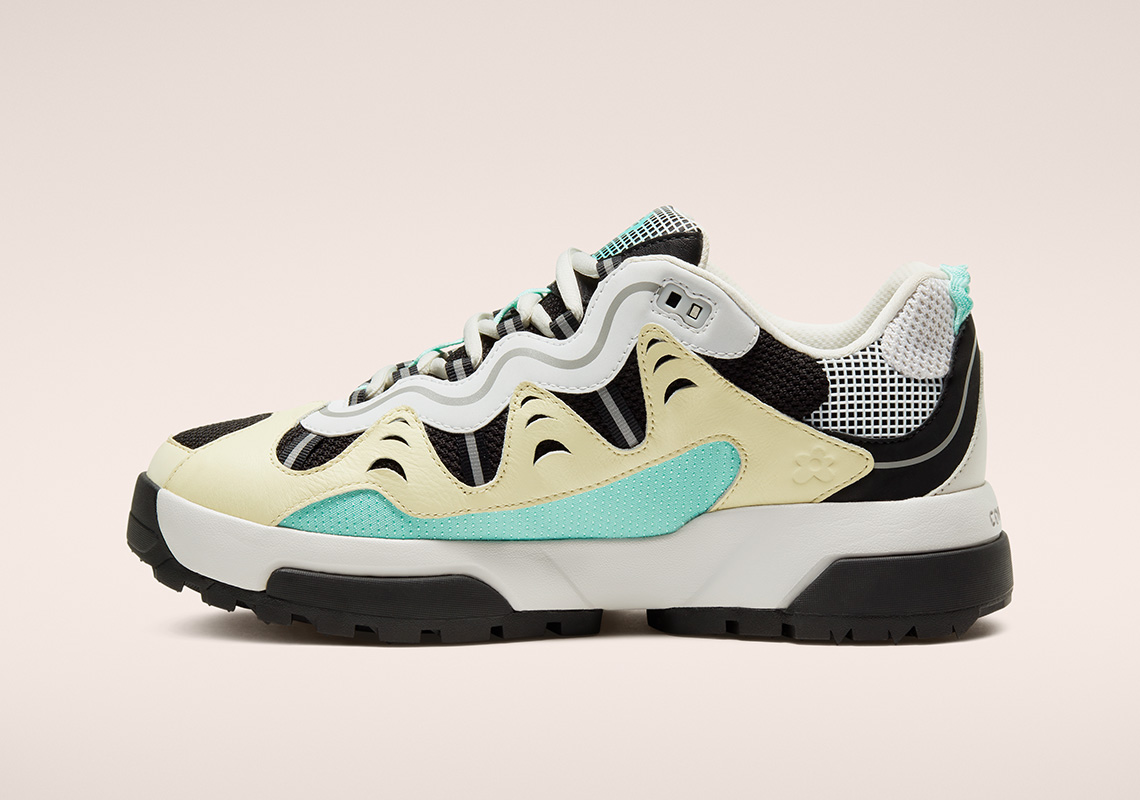 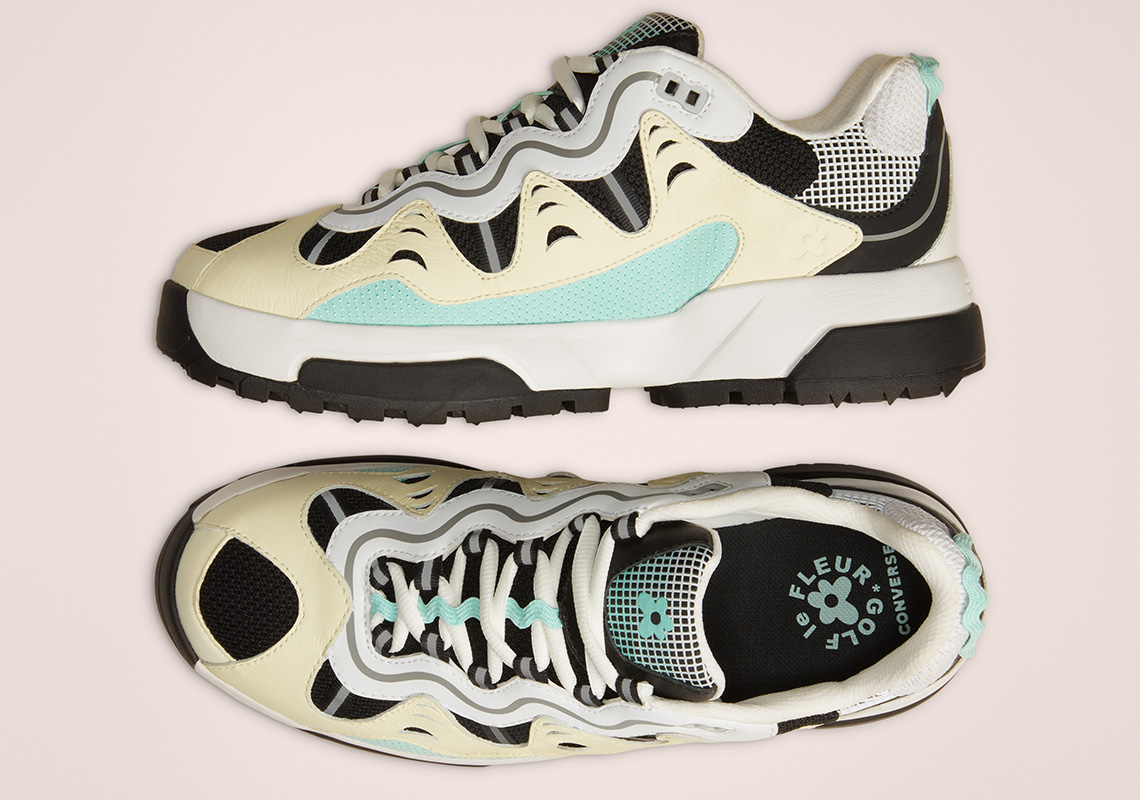 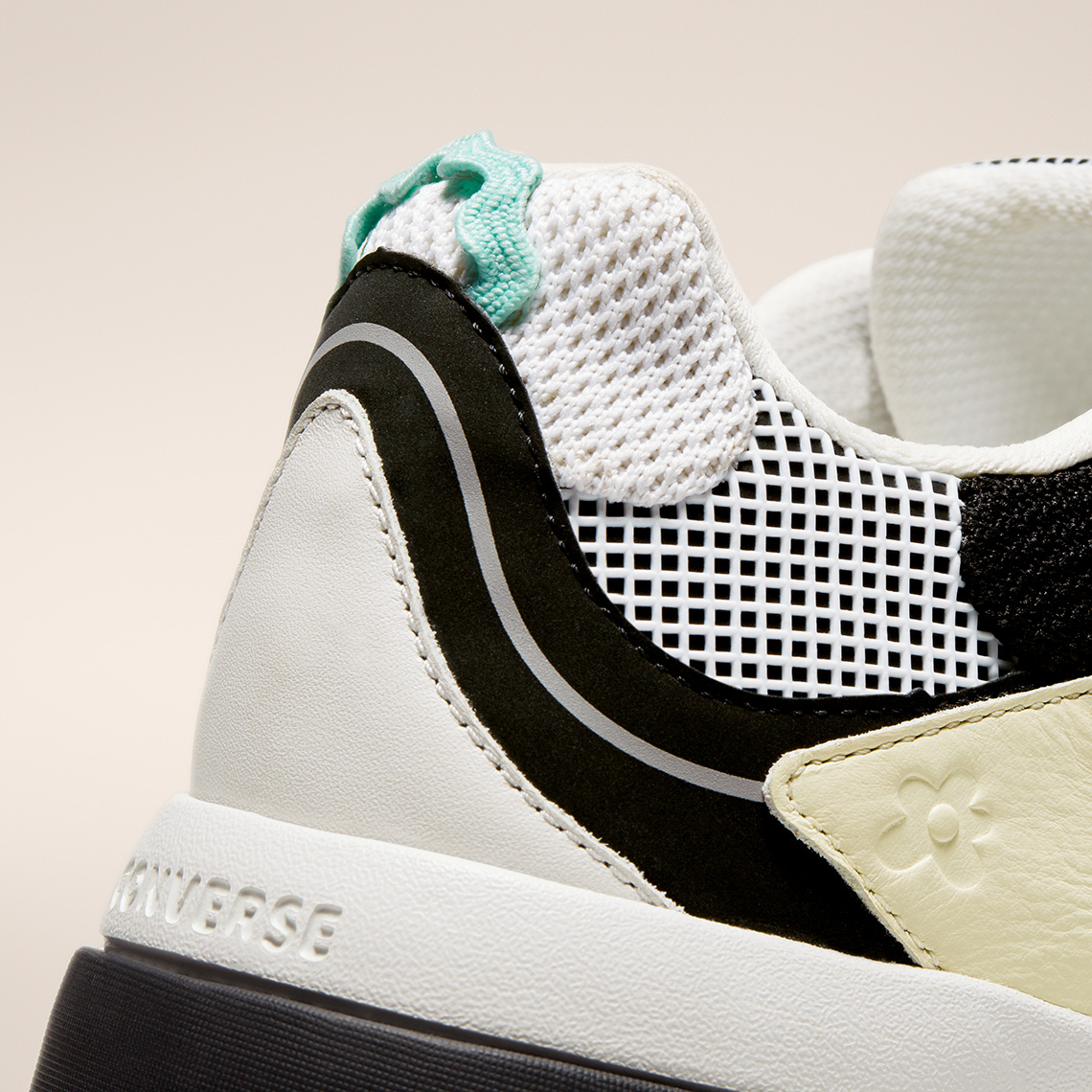