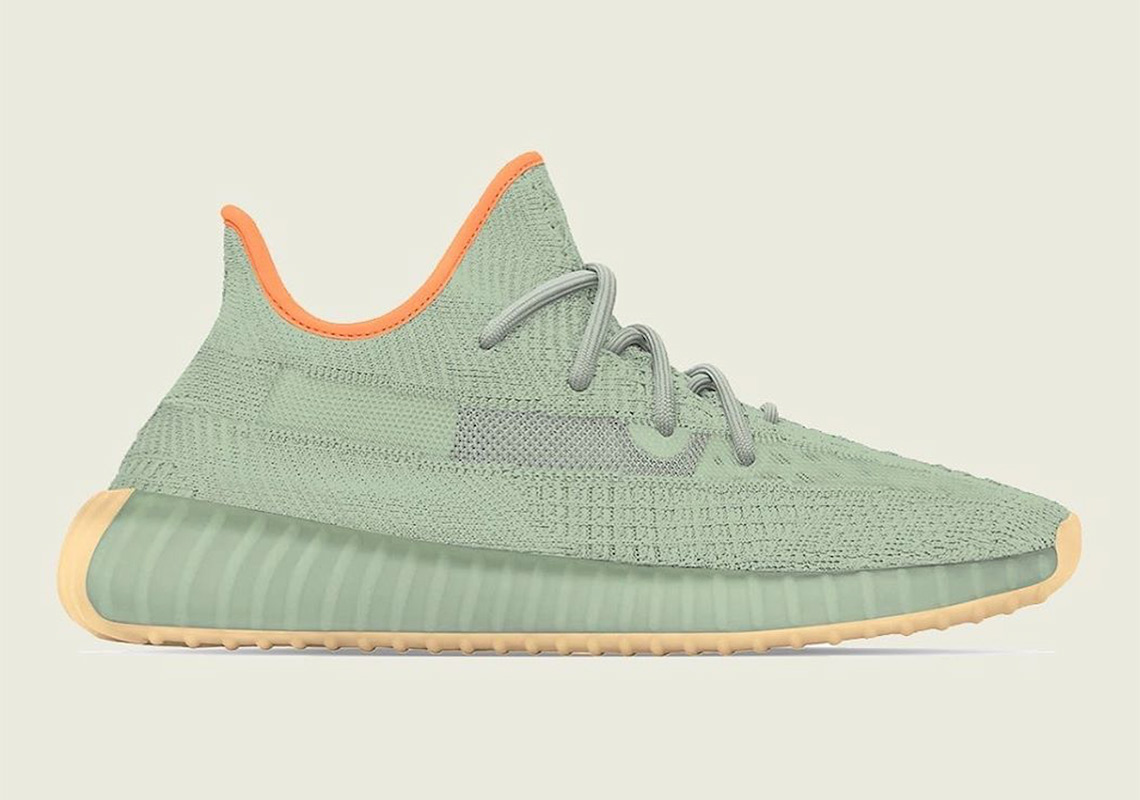 Despite being two months shy of the new year, adidas Yeezy has already put together a lot to look forward to as their staple Yeezy Boost 350 v2 — which is expecting its timely update by the name of the 380 — dresses up to put on what is its best MA-1 impression. Just as earth tones and dark, reflective neutrals once ran amok, it seems 2020 spells a more colorful reality, even bracing for it with its round of seasonal drops. Unlike those of the “Yeezreel,” “Yecheil,” and the like, this “Desert Sage” offering is surprisingly mostly comprised of just one of those very shades as it bears a knit upper and midsole of a striking green tone. The stripes at the side as well as the laces compliment in contrast through a unassuming grey while bright oranges at the inner liner break up the palette entirely just as the saturated gum bottom. Grab a detailed look at what’s in store by way of the mock-up courtesy of @yeezymafia and expect a release to go down early 2020 at adidas.com as well as a slew of retailers.