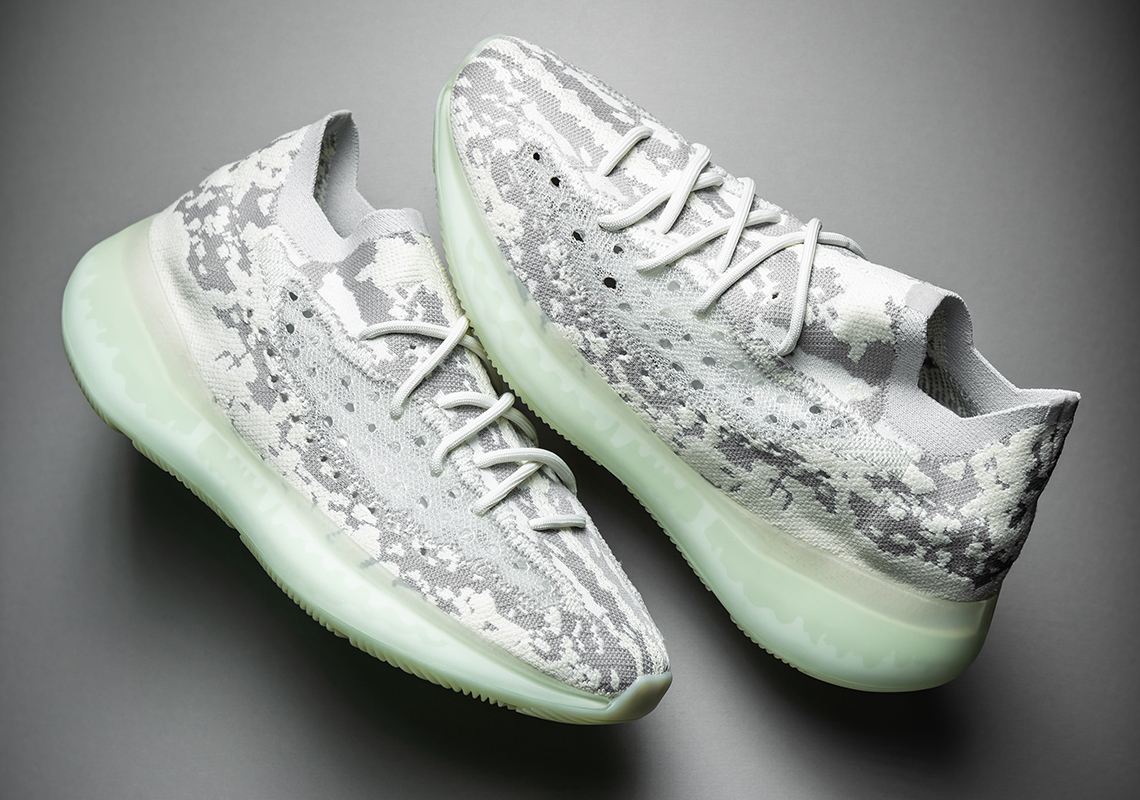 The adidas Yeezy Boost 380 “Alien” Is Releasing On Yeezy Supply

As Following up one of their most coveted silhouettes currently on the market, adidas Yeezy has gone and put an end to the 350 v2 though only in namesake, continuing its spirit with a new and improved Yeezy Boost 380 whose “Alien” colorway marks the beginnings of what will likely turn into a long-running series of releases. Ethos, energy, and aesthetics are all translated over as knit uppers bear distinction though in a styling akin to many of its iconic predecessors. Grey tones, a favorite for the line-up in general, make for a fitting debut in a patterning much more intricate: these, which separate by way of darker and lighter shades, form an almost Rorschach-esque design. Laces stay neutral in compliment same as the ankle of the core construction itself while luminescent greens at a tinge of the radioactive along the entire sole unit. Grab a detailed look at the newest chapter for the brand right here, and as these have yet to be announced by retailers, it’s likely they’ll be exclusive to adidas.com and Yeezy Supply on November 16th.