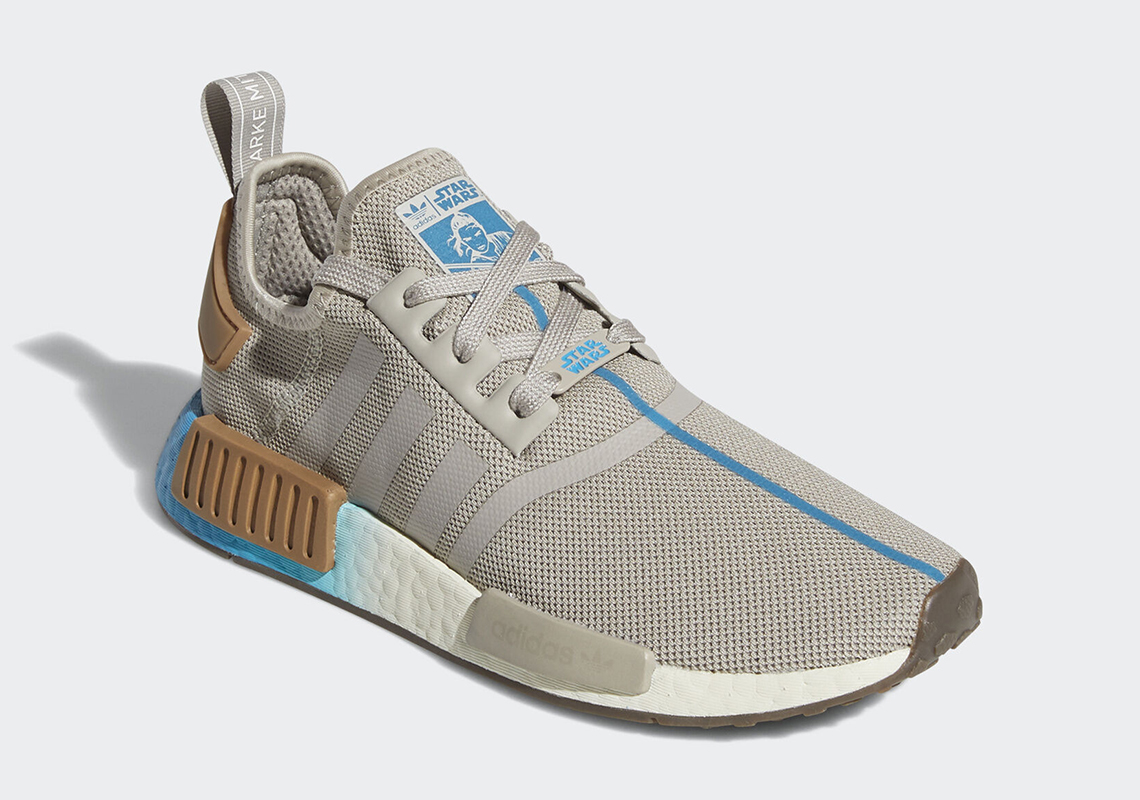 Star Wars’ Rey Gets Her Own adidas NMD R1

Among the new Star Wars trilogy’s cast of characters, Rey’s role is certainly the most influential, mirroring that of Luke Skywalker as she traverses the Force and goes up against Kylo Ren as well as the entire First Order. Though her relationship to the original heroes is still quite vague, it’s no doubt that she deserves a part in the adidas collaboration and only now has her NMD R1 been revealed. What ensues is largely quite similar to Yoda’s own take on the same silhouette though with all his most discernible accents removed for more modern references. Mesh uppers are dyed a faded tan, almost grey tone in connection to the artist’s garb while overlaid supports at the sole and heel bearing deep browns in compliment. White Boost adds neutral balance to a pair ripe with earth tones while blue — the color of the main protagonist’s saber — dyed along the rear of the sole itself, the strip down the center line, and the tongue branding which depicts a portrait of Rey herself. Plastering “LIGHT. DARKNESS. A BALANCE” right at its heel, the pair is ready for the cinema debut with a release likely taking place a bit earlier on adidas.com and select retailers. 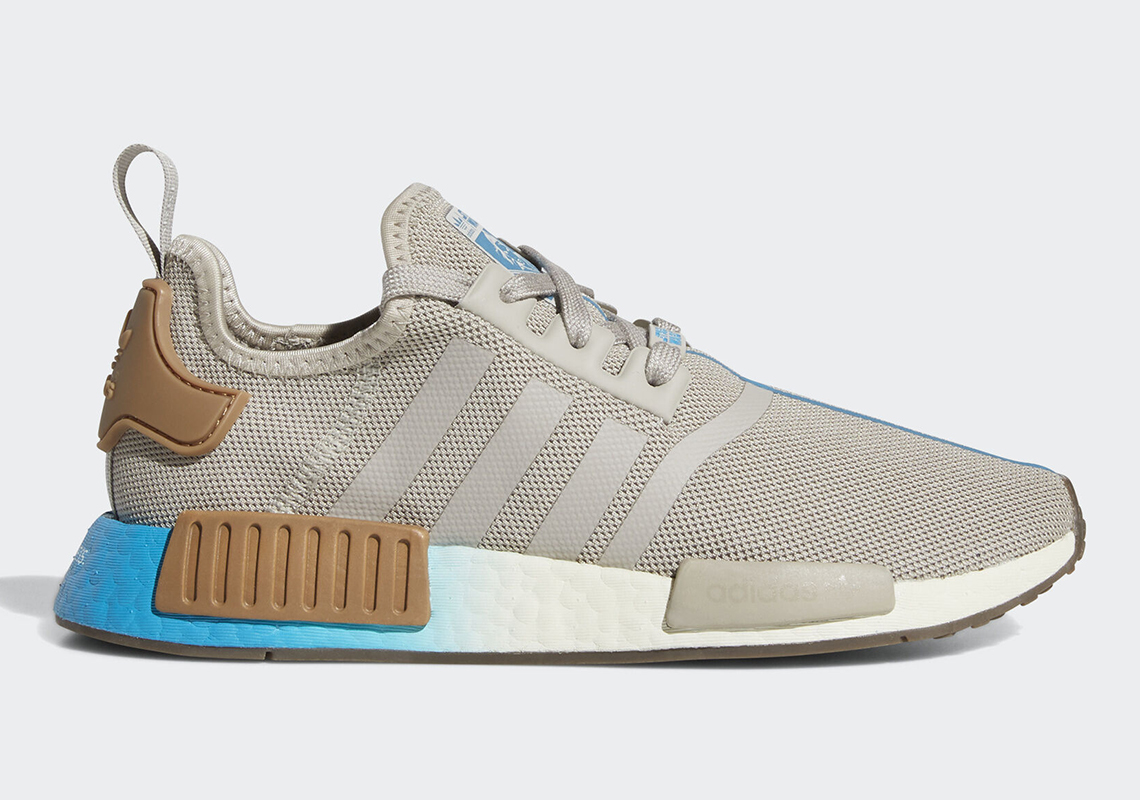 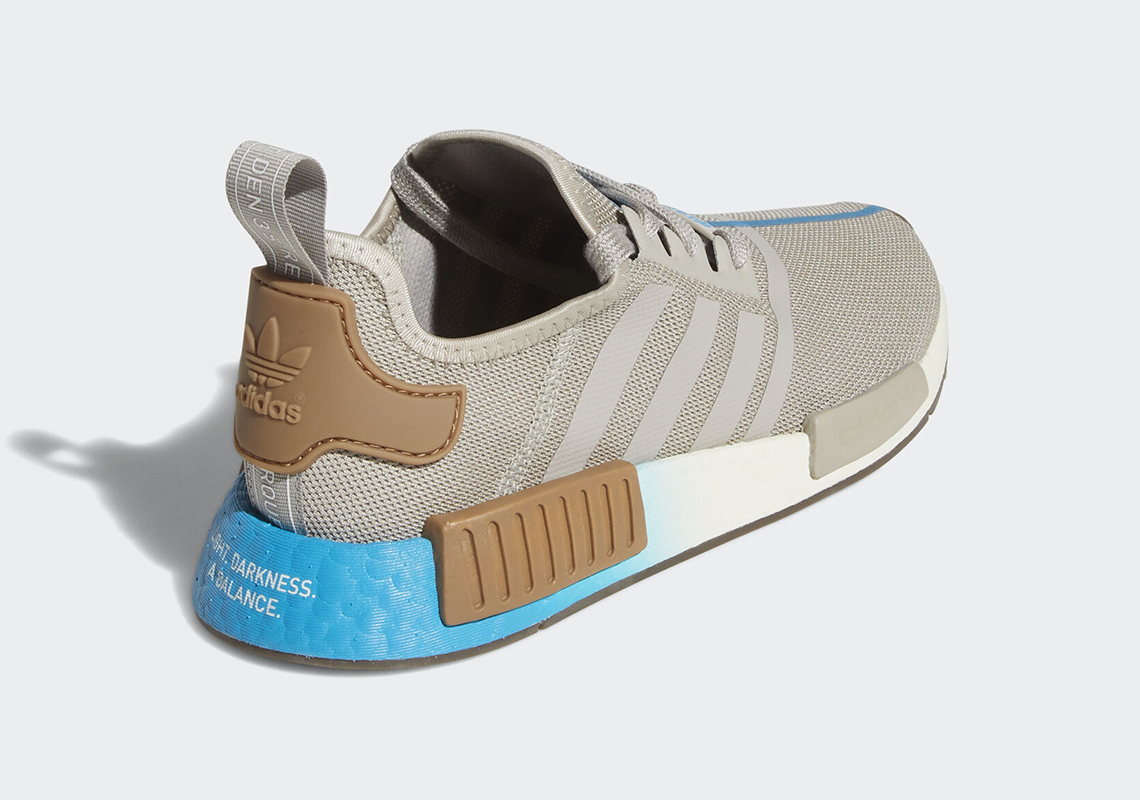 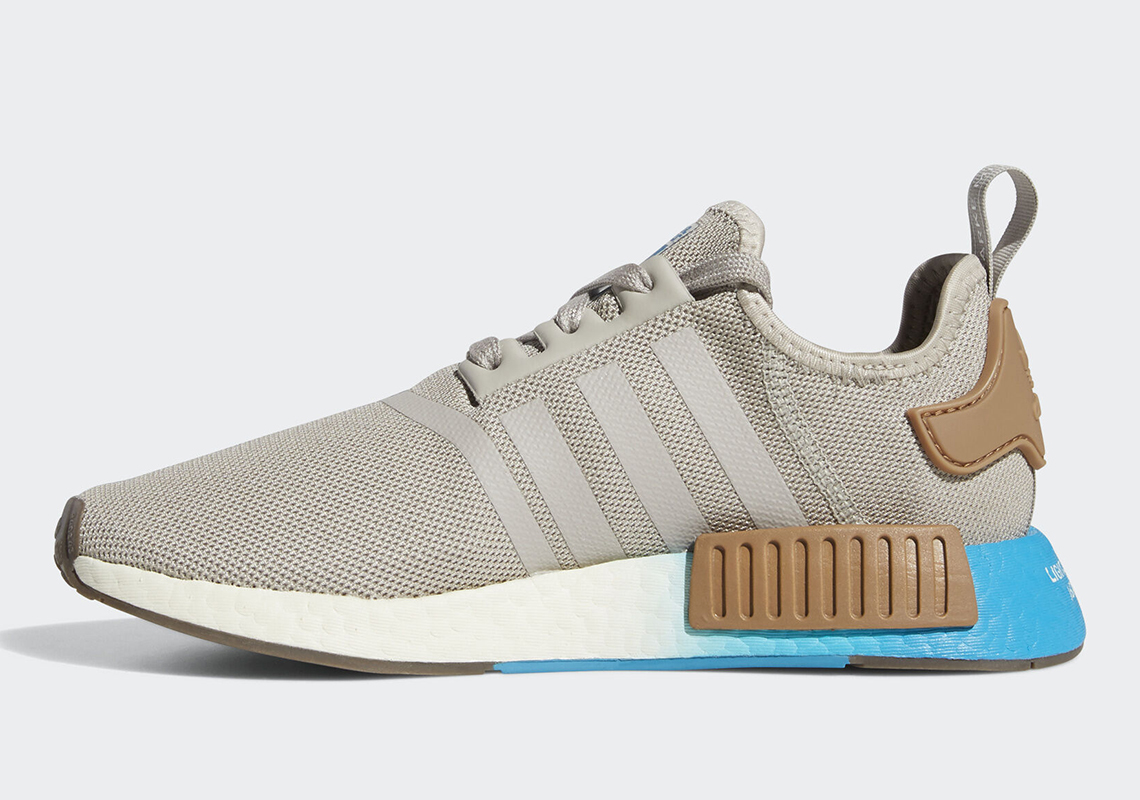 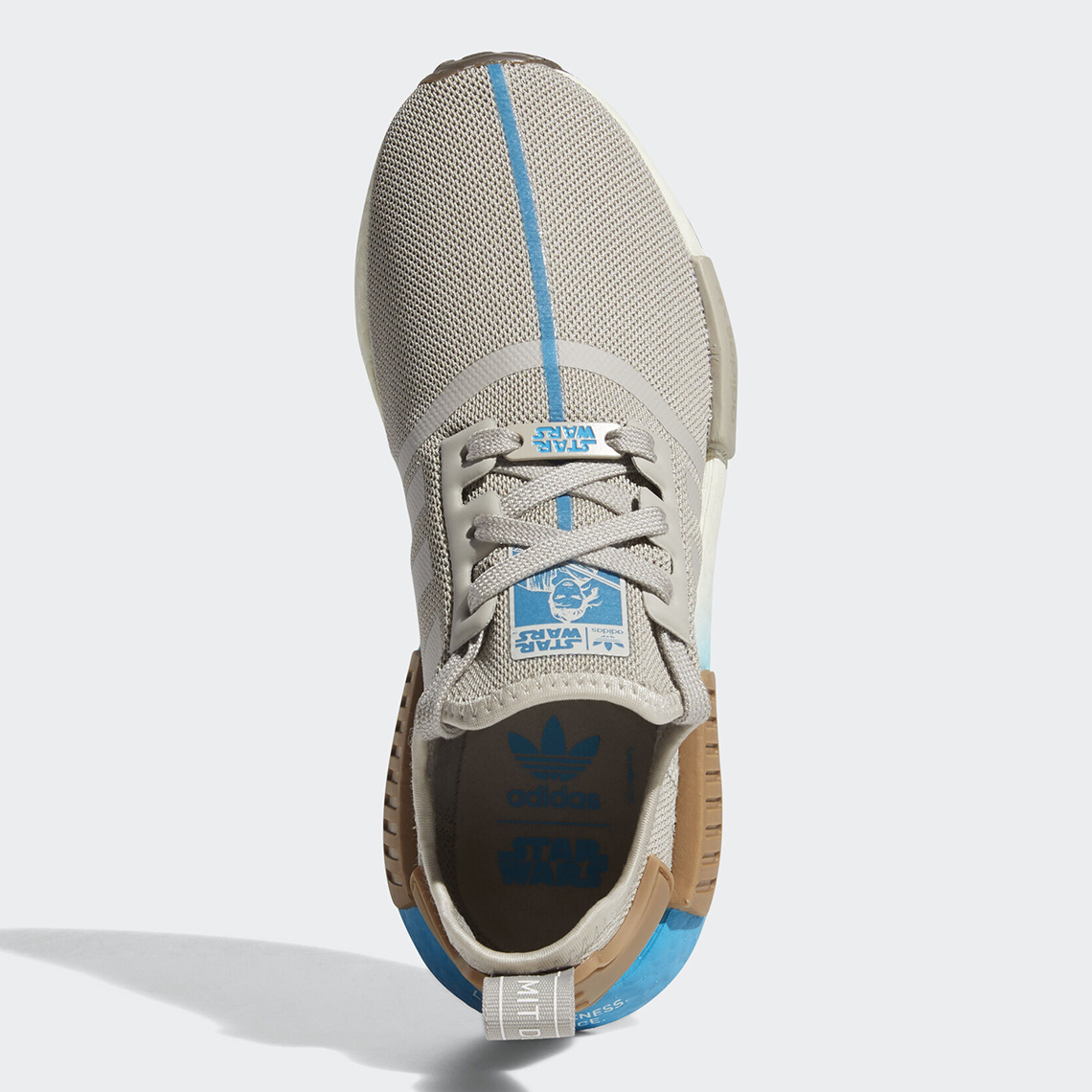 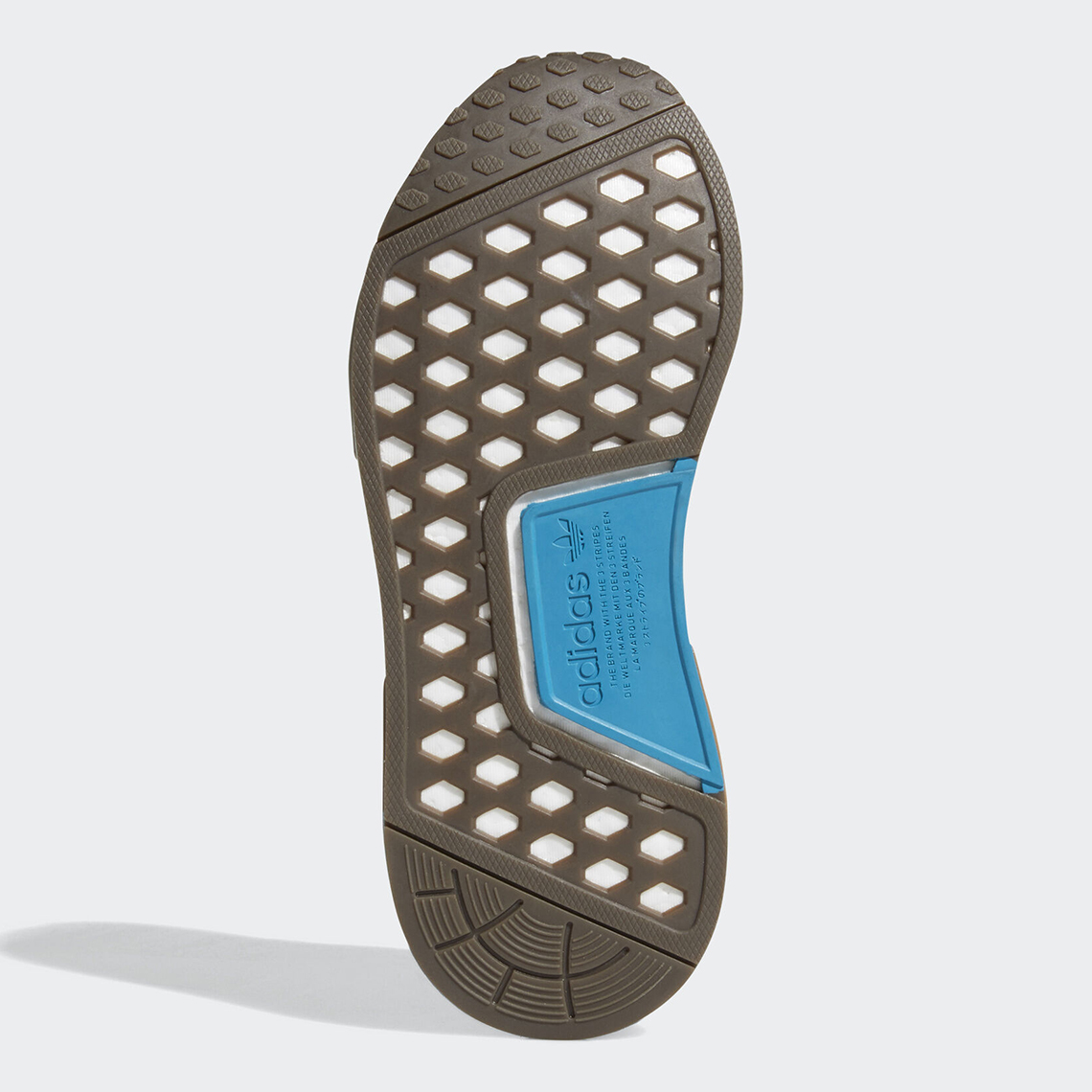