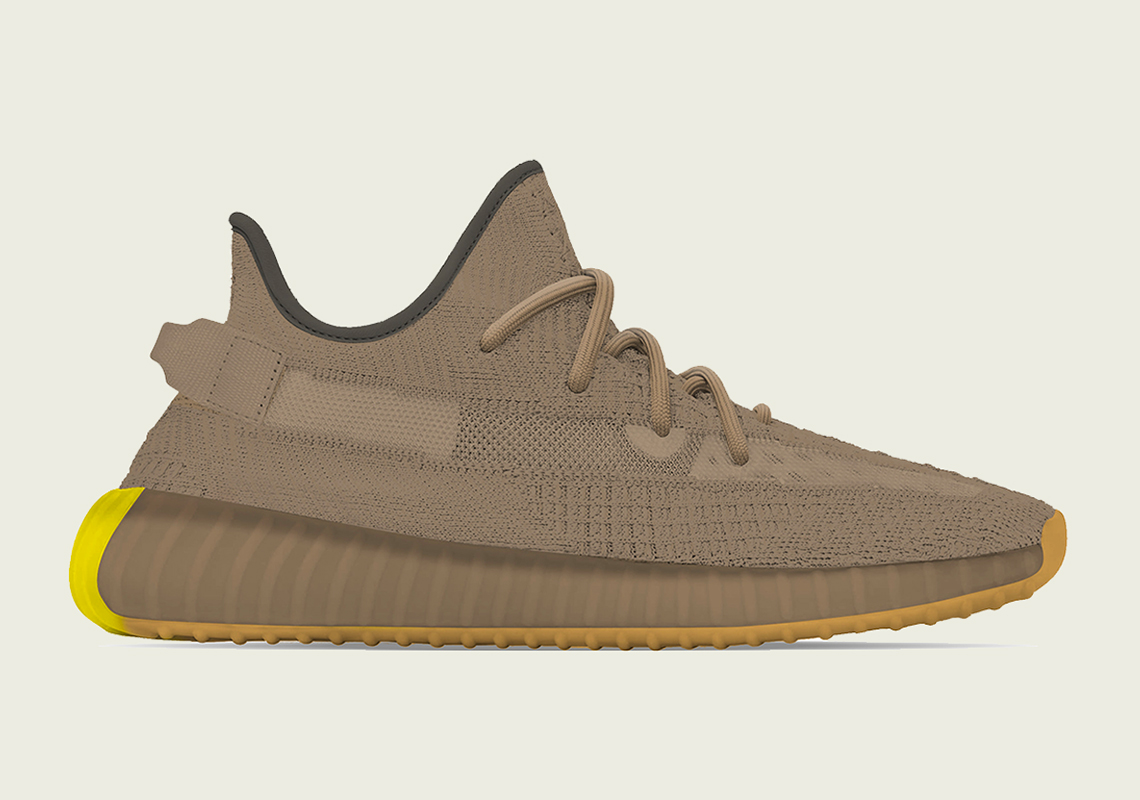 After closing out the year with some of its most colorful — e.g. the Yeezreel, Yecheil, and Yeshaya — it seems all will be back to business for adidas Yeezy as they make a return to their more natural inspirations in 2020. Instead of bright sesames and tans, however, the Yeezy Boost 350 v2 is going mostly au naturale in what the brand bluntly dubs “Earth.” Primeknit weaves, according to @yeezymafia‘s mock-up, are mostly one note relative to what is set to be its immediate predecessors; dark browns, a color that sees to the laces, heel pull tab, and even the side striping, lead the show with contrast hits at the ankle departing by way of black. Elsewhere, the typical gum bottoms we’ve grown to expect have been swapped out for a fluorescent yellow hit, a new modification that will surely be fully realized as we star the next decade. Grab a look at what these are rumored to look like here and keep it locked for word on its official adidas.com release date.