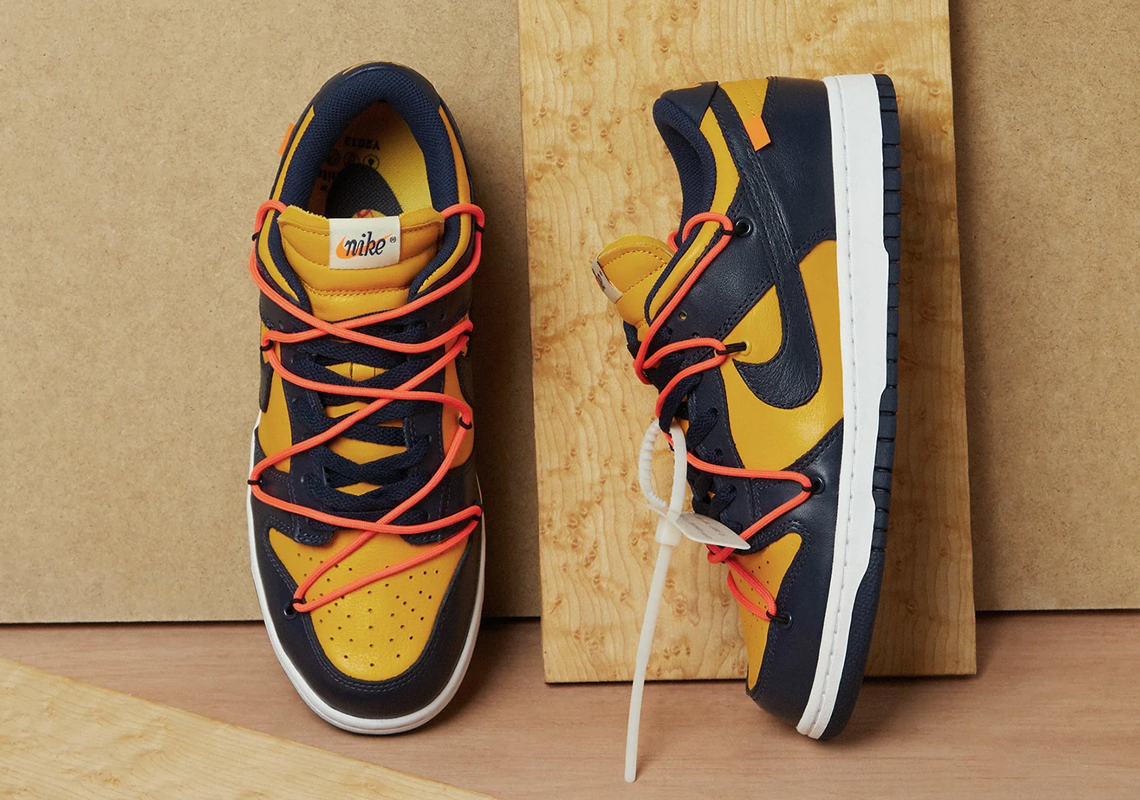 Where To Buy The Off-White x Nike Dunk Low “Michigan”

Whether you’ve been following him since his days writing for THE BRILLIANCE! or just learned of him last year when he was appointed artistic director of Louis Vuitton’s menswear ready-wear line, Virgil Abloh continues making a strong argument for being the hardest-working creative out there. Already boasting an impressive, growing list of Nike collaborations, the Illinois-native will soon see his signature Helvetica-font text and air quotes grace the Dunk Low in the University of Michigan’s iconic gold and midnight navy colors – a combination having first appeared on the Dunk in 1985 as part of the Swoosh’s “Be True To Your School” series. The looming release dons leather uppers punctured at eight-untraditional spots through which a second set of vibrant red laces has been run; off-white “Off-White” zip-ties add Abloh’s finishing touch to the classic Nike silhouette.

There’s no telling where the Dunk Low will rank among Abloh’s work with Beaverton, but if you’re interested in grabbing a pair, keep an eye on our store list below as we’ll be updating it regularly ahead of the shoe’s December 20th release date. 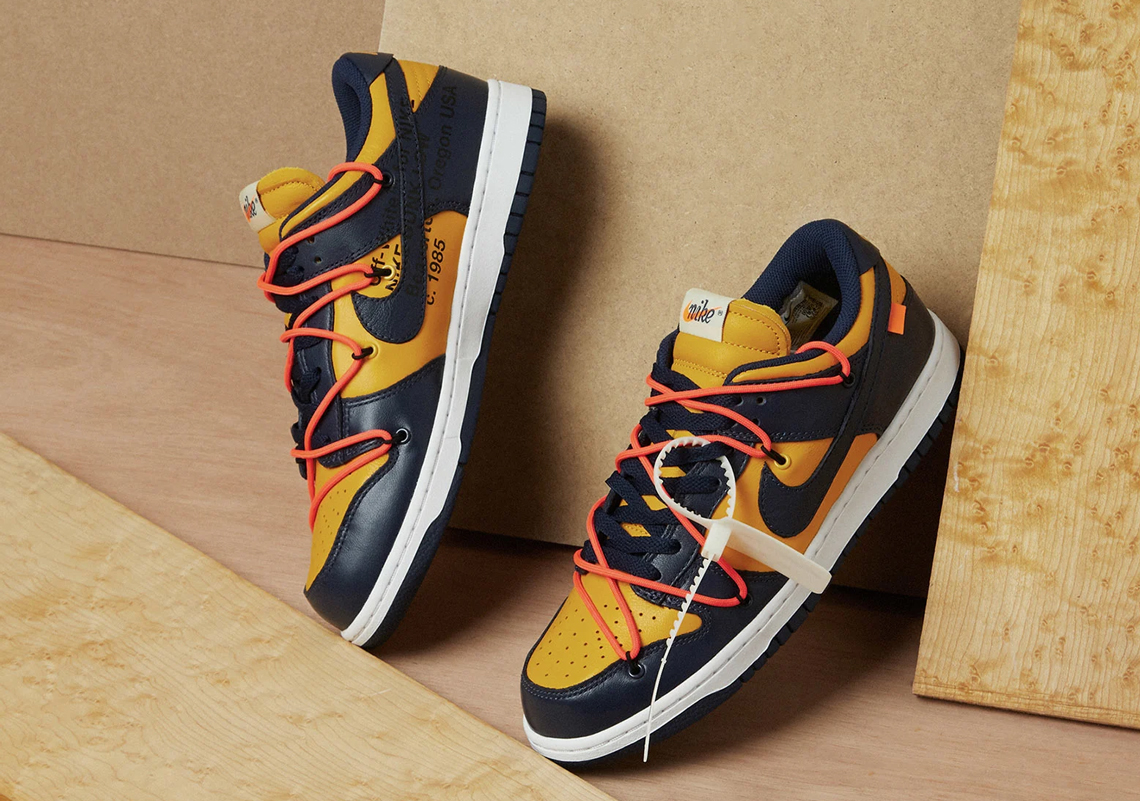 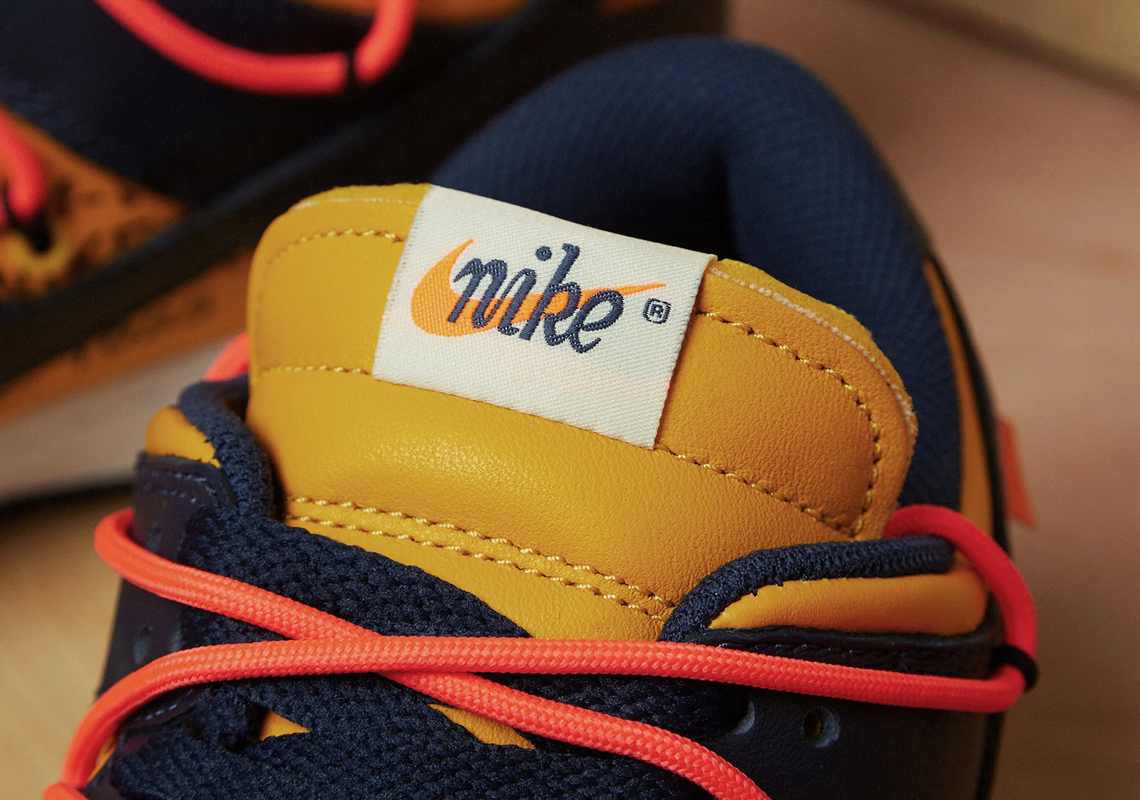 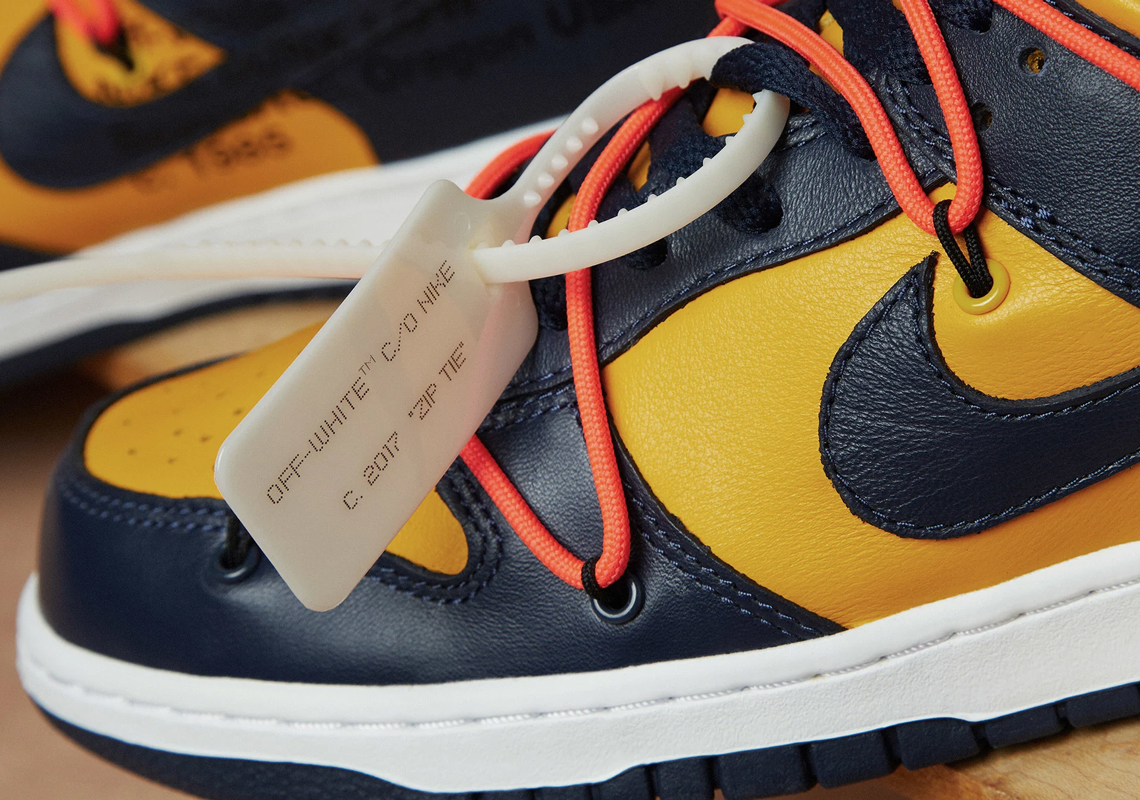 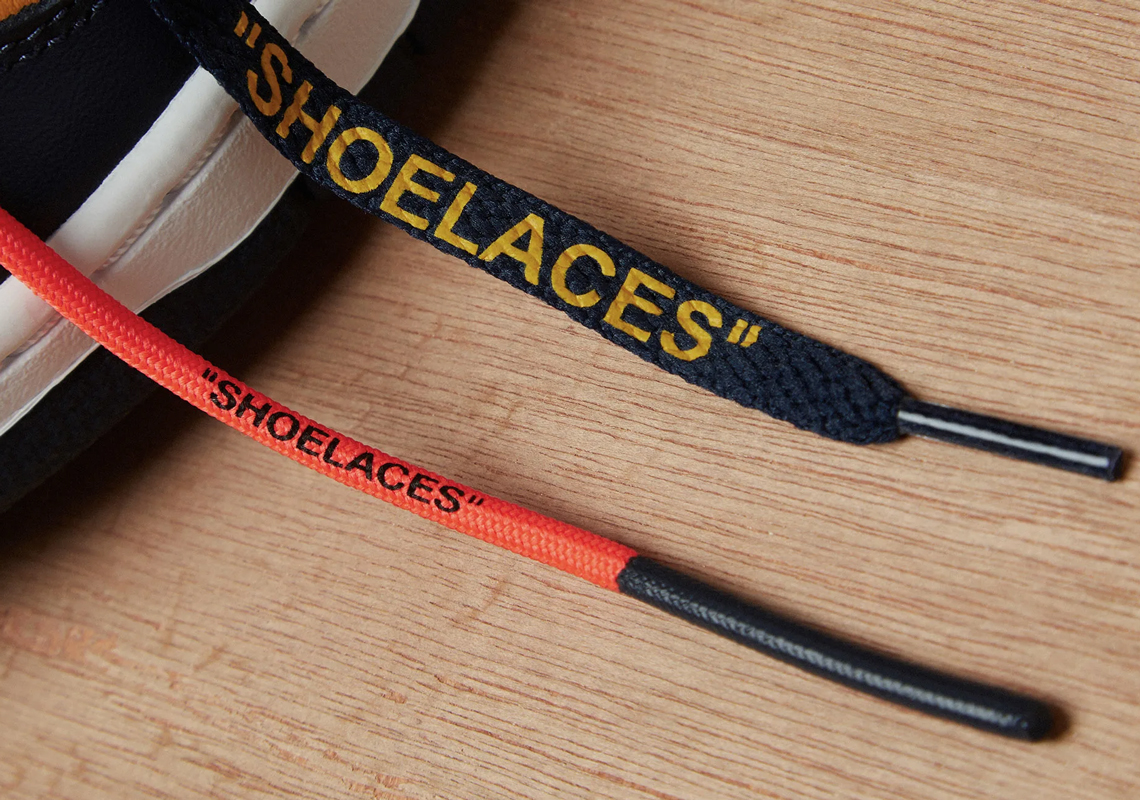 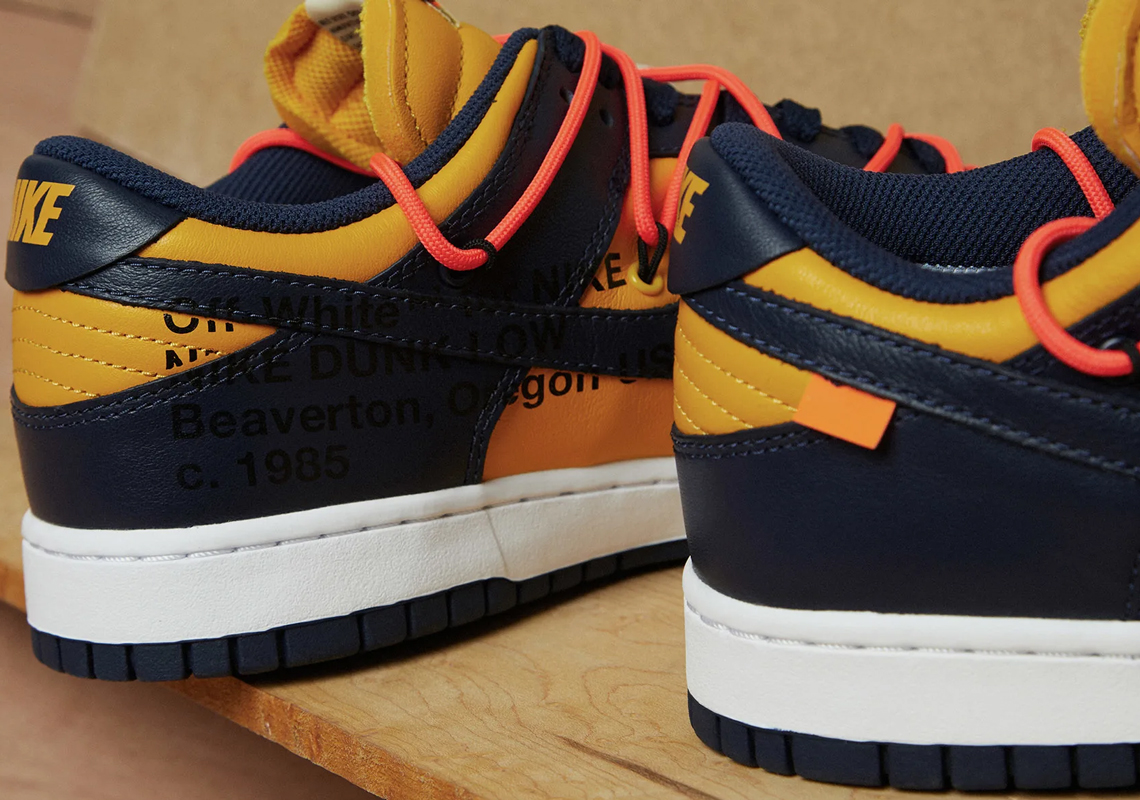