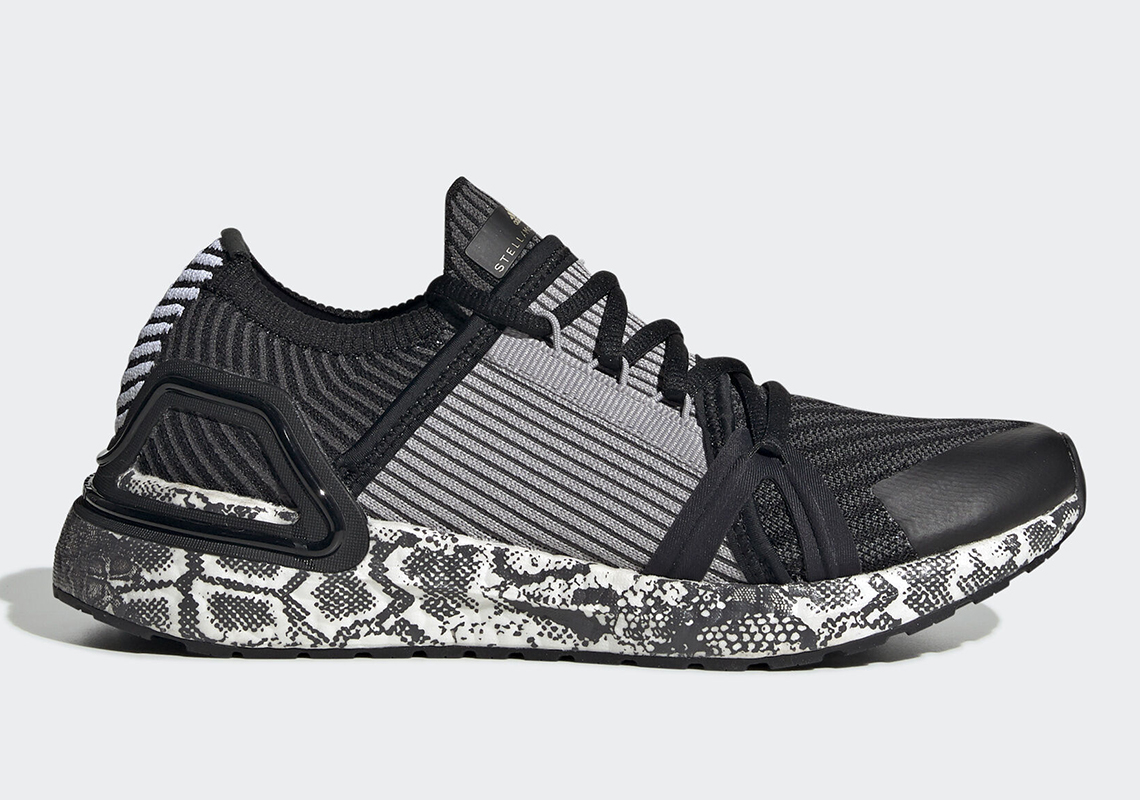 As important a piece as say Raf Simons or Yohji Yamamoto, Stella McCartney retains her slot as a permanent collaborator, ushering in vegan Stan Smiths and often playing around with adidas’ many performance staples: the Ultra Boost 20 now included. Despite adding a succinct “S” to the end of the model’s namesake, the pair’s aesthetics are anything but as straightforward, completely uplifting every one of the original’s most discernible features to then add a touch more akin to the designer’s visual language. Playful, though not in the way you’d expect, the pair opts out of floral arrangements for a palette of monochrome tones, dying the weave in a striped pattern of black and grey while overlaying lighter panels atop the midfoot’s overlapping piece as well as the heel’s chevron stitch. Laces wrap through laced hooks instead of eyelets and toe boxes support with glossy taping while both the heel cap and sole unit borrow from elsewhere, the latter doing so with a striking snakeskin graphic printed along. Grab a detailed look at these right here and expect them to drop at adidas.com and select retailers come January 15th. 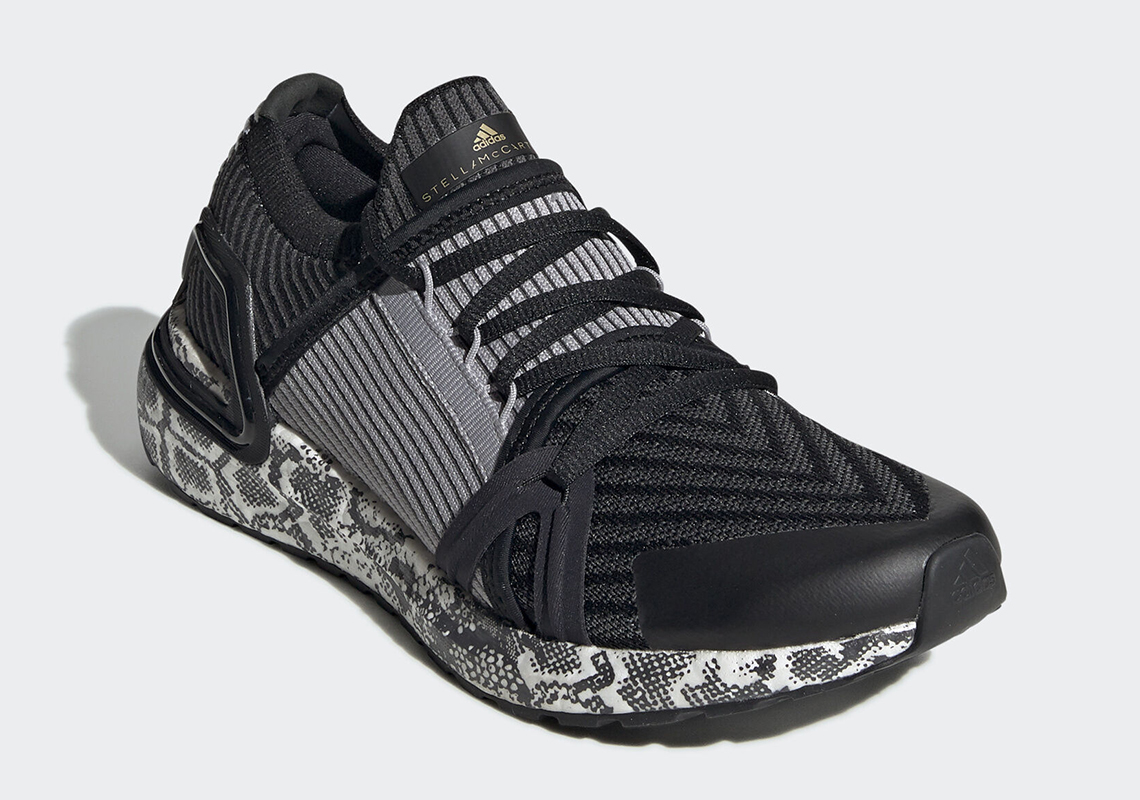 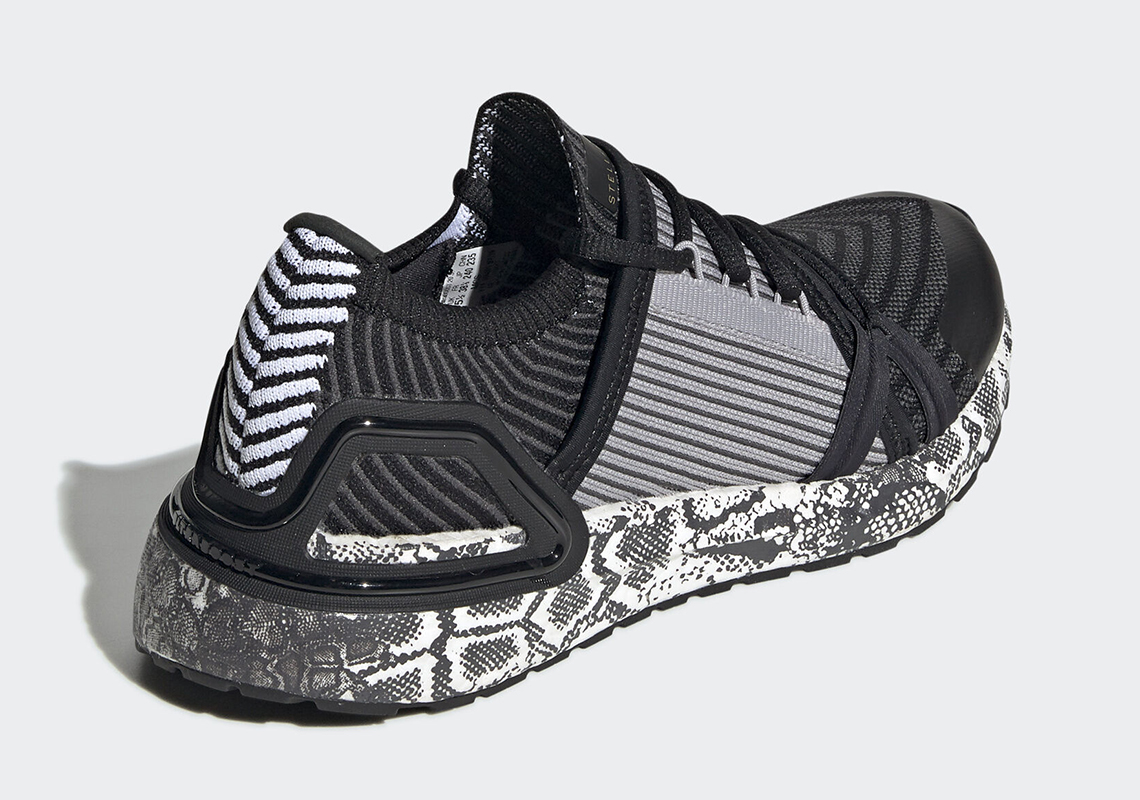 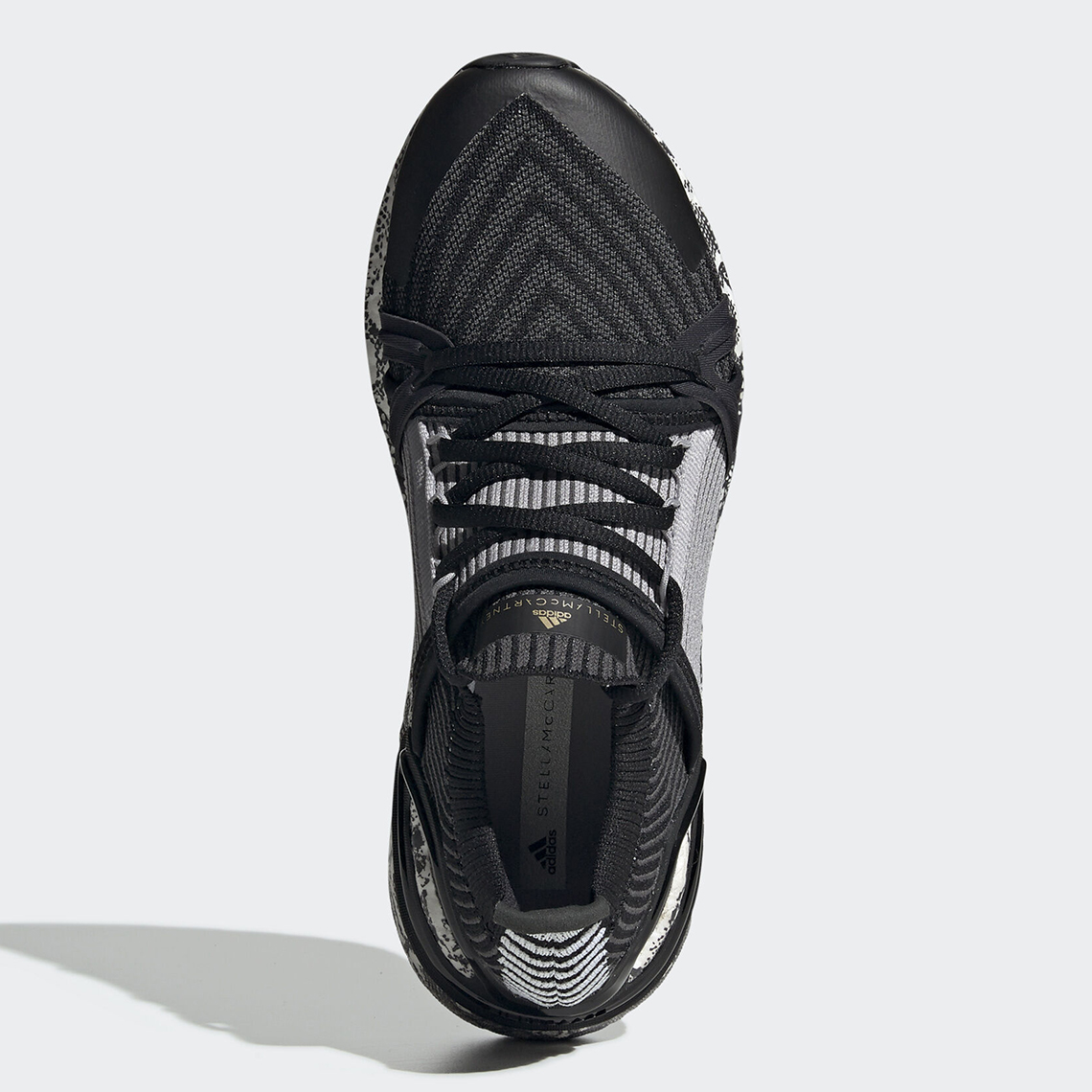 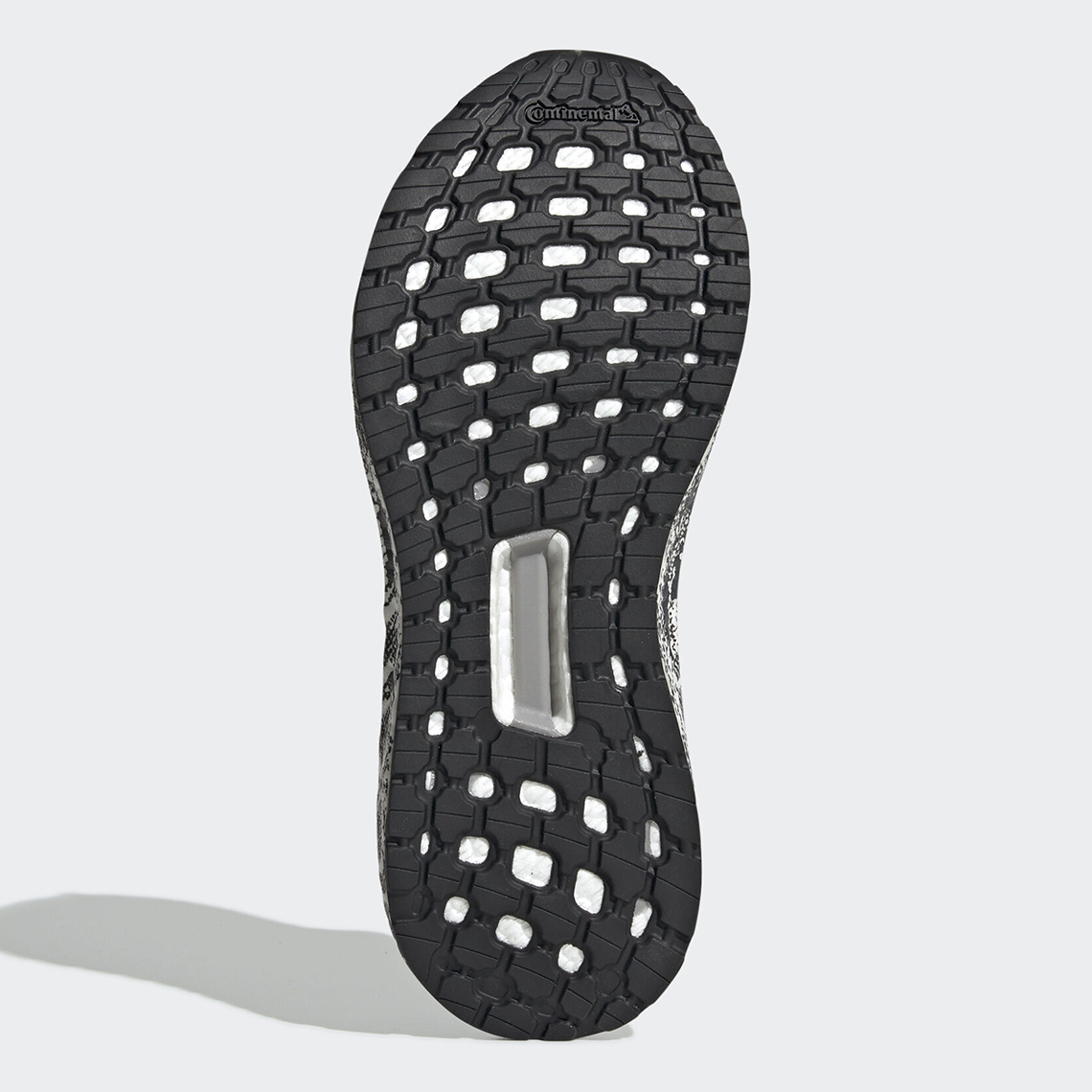