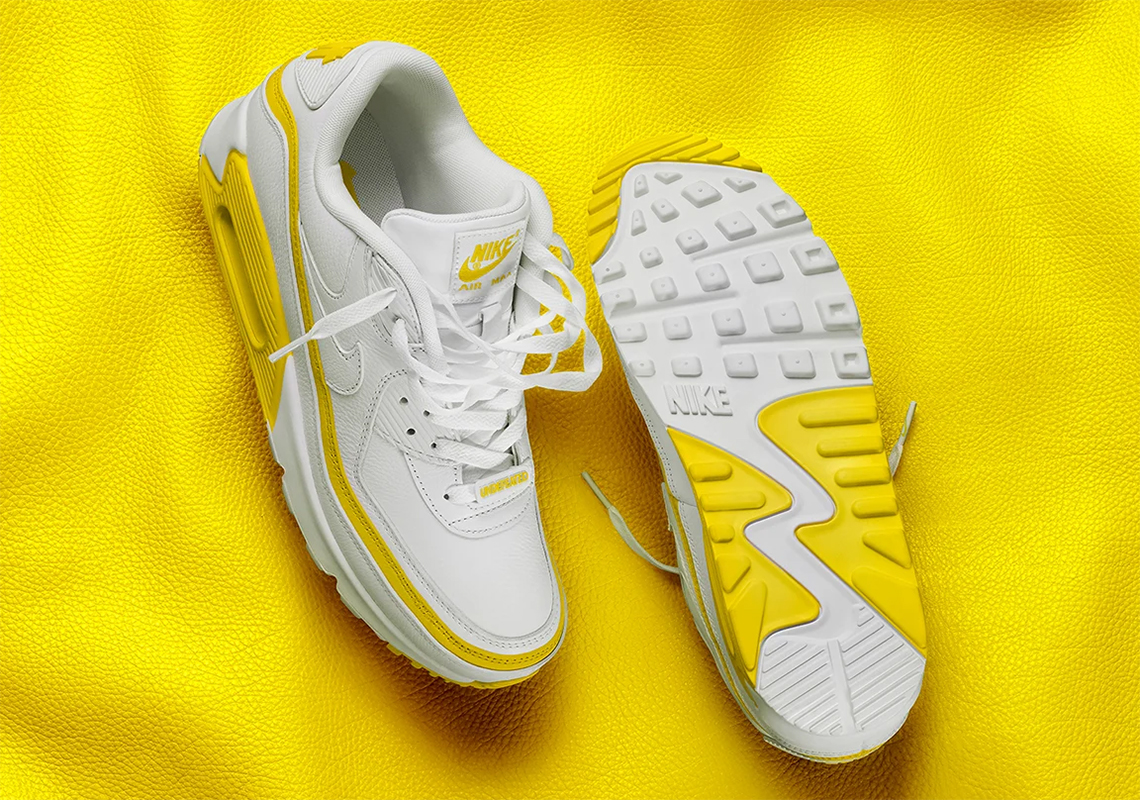 Teased in full only last week, UNDEFEATED‘s flirtations with Nike’s Air Max 90 has wrought many a colorway, some even exclusive to the now legendary imprint. Among the more general set, however, the “Opti Yellow” duo is by and large the most vibrant next to its coinciding “Laser Blue” alternate, two primary hues chosen to embody the motocross jackets that were once trending within the 90s New York hip-hop scene. Of the black and white bases, here we find the latter, the lighter option whose focal tones more so complement than contrast compared to its polar opposite. All details, though, are near piece-for-piece the same: the five-strike logo signature to the street imprint, the 3D effect of its panel constructions, and the subtle branded insole relatively hidden within. Smooth leather constructions are luxe all around with accents from the swoosh to the ribbed paneling preferring the singular neutral, making for a quiet entry to the eight-part pack crafted to help open up the silhouette’s 30th birthday. Grab a detailed look at the pair right here and find it rolling out to Nike SNKRS on December 30th with an early UNDEFEATED release on December 27th. 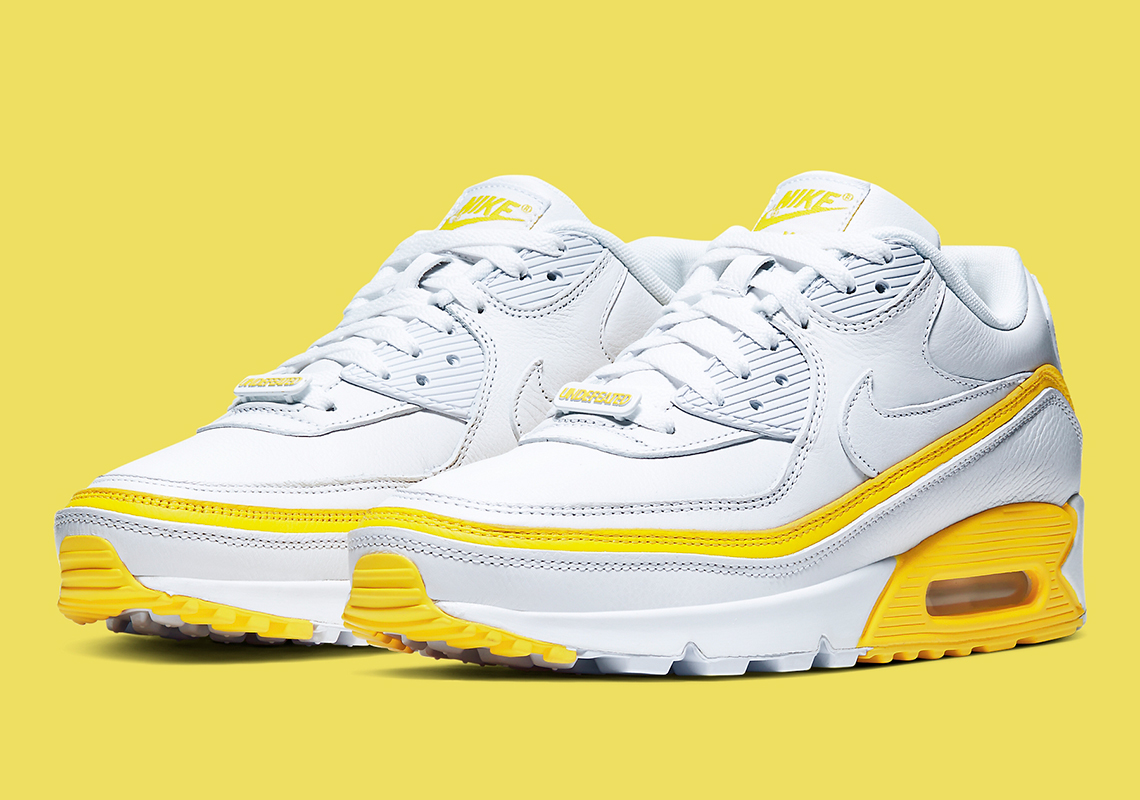 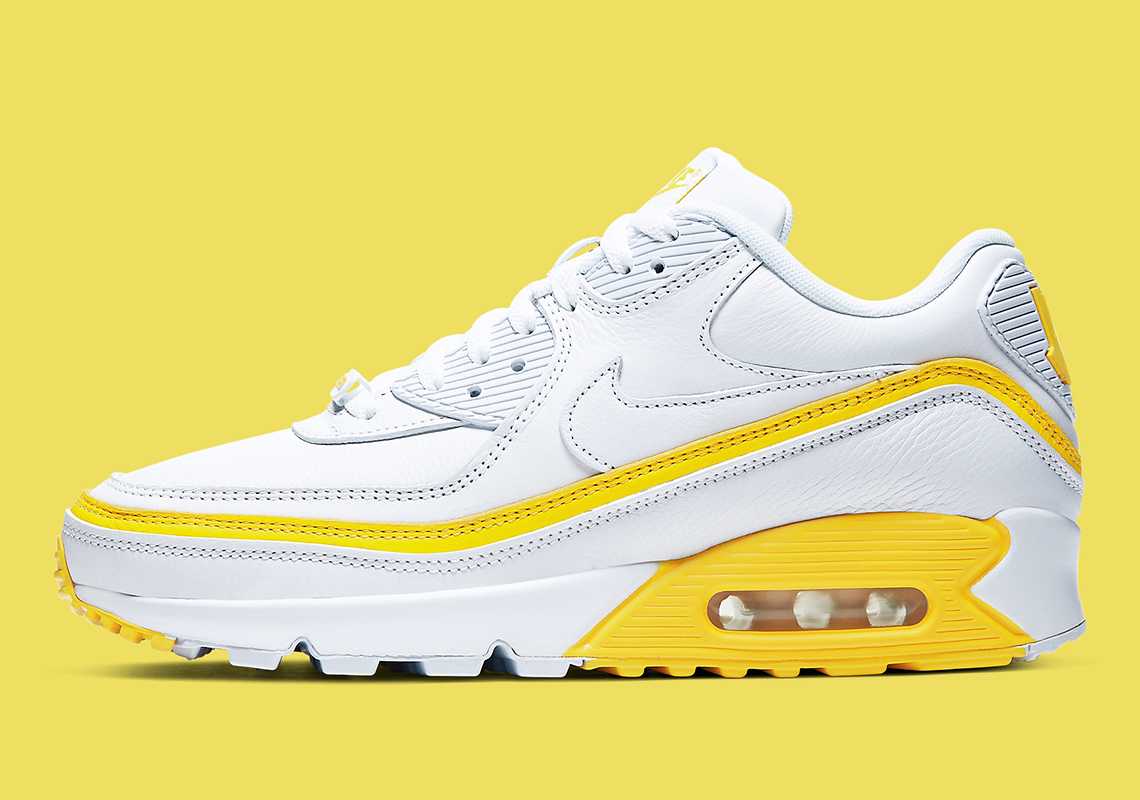 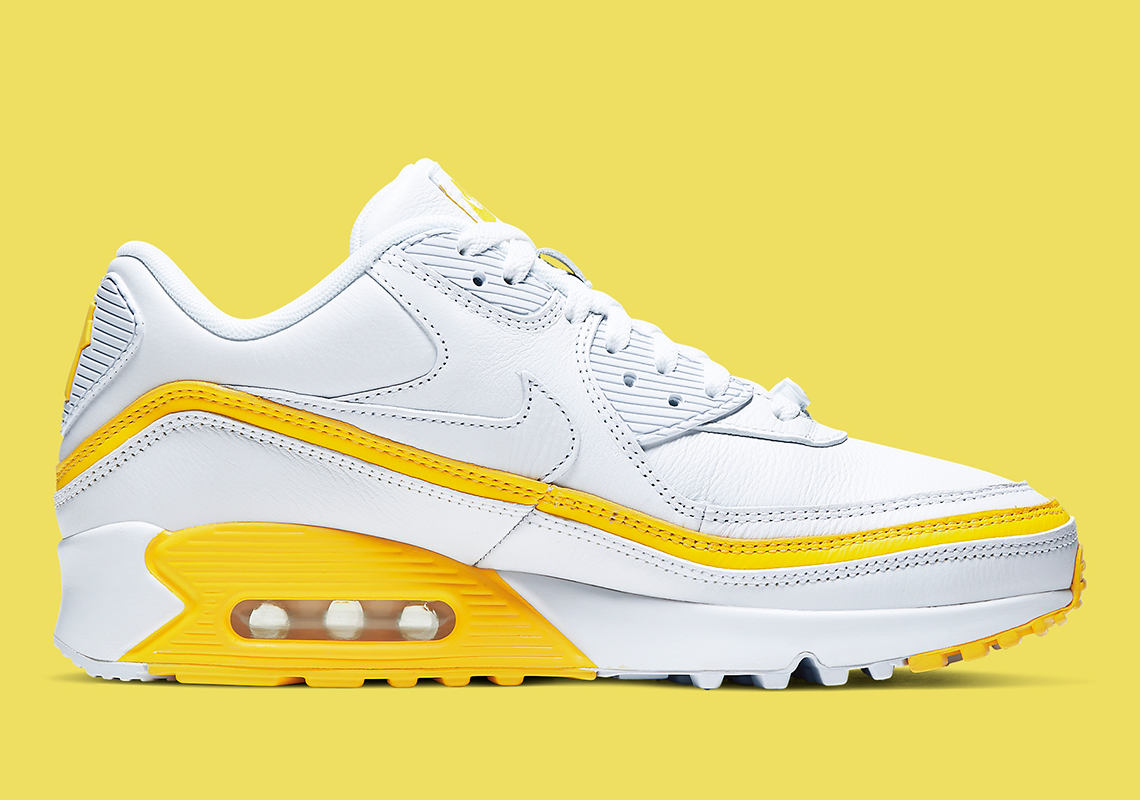 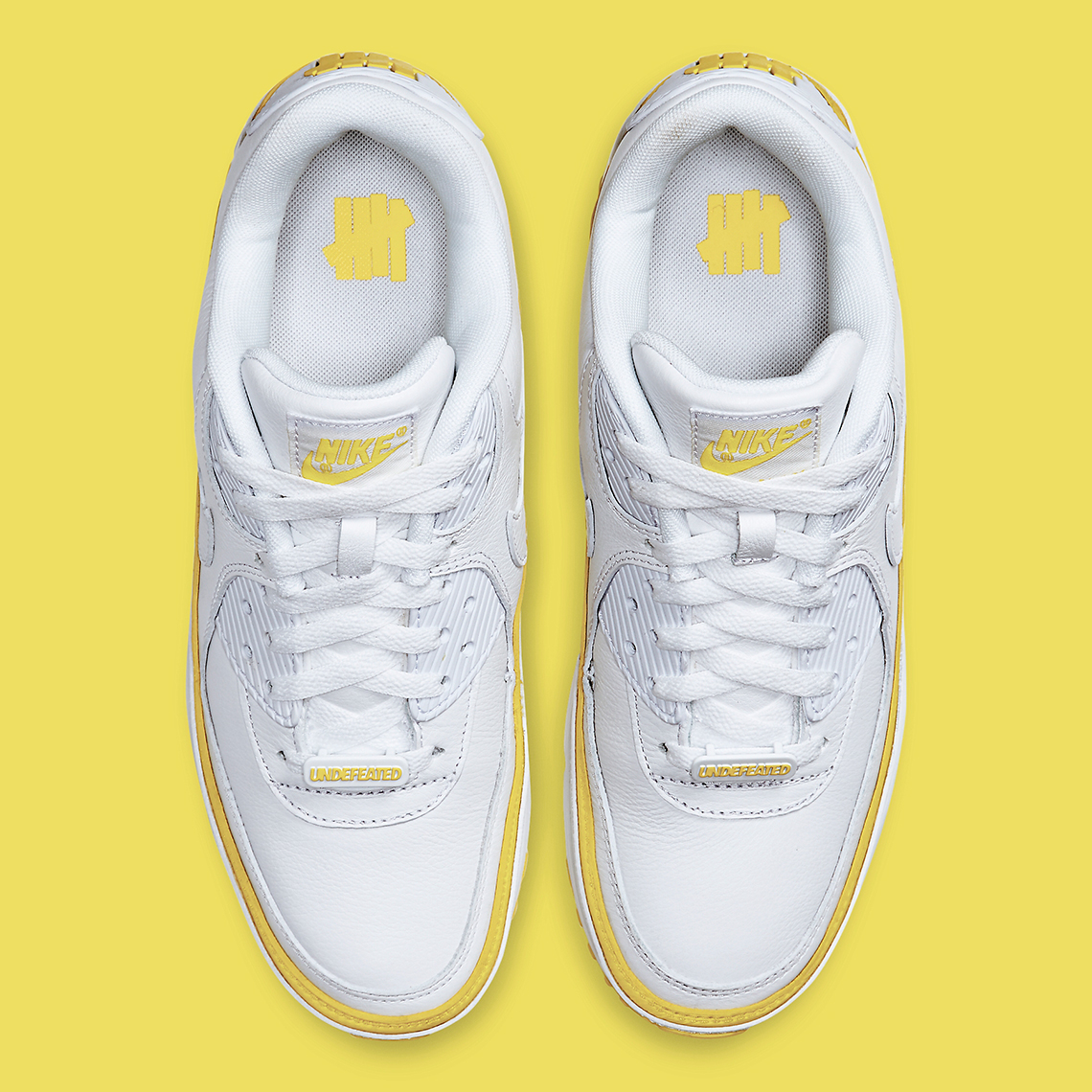 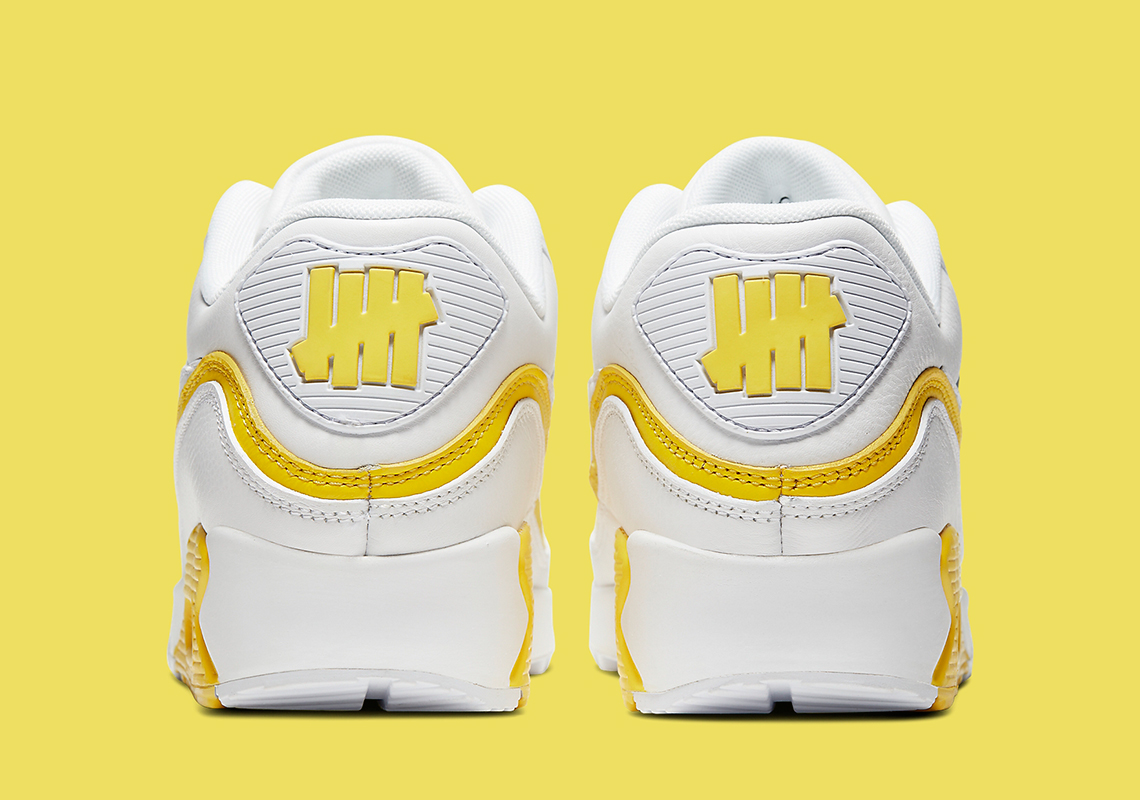 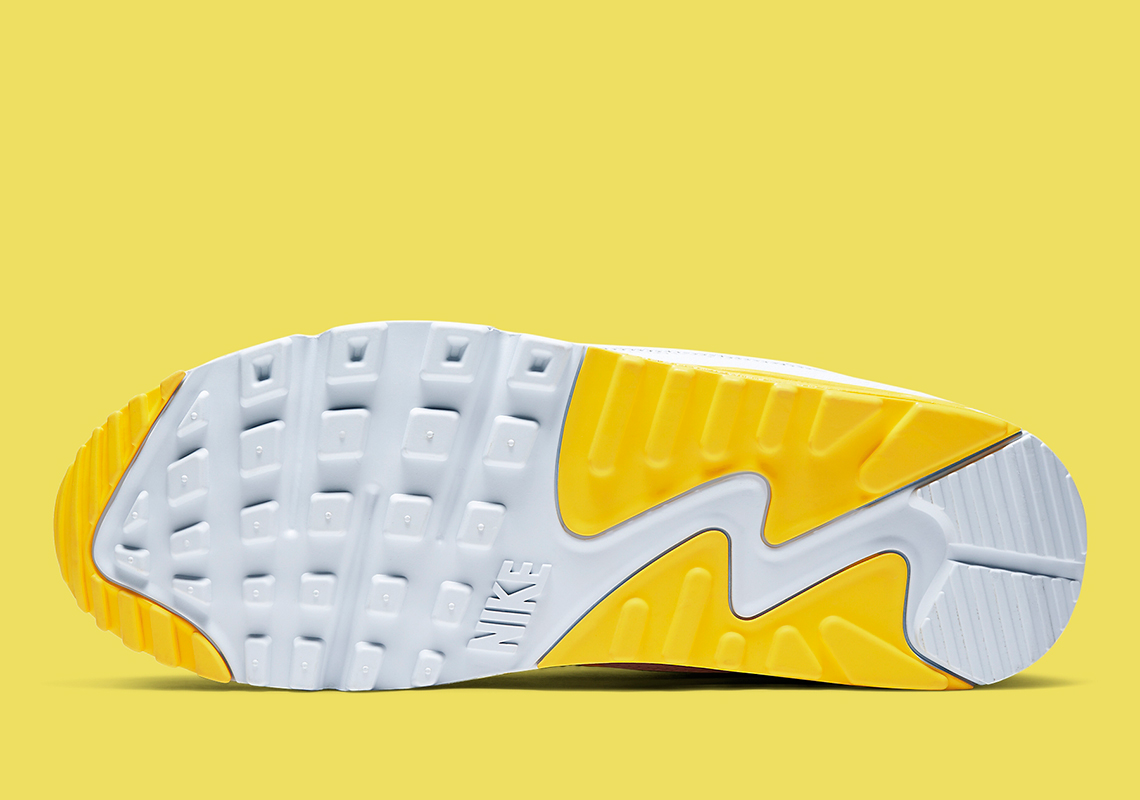