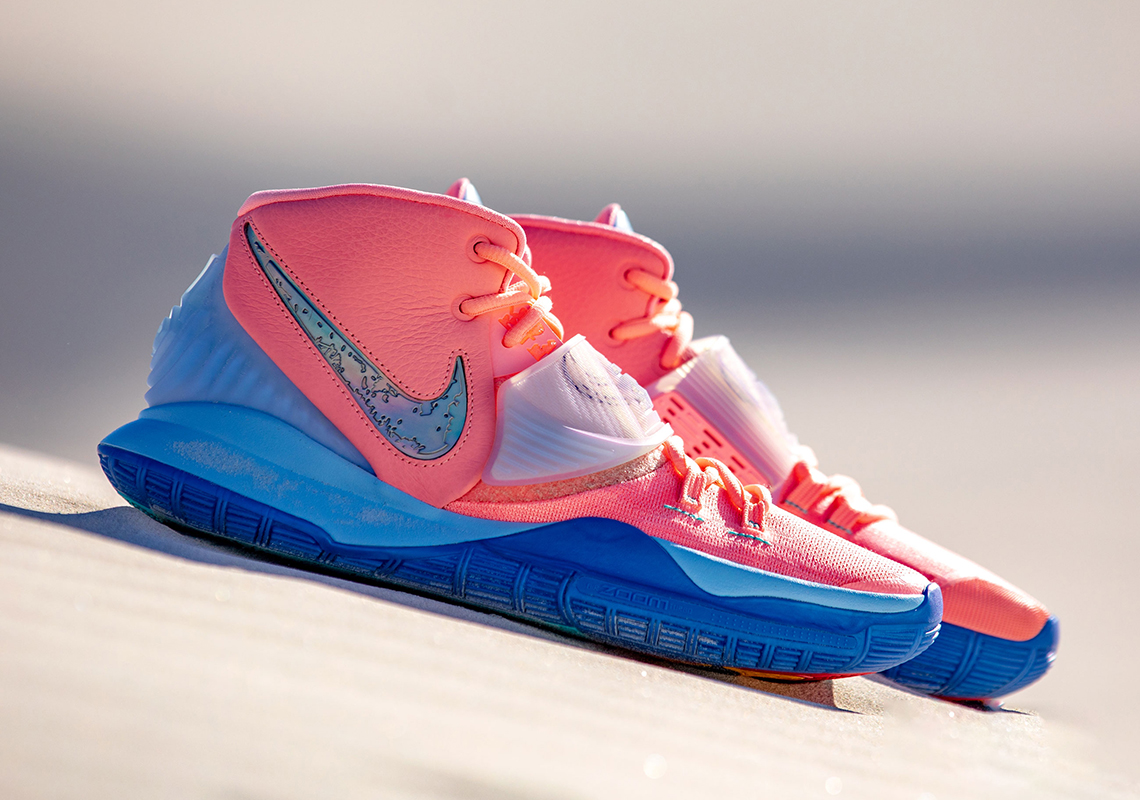 Always quick to tease — agonizingly so — every one of Concepts‘ Nike collaborations are spectacles in and of themselves, going above and beyond in imagery, packaging, and overall theme; the latest, set forth onto the Kyrie 6 once again, heads back to the Sahara for two takes, one adult and one kids, of the Kyrie 6 silhouette. Always left in goods hands if its under the famed Boston retailer, the model comes alive in two distinct inspirations, both featuring details influenced by Egyptian culture: stylized lettering, religious lore, fundamental beliefs, and much more all included.

The first, dubbed the “Khepri,” dresses up as the solar deity in what is the most colorful of the sort while also being much more inclusive in terms of its size run; hits of pastel salmon pinks encompass much of the knit and smooth leather upper, the latter crinkling at the edges of its depressed swoosh whose finish matches the silver metallics of the tongue emblems. Bright blue laces sit just underneath the supporting midfoot strap, not obstructing view from the symbols laid just within the translucent shell. SOle units complement this cool temperature, switching up from shade to shade along its midsole and tread pieces. Accompanying — and much more exclusive as its grade school and preschool roll out — affixes more pharaoh themes with gold and black striped detailed finishing with hieroglyphics aplenty. Matching speckling adds further luxury towards the foxing, adding color to the rest of the embellished white upper with striking blues at the embroidered swoosh and bottom as well as red along the logo lettering.

Grab a detailed look at the entire capsule right here, and if you’re interested in picking either up, they’ll both be available on December 27th at Concepts’ Boston and New York locations while online at 11am ET. A wider drop of the “Khepri” will follow shortly after at EU retailers on December 31st. 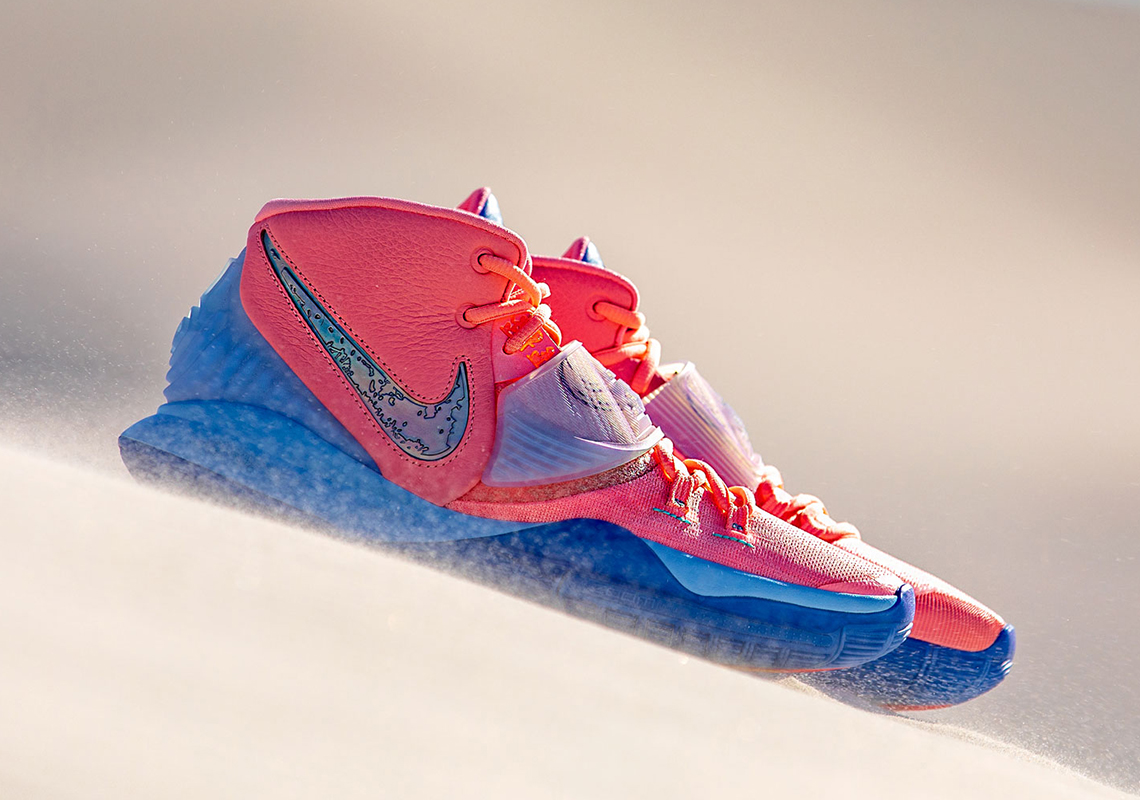 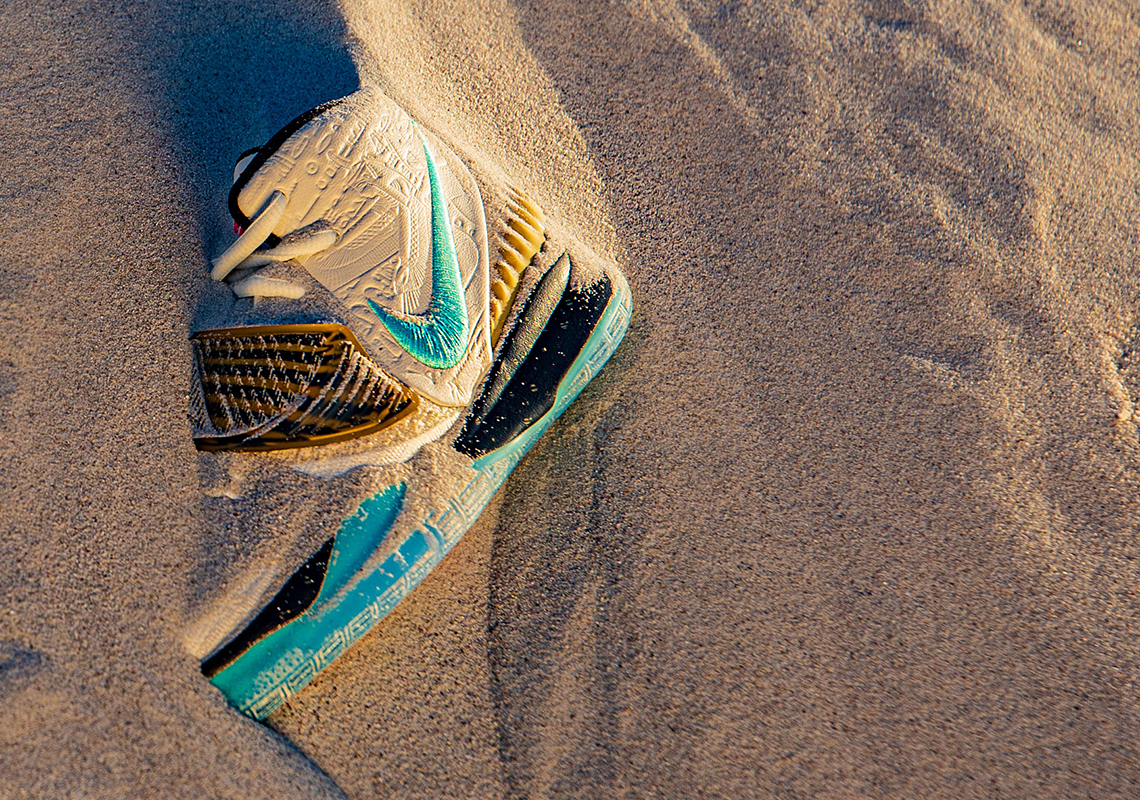 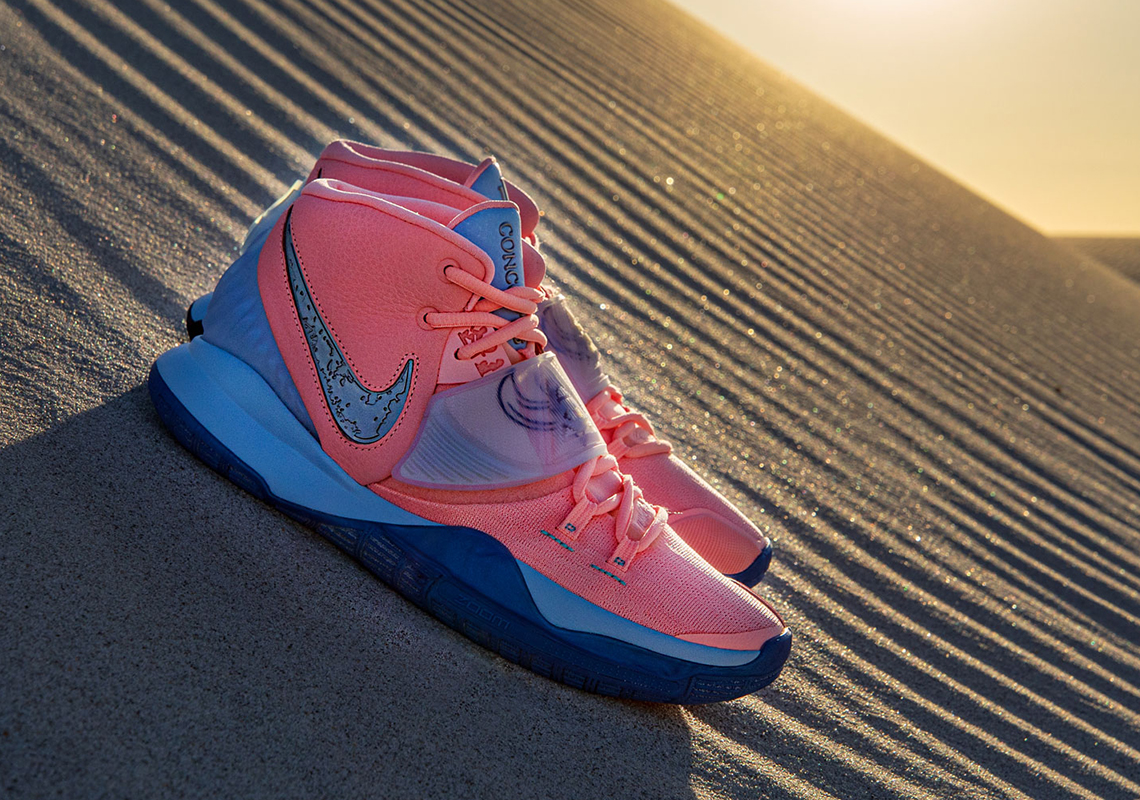 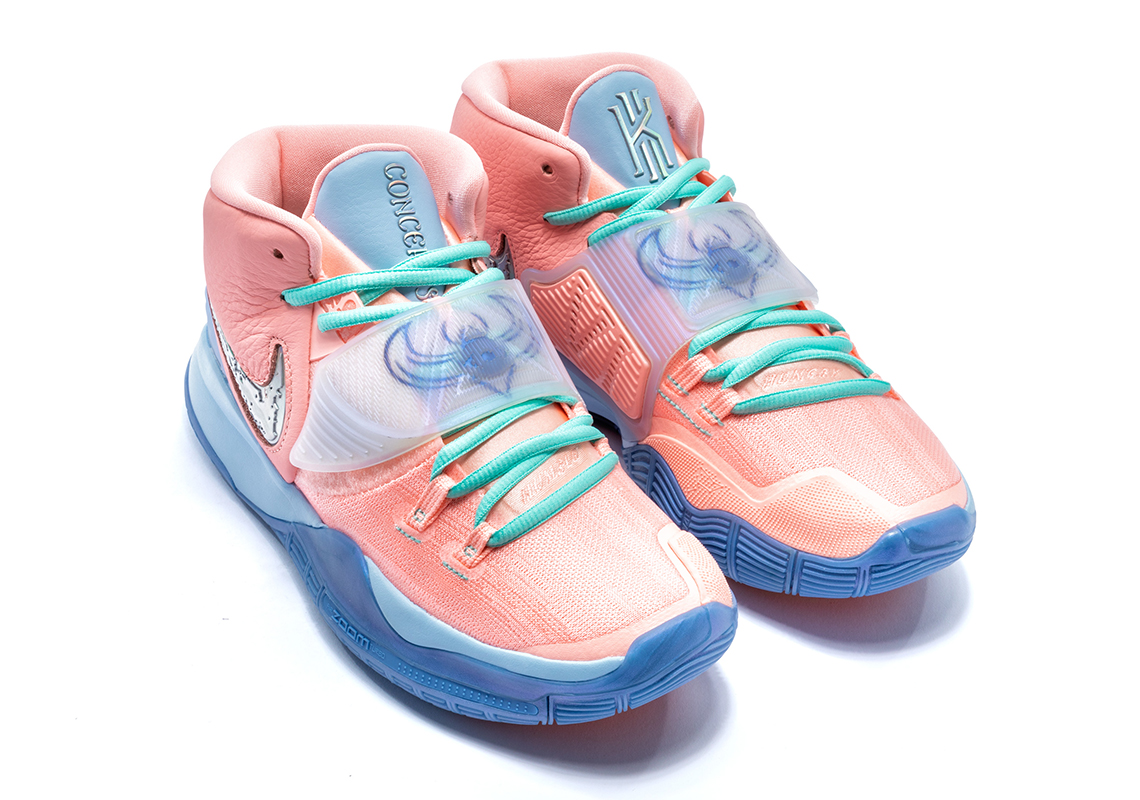 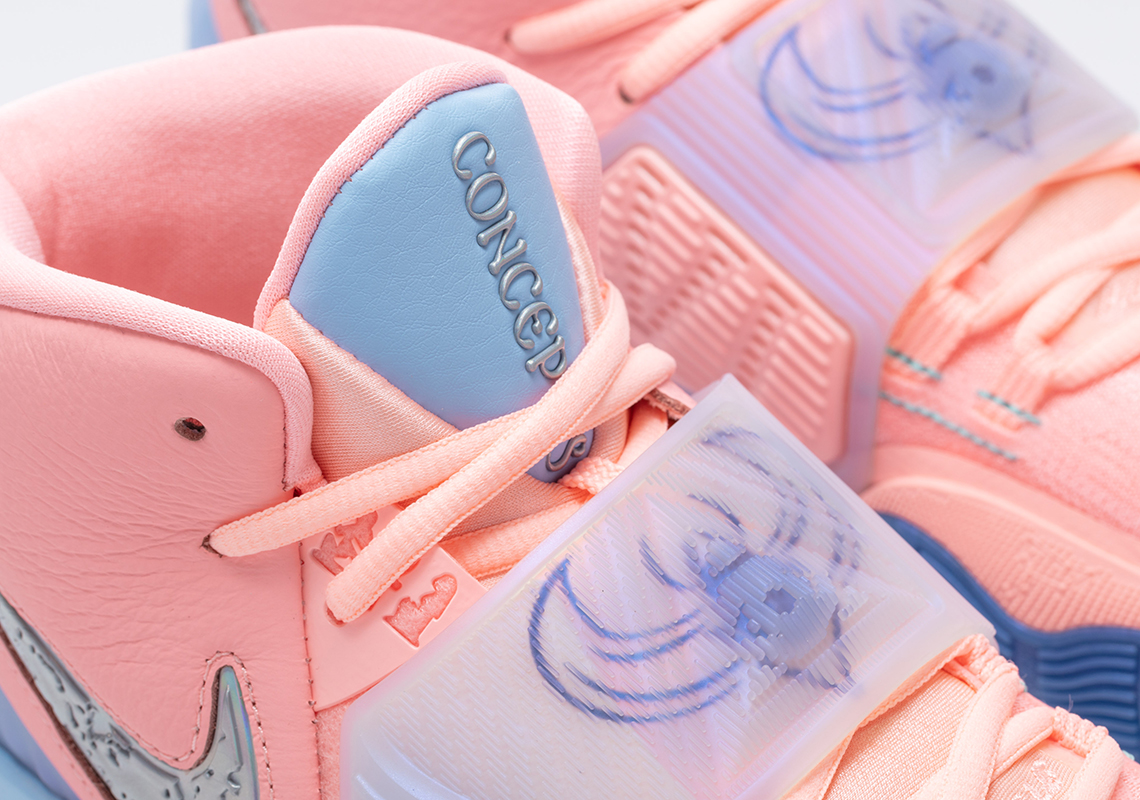 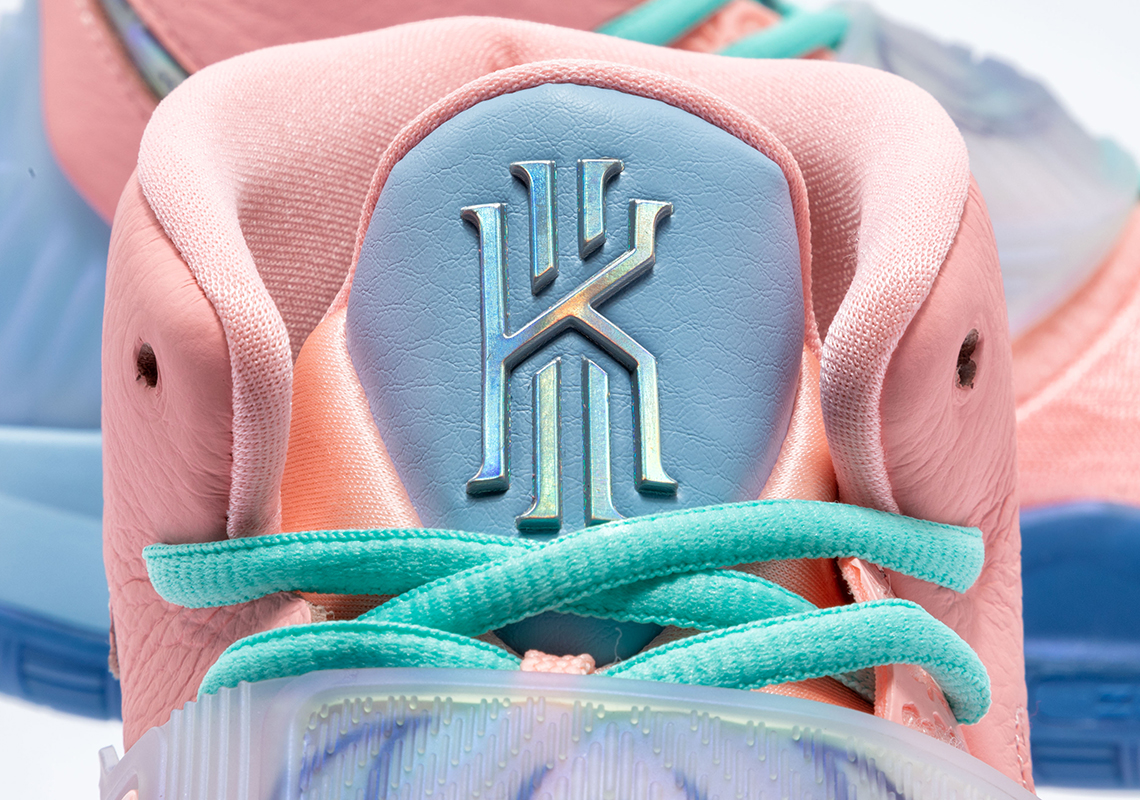 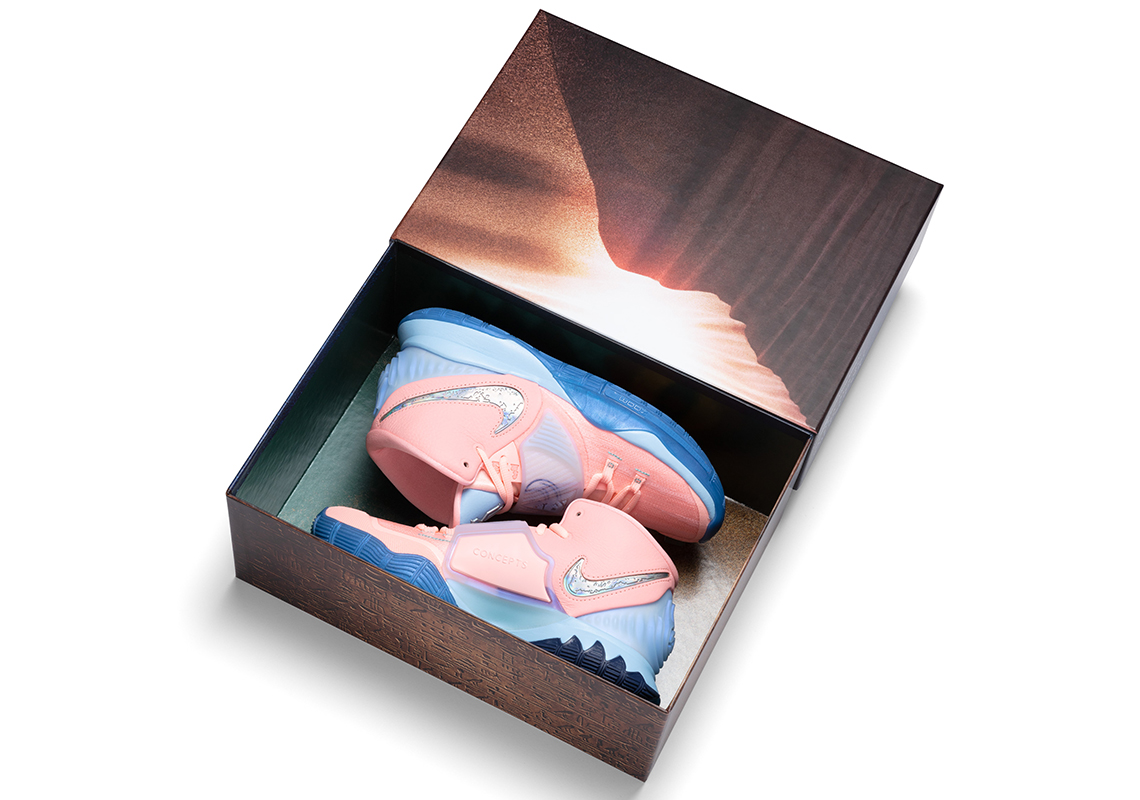 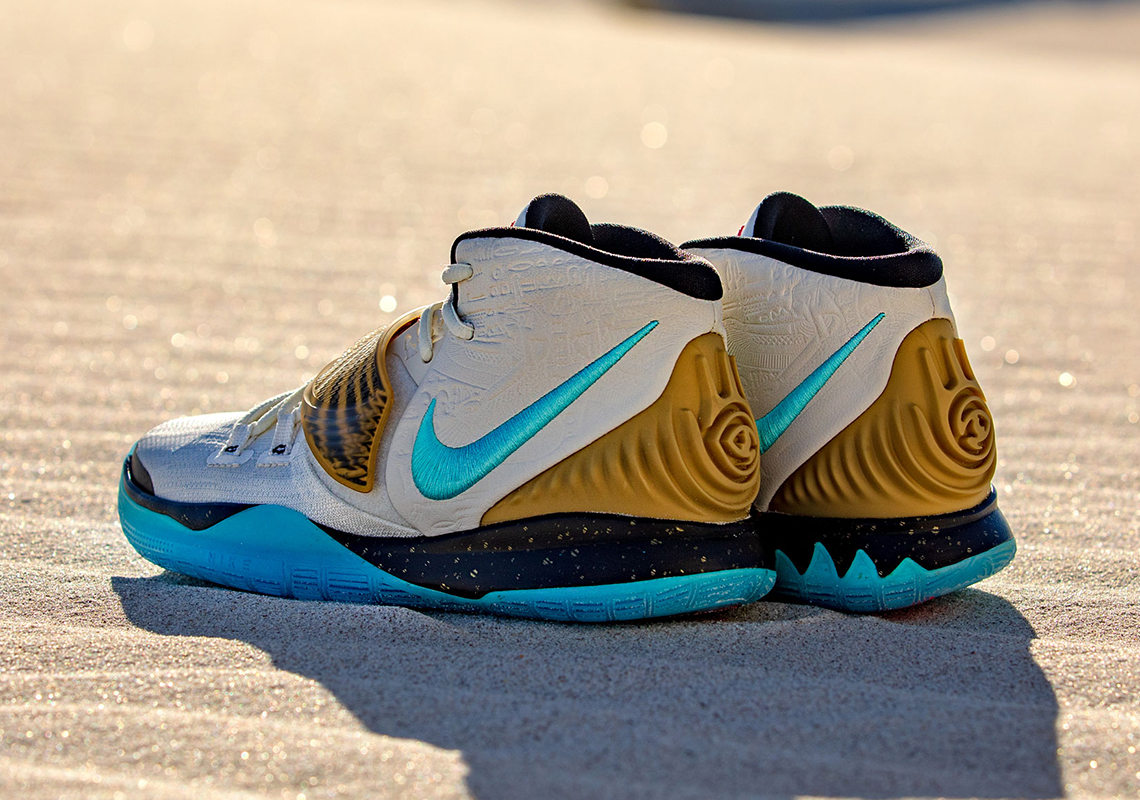 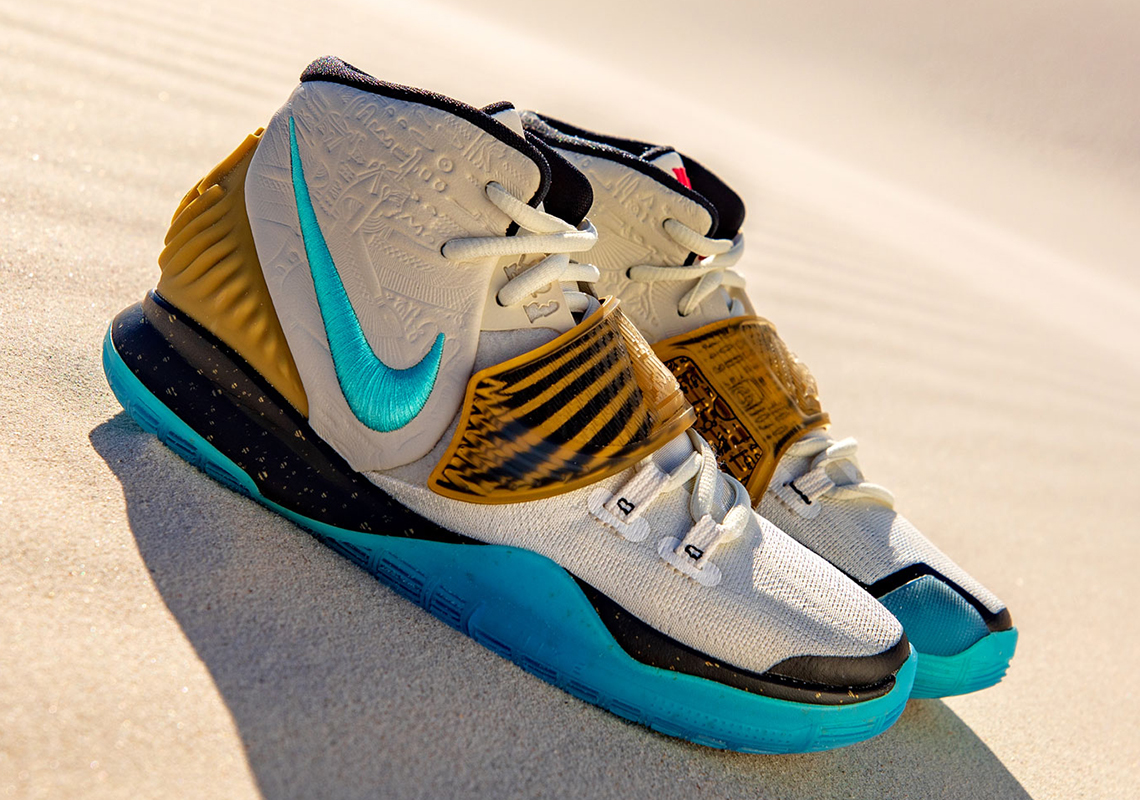 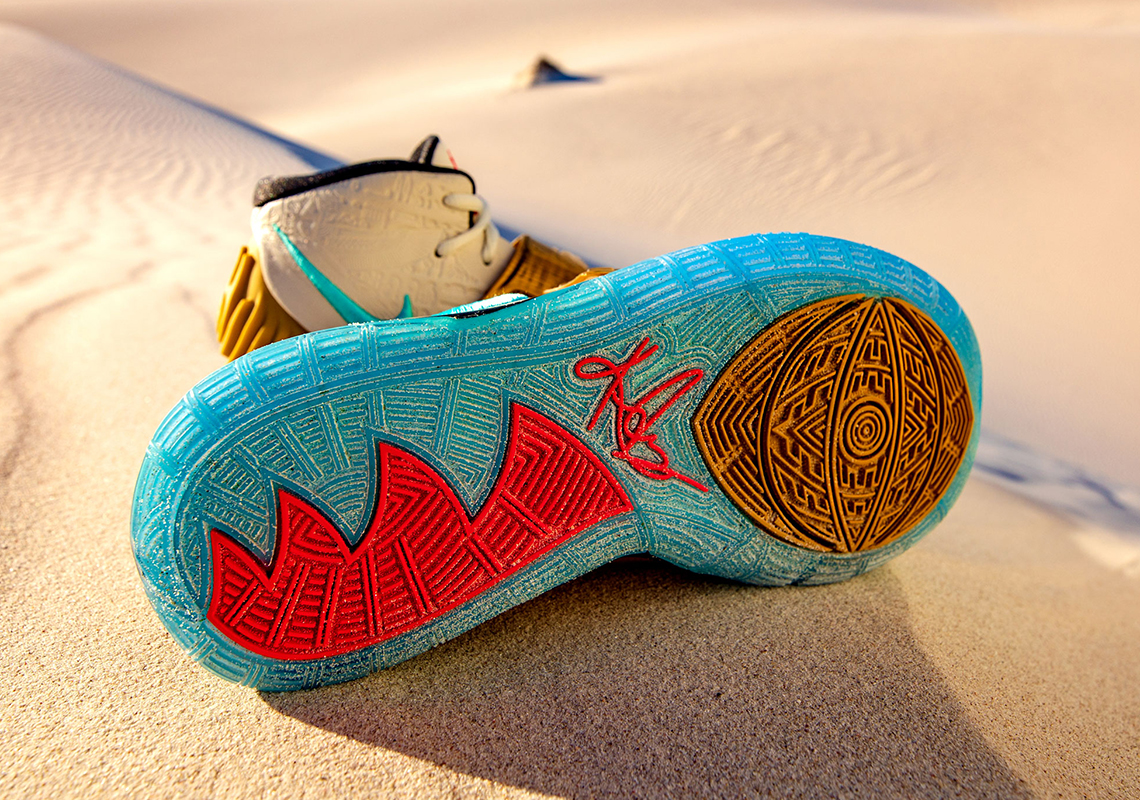 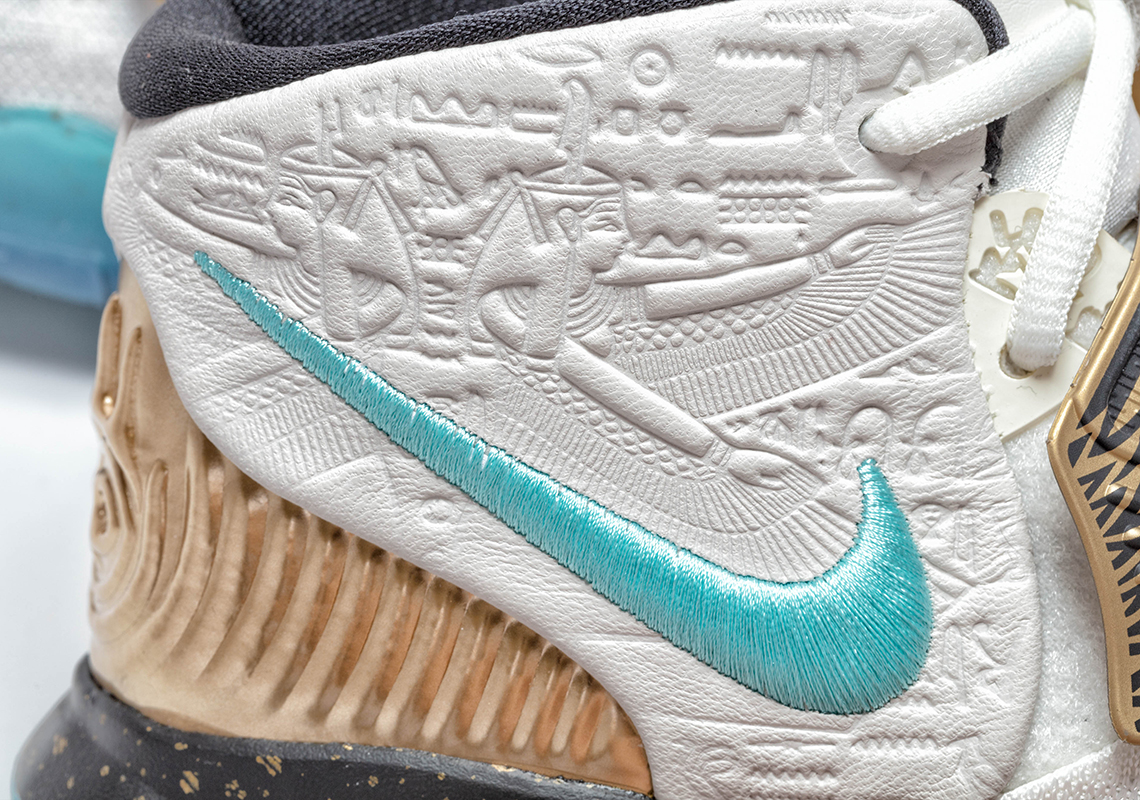 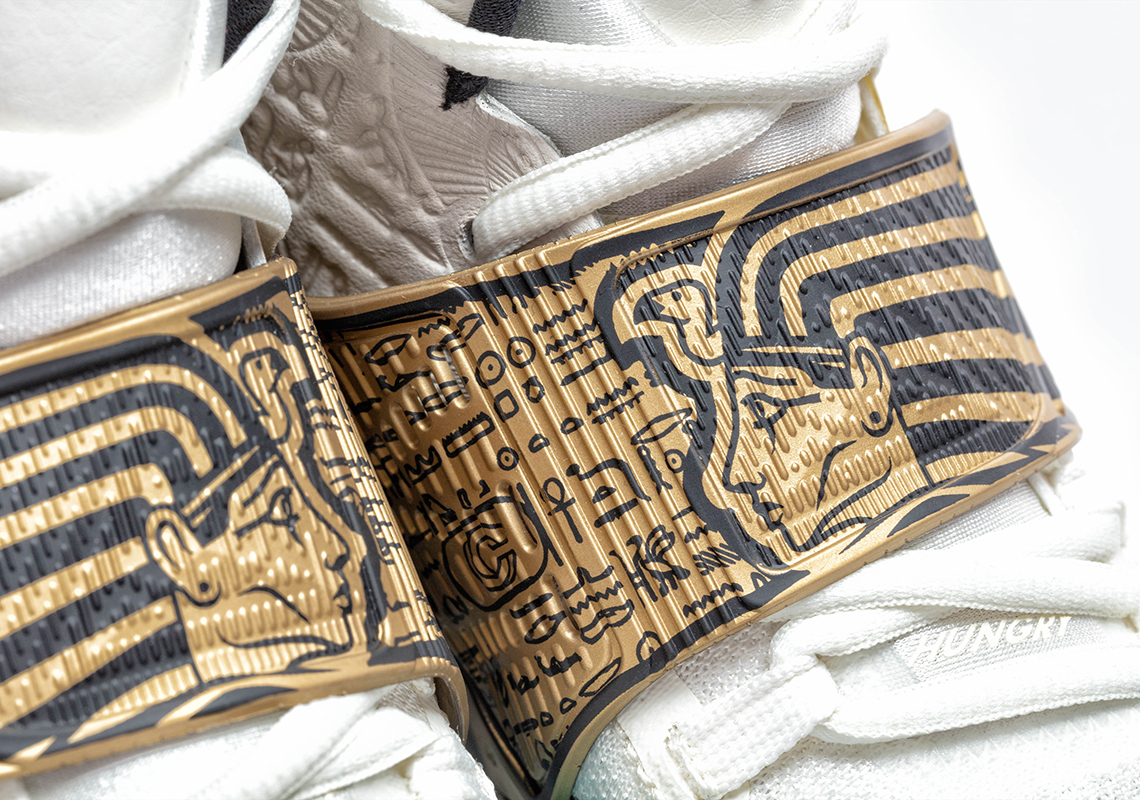 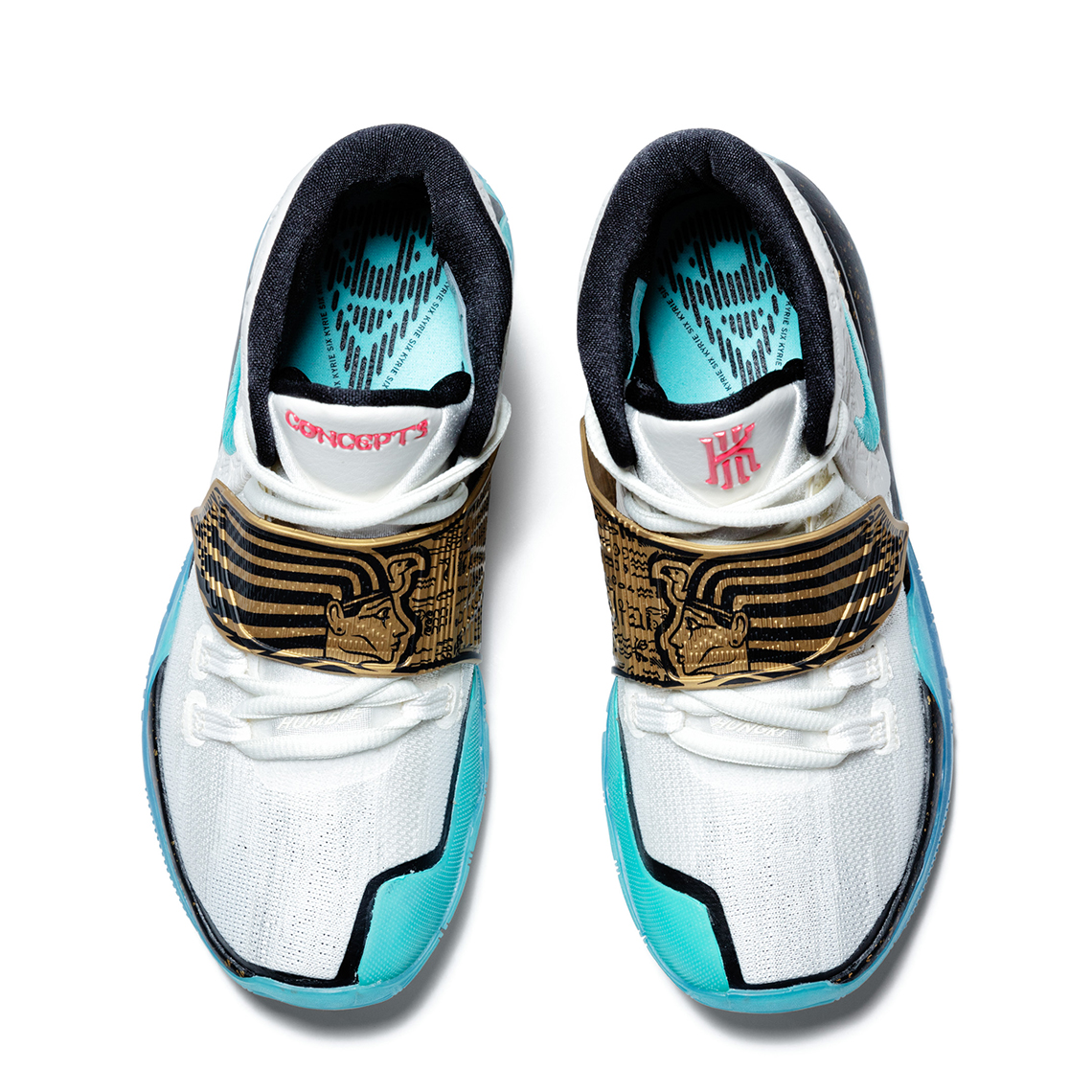 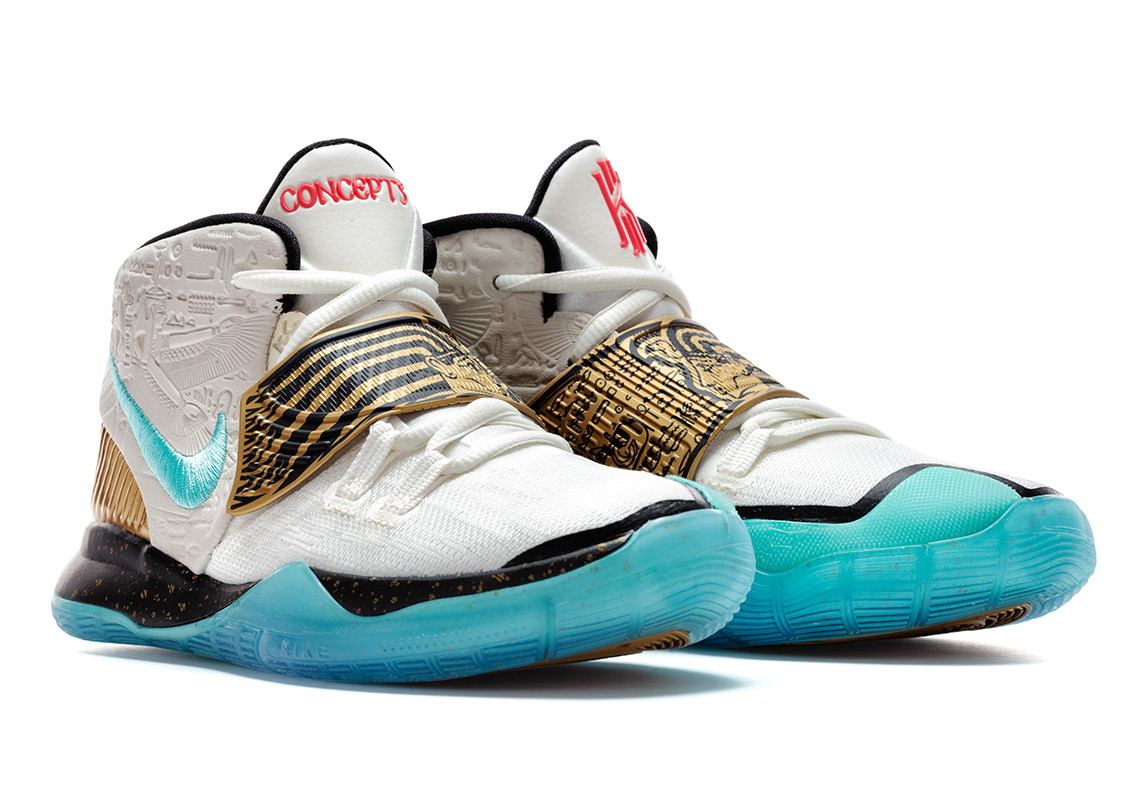