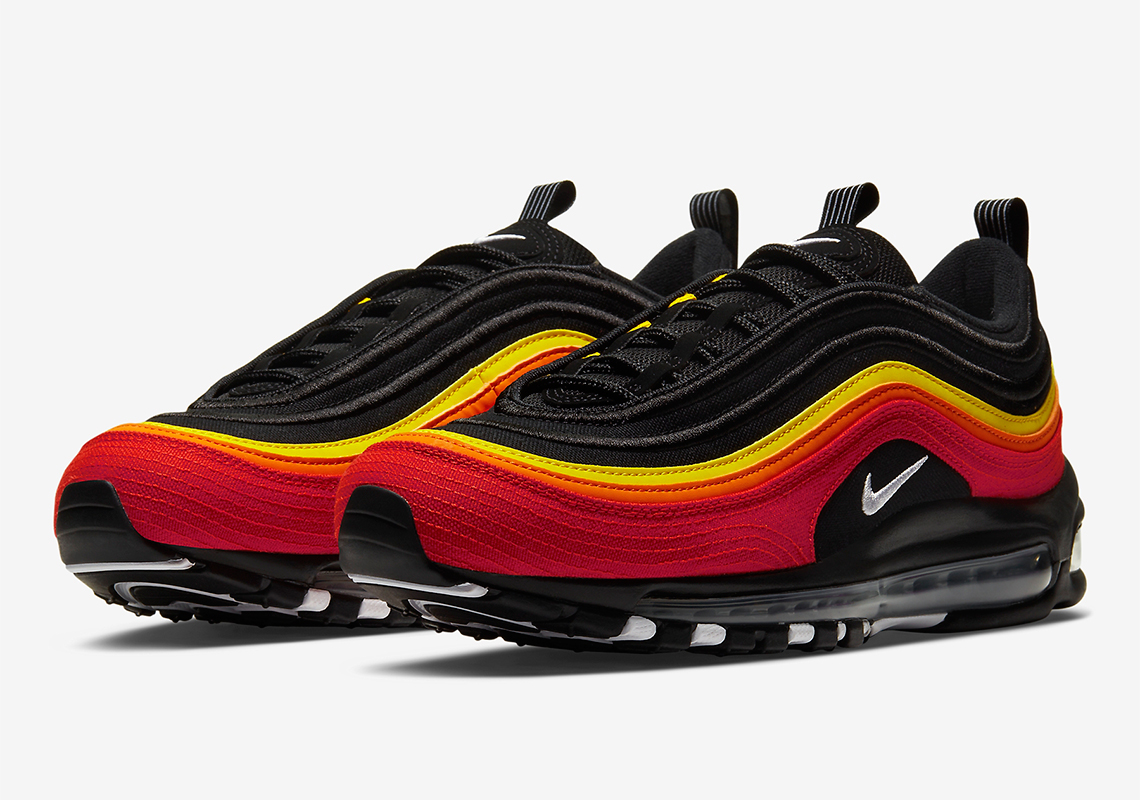 Early last month, Nike first announced its partnership with the MLB, confirming themselves to be the official uniform provider of 2020. Embroidered with the their standard check, team jerseys from the Astros to the San Francisco Giants are all on display, enabling a large roster of signature colors to draw from months thereafter. And now that their efforts have finally bore fruit, we’re able to catch a glimpse at one of the many commemorative footwear releases to come — the first in line being the Air Max 97. Ambiguous to say the least, though firmly crafted in homage as evident by its baseball-themed insole graphic, the pair paints on colors bold that seem to have no overt connection to any of the participating teams. Seemingly universal, red fills in the lowest layer of paneling, stitching along its canvas construction with an inordinately pronounced thread; orange and yellow found immediately above prefer a more structural smooth leather piping while the rest of the upper lies low by way of a full black ensemble. Woven thread on the latter, however, lends with it a fair bit of gloss for contrast while mesh textures across the tongue break out alongside the branded tab at its peak and the striped pulls nearby. Swooshes, both at the aforementioned as well as along the profile, brandish in silver while sole units play on the same tones through its outsole molds — constructions that embed within a jeweled tiger stripe emblem.

Grab a detailed look at these AM97s right here and expect a release to surely arrive at Nike.com within the next few months. 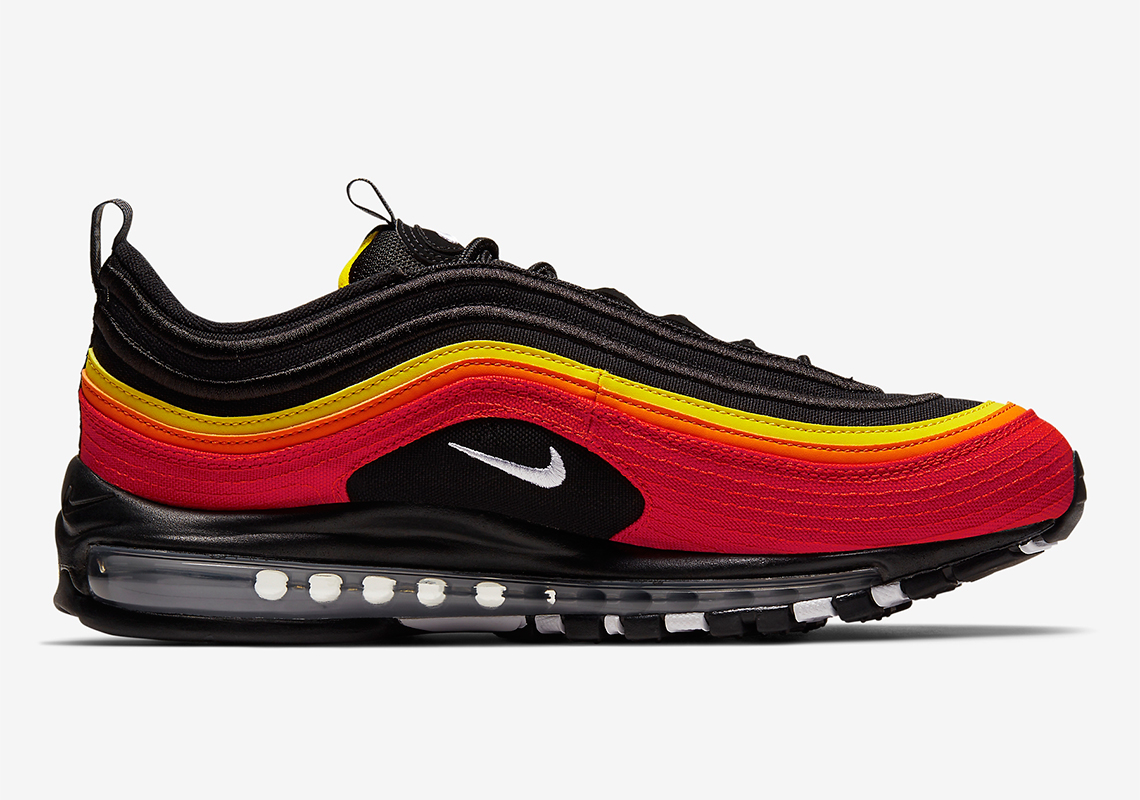 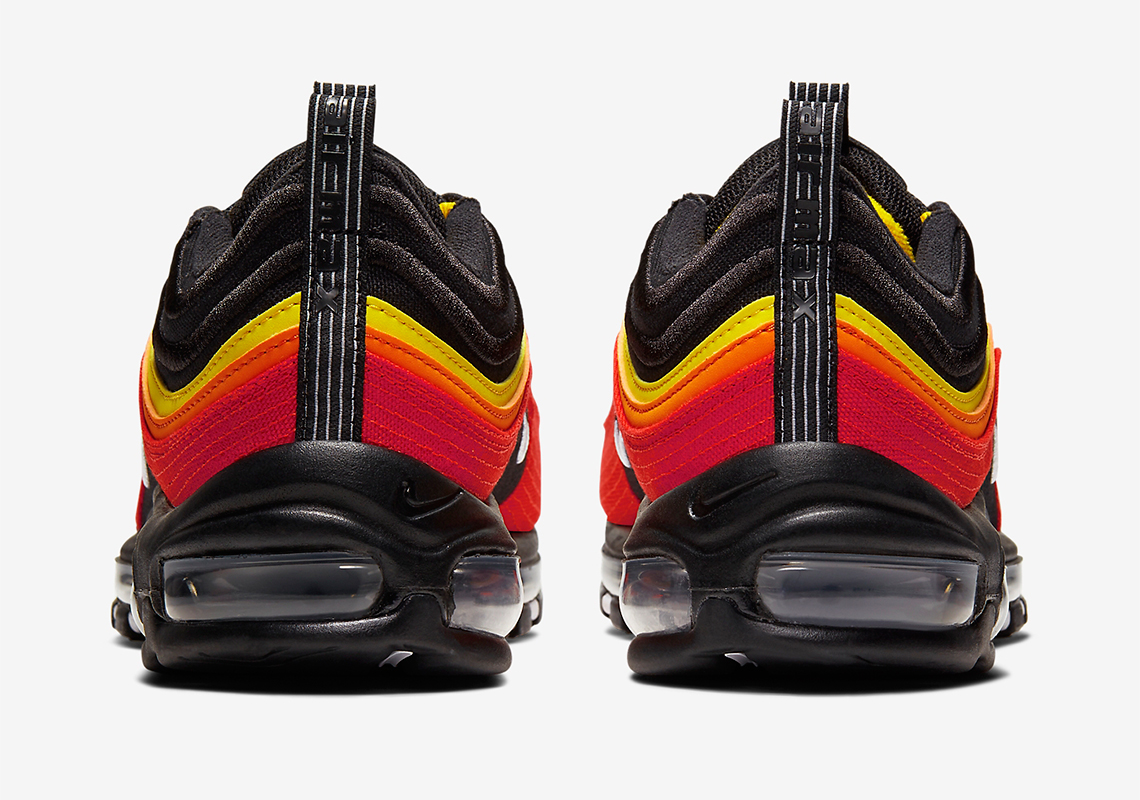 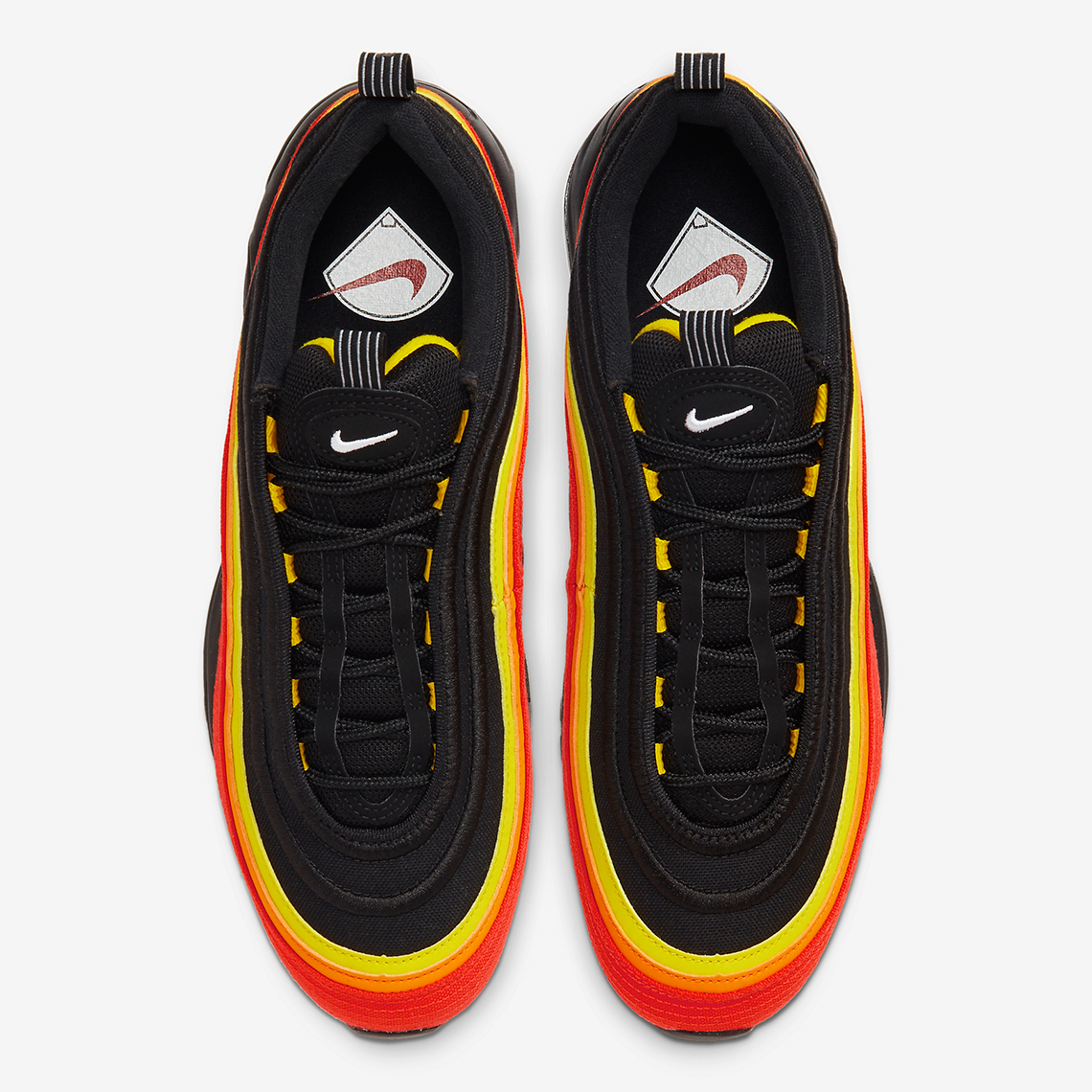 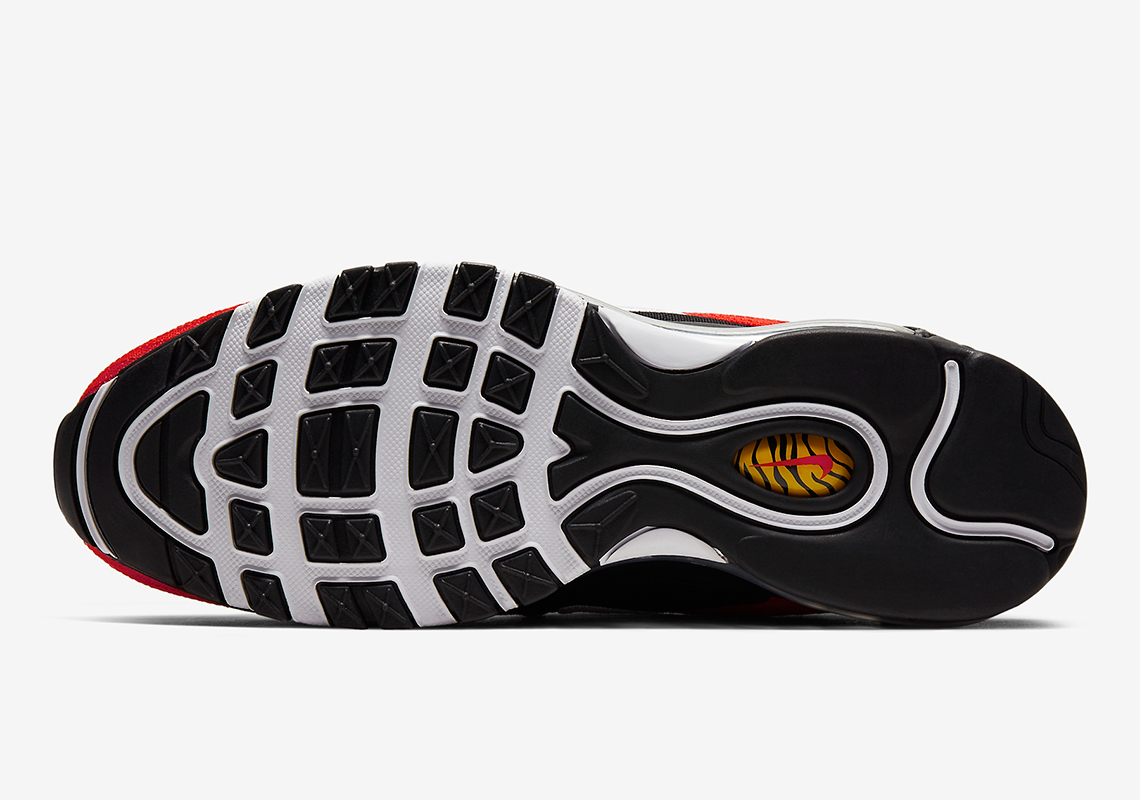