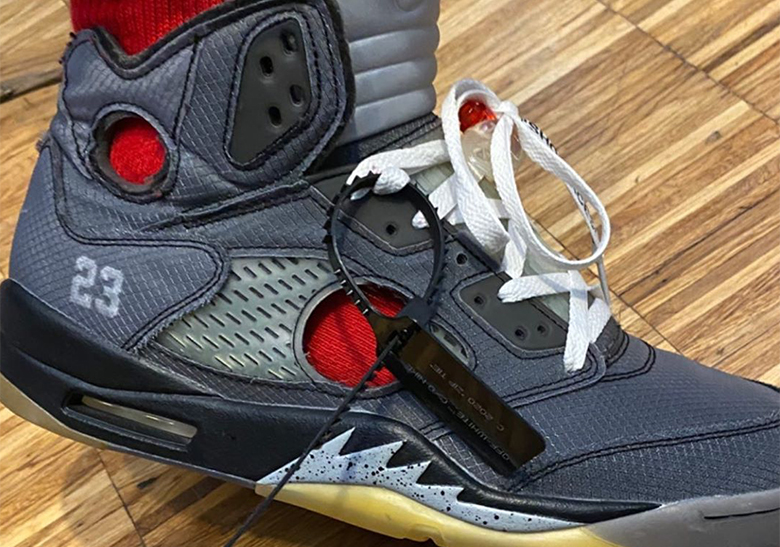 Though Virgil Abloh‘s relationship with Nike has been a long one, his extension into Jordan Brand has been relatively short-lived, only ever translating his deconstructive aesthetic over to the Air Jordan 1 — and few at that. But now at the peak of Paris Fashion Week, it seems rumors and leaks of his forthcoming Air Jordan 5 are finally confirmed, being seen for the first time in great detail both on-foot and off. Some close-up images lends with it a solid peek at the outer construction, which diverts far away from the smooth leathers the model typically outfits in. These, which are synthetic with a slight grid akin to chainlink, dye a soft grey with contrast accents then covering by way of a louder white as well as black stitching. Cages complement in a somewhat ordinary shade with gum bottoms continuing, but along the side, it seems one can cut out circular windows for a bit of customization and flair with relation to your sock of choice. Signature helvetica then finishes along the medial side and laces with a zip tie rounding off the smaller but more discernible Off-White embellishments. Grab another quick look here and find it said to be releasing in February likely during All Star Weekend. 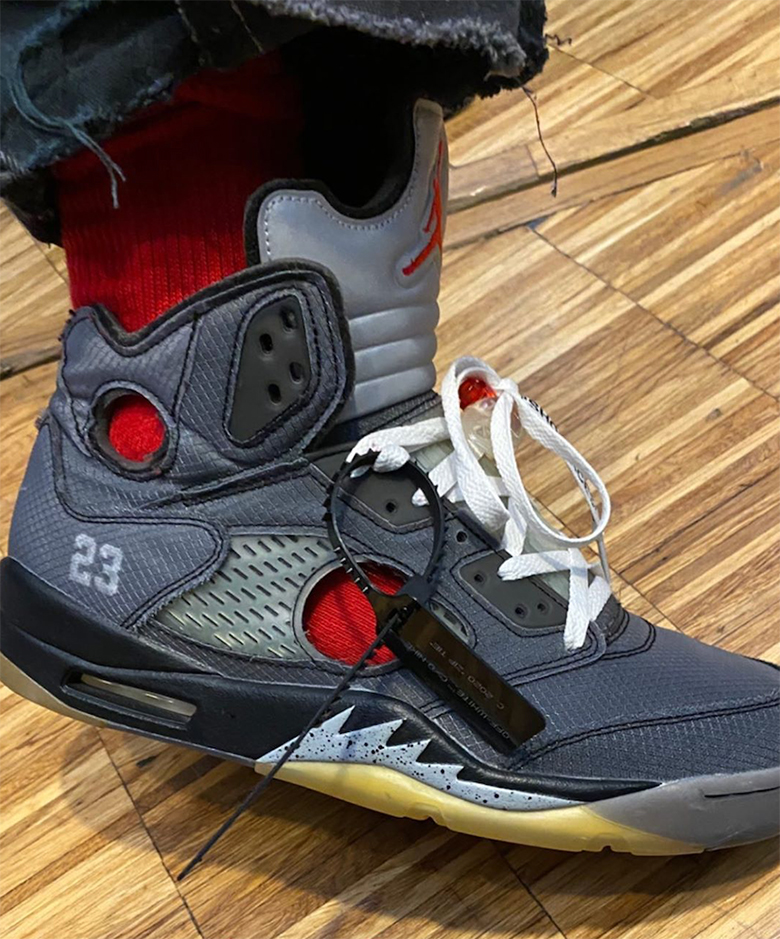 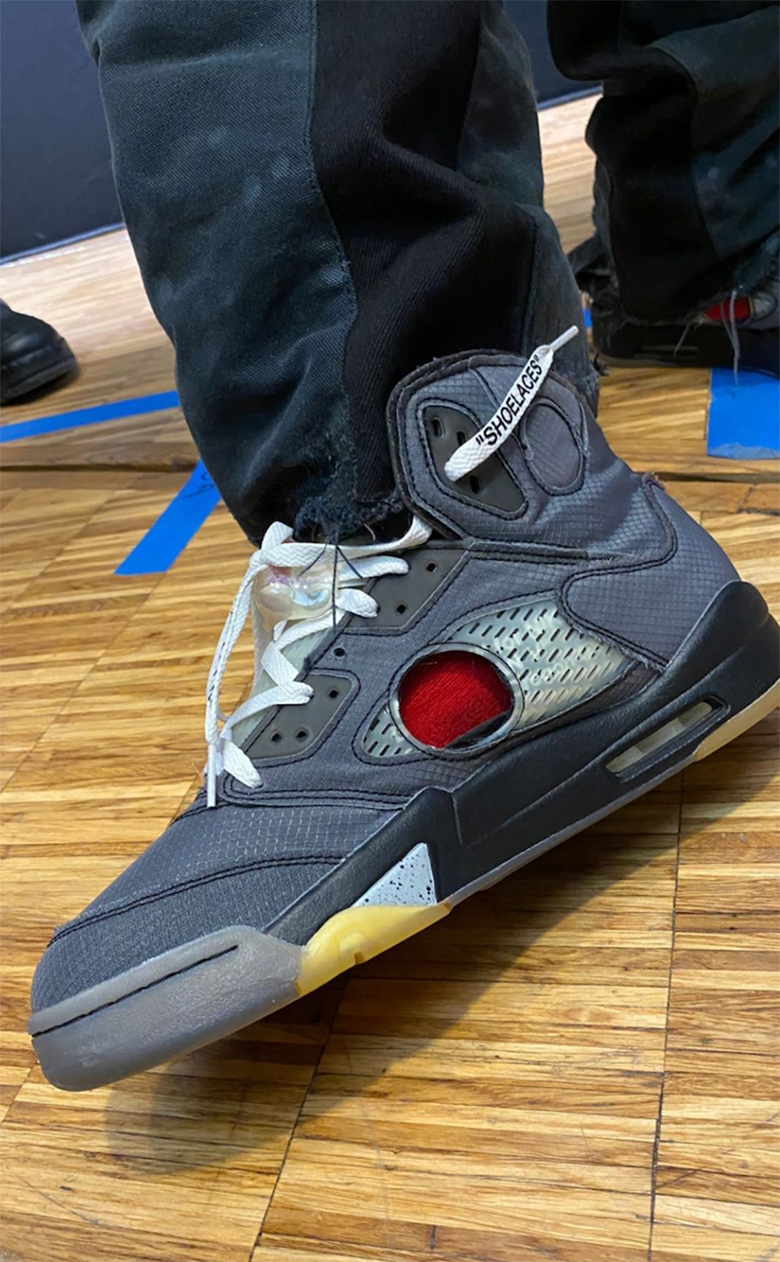