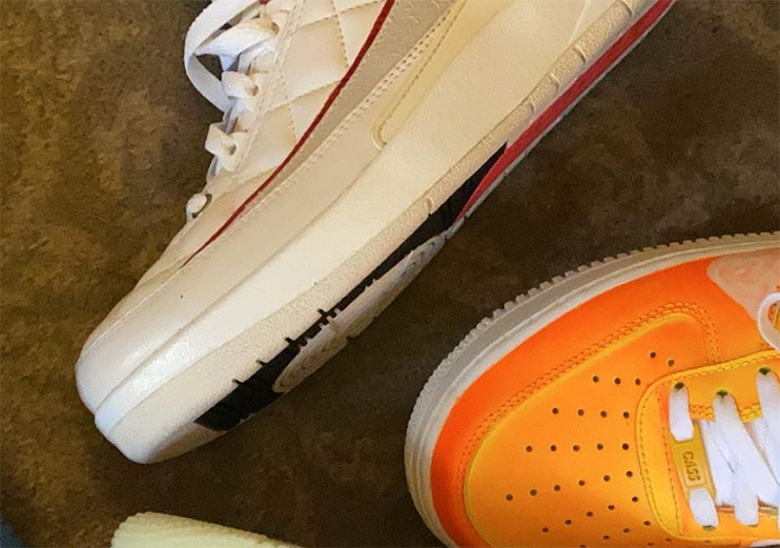 After his Air Force 1 was revealed to the public just yesterday, it seems like Don C is making headlines yet again though with a few leaks of his own. Revealed next to the aforementioned, the pairs shed light on some exclusives yet to even see official confirmation, giving yet another peek at RSVP Gallery’s Air Force fusion, an on-foot look at a bright orange set of Air Force 1 bespokes by @cass.f1, and even a subtle glimpse at a luxe Air Jordan 2 that ostensibly picks up where the past Just Don colorways left off in 2016. By comparison, however, this offering lies much lower on the radar, opting for neutrals of white marked lightly with red piping that effectively separates the quilted uppers from the nubuck-adhered paneling and smooth leather mudguards. As further accents are difficult or impossible to distinguish — though its likely Wings insignia and gold-detailed text are among them — sit tight for further information and imagery as it surfaces. 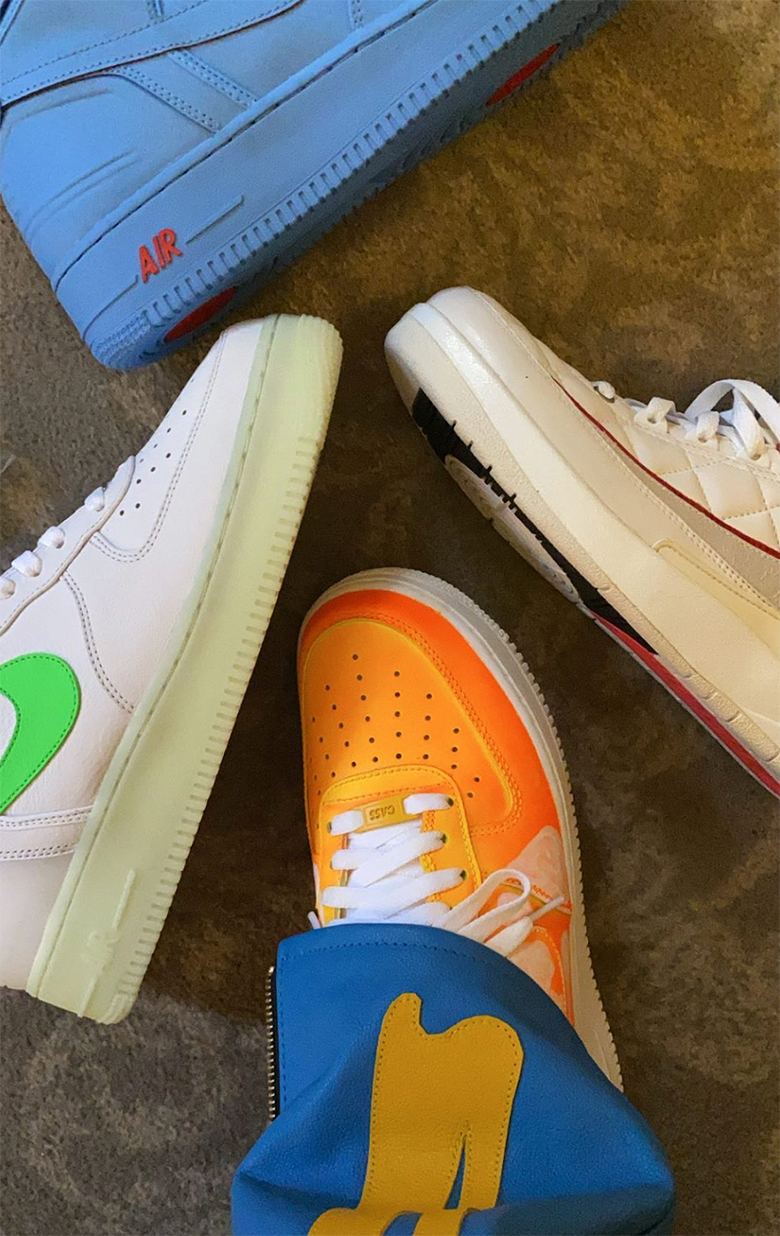