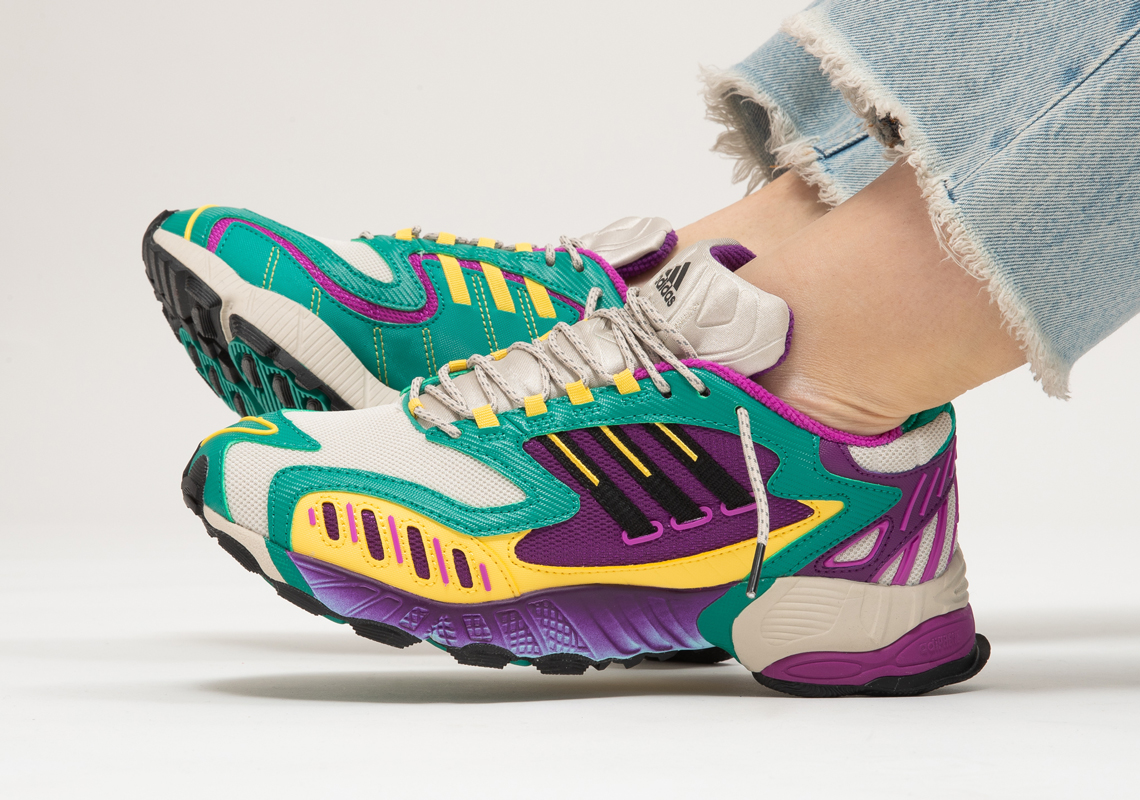 The oft-forgotten adidas Torsion TRDC reappeared late last year as part of the adidas Consortium program in a vibrant, of-its-era blue and neon palette. Though equally reliant on Torsion technology, this trail runner took a backseat as its ZX counterpart helped adidas celebrate its stabilizing system’s 30th anniversary last year. Nevertheless, a recent multi-colored outfit suggests the Three Stripes will show more love to its newly-reintroduced model. Unlike the Norse Projects Torsion TRDC, this iteration for women doesn’t depend on dull greys to create a vintage aesthetic. Instead, rich teal, yellow, and purple overlays atop a cream base evoke a retro charm currently in vogue. adiPRENE midsole unit, eyestays, and other tooling get their fare share of the multi-color medley, though “Glory Green” asserts its dominance over its animated counterparts as it takes over most of the pair’s medial side. Despite the mood-boosting color scheme, the shock-absorbing midsole comboed with the aggressive tread make this pair just as trail-ready as stylish.

Grab a detailed look at this impressive Torsion TRDC here below while you wait for information on its stateside release to roll out. If you can’t wait, European outposts like Titolo currently have this pair for approximately $155 USD. 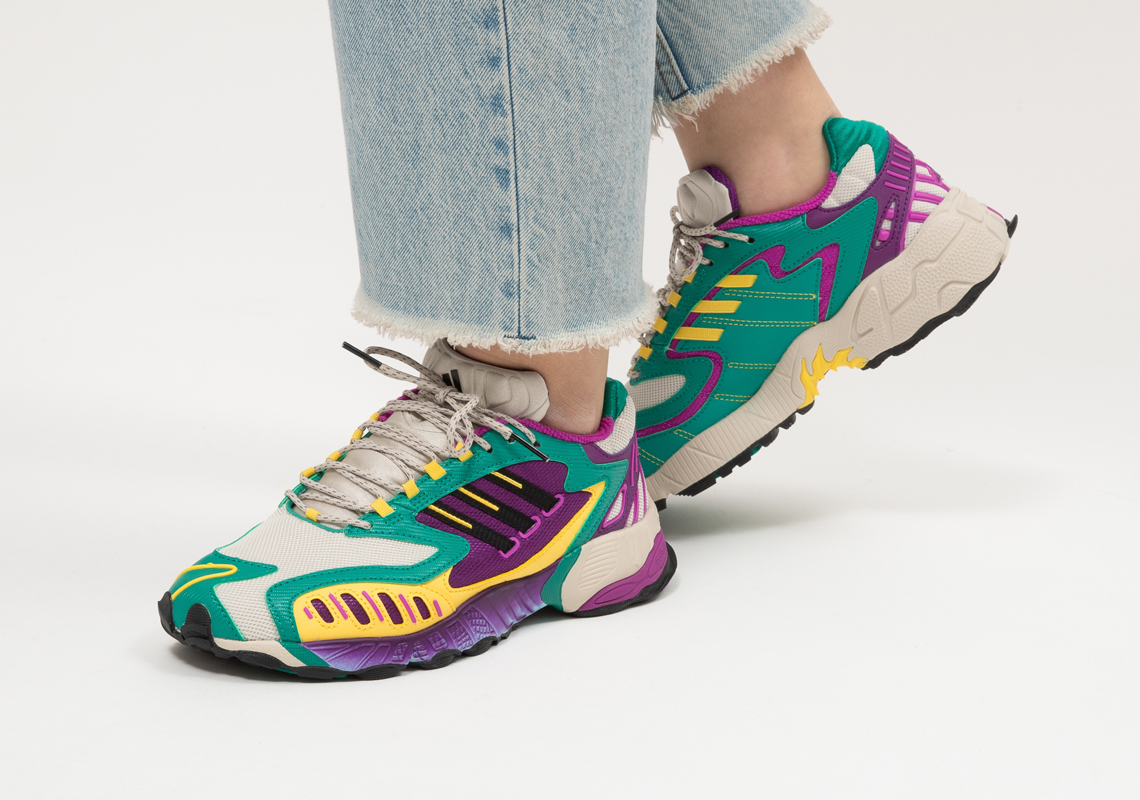 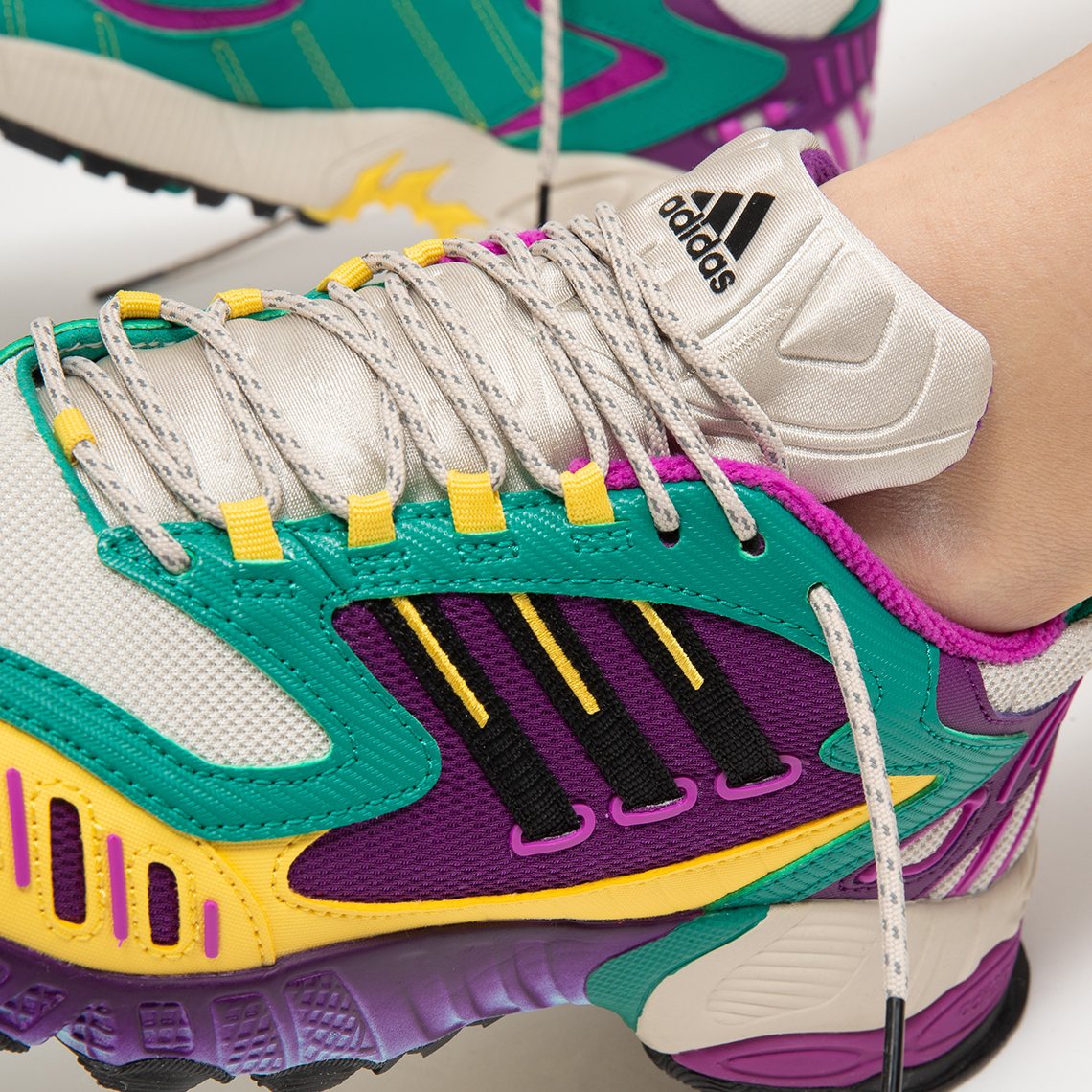 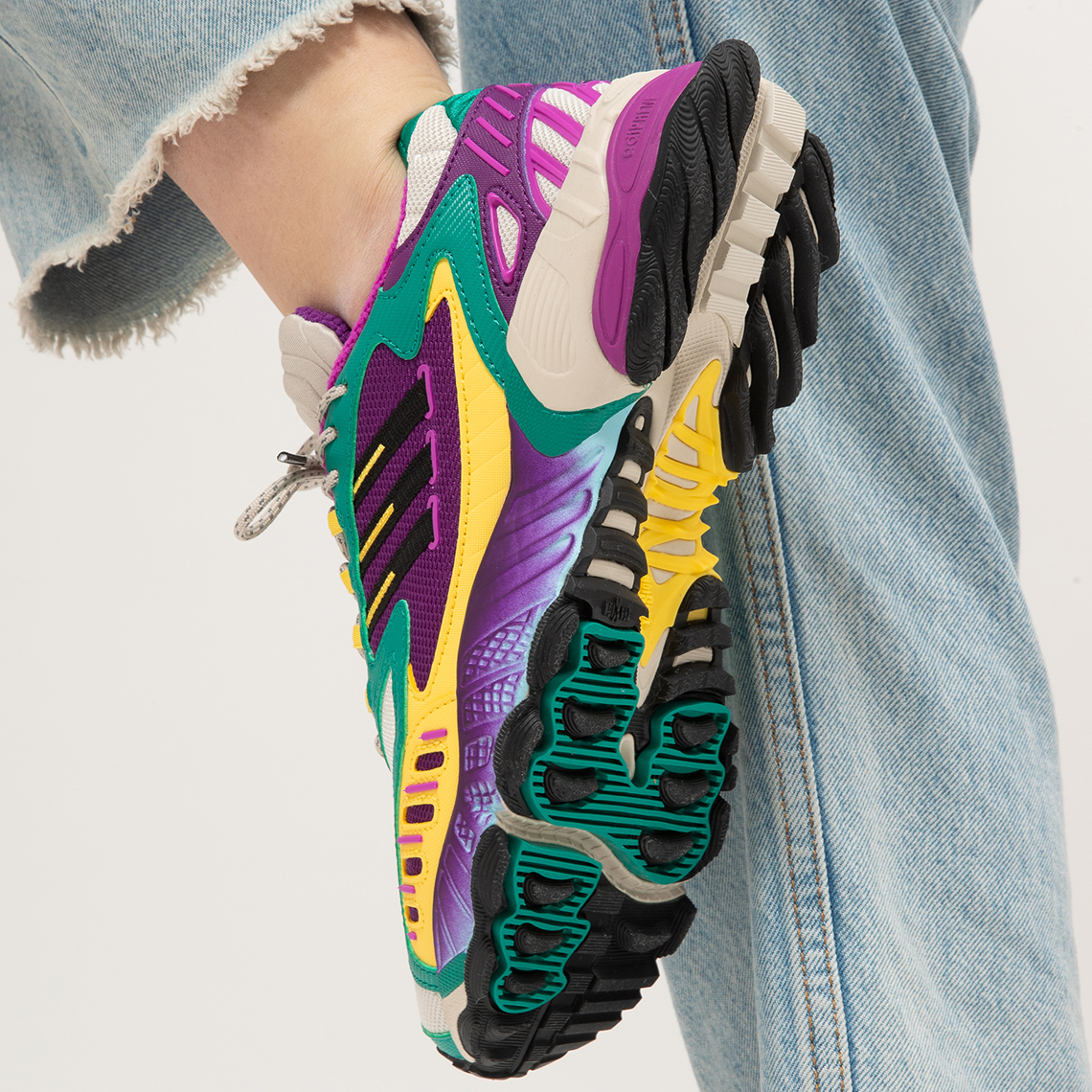 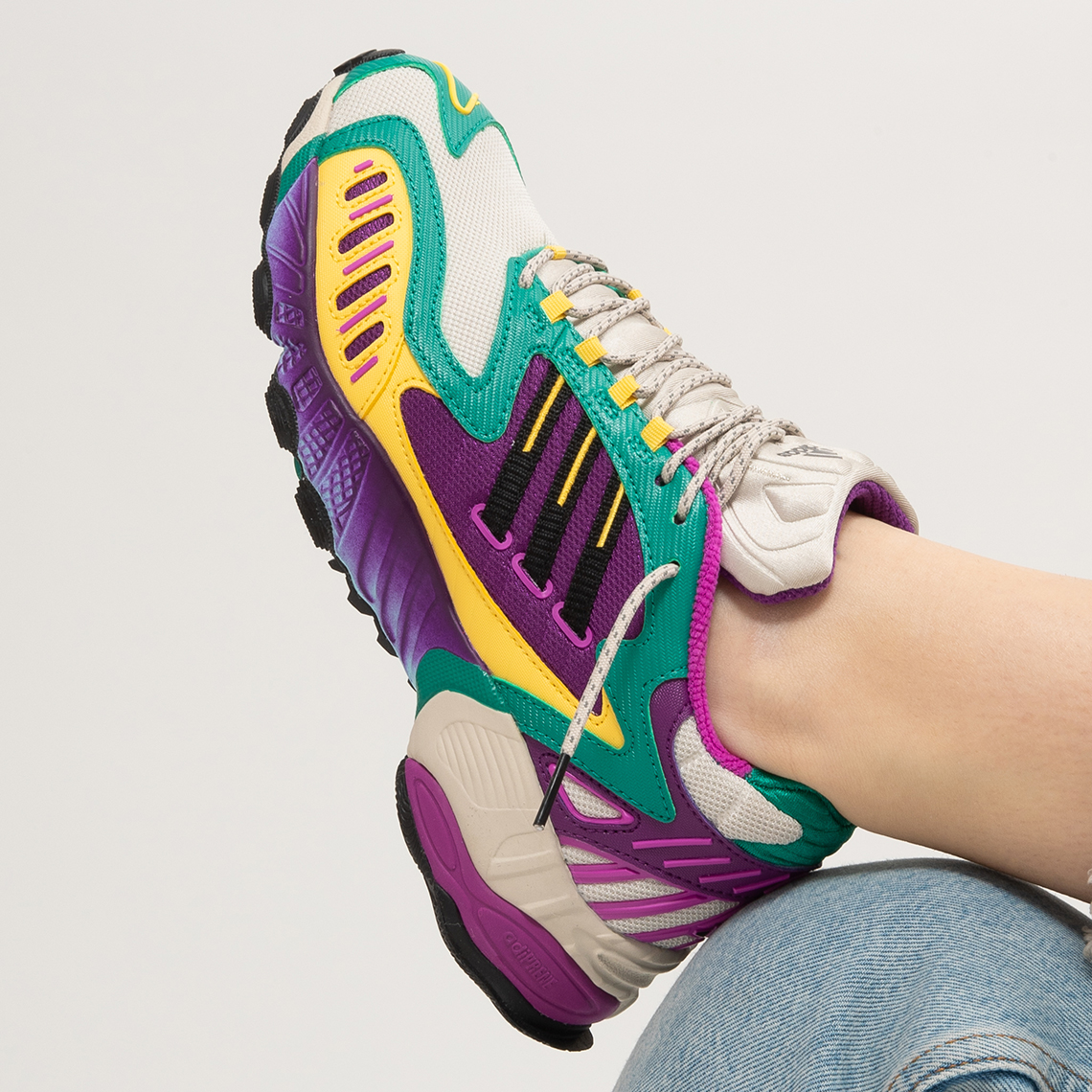 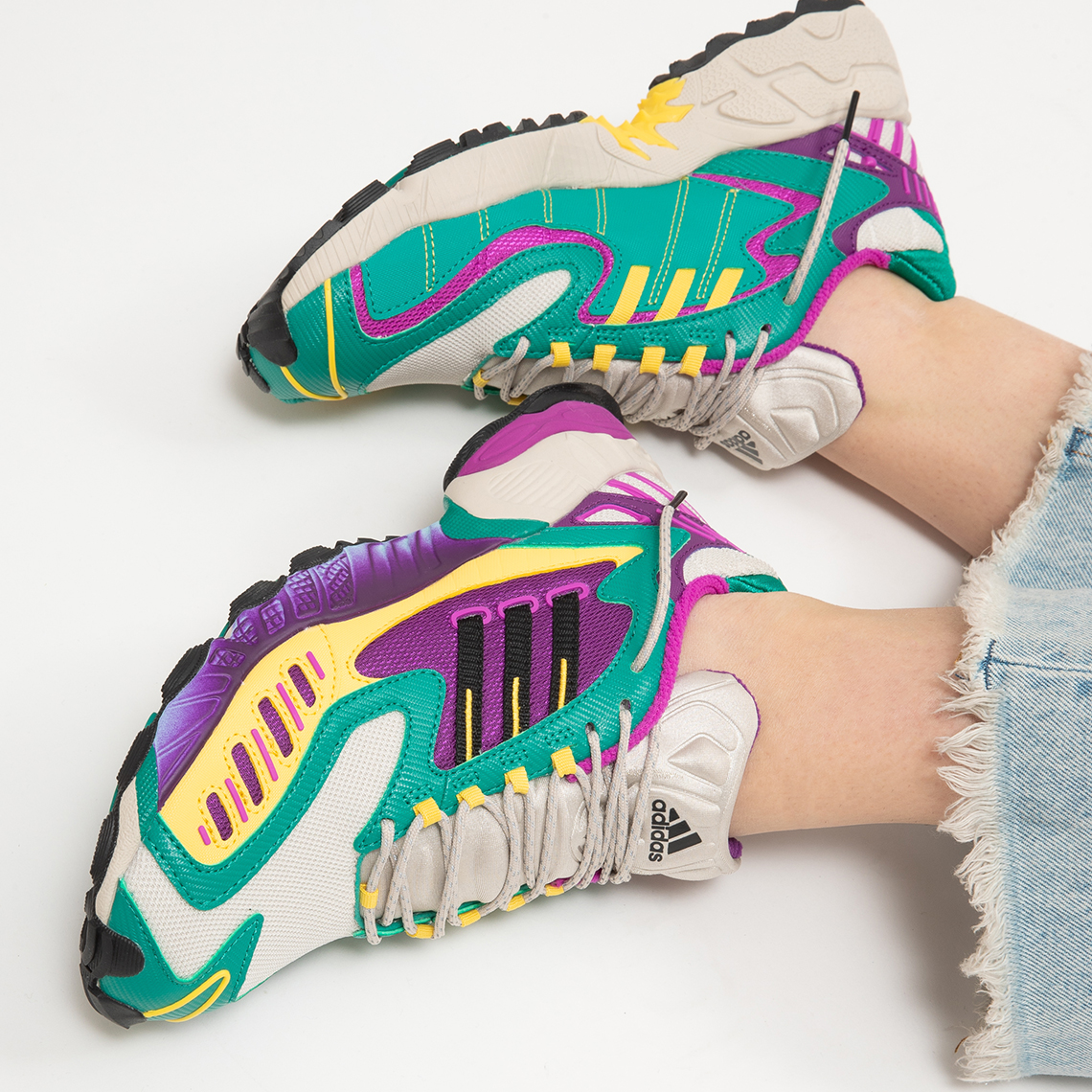 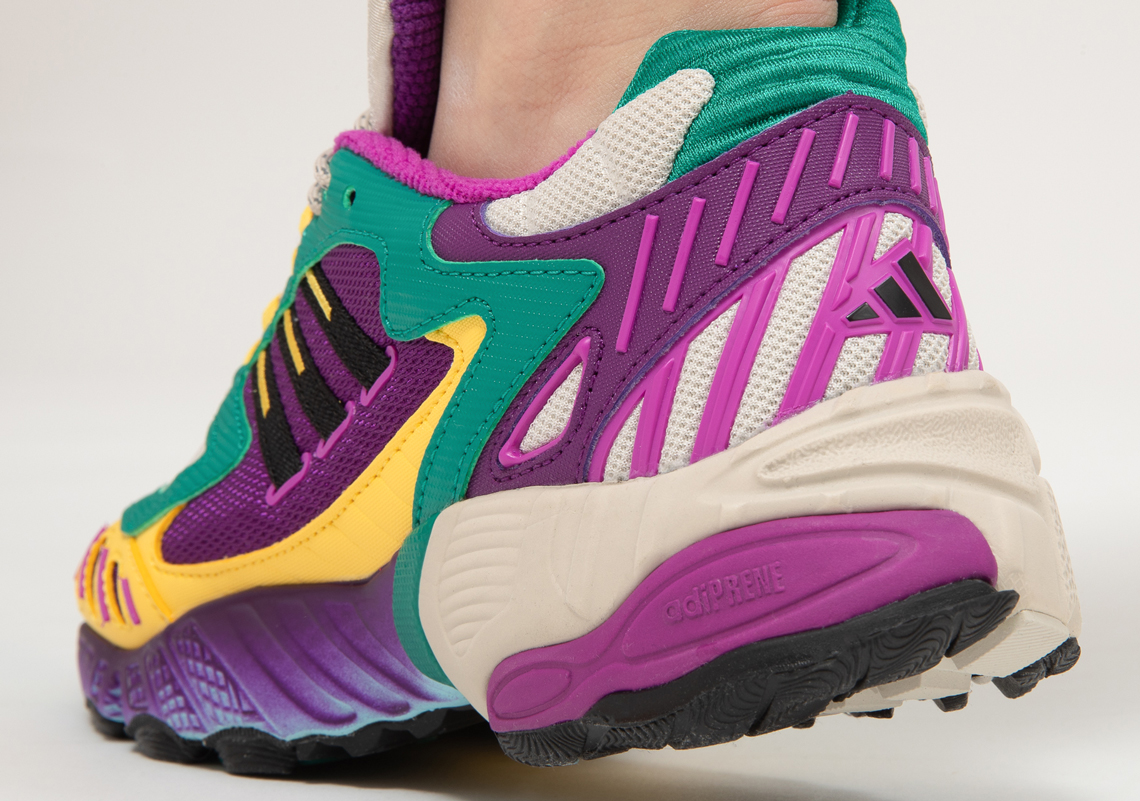