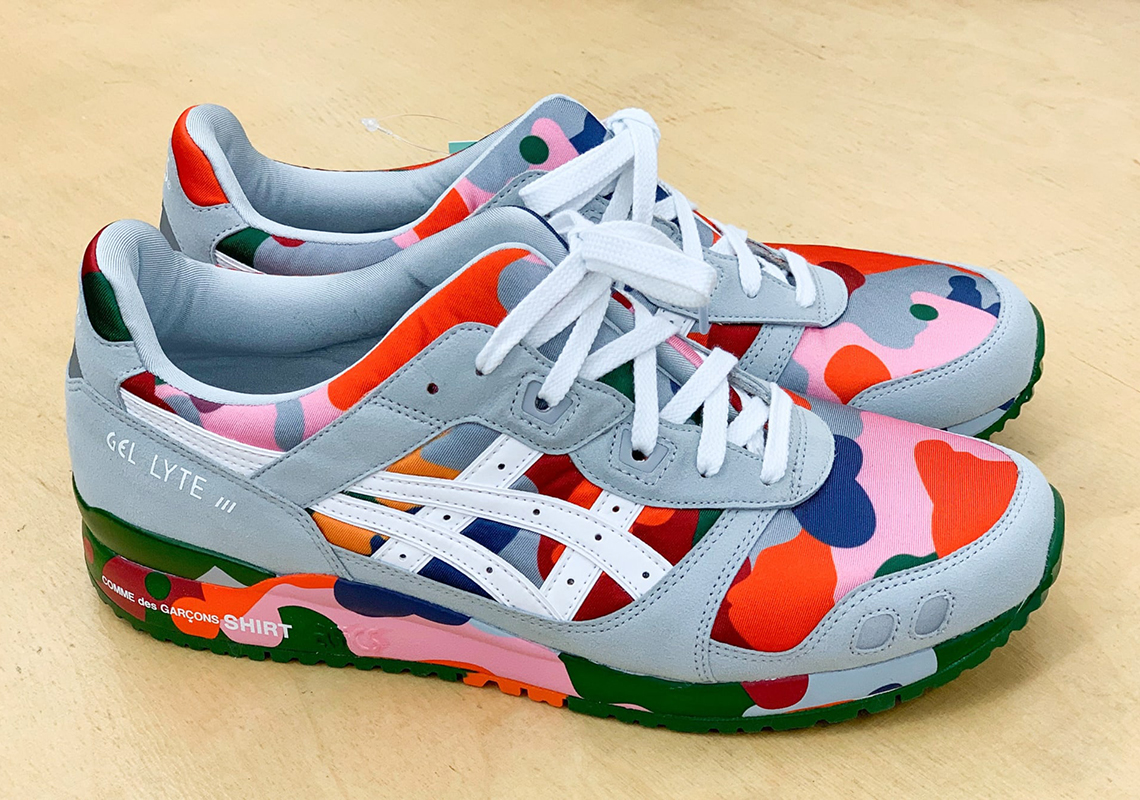 Amidst Rei Kawakubo’s ever-branching universe, there lies many a diffusion, each acting as their own label with collaborations often confined to such borders. And as Nike holds grasp over Homme Plus and BLACK, no one has yet to take ownership over COMME des GARÇONS SHIRT since Supreme x Vans let go years back — that is, however, until now. As revealed on the Paris Fashion Week runway — which held a few controversies for the famed umbrella — we caught yet another glimpse at loud patterns and abstract cuts, but the most surprising of all is owed to the cameo appearance from fellow Japanese notable ASICS who brought out their GEL-Lyte III in obvious celebration of the model’s 30th anniversary run. Speaking loud as is fitting, the pair plays heavily with color, swapping the traditional earth tones found in camo prints for a statement palette of pink, orange, blue, and green. Even sole units bear the vibrant treatment, applying it atop the midsole walls with a small break at the heel in the shape of the imprint’s namesake. Elsewhere, overlays and accents are kept neutral to refrain from exhaustion, with hits of grey seating the smooth leather overlays and white detailing the tiger strike logo as well as the laces. Grab a close-up look at the pair right here and expect to find it hitting stores come the Fall/Winter 2020 season. 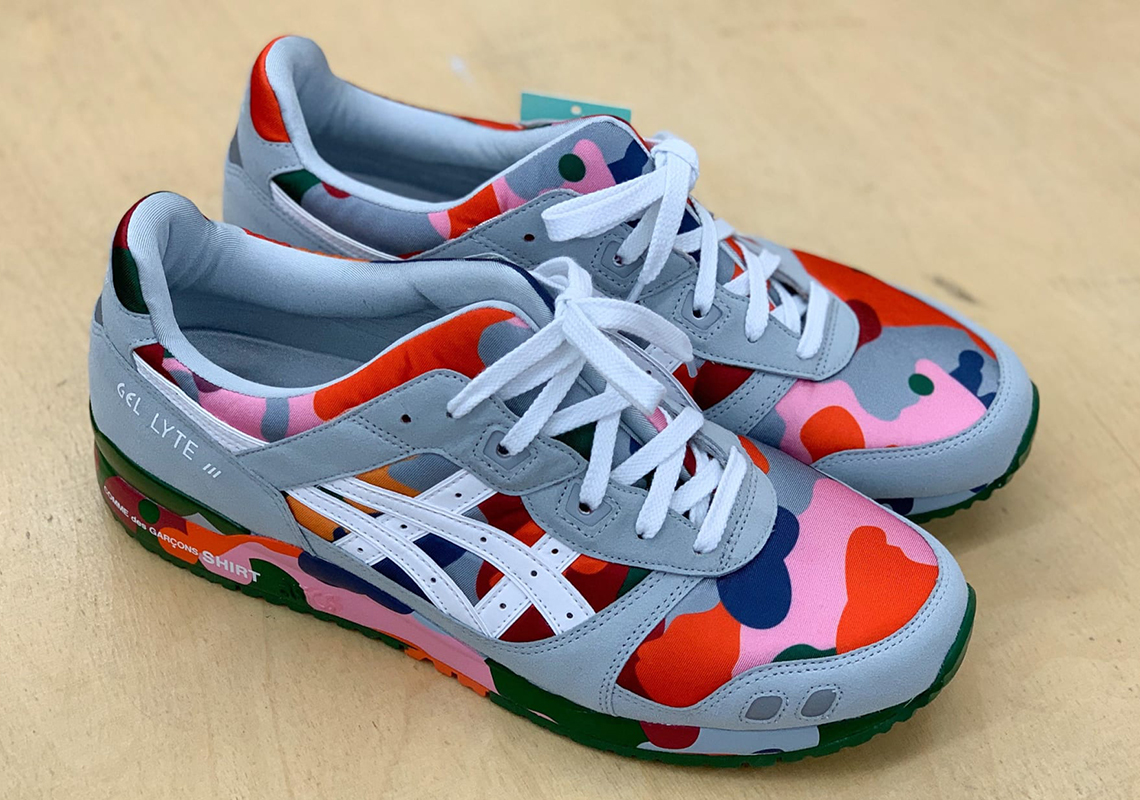 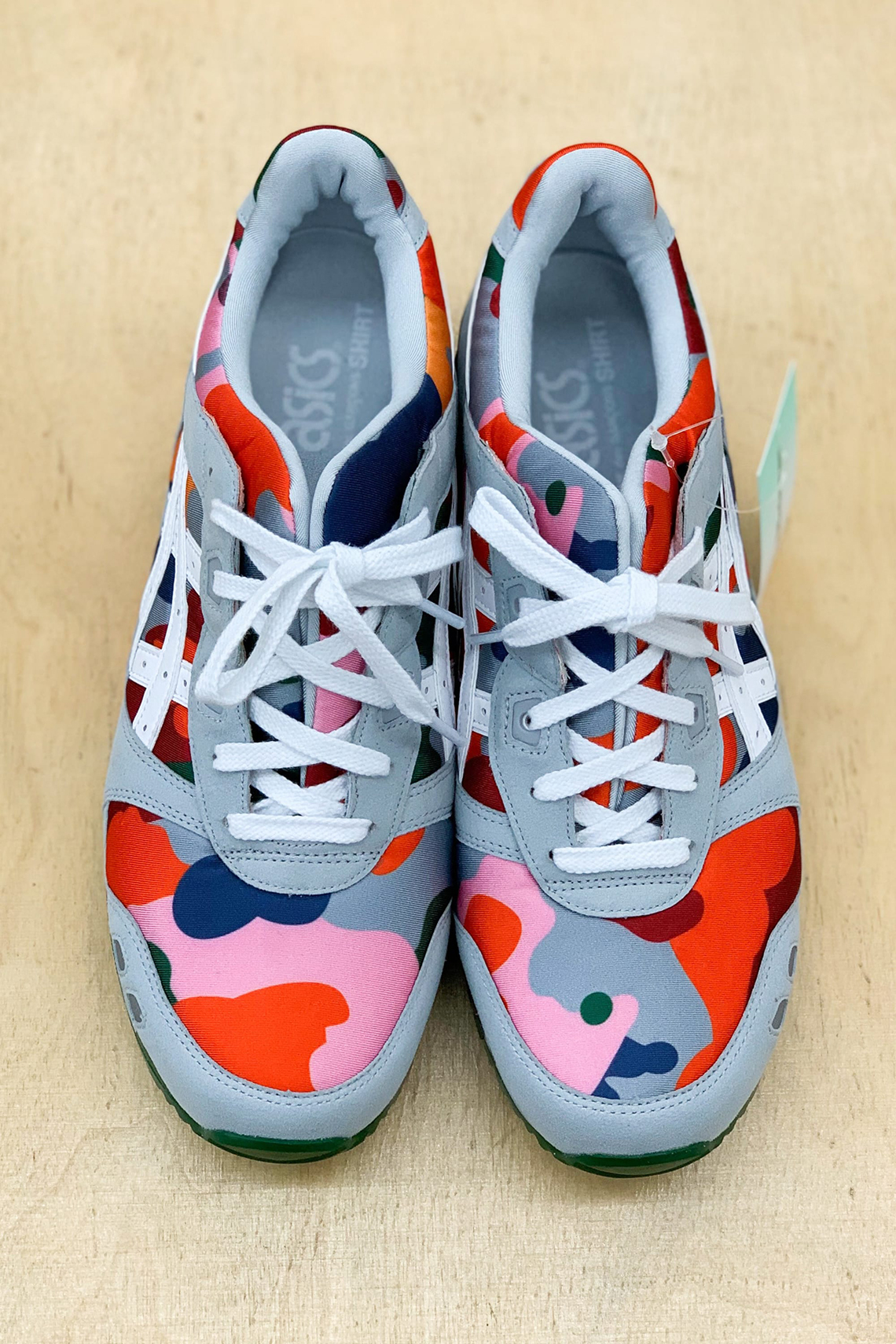