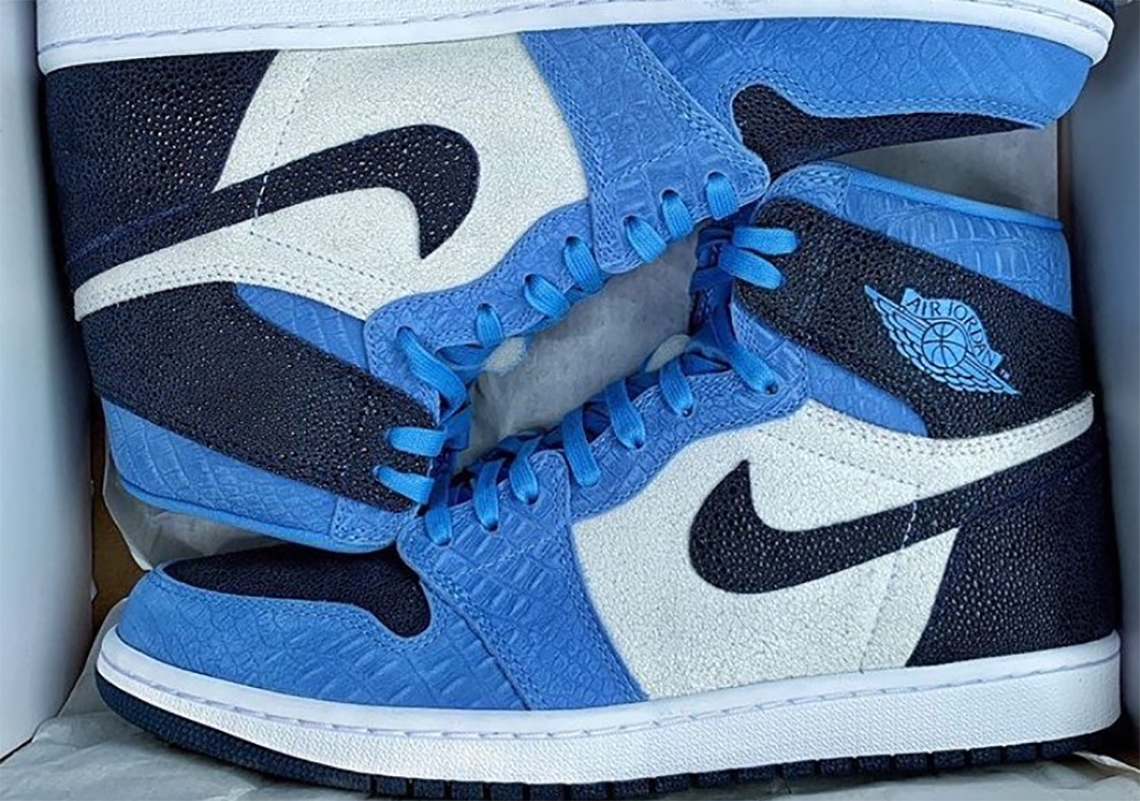 Following the Nike news announcements that officially confirmed the Air Jordan 1 Retro Hi ’85 “New Beginnings” and “Varsity Red” colorways for February, the iconic silhouette has managed to fully capture the attention of the sneaker community. And while it definitely has been stirring up some excitement regarding its public releases, it’s been running a special player exclusive side project recently involving the Jumpman’s collegiate football sponsorships. Already seen making pit stops throughout most of its powerhouse schools in Michigan, Oklahoma, and Florida, it’s finally reached its fourth and final destination, (and quite possibly its most meaningful institution) the University of North Carolina. Similar to the previously mentioned iterations, the materials are kept consistent as the uppers feature a textured blend of reptilian scales and stingray leather panels. However, this latest variation was made specially for the alma mater of His Airness, therfore the color swatches of white, dark navy, and its notable “University Blue” are used throughout its entirety to appropriately speak to the spirit of Tar Heel Nation. In addition, a literal devotion is made to the school via its “UNC” emblem stamped onto the left tongue. See a detailed look here ahead.

For additional news related to the upcoming retro drops, be sure to peep our Jordan Release Dates page. 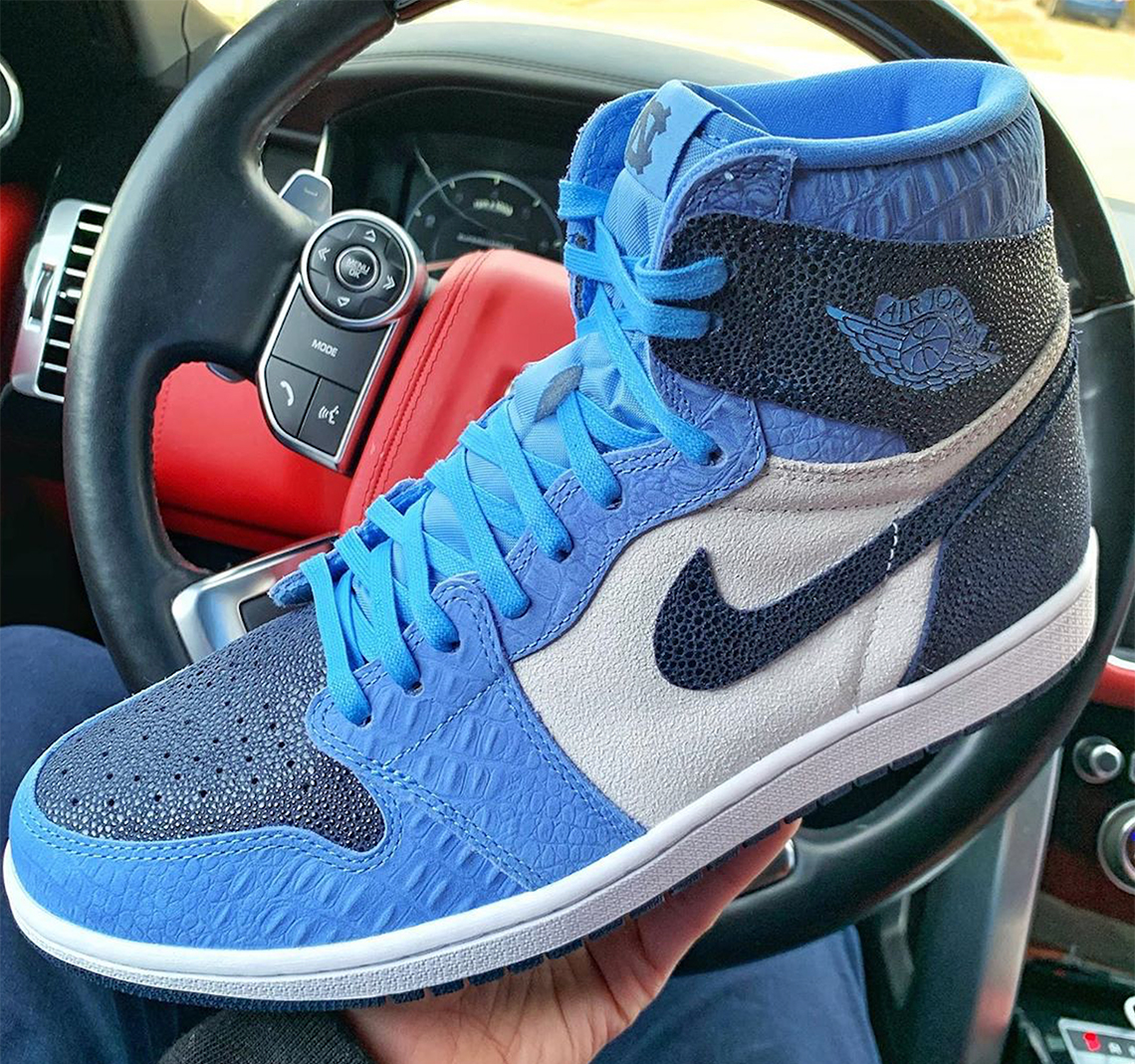 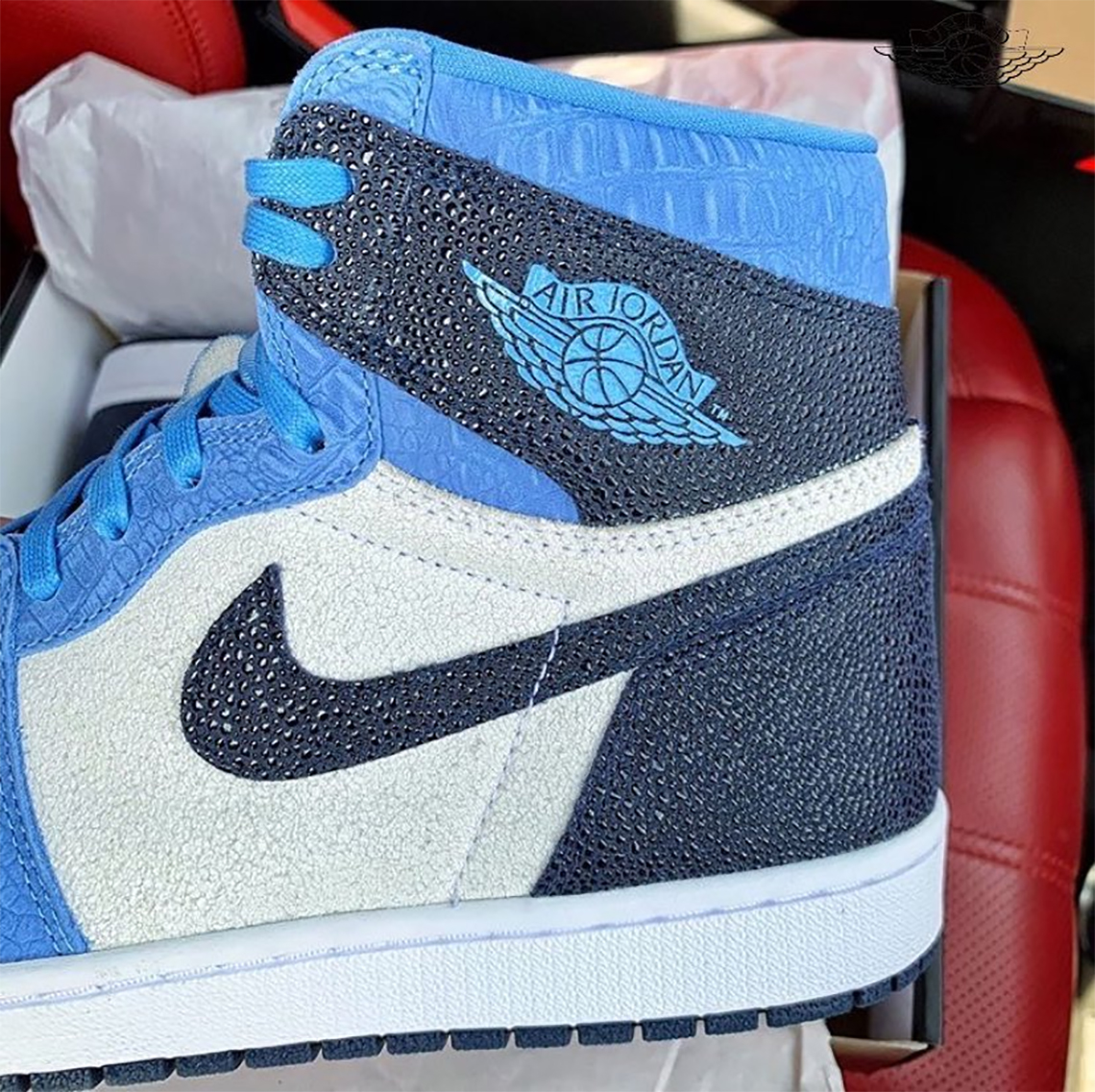 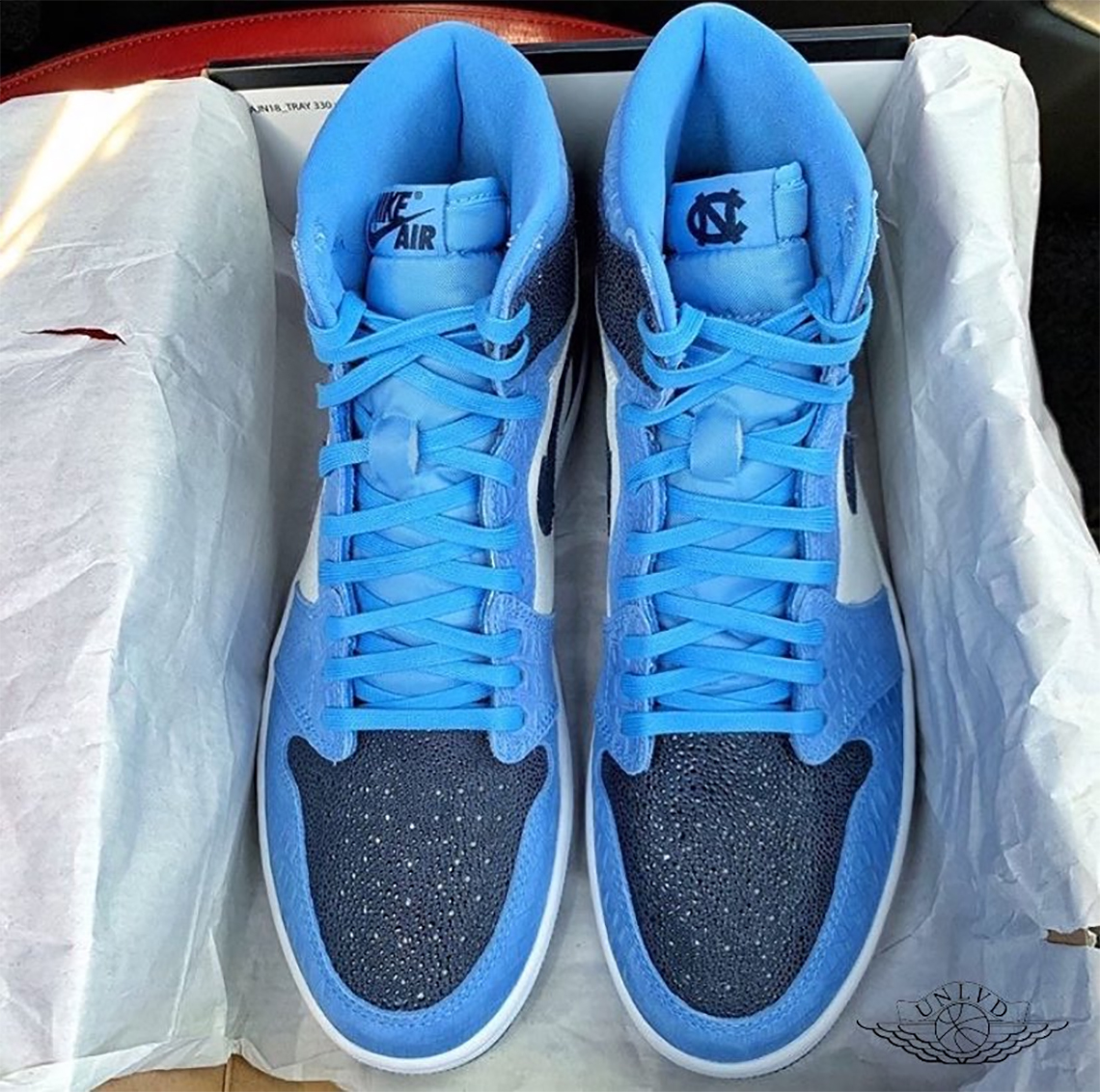